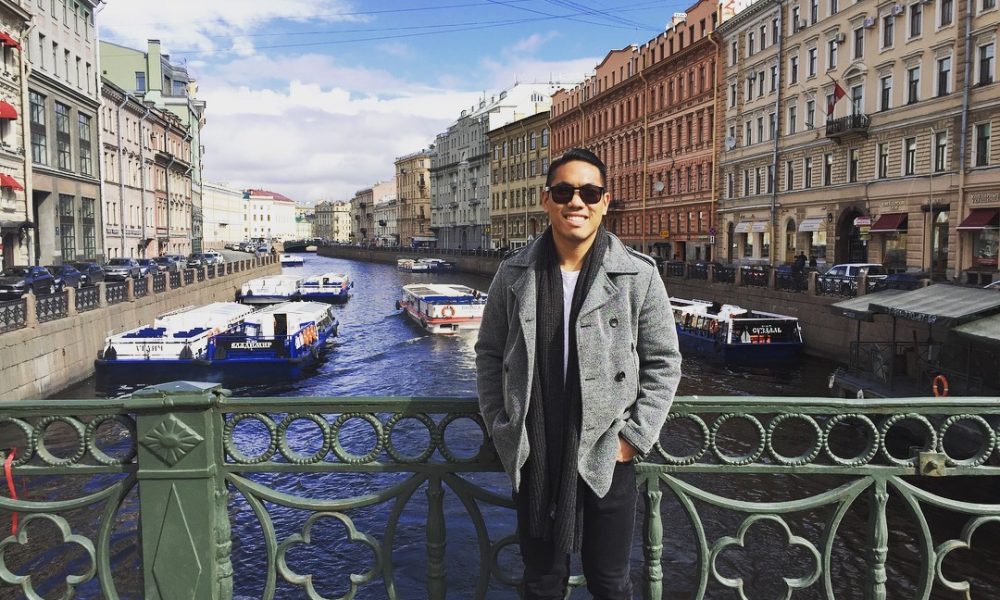 Today we’d like to introduce you to Anthony Fung.

Anthony, we’d love to hear your story and how you got to where you are today both personally and as an artist.
My name is Anthony Fung. I’m a drummer, composer, educator and band-leader based in North Hollywood, originally from a small town in Ontario, Canada called Richmond Hill. I grew up as a first-generation Chinese Canadian, my family originating from Hong Kong. My father passed away when I was four years old, leaving behind my mother, Cecilia and my older brother Ambrose.

My story begins from being inspired by the motion picture “Drumline” at the age of ten. Little did I know this movie would change my life forever. A week later, my mother enrolled me in drum lessons at the local music store. I was lucky enough that my first drum teacher, Tim Shia exposed me to a great variety of music including bands such as Nirvana, Rush, AC/DC all the way to the sounds of Miles Davis and Dave Brubeck. Unfortunately back then, there was no access to drumlines in Canada, so I was forced to learn the drumset as a whole instrument. Fast-forwarding to my first week of high school at the age of 14, I saw a poster that announced “Auditions for the St. Michael’s College School Drumline.” I jumped at the opportunity, auditioned and got accepted as a snare drummer in the first-ever Canadian scholastic drumline. During my time in highschool, I continued being an active member in the school music curriculum as well as taking lessons at a Saturday Jazz Program at Humber College. My teachers at this college included Juno nominated saxophonist, Kirk MacDonald, drummer Frank Botos and bassist Jim Vivian (all local Canadian musicians.)

As it became more clear that music was an art that I wanted to pursue seriously as a career, I took the initiative to audition for American all-star jazz programs including the Berklee Five-Week Jazz Workshop in Boston, as well as the Monterey Next Generation Jazz Orchestra in California. I was fortunate enough to be accepted as the drummer for these two programs where I was bumped heads with some legendary musicians and became exposed to like-minded individuals from around the world. My purpose in music began to solidify and I didn’t look back.

After auditioning for a number of colleges in New York and Boston, I found myself pursuing my undergraduate & graduate degrees at my dream school – The Berklee College of Music. It helped that many of my peers also moved to Boston at the same time. While I studied at Berklee, I auditioned and made it into the Berklee Global Jazz Institute led by UNESCO Artist for Peace, Cultural Ambassador to the Republic of Panama, pianist and visionary – Danilo Perez. It was during these next few years where I studied closely with luminaries such as John Patitucci, Joe Lovano, Terri-Lyne Carrington, and George Garzone to name a few, engage in local outreach work at senior homes, psychiatric hospitals, prisons and homeless shelters as well as traveling abroad in cultural exchanges in West-Africa, Panama, and Spain. This program not only showed me what a musician is capable of but to envision life with a bigger picture and to use music to affect our communities in a positive way.

With a continued hunger for education, I decided to test my chances at auditioning for the prestigious Thelonious Monk Institute at UCLA. As a young student in Canada, I saw this program as the pinnacle of jazz mentorship in America. The reason being…it’s a two-year full-scholarship intensive study in Los Angeles with the jazz greats, where only one band is selected every two years. After being selected as a semi-finalist, I flew to Los Angeles and auditioned in front of my heroes Herbie Hancock and Wayne Shorter. The audition process was long and nerve-racking but after many hours, I was selected as the first Canadian ever to attend the Thelonious Monk Institute class of 2018! With this great honor, I was also faced with a dilemma where I had to leave my family, friends and teachers back home and move to Los Angeles full-time. I didn’t hesitate, took a leap of faith and hopped on a plane months later. While studying, I learned how to compose, hone my craft as a drummer, travel to Cuba, Alaska, Panama, & Russia to perform and learn side-by-side with Herbie, Wayne, Jimmy Heath, Steve Nelson, Chris Potter, Robert Hurst, Jeff ‘Tain’ Watts, Terri-Lyne Carrington, Danilo Perez, Billy Childs and Geoff Keezer to name a few.

After graduating, I decided to continue living in Los Angeles to dive deeper into the music scene. Since then I’ve been very blessed to have share the stage with the likes of saxophonist, David Binney – (where we traveled internationally to Ho Chi Minh City Vietnam, Melbourne Australia, Toronto and Montreal); Eric Reed, Alicia Olatuja, John Beasley, Billy Childs, Munir Hossn, Mark “Pelli” Pellizzer, Danny Janklow, Josh Nelson, Dayna Stephens & many other great artists.

As a bandleader, I’m continually working on my own music and projects. In 2018 I released my sophomore record entitled “Flashpoint,” where it scored a raving 4-star review in DownBeat Magazine as one of the best albums of 2018 & 2019, as well as a feature write-up in WBGO.

Music has given me passion and purpose. What a blessing and privilege it is to do what I love to do as my job. I’m excited to see where life brings me next!

We’d love to hear more about your art. What do you do and why and what do you hope others will take away from your work?
As an artist, I’m constantly trying to create a product that is honest and true to my vision. As far as creating, I’d like to think of myself as a composer and orchestrator; not only in the writing process but also while playing the drums.

As a drummer, I try to listen to music with a big picture in mind. I trust my ears and also trust the musicians around me. When the music starts, I try to imagine that each player is apart of the team or “band” in this context. I generally take a step back to hear what other musicians are offering on the table and give my input when the time is right. It’s important for me to play with as much dynamic range as possible…to the point where a whisper is a whisper and LOUD is LOUD.

Composing is a whole other beast. It never came naturally to me until I studied at the Thelonious Monk Institute. During these two years, I was surrounded by six unbelievably talented composers from around the world, and I did not want to fall short and let them down. There is also a stereotype that drummers can’t compose! This gave me a little kick in the butt to really hone in on MY VOICE and what I wanted to put out into the world. Sometimes composing can take two weeks, and only four bars of music comes out. Sometimes an entire composition comes out in a half-hour sitting. Ultimately, I’ve found that I draw inspiration from my everyday life and what is happening in the world.

Some of my favorite compositions that I’ve written have all been inspired by a specific purpose or event. One of my songs entitled “A Call for Peace” was a prayer for my best friend’s family, in which he was unable to contact his family after the destruction of Hurricane Maria in Puerto Rico. Another entitled “St. Augustine & the Devil,” was inspired by a painting from Michael Pacher.

I hope that people who listen to my music can feel something positive or emotional. If it can help them through their everyday lives, I’ve done my job. More importantly, growing up as a first-generation Chinese-Canadian, where families are generally not supportive of a career in music, I hope to inspire and enable other Asians around the world to dream big and believe that they can truly achieve their goals no matter how big or small.

How can artists connect with other artists?
Be positive, stay humble, and continue working on your craft. It’s normal for an artist to have moments of solitude. For me, being a part of a community is what gives me strength and inspiration to share something that’s unique. Something that’s helped me to integrate into the Los Angeles music scene has been going out and supporting my friends and peers at their shows, as well as seeing and making connections with older generations and asking them about their own process.

Another piece of advice I would give is to have short-term and long-term goals. Remember, it’s not a race! This is something I have to tell myself often, especially with social media and seeing all the amazing things people are doing around the world. Sooner or later, the world will reciprocate and you will be bumping heads with people you would have never dreamed of working with.

Do you have any events or exhibitions coming up? Where would one go to see more of your work? How can people support you and your artwork?
My album “Flashpoint” is available on all streaming platforms as well as available in physical copy on iTunes and Amazon! You can view the official album trailer here: https://www.youtube.com/watch?v=Gfc6lEKheHQ. For any updates on local or international concerts, please follow me on social media on Instagram or Facebook. I also perform often in the Los Angeles, so if you’re in the area, please feel free to drop on by to one of my shows, it would be great to meet you! 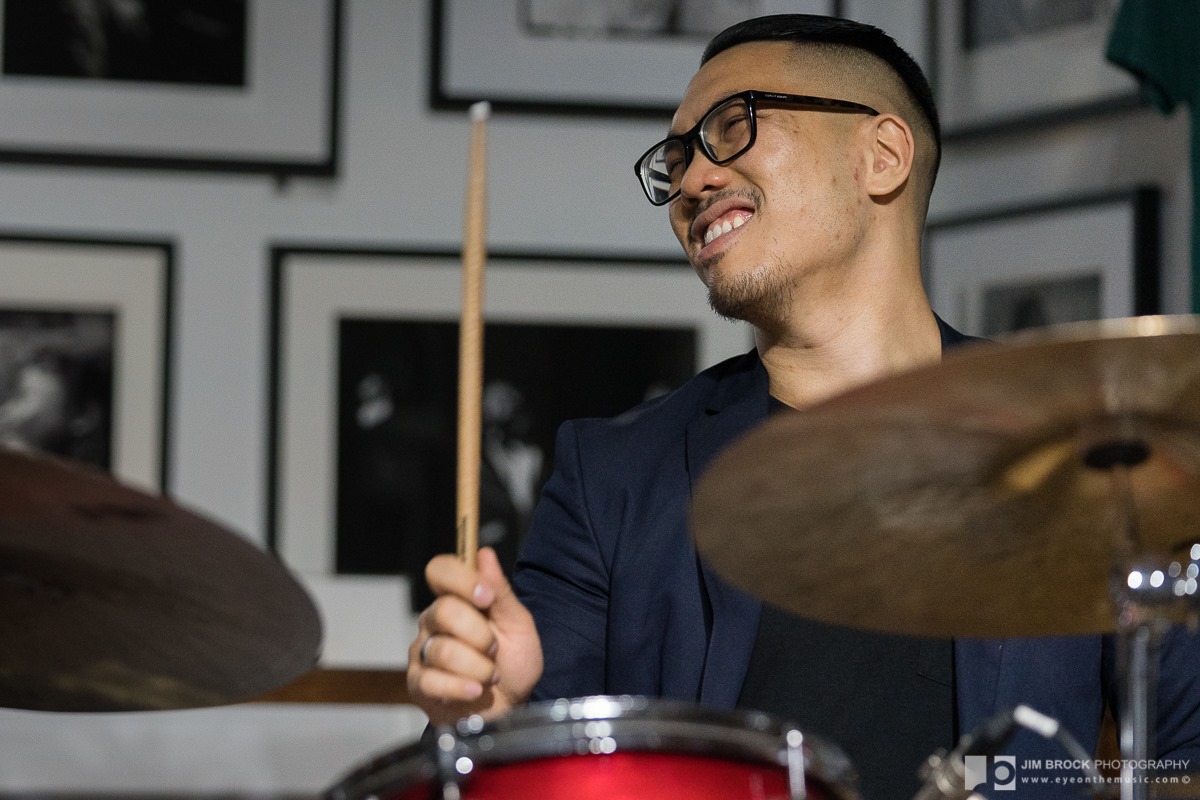 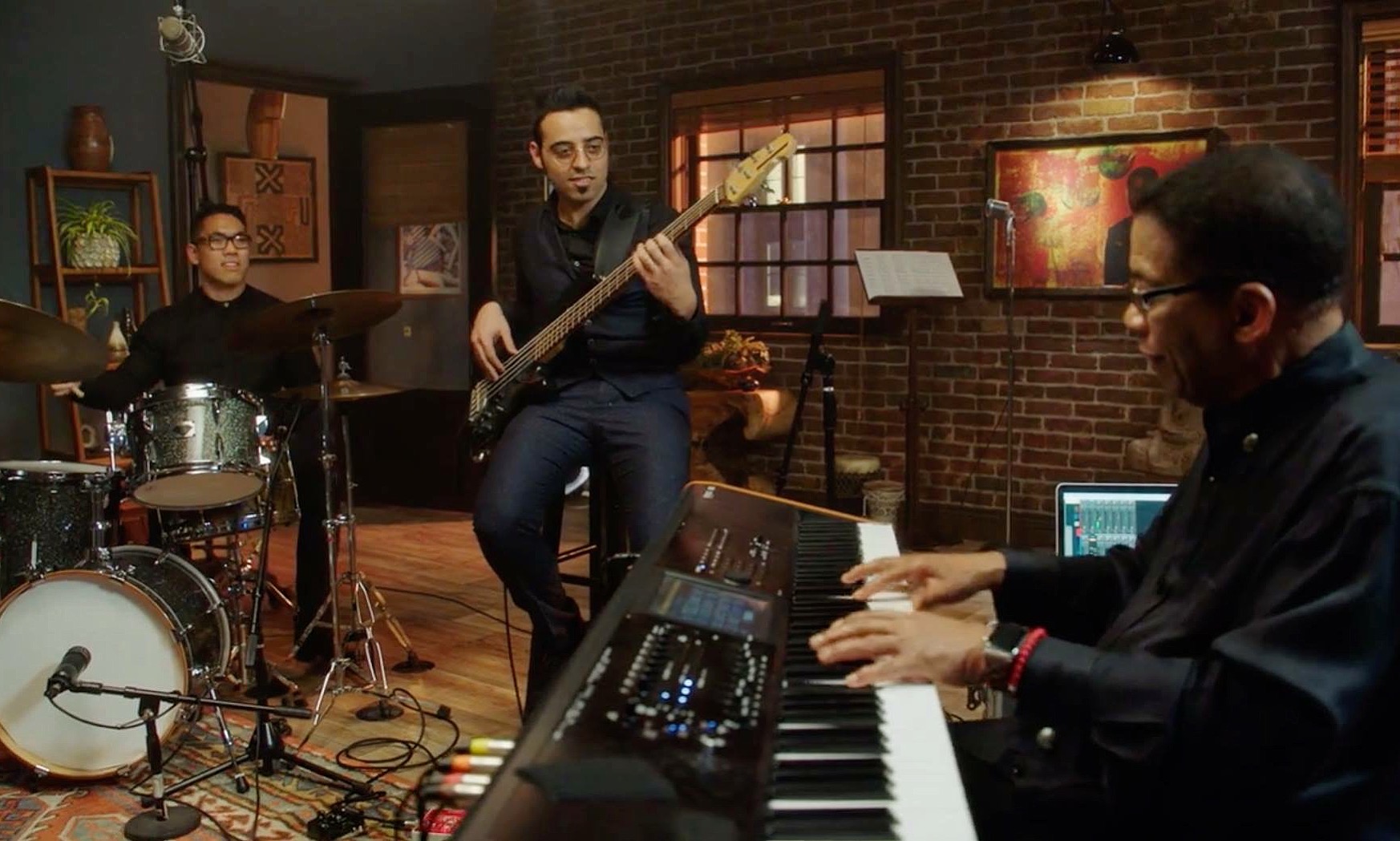 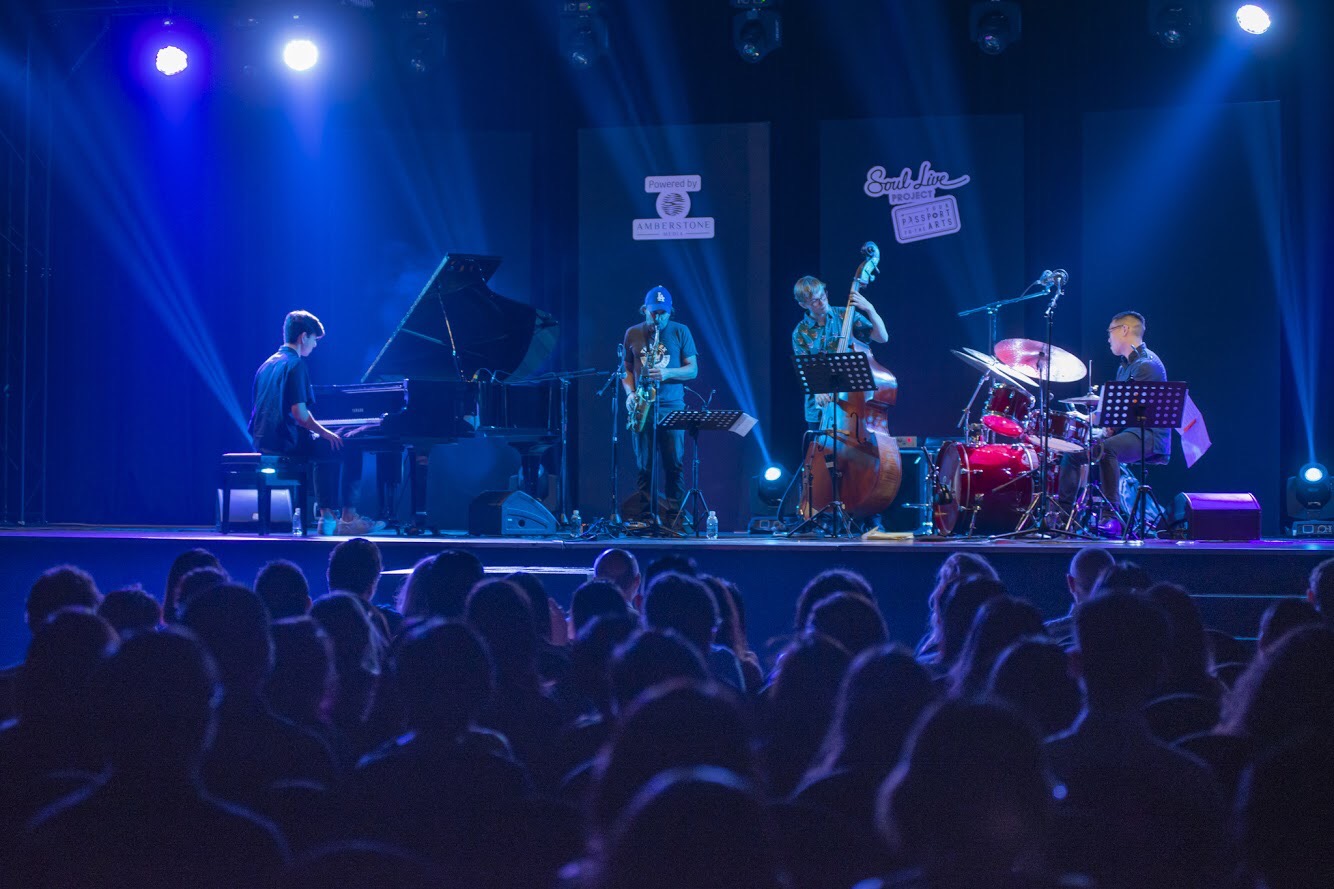 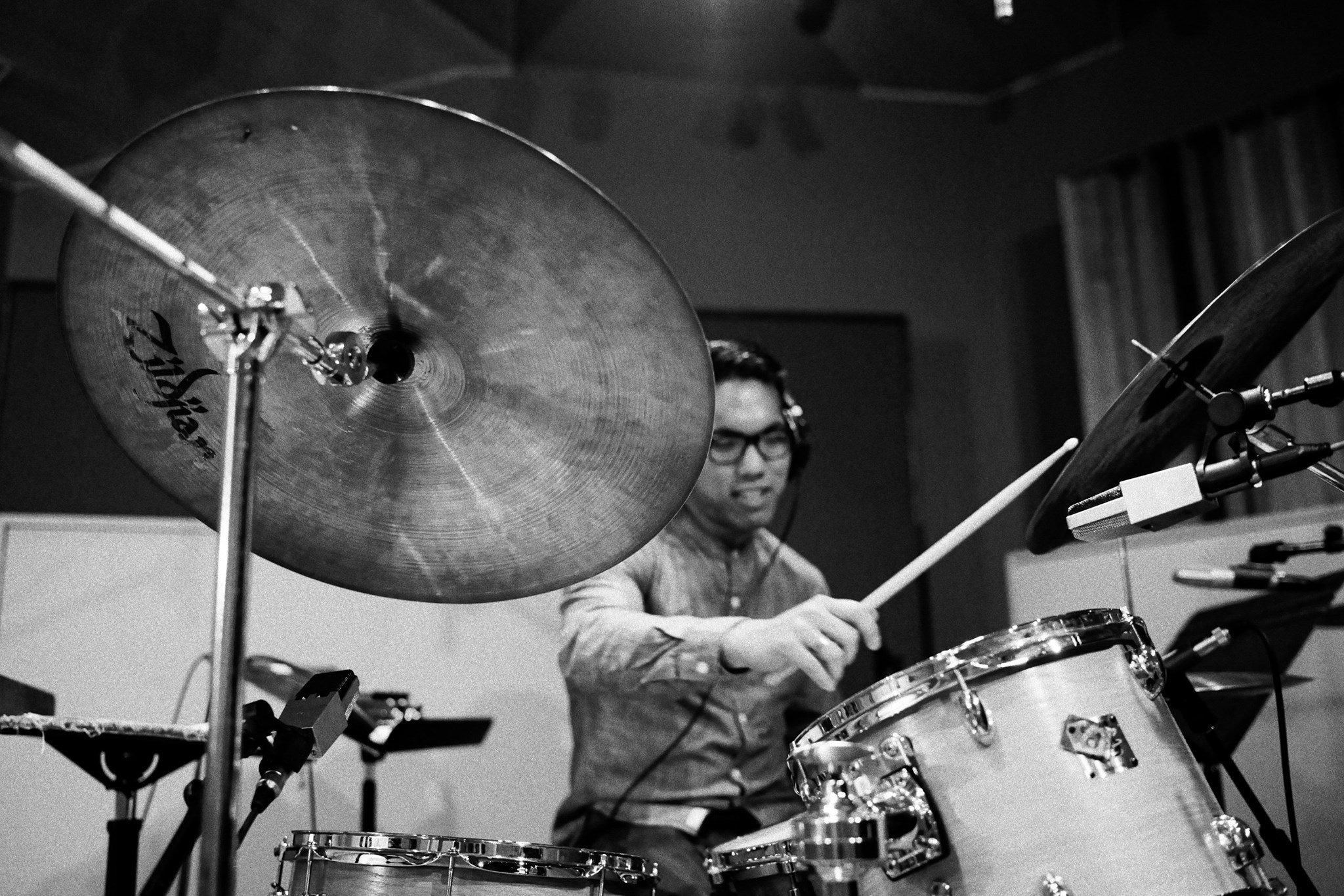 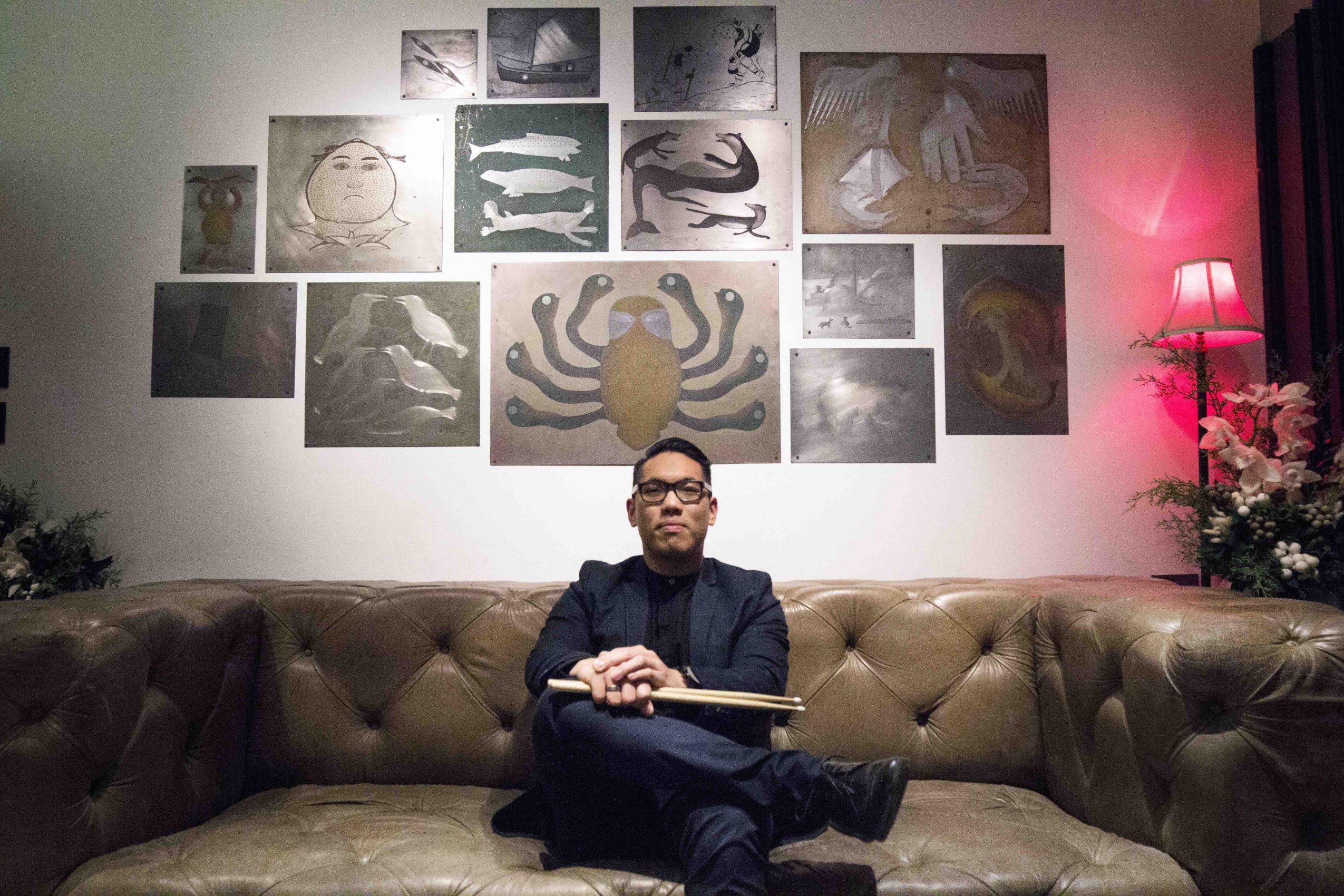