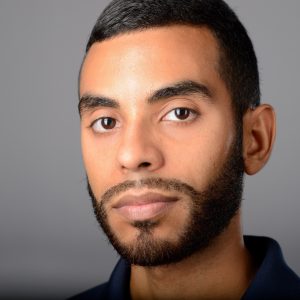 Today we’d like to introduce you to Alberto “Mojo” Peña.

Mojo, we appreciate you taking the time to share your story with us today. Where does your story begin?
Starting in the present, I flew the coop from Kissimmee, FL to Los Angeles in September 2020. I’m a filmmaker and currently enrolled in UCLA’s Professional Program for Screenwriting and TV Writing, with plans to hop onto the directing and acting program next. I’m the son of Alberto and Placida Peña, two immigrants from the Dominican Republic. My birth name is Alberto Peña. But to family, friends, and colleagues, I’m better known by my childhood nickname – MOJO. I became Mojo in 2005 when I moved from New York to Kissimmee (south of Orlando) because I kept reciting lines from my favorite movie: Austin Powers in Goldmember, making all my classmates laugh. For Austin Powers, mojo is a sort of swagger. For me, it’s a reminder and a link to my desire of film. This nickname was the start of my entertainment career. Not literally in show business, but I realized that I loved getting a reaction from people on something I did or said. This led me to be more creative on how to “entertain” my classmates and family. Back then, it was in the form of jokes and drawings.

My love to tell stories and entertain soon evolved. I discovered my passion for writing in high school through my AP English & Literature course taught by Ms. Christine Grantham, where I read the works of Mark Twain, Gabriel García Márquez, Leo Tolstoy, Edgar Allen Poe, Langston Hughes, Robert Frost, and others. These authors inspired me to critically think about the message behind their words. I learned that one could express many thoughts, emotions, and ideas in a piece of writing. This inspired me in my screenwriting journey. Since then, I’ve been a proud apprentice of film. My methods of studying this craft include reading screenplays, watching a film to note what was used and left out from the original script, and breaking down scenes to analyze theme, tone, character feelings, and stakes. I have formal education and much practice outside the classroom. There’s nothing I love more than thinking of an idea and doing whatever it takes to bring it to reality. That’s my drive. It’s what I dedicate my life to. Since 2012, I’ve made over 80 videos and short films, with aspirations to soon shoot my first feature film. My close friends and I created Boggy Creek Films on YouTube and have reached close to 550,000 views on our documentary – Stories of the Kosovo War (2019). At the young age of 24, I know I’m far from my prime. I consider that a good thing because I’m hungry and want to keep learning so I can improve at my craft.

We all face challenges, but looking back would you describe it as a relatively smooth road?
The roads are not always paved the best when you want a career in the film/TV industry, but the fun comes from the journey. I thank my parents for their support and embrace my Dominican roots for giving me the instinctive fight to succeed. My spark for cinema started in 2011 when I met one of my closest friends, Shan Karemani, and we both had the same “crazy” idea of making skits, something none of our other friends wanted to do. So we filmed some hilarious comedy bits on our iPhone’s. This continued for a couple more years until we finally upgraded to a real camera. Not having adequate equipment was our main struggle because we never had the budget to get nice lights, audio, tripods, green screens, etc. Having to figure out how to take the idea in our head and create it on our iPhone was some of the most creative filmmaking I’ve ever been part of. Further down the road, I struggled with the idea of how to become a filmmaker.

Graduating in 2019 from Stetson University with a bachelor’s in Sports Business and Sales, there wasn’t a film program for me to use as support. So I had to self-teach. The best teacher was practicing the craft. As chance would have it, a film festival, called Campus Movie Fest, came to our university in 2015. Again, Shan and I had a “crazy” idea to enter, never having participated in a festival. This was a huge opportunity because we got to rent equipment we didn’t have access to before. Finally, we could use some nice lights and audio equipment. After two years of participating, Shan & I broke the Stetson University record by creating seven videos in under a week. Five out of twelve finalist videos at the premiere belonged to us – https://campusmoviefest.com/585-su Given the tools to shoot, I knew what I was capable of and that gave me the inspiration to pursue a career in film. Campus Movie Fest blessed me with a chance to prove my skills and it honestly changed the trajectory of my life, which I am forever thankful for. If you ever have a chance to get your hands on FREE equipment, do it!

As you know, we’re big fans of you and your work. For our readers who might not be as familiar what can you tell them about what you do?
I specialize in filmmaking. I feel confident using the word “specialize” because when Shan, Drini Karemani, Gilberto Peña (my brother), and I started shooting on iPhone’s, we had to learn how to do it all ourselves. I would watch YouTube videos as references, study movies, and then go apply what I learned. Working as an actor, director, screenwriter, producer, gaffer, prop master, cinematographer, editor, and much more for our short videos and films, I’ve appreciated getting my hands dirty. Playing multiple positions on my own sets has definitely molded me into a well-rounded filmmaker. In the last two years, I’ve had two important moments in my early film career. The first being in 2019 when my team (Shan and Drini Karemani) and I placed as Finalists for Best Foreign Film in CENFLO (Central Florida Film Festival) for our documentary – Stories of the Kosovo War (2019) – https://www.amazon.com/Stories-Kosovo-War-Shan-Karemani/dp/B083F6BYNL It’s gotten 550,000 views on YouTube, including international viewers from all around the globe, and the number of views grows every day. The documentary was such a hit that it was played on cable TV in Pristina (capital of Kosovo). Connecting with hundreds of people because of the documentary felt like a huge leap for us. Some viewers would message us saying they watched it with their families and cried. Being able to bring families together with something we created is an unbelievable feeling. It truly fuels my fire to create more content to keep changing the world. Another proud moment came in 2020 (the year of the infamous coronavirus).

With only a few weeks before making my big move from Kissimmee to LA, I wanted to dedicate that time to making “one last” short film with the team. The Hitman (post-production) is the project we came up with. Big shout-out to Alberto Diloné (Director), Kevin Garcia (Cinematographer), the wonderful actors, and the rest of my Kissimmee team who helped us on set as crew. I’m so proud of this project because instead of directing/acting, I got to play my hand as Producer, 1st AD, Screenwriter, and whatever else we needed on set. From assembling a crew to funding money, this was my first experience investing more than a couple of dollars into a project. Overseeing the entire movie, I got a real-life taste of what the business side of film is like. I realized how much pressure producers go through to make sure a film gets completed. We wrapped shooting two days before I drove cross country. So my mind was excited on what other possibilities lay ahead for me in LA if I was able to pull that off in Kissimmee.

What’s next?
In the oncoming years, I want to keep creating quality work but also watch myself grow as a filmmaker. The best way to achieve that, besides working on the craft, is collabing with others. I’d love to work or sit down with filmmakers from across the world to pick their brains. I’m not only talking about the stars we all know and love, but young aspiring filmmakers like myself. It always baffles me that Francis Ford Coppola, Steven Spielberg, and George Lucas became good friends and colleagues in their youth, and all went on to change the film industry…together. I’d like to be part of a new generation of filmmakers that shake things up and make some of the best stories to ever grace the big screen. My drive for film/TV is to create quality stories that entertain and lead to critical thinking, especially after a viewer turns off their screen.

If I can lead my viewer to place thought into the message and theme of something I’ve written/shot, then my mission is accomplished. What I create should feel like an escape for the viewer. Once they’re “back in reality” they can apply what they saw to their life, whether it’s a new perspective, inspiration, or thirst for knowledge on a subject. Like every filmmaker, a big indicator of “success” would be getting an Academy Award nomination, which I plan on winning with my close friend and roommate, Jacobo Fe (Screenwriter). Of course, I dream about giving a speech after winning an Oscar, but I know I have a lot of hard work to put in before I get there. As I said, the process of the journey is what excites me. And I’m looking forward to the next few years when I look back to see how far I’ve come. As I tell all my friends and family: I’m just a kid from Kissimmee with a big dream. 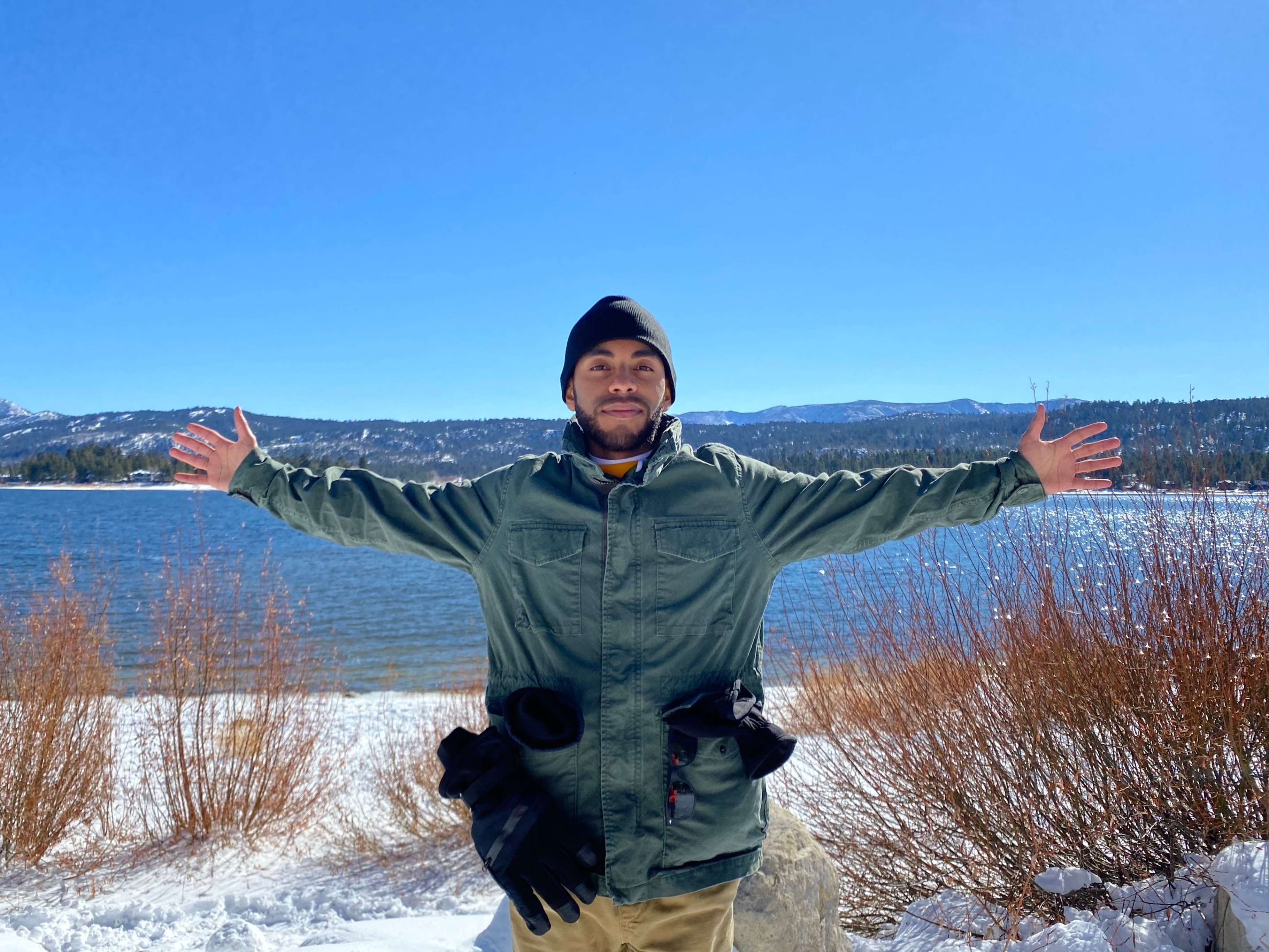 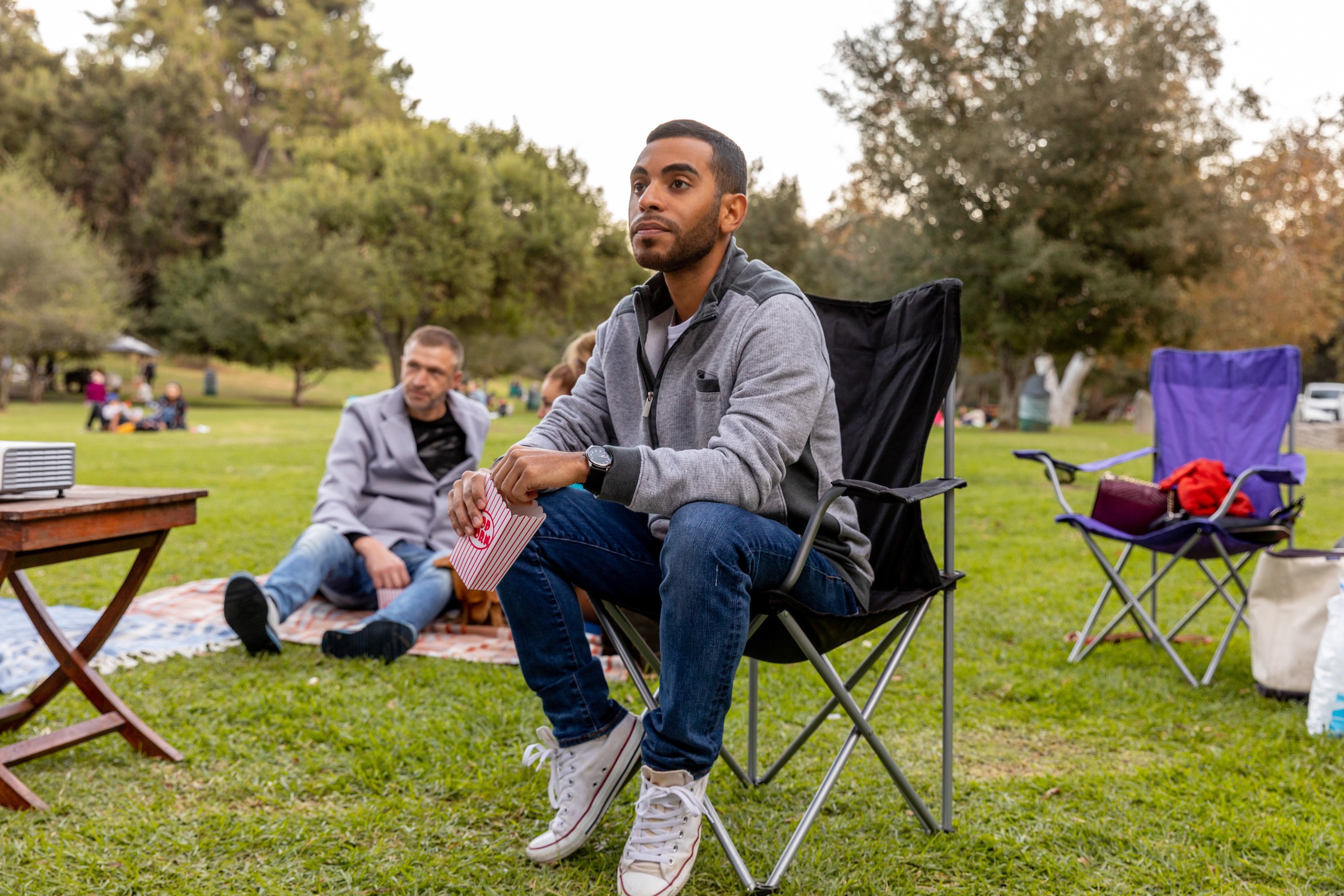 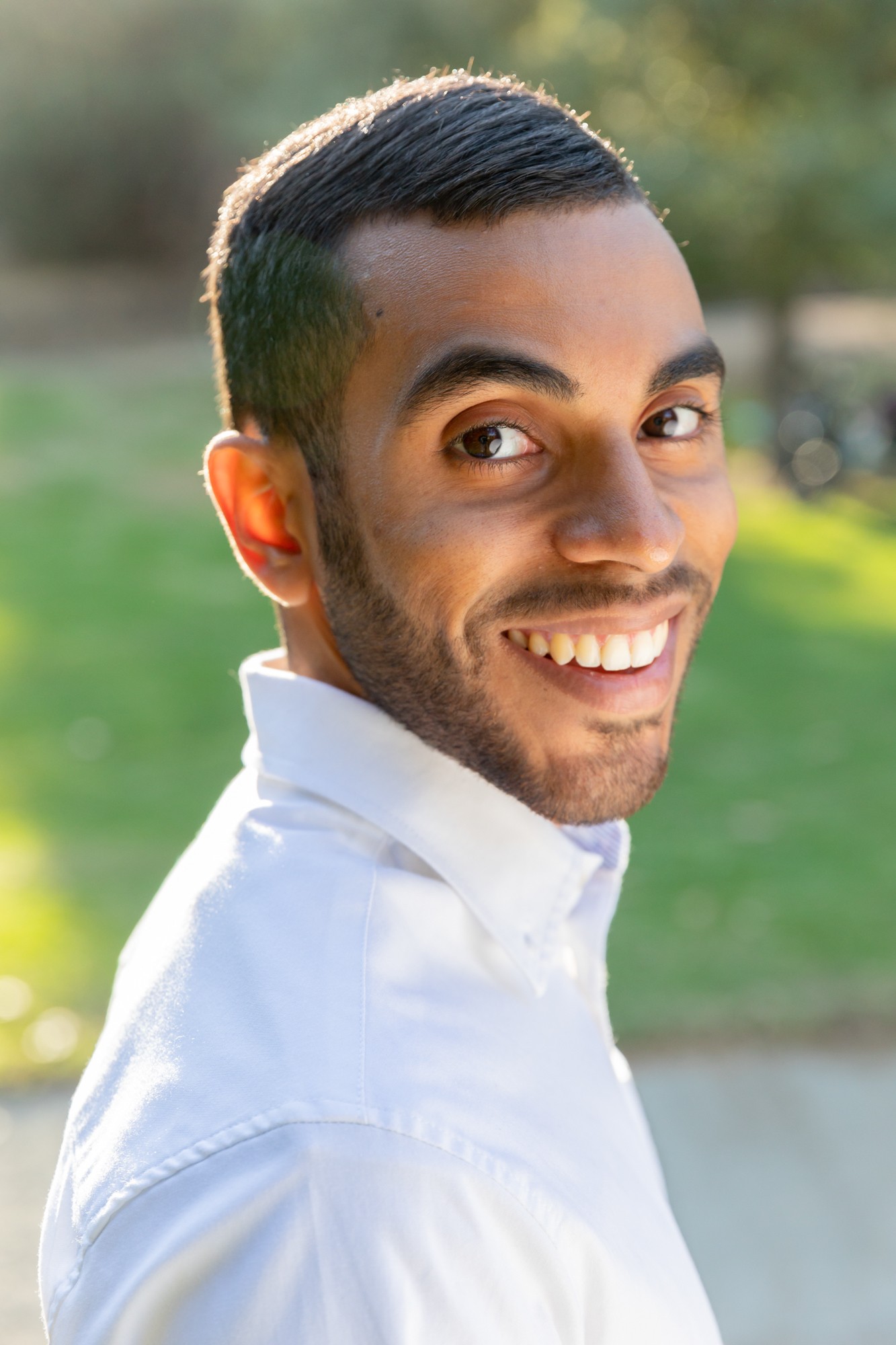 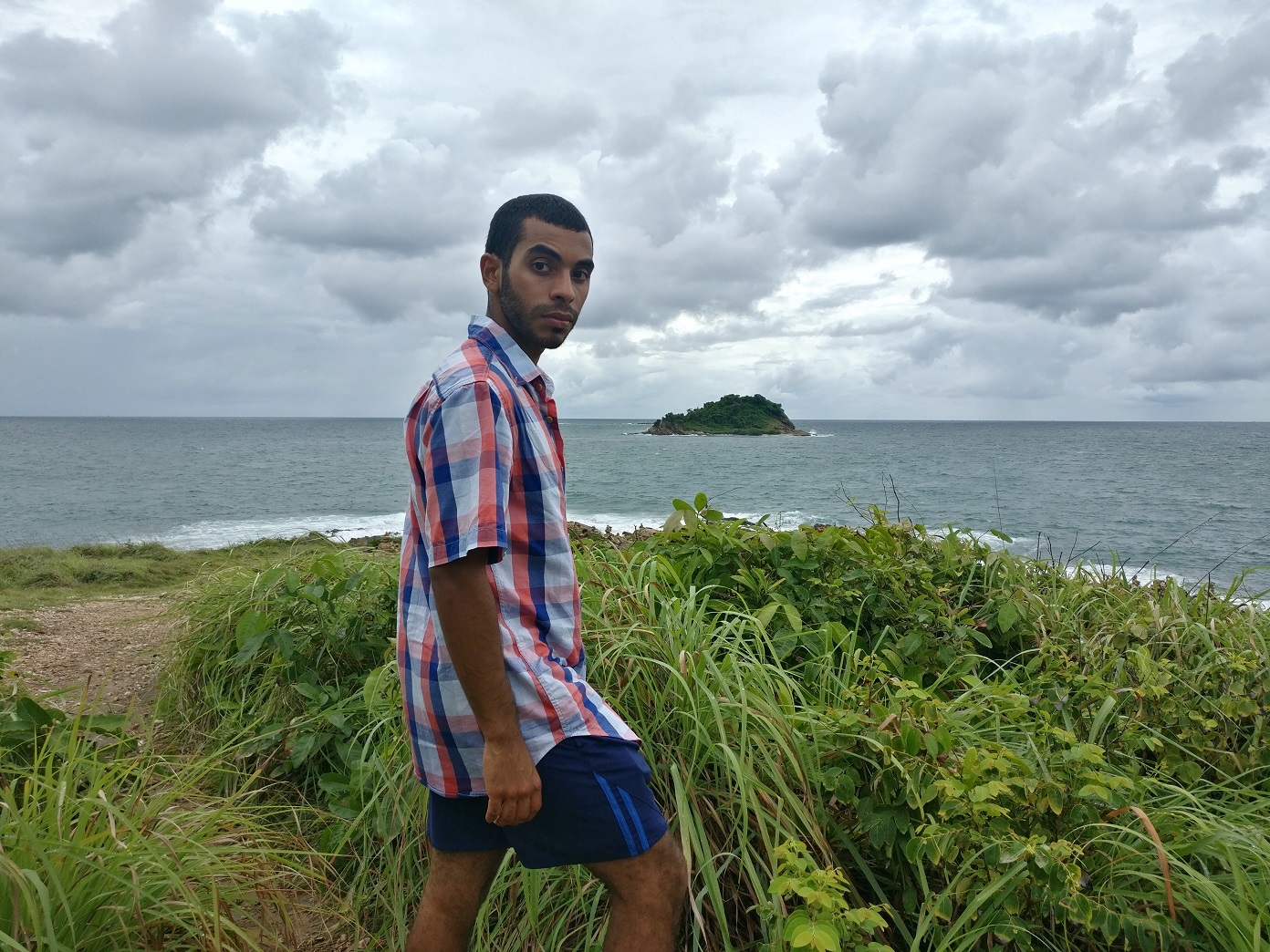 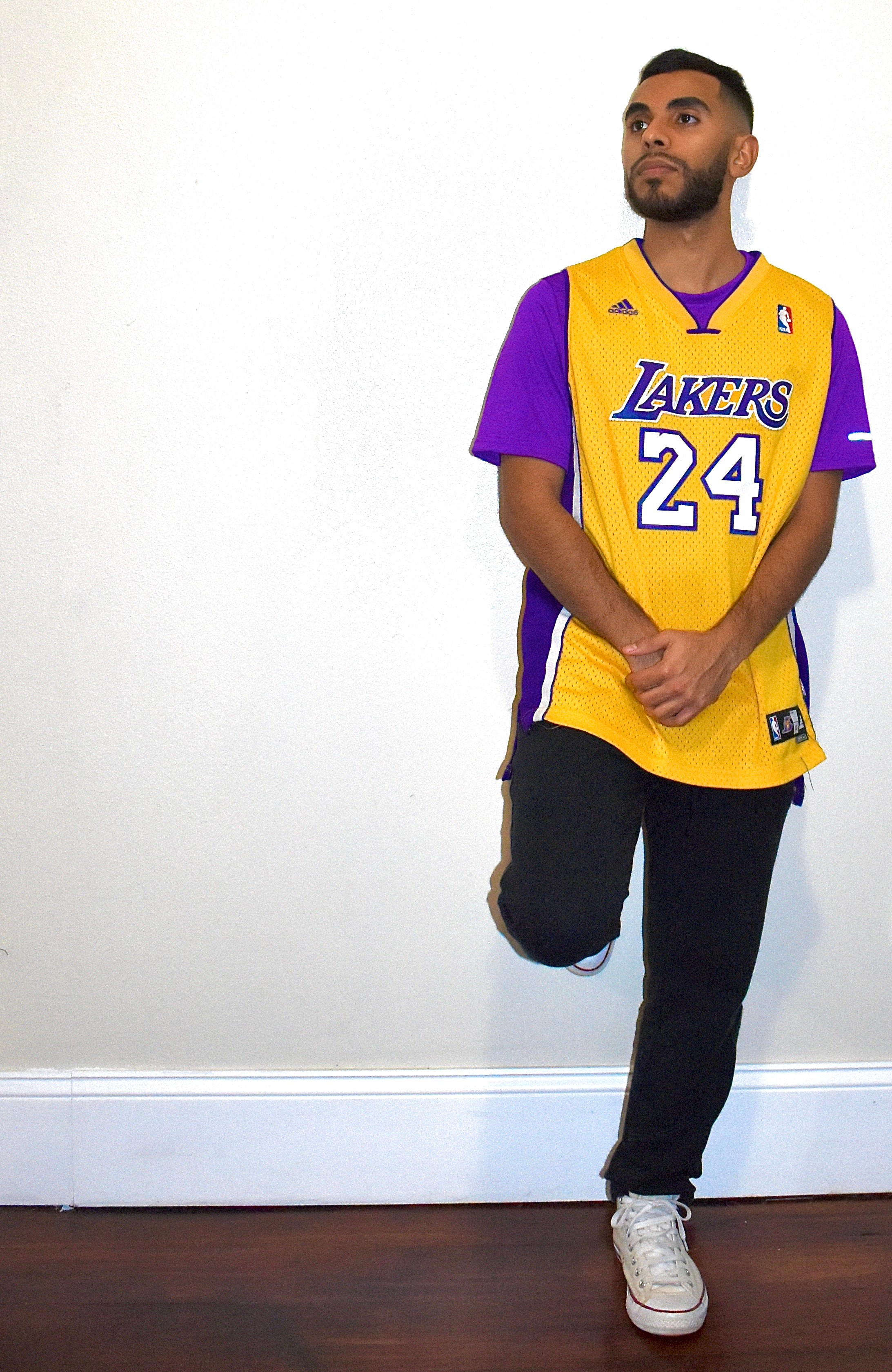 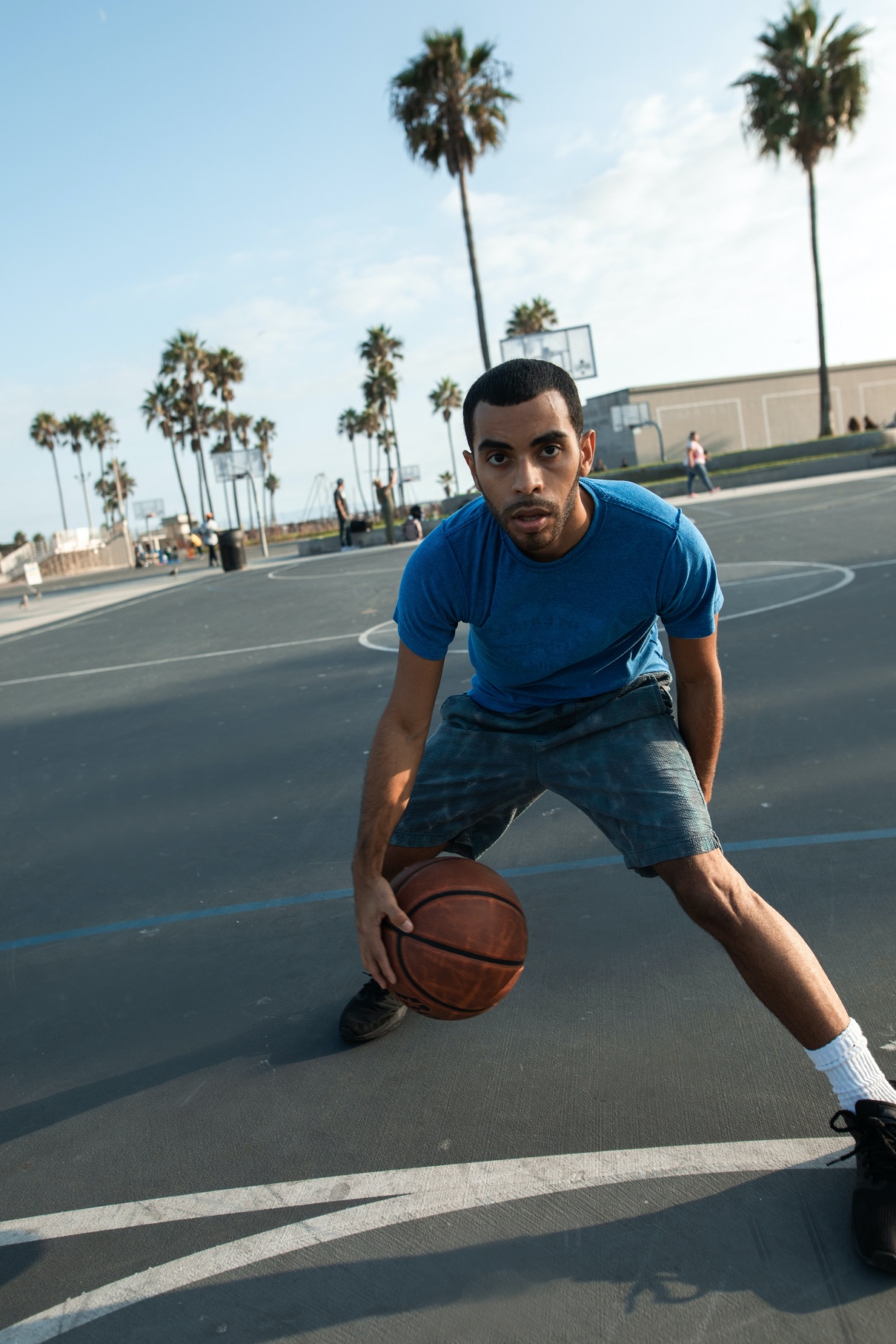 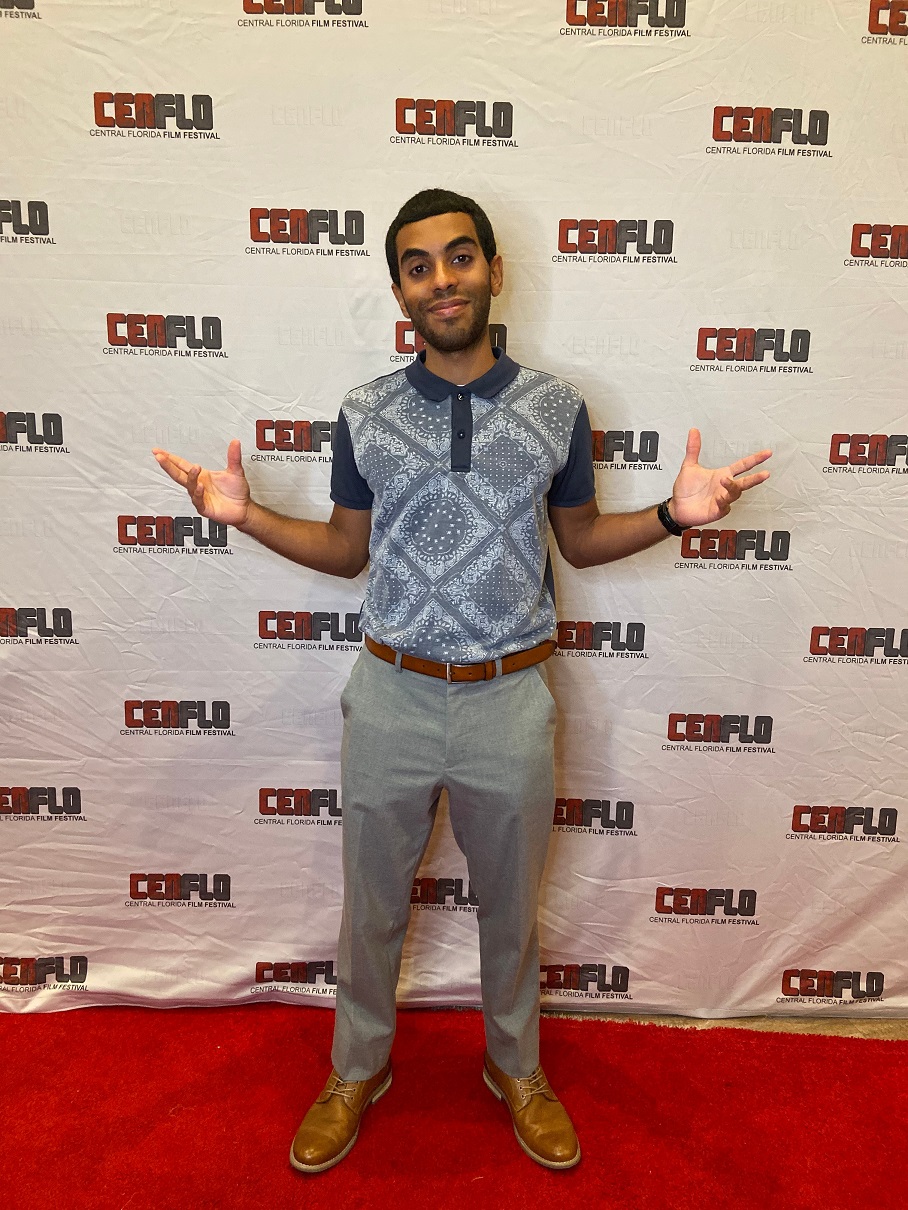