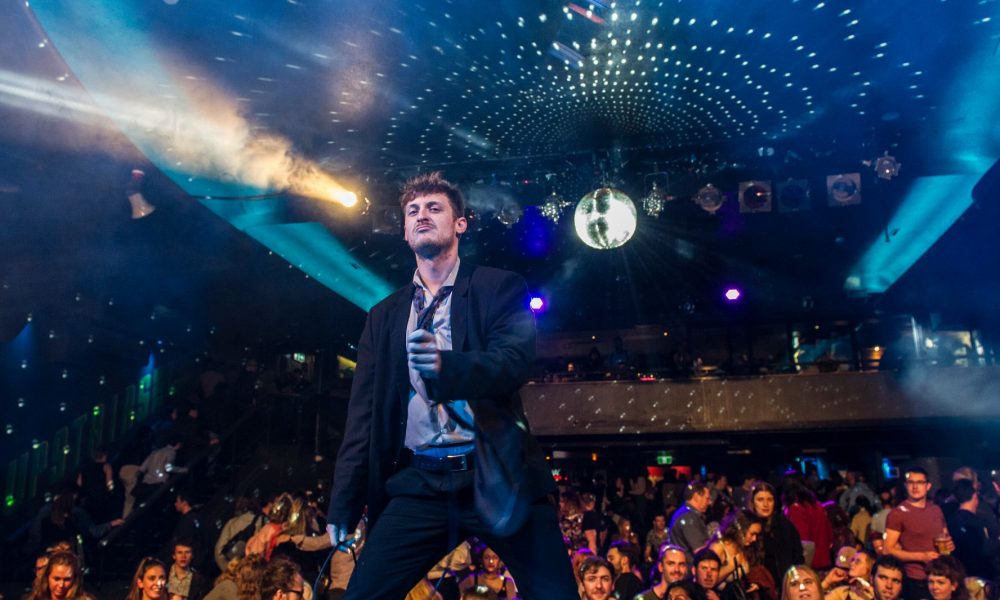 Today we’d like to introduce you to Zach Zucker.

Zach, please kick things off for us by telling us about yourself and your journey so far.
I was born in New York, raised in Chicago and moved to Los Angeles after graduating high school when I was 18. I knew absolutely no one in LA and had zero performing experience, so I just started taking classes that interested me – voice, ballet, scene study – before diving deep into the comedy scene. I interned at the UCB Theatre for two years where I scrubbed toilets every Saturday night in exchange for free classes.

Eventually, I met someone there who got me a job at Sacha Baron Cohen’s production company, Four By Two Films. I had heard that Sacha studied with this French clown teacher named, Philippe Gaulier, and asked him what his experience was like. He said it was the best decision he ever made and told me to go. So I did.

I moved to France in 2014 and ended up studying with Philippe for two years. The school is in a small town about an hour south of Paris called Étampes, which is where I met my best friends and future comedy partners, Jonny Woolley (Canada) and Viggo Venn (Norway). We performed our first show, Zach & Viggo: Thunderflop, back in July 2015, and the three of us have been creating original shows and traveling overseas ever since.

As self-funded, self-produced, independent artists, we needed someone to produce us, so I created a music and comedy label called Stamptown. Under our label, we’ve made duo shows, solo shows, a variety show, a panel show, and a funk opera with legendary funk-punk band Thumpasaurus. We’ve also produced work for other artists including Garry Starr, AJ Holmes, and Roisin Crowley Linton.

Can you give our readers some background on your art?
We’re nomadic clowns who have been traveling the festival circuit for four years now. Our performance style isn’t the typical circus clown you might imagine – red nose, face paint, and big shoes (although big shoes are funny) – but more like Mr. Bean or Charlie Chaplin.

When you create something that’s predominantly silent or physical, it allows you to tap into a universal audience. Clown gives you the ability to communicate with people who don’t speak the same language as you, and that’s super fascinating to us. I think this is important because a lot of modern performance is really boring, and doesn’t use the human body to its full potential, thus making it less accessible. Everybody tries too hard to be clever and cool with words, but the clown doesn’t care about that. Clown is created through failure and the pleasure of being bad, so there’s no room for cool here.

We’ve been described as ‘the bad boys of comedy’ and have a reputation for pushing the limits as much as possible. We dropped acid and accidentally caused a riot in Scotland, got naked at a gallery performance at the UK Embassy in Prague, and turned down a gig for the King of Sweden because Norway rules and Sweden drools. People often misconstrue this for intentional destruction, but that’s never what we seek. We’re only here to have a good time; We hope our audiences leave feeling playful, stupid and less confined in their everyday lives, but we don’t push a message on them. They’re smart enough to understand it without us preaching at them.

Clowns also don’t tell jokes. They never try to be funny. Everything they do is an accident. This allows them to get people laughing from the belly, whereas most modern comedy only gets you laughing in your head. We want people laughing uncontrollably without knowing why they’re even laughing. If the audience leaves thinking ‘I don’t know if these guys are the stupidest people alive or absolute geniuses’ then we’ve done our job.

In your view, what is the biggest issue artists have to deal with?
I think the biggest challenges for artists are money, the inability to take criticism objectively, and self-sabotage. We have a major habit of getting in our own way, both creatively and personally, which heavily affects all aspects of our lives, I believe this comes from fear, and more specifically, the fear of being seen. It sucks when people don’t like what you do. But if you can learn to love being bad, find the fun in rejection, and proudly wear your failures like a badge, you will be able to push through anything.

Also, work with people you like and people you trust. The worst thing for any artist is to be encouraged in the wrong direction by someone who doesn’t know how to tell them what they did wasn’t good. It doesn’t mean that you as a person aren’t good, you always separate the artist and the human being, but you have to be able to talk honestly about something when it doesn’t work; otherwise, you stop growing as an artist or a person.

What’s the best way for someone to check out your work and provide support?
Most of what we do happens on stage, so the best way to support us is to come see a show and tell your friends. We travel constantly (we changed cities 56 times last year), so every little bit helps. I’ll be performing a two-night run of my new solo show Jack Tucker: Comedy Standup Hour in Los Angeles on May 3-4 at 10 pm in Silverlake at The Lyric Hyperion if you’re around.

We recently finished a three-month tour of Australia, selling out shows and packing out rooms in Adelaide, Melbourne, and Sydney. After that, we head to London, Brighton, Manchester, and Paris, before heading to Just For Laughs in Montreal and finishing up at the Edinburgh Fringe in August. We’re working on a few TV projects at the moment, but none of that is certain, so there’s no point of mentioning it. 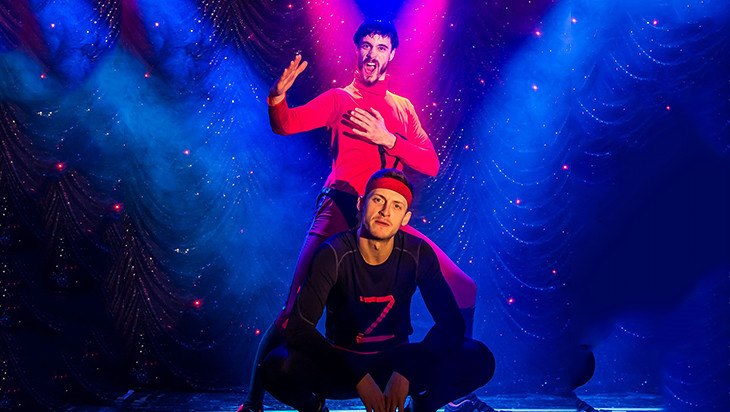 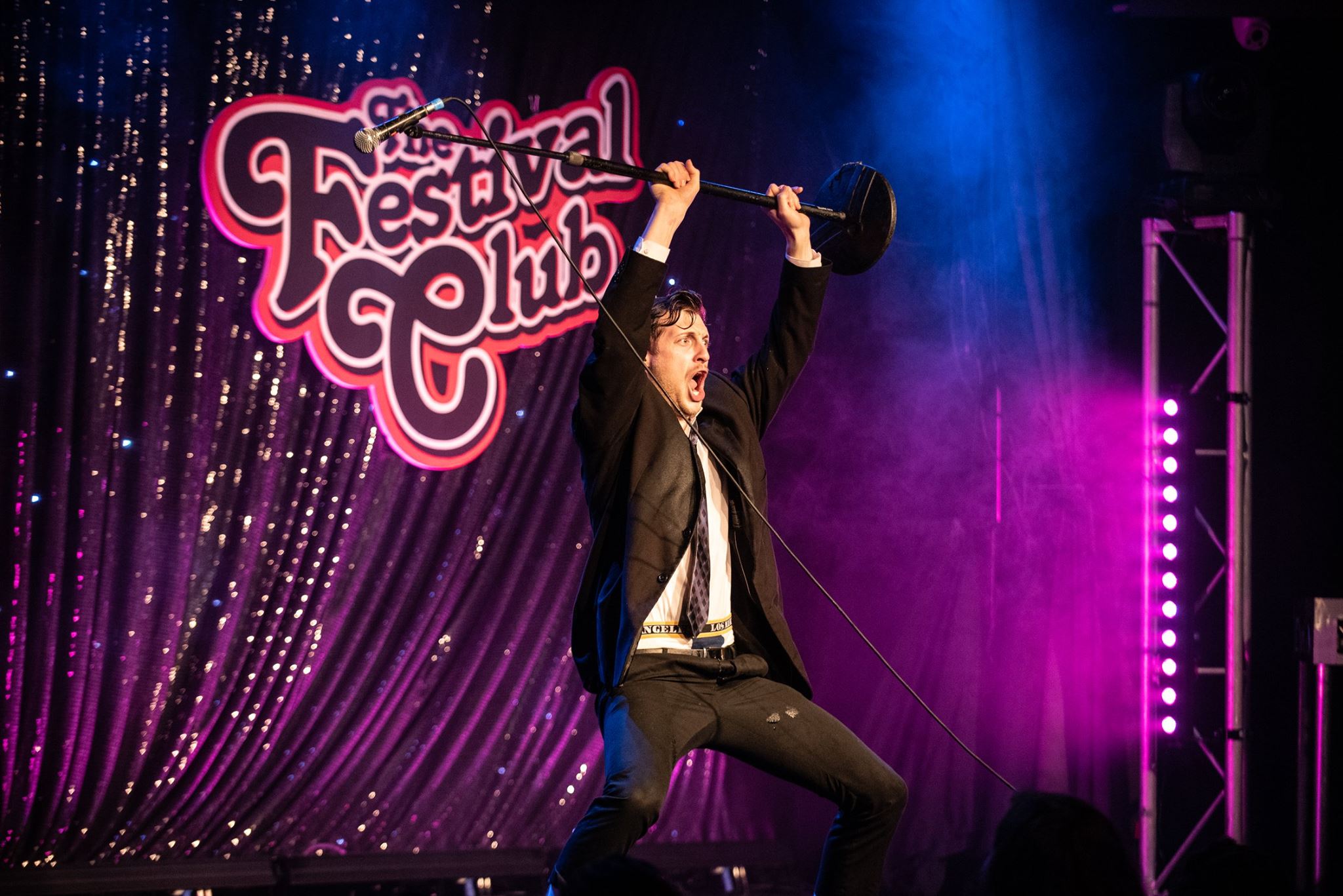 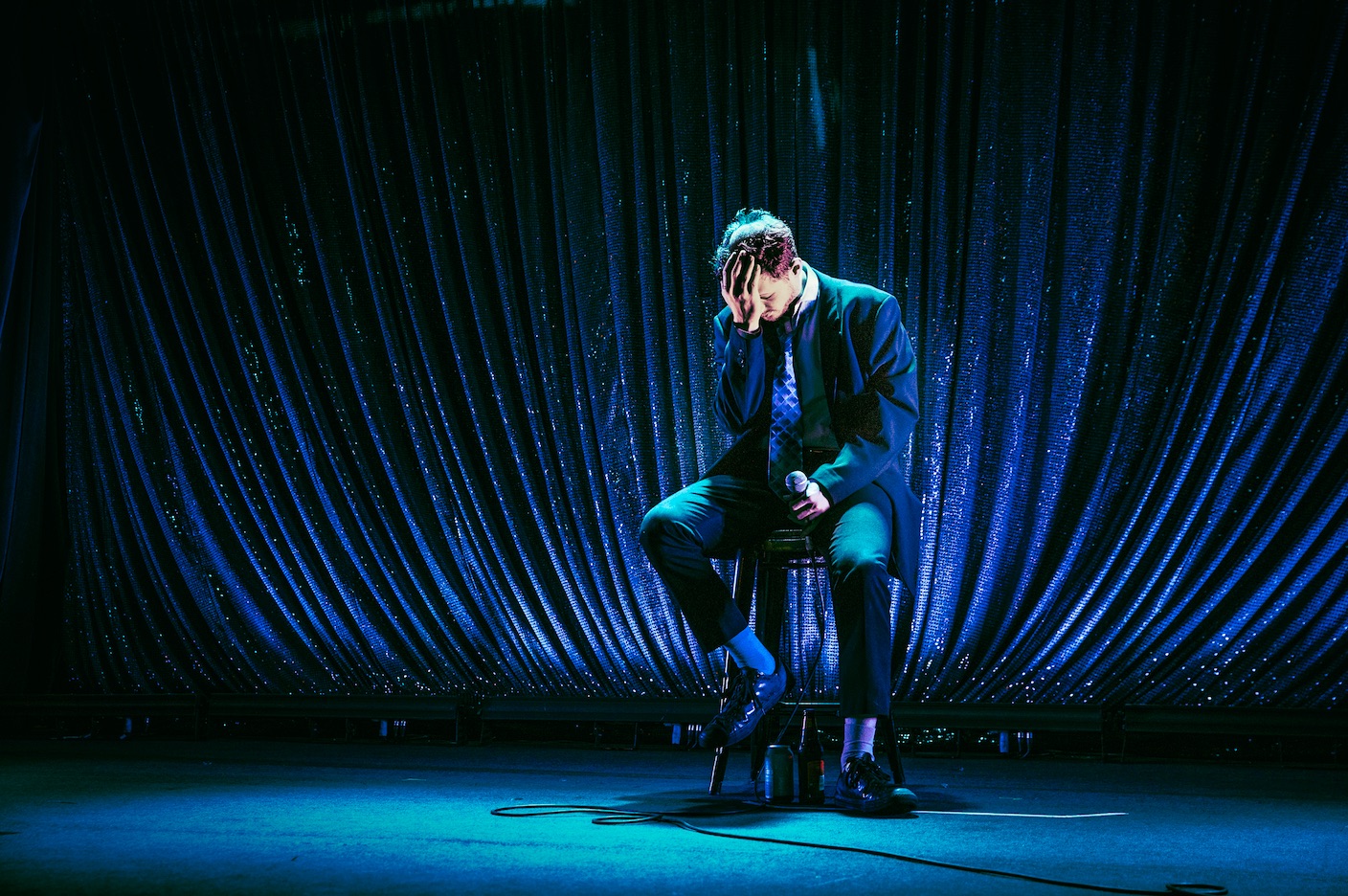 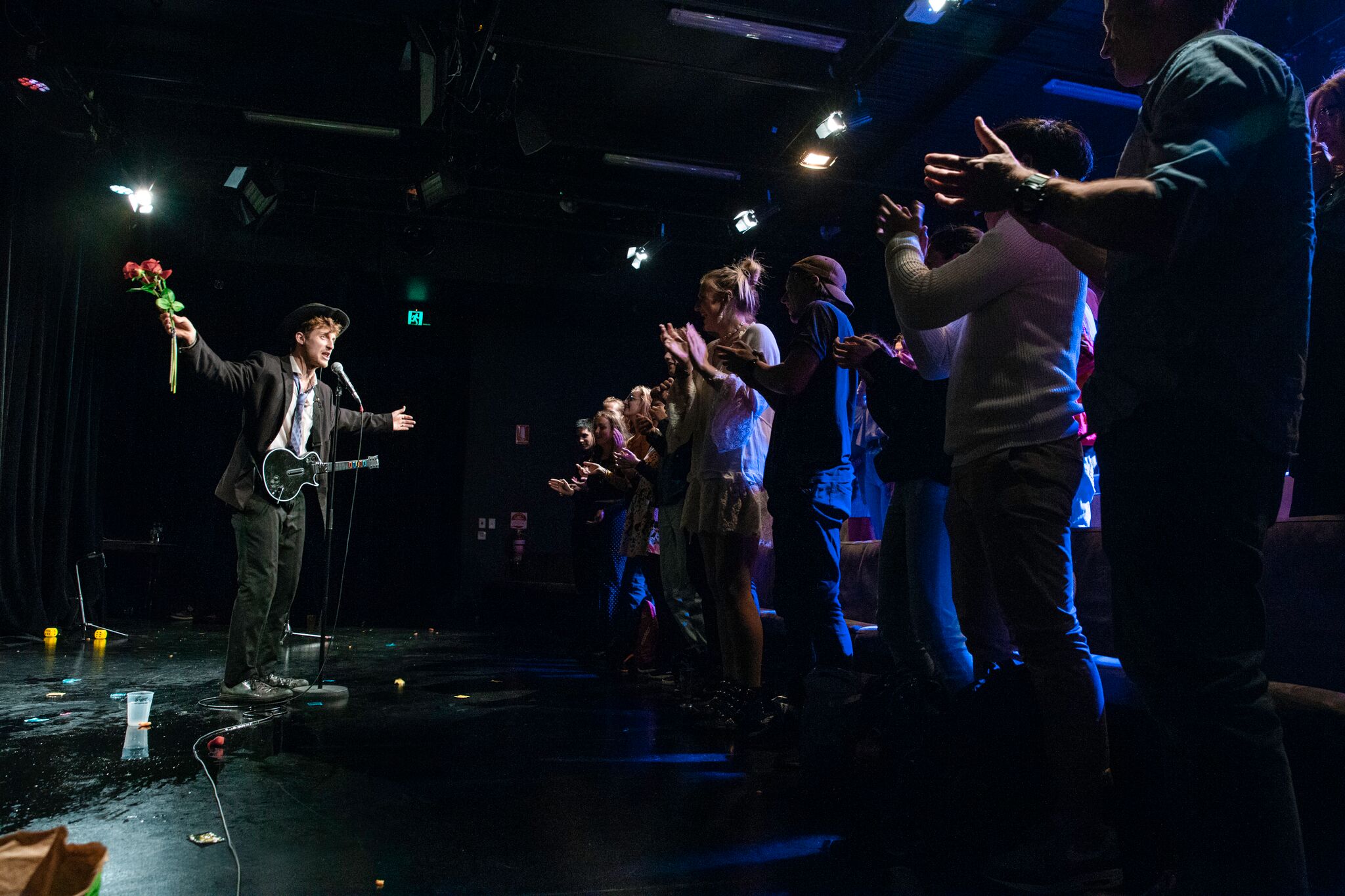 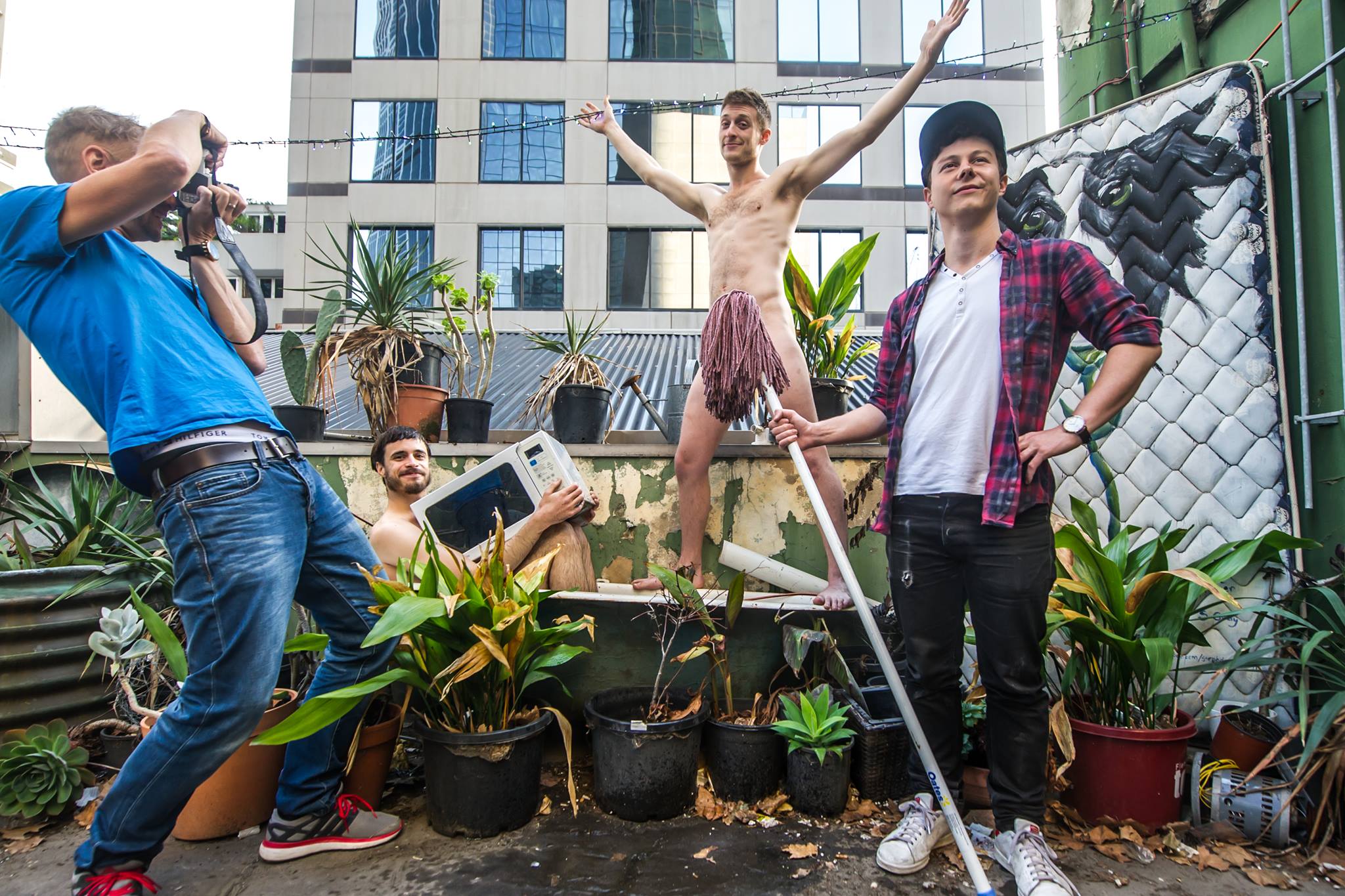 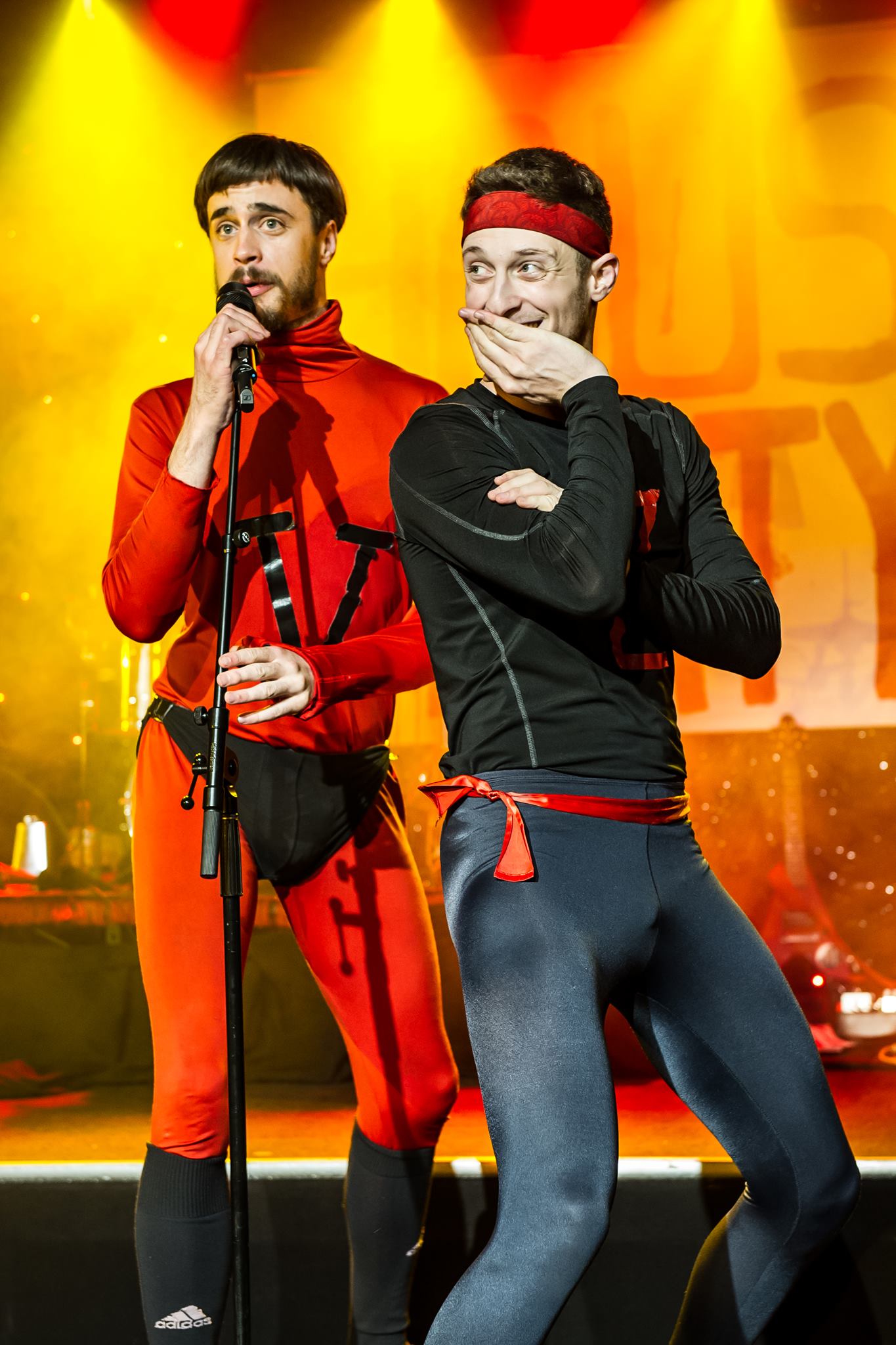