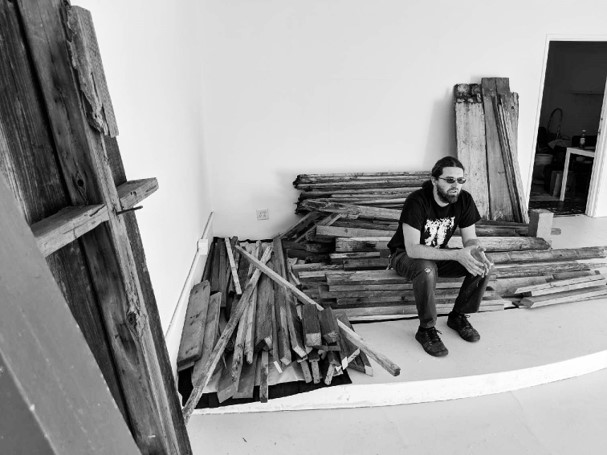 Today we’d like to introduce you to Tom Pazderka.

Tom is an interdisciplinary artist, teacher and writer. He holds an MFA from the University of California Santa Barbara where he was a Regents Fellow and was Artist in Residence for the 2016/2017 academic year. He is currently a Community Artist at the Squire Foundation of Santa Barbara. At UC Santa Barbara Pazderka studied with internationally renowned theorist and cultural critic Dick Hebdige. Half Czech and half American, the son of working class immigrants, he moved to the US at the age of 12 shortly after the collapse of the Eastern Bloc and lived in a tiny studio basement apartment in New York City with his parents before moving to the hot and humid lands of the Deep South. Early experiences of double identity and cultural confusion figure heavily in his work and show up as representations of the multiple points of view through which his work can be read. He describes the early years of his new life as integral to the way he sees the world today. The split identity allowed him to read and understand things around him from opposing sides. He says of these experiences: “Sometime in 2005 an immigrations officer administering my citizenship test asked me if I was ever a communist. I said no. But I always wondered what would have happened if I said yes. He did not ask what else I might be. Up to that point I felt that I was different from other legitimate Americans. I was an immigrant and my green card had big letters on it that read Resident Alien. Now I find myself thinking that what I am and what I was at the time of my interview was only what I said I was. Being an American now still sometimes feels that way, thought I could say the same thing about being a Czech because when I start to think of myself as truly American my European self-rises up to the surface. Conversely when I visit Europe and the Czech Republic I find myself expecting and wanting many things to run the same way they do in America. My work can therefore be read as something that speaks to the American particularity with a central European sensibility.”

Tom’s sentiments resulting from immigration, loss and sense of place find resonance in his written work a well. His graduate research thesis Psychoanalysis of the Cabin navigates and synthesizes the disparate notions of nostalgia, ideology, nationalism, conspiracy theory, media and recreation, while paying homage to the writings of authors like Svetlana Boym, Gaston Bachelard and Slavoj Zizek. An edited version of Psychoanalysis of the Cabin was published in Dandelion Journal.

Can you give our readers some background on your art?
I burn, I draw and paint, I construct and deconstruct. Often I combine a particular Czech fatalism with an American optimism to strange effect. In my work the icon of American transcendentalism Henry David Thoreau can sit side by side with mathematician genius and terrorist Ted Kaczynski and with ideologue philosopher Martin Heidegger because they are so alike in their differences. Sometimes there is very little difference between genius and madness and they are on the surface one and the same. Is history written by great leaders or madmen?

Perhaps the answer does not matter. History is rarely neutral or complete. Through a personal vision of history I created a canon of famous and notorious cabin dwellers, of places both real and non-specific, inhabited and abandoned, because that is how time and history sometimes appear. My work runs through different practices, painting, drawing, sculpture, installation, book making, video, photography and social practice. I prefer to work with found and recycled materials, often specific to their place of origin. This means that I get to inhabit the space in which these materials are found and can comment on them through their use. Pallets, found wood, coal tar and charcoal from local beach fires are some of these and they play a role just as important in the works as the subjects themselves. Here the East meets the West in self-imposed exile, and escape, solitude and nostalgia share equal weight with the heavy burden of history; the American Eden and Manifest Destiny.

My new series of paintings is a venture into the darker side; of landscape, of nature, of memory. Images of smoke clouds from local fires are thinly painted into the heavy blackness of ash and charcoal rubbed into a burned wooden panel. These are the objects of reverie of fire, that primordial sense of one’s connectedness to something both life-affirming and life-destroying.

Any advice for aspiring or new artists?
Read a lot! Find a favorite author and read everything they’ve ever written. Then find another one and repeat. Do this for music, film, art and so on. Go deep! Once, when I was still in graduate school, a professor said something I will never forget, ‘there is a difference between successful artists and good artists.’ I still think about that sentence to this day.

What’s the best way for someone to check out your work and provide support?
Right now I have a solo exhibition called ‘Bright Abyss: Sunrise in the West’ up at The Basic Premise gallery in Ojai. The exhibition will run through the end of April 2018. A closing reception and artist talk will take place on April 27th. www.thebasicpremisegallery.com

I am represented by gallery Silo 118 www.silo118.com 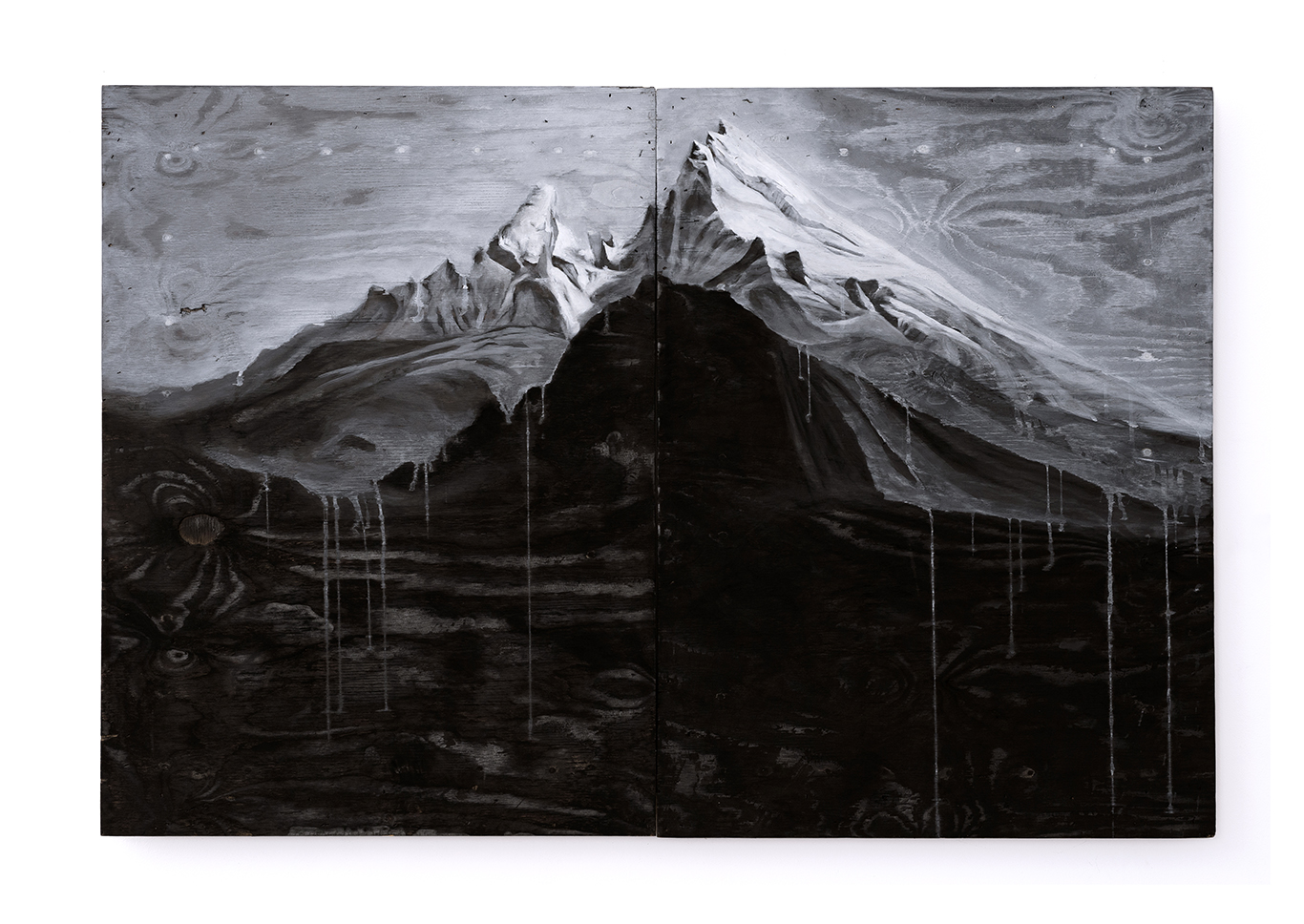 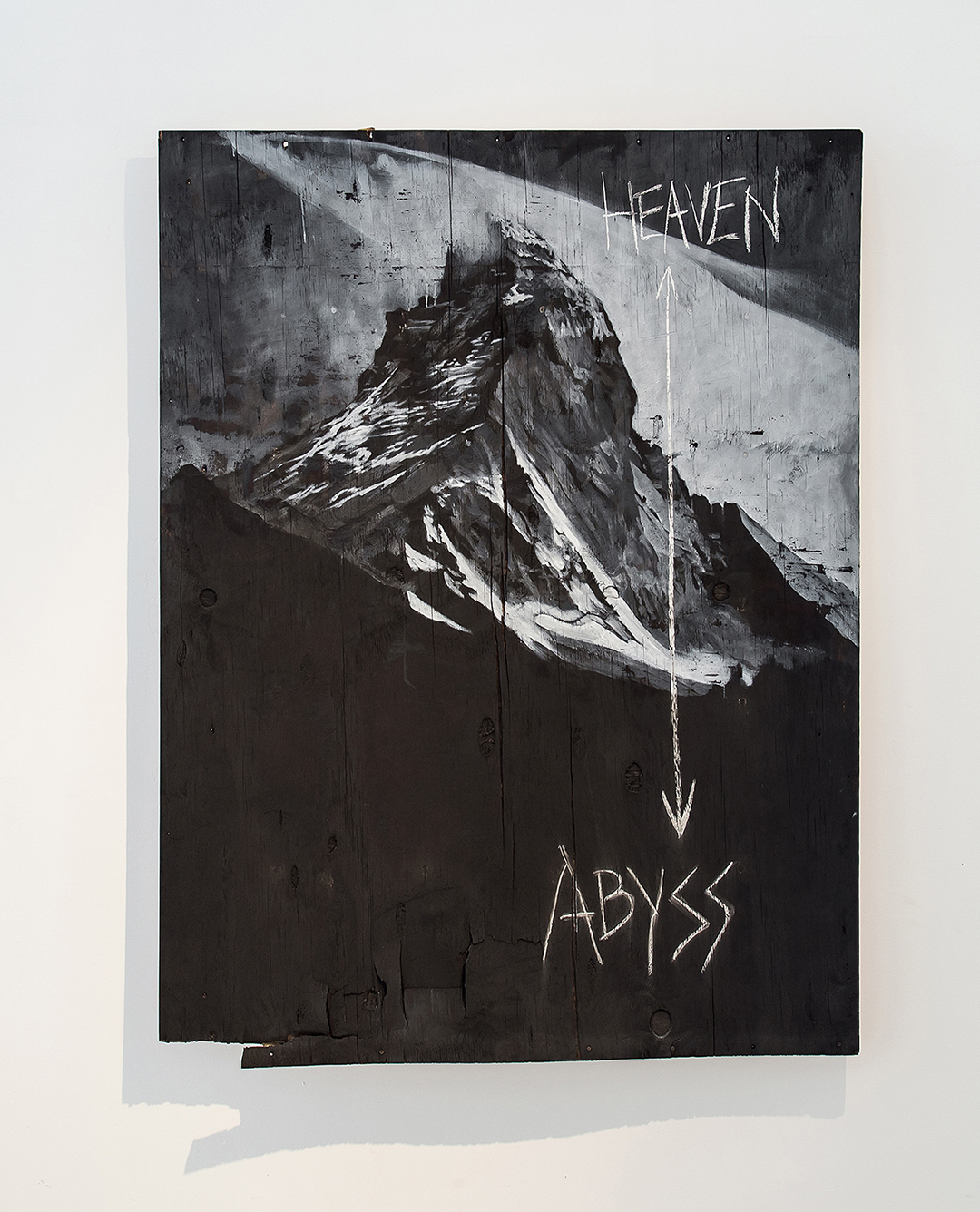 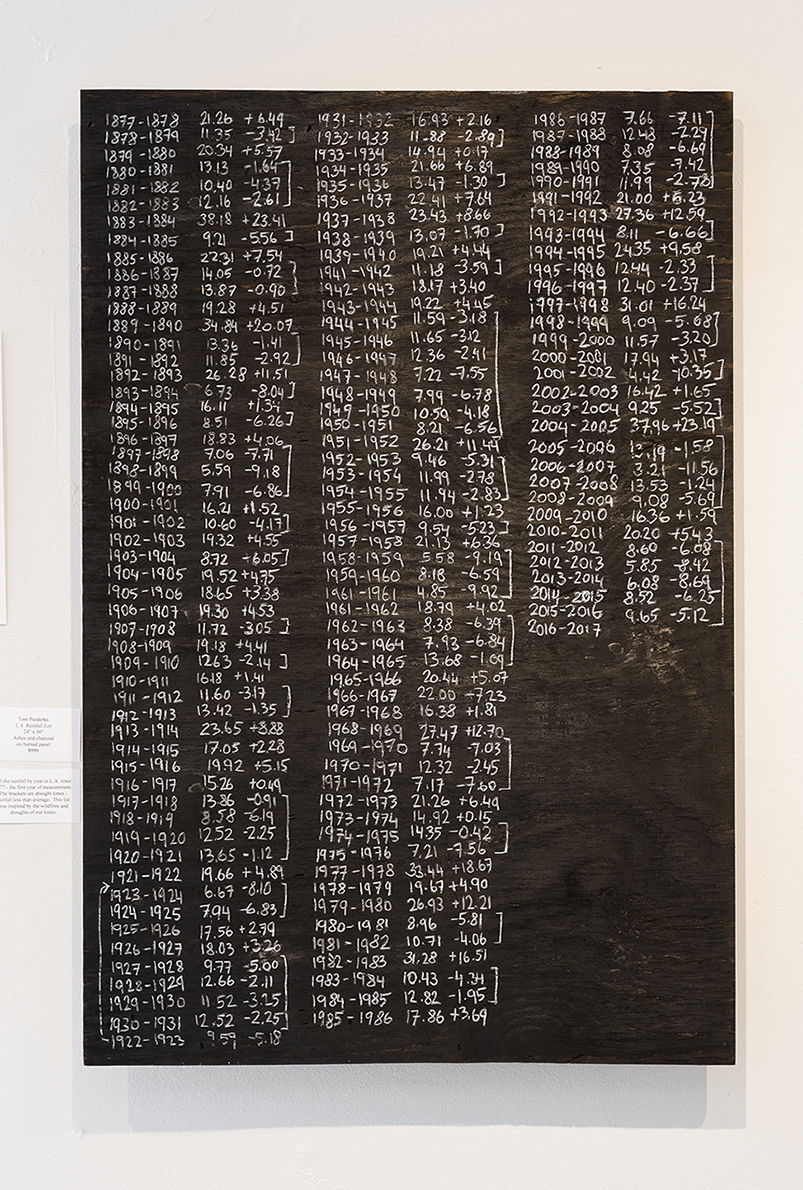 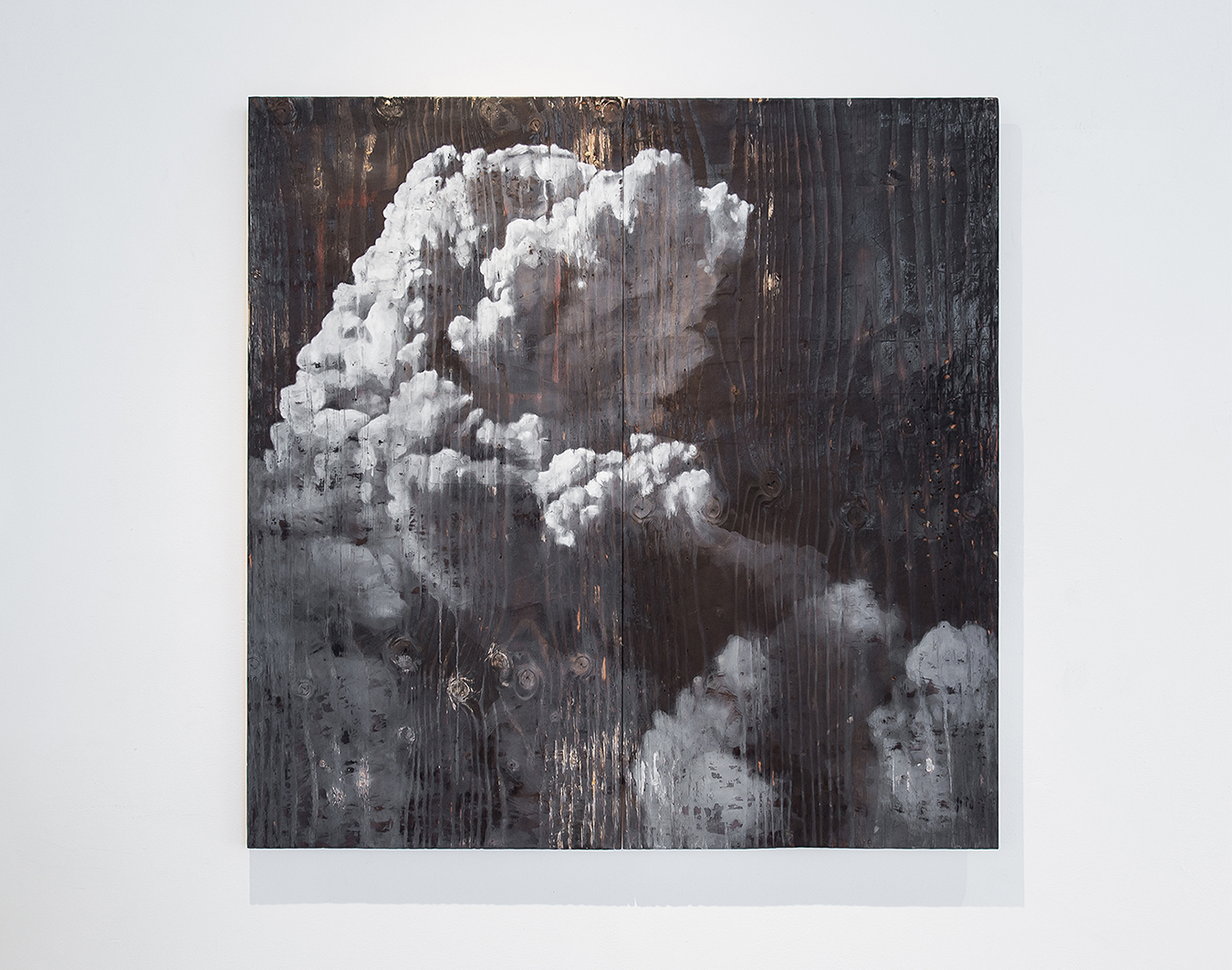 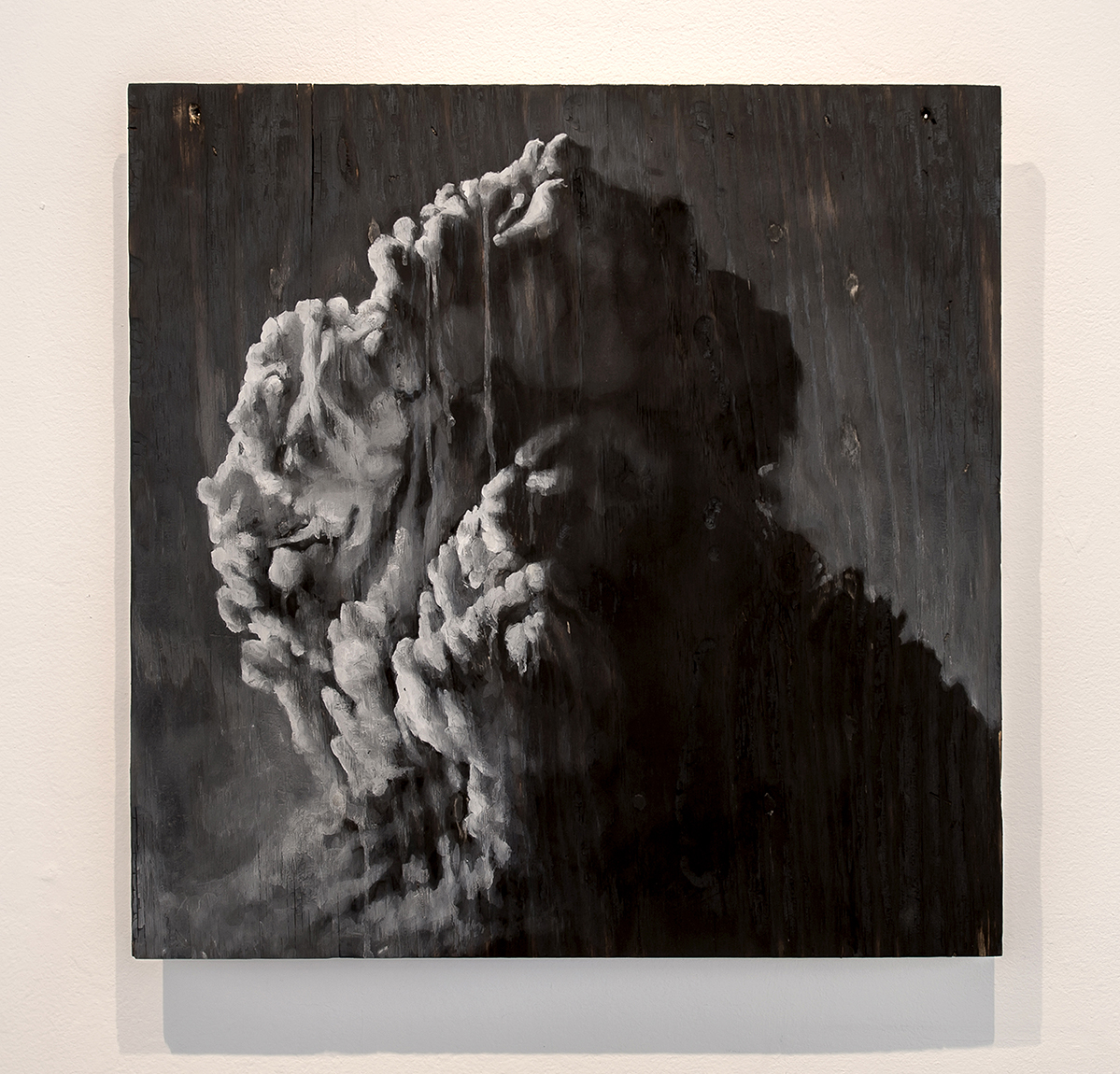 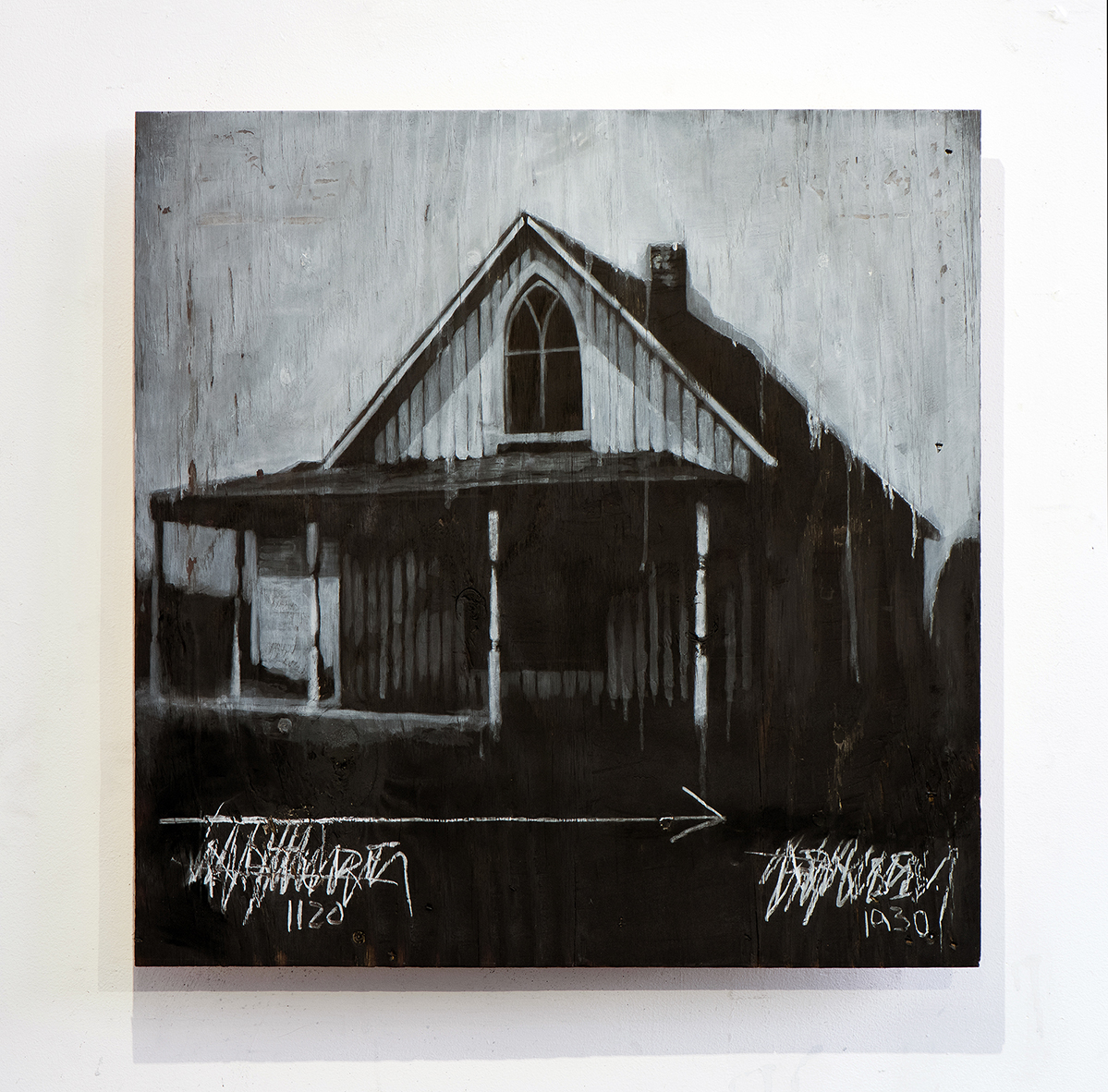 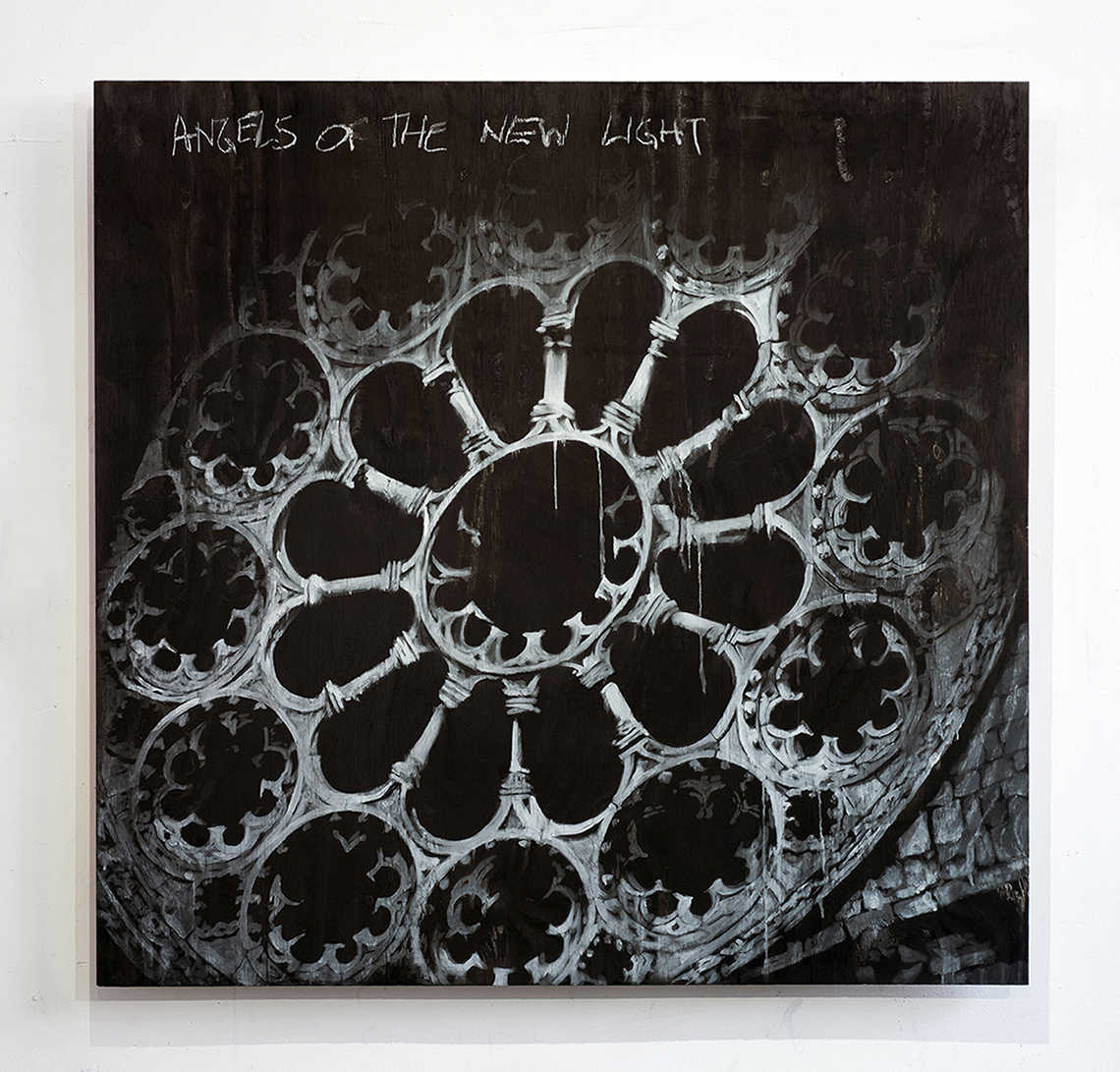 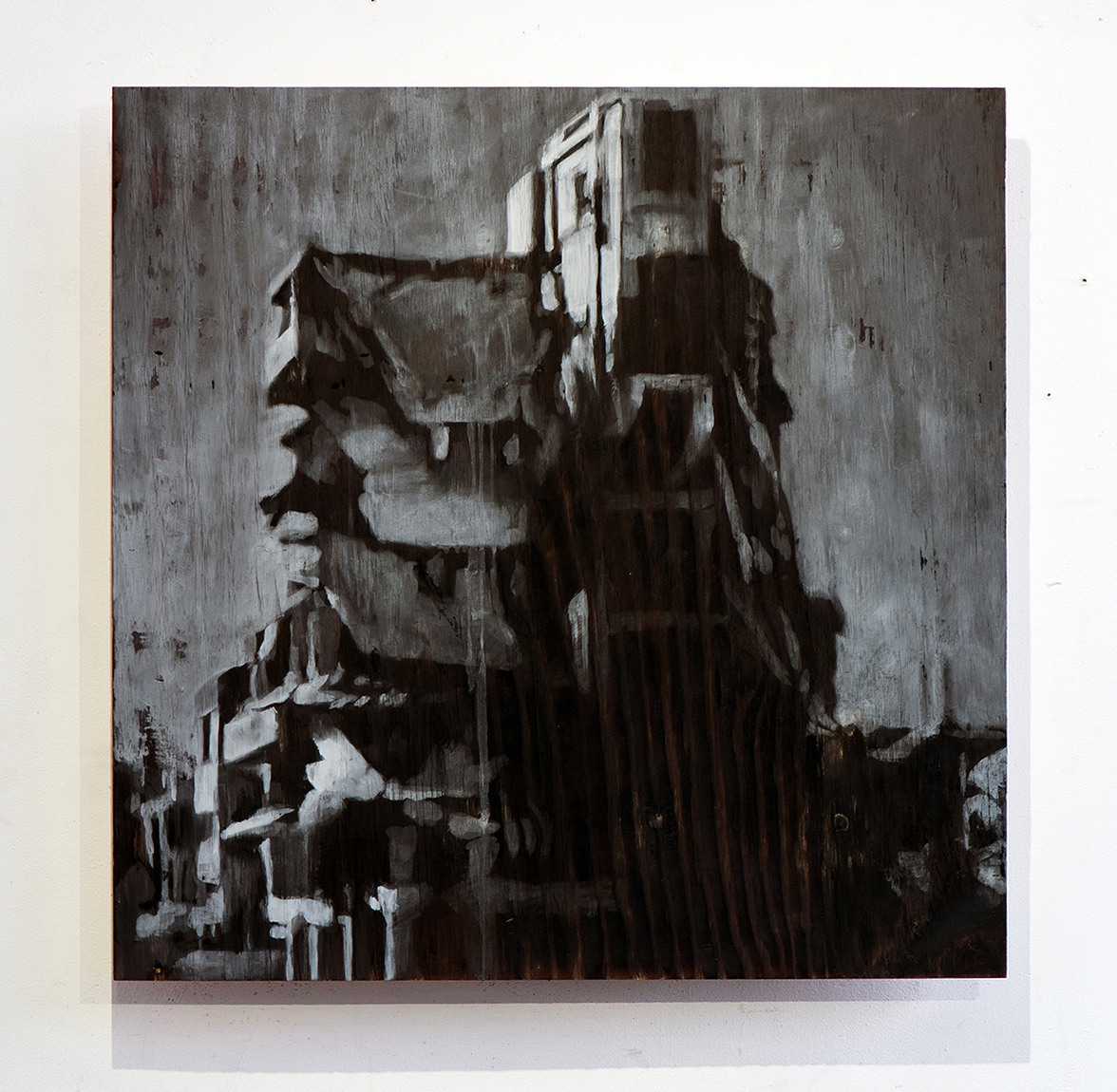