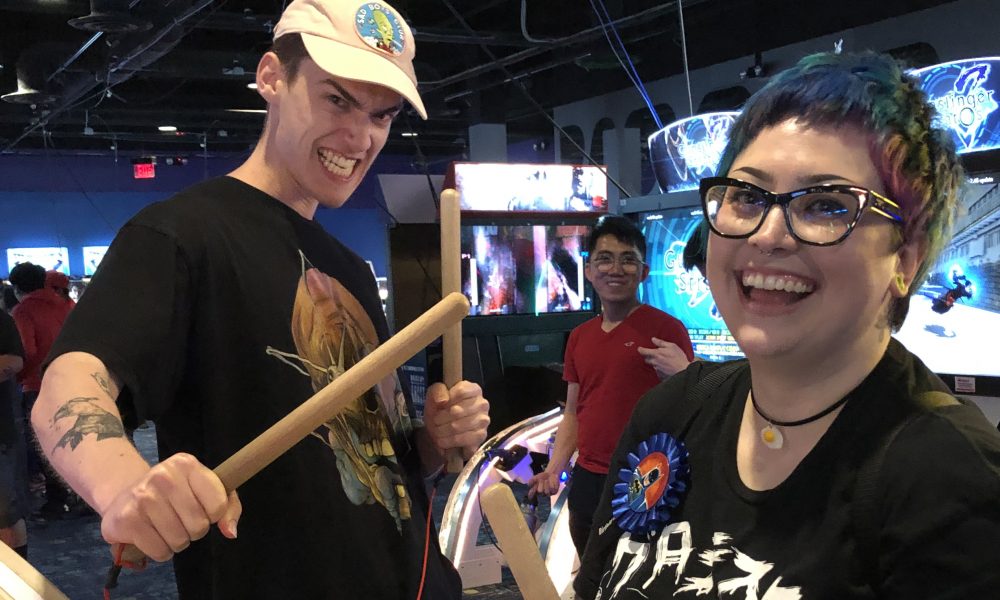 Today we’d like to introduce you to Taylor Bray.

Taylor, please kick things off for us by telling us about yourself and your journey so far.
I was just a tall dorky white kid from the San Fernando Valley. I went to school during the day and on the weekends would play video games for the few hours that I was allowed to, then snuck a few more in my room instead of studying. I would also hang out with a small group of friends every weekend at my buddy Jacob’s house doing anything from playing Marco Polo in the pool to smashing his dad’s old computers with bats. When I was at school during the week though, I found myself spending most of my time drawing. I would create video game characters, card games, or just draw my favorite Pokemon. At the time, I wasn’t even that into drawing; it was just better than listening to some pregnant thirty two year old tell me about the importance of Christopher Columbus. So I just kept drawing through the years; it got more fun and school got more boring. After doing it for almost ten years, I started getting pretty good, being one of the top students in my middle school and then high school art classes. I was around sixteen at this point, and my parents started getting on me about career choices. My dad, also an artist, told me if I wanted to get serious about a creative career I should start taking figure drawing classes. At the time for work, I was grinding rebar in the 100 degree California summers so, trying my luck at the art thing didn’t sound so bad. I went to a really intense school called the Los Angeles Academy of Figurative Art my last two years of high school, where I studied under masters such as Ramón Hurtado and Rey Bustos. At the end of my high school career, I took my sketches from school notebooks and figure drawings from LAAFA and put together a portfolio. I applied to many schools but got accepted to one of my top picks, Pasadena Art Center College of Design. When I got to school I realized, I knew nothing. I was just some dumb kid who was bored in class and sketched a lot. I was surrounded by people, who are now, shaping the industry. Everywhere I turned I was faced with creative talent. It was humbling. This was then four and a half years of brutal and rigorous studying and grinding. I went from a kid with whatever grades to being addicted to learning and progress. Before my entire life was filled with essays and busy work that I thought was bullshit. Now every day I was doing something I wanted, that I cared about. I pretty much shut myself off from the outside world and was only drawing. After a few years the day finally came, and I received the privilege of graduating from Art Center with honors. Luckily after graduating, Warner Brothers Consumer Products found my portfolio filled with demonic wrestlers and aquatic cyborg fish pirates charming and decided to hire me as a Digital Character Designer/Illustrator.

Can you give our readers some background on your art?
Oh yay, a self-deprecating creative has to explain why their work that they think is not so great, is great. This is the easy part, right?

Well, I love character design and am a character designer/illustrator. Most of my focus in my personal work is around the world of video games, so trying to tackle design in an interesting and new way is what I try to do. I think video games do so much for people, but I think when it comes to character design, there is a lot of repetitive and boring designs out there that make it into final projects. When designing my own characters, I love mixing together the two worlds of dark, gothic and punk with a little bit of humor. I am never a huge fan of designs that are so positive that they become kitsch or things that are dark just for the sake of being dark. I like a purpose to design. I love story, very unique I know, and I really like to dive into who the character is. Let’s say you want to create a female character. I don’t recommend drawing a girl with big boobs and a sword, a little overdone. You want to make the character unique, interesting, engaging. Let’s give her some traits. Maybe she is an animal lover. A girl who rescues abused animals, cool. Let’s make it in a fantasy world. What animal could she rescue in a fantasy world? I know a lot of rescue animals tend to be dogs, maybe let’s make it a werewolf. So we have a girl that rescues abused werewolves. What would her weapon be? What would she look like? After I have a basis of who the character is, every design choice I make, costume, weapon, colors, is to push the idea that she is a girl who rescues abused werewolves. I don’t just put a chain wrapping around her shoulder because it would “look cool.” It needs to be there for a reason. Maybe she wears too much eye makeup because she listened to exclusively My Chemical Romance for five years. Then when people look at the character they can wonder things like, how did she get her jacket? Where did she get her weapon? Why does she have such heavy eye makeup? Why would anybody only listen to My Chemical Romance for five years? By answering those questions the designer, or me in this case, can hopefully create a character that is unique. Every answer to those questions will create an interesting design decision. Specificity helps create the illusion of originality.

How do you think about success, as an artist, and what quality do you feel is most helpful?
Success is totally different person to person. My original idea of success was just being able to pay my bills with stupid drawings I do. I am already doing that. Now what? Am I successful? I guess according to that definition, yes, but I know there is more I want to achieve. I don’t know what success necessarily means, which might be one of the curses of being a young and naive artist. I do think I know how to be successful though. This is not really exclusive to the arts, but to be successful, an individual has to find something they love to do, and get really good at it. Devote all your time and effort to it. If you do something all the time and study properly, it is impossible to not get good eventually. Then at some point, you will get so good that people will want to be a part of whatever you are doing/creating. I think a big mistake I see people do, in my case artists, is they warp their identity as an artist to fit some mold that they think will get them success. They see famous artists on Instagram getting constant work or getting big gallery shows, and then they think, “Well they are successful, and I am not, so I am going to start doing more art like that.” It is crippling for young artists and the industry because then you get a bunch of projects that look the same because all the artists look the same. You will never be that artist; they are them. You will never be a better them than they are, but you can be a really good version of yourself. Then you have to figure out what that means. What is interesting about you? Why should people care? I would really encourage young artists to find what they love and do it not at fifty percent, not seventy-five percent, but one hundred and ten percent.

What’s the best way for someone to check out your work and provide support?
I don’t have any exhibitions or work for sale as of right now, but you can see the work that I do on my website www.taylorbrayart.com or follow me on Instagram at @thebluefootedboobie 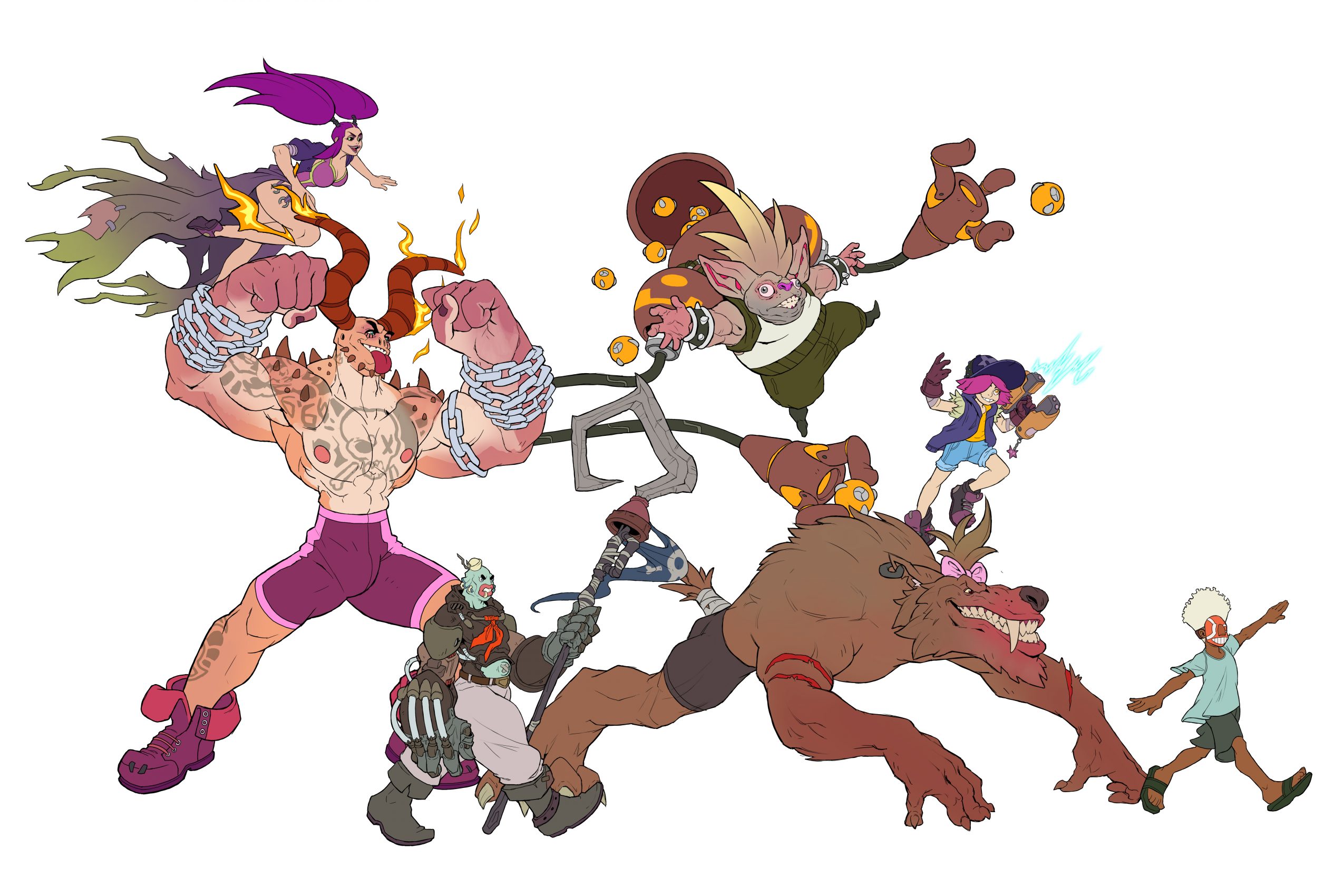 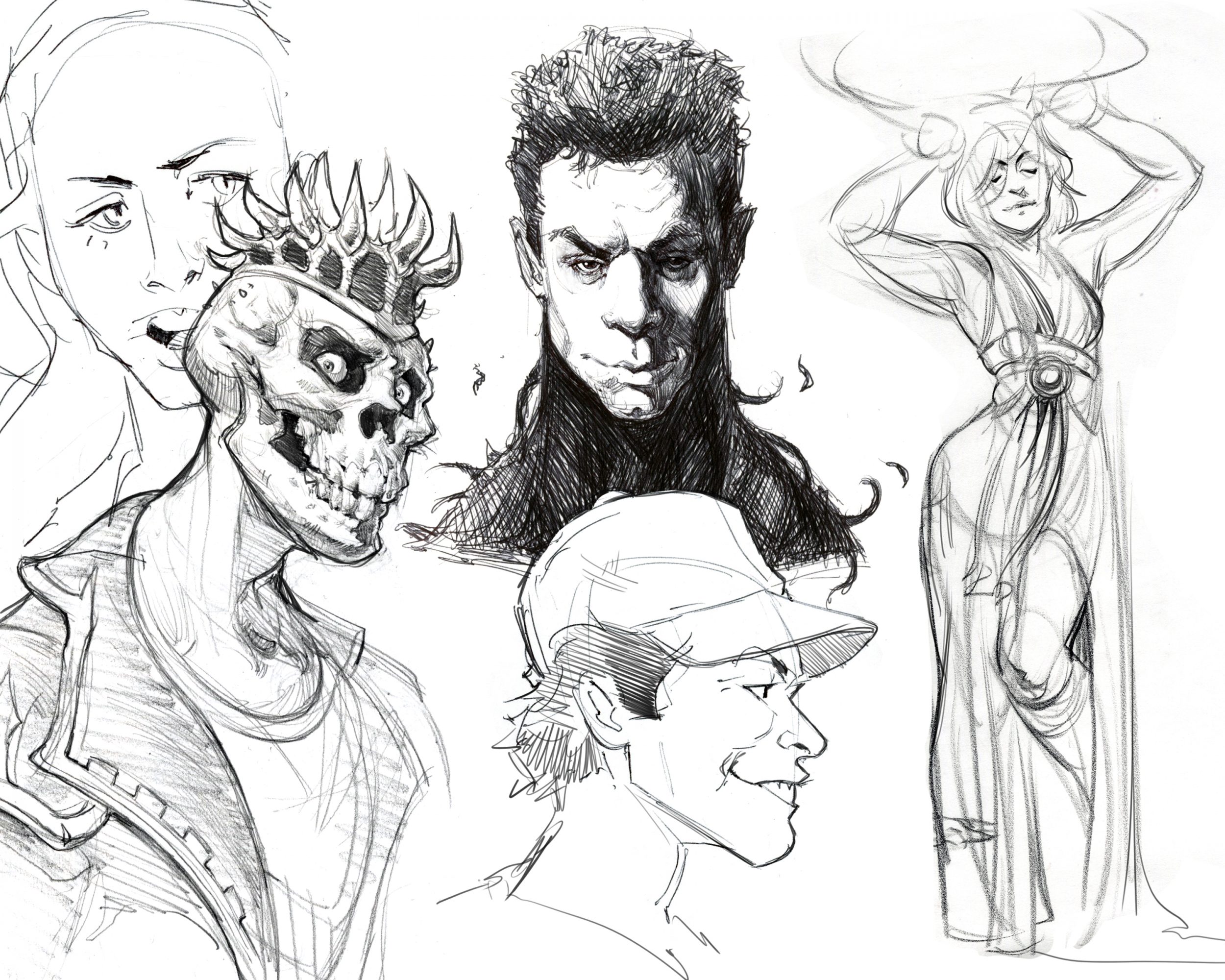 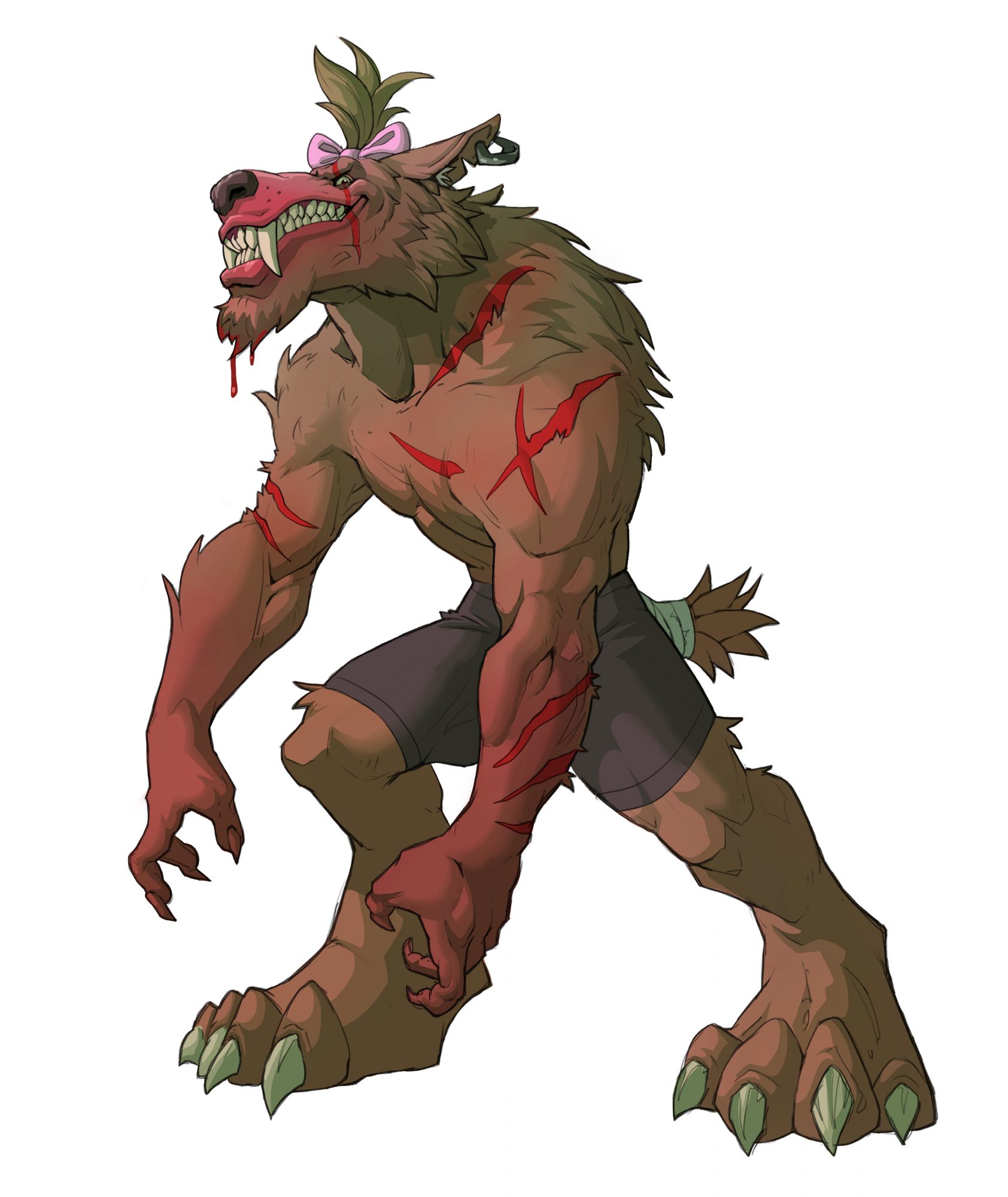 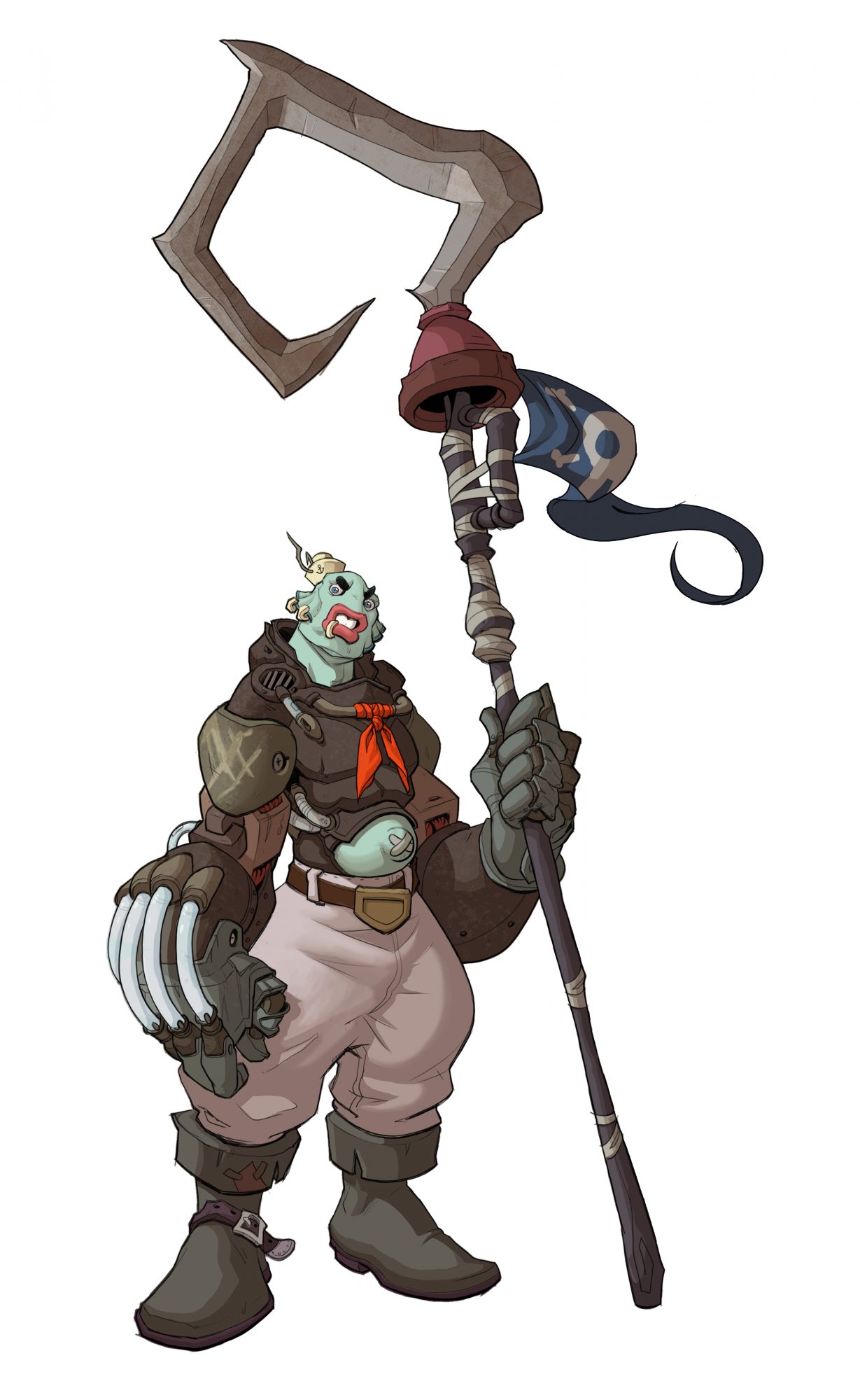 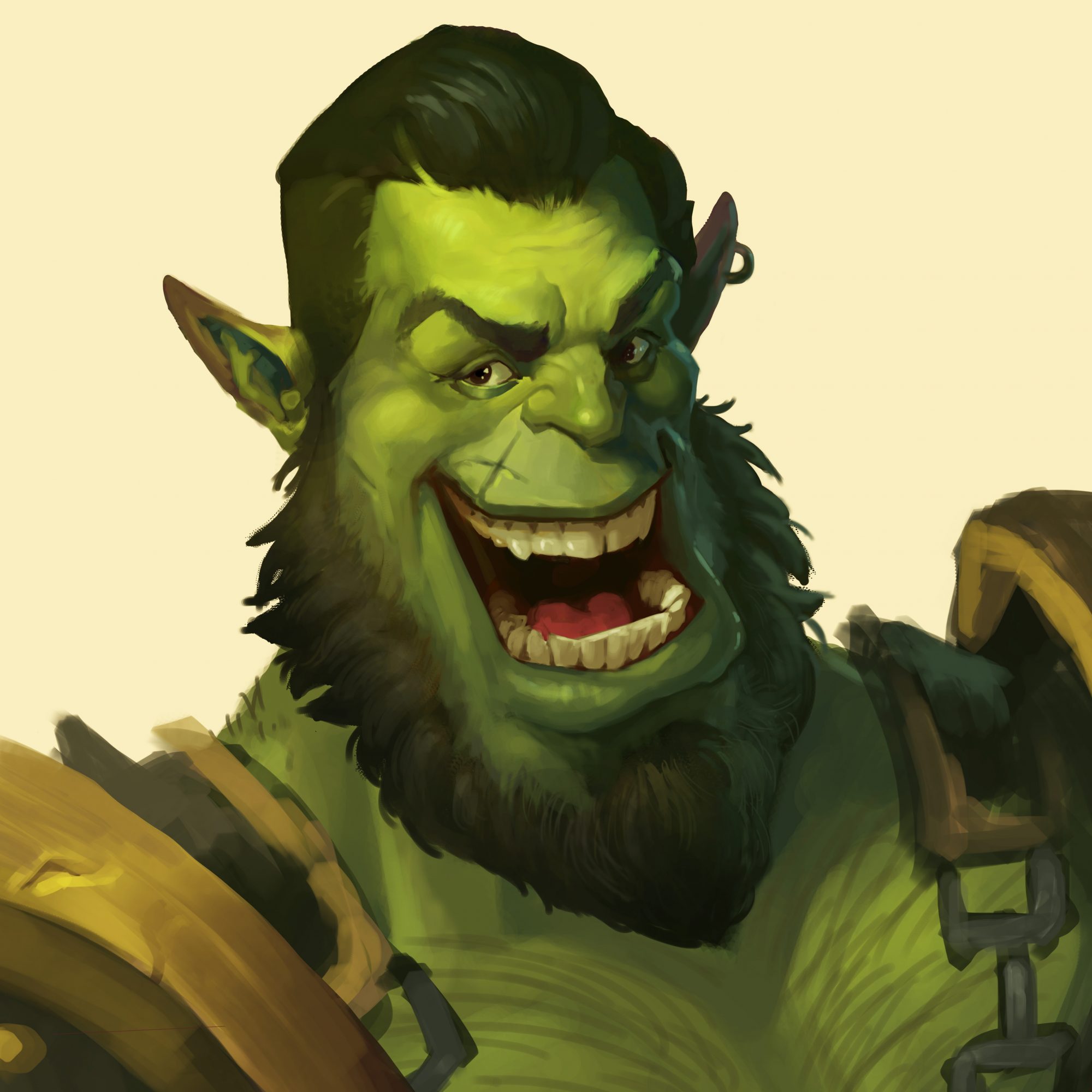 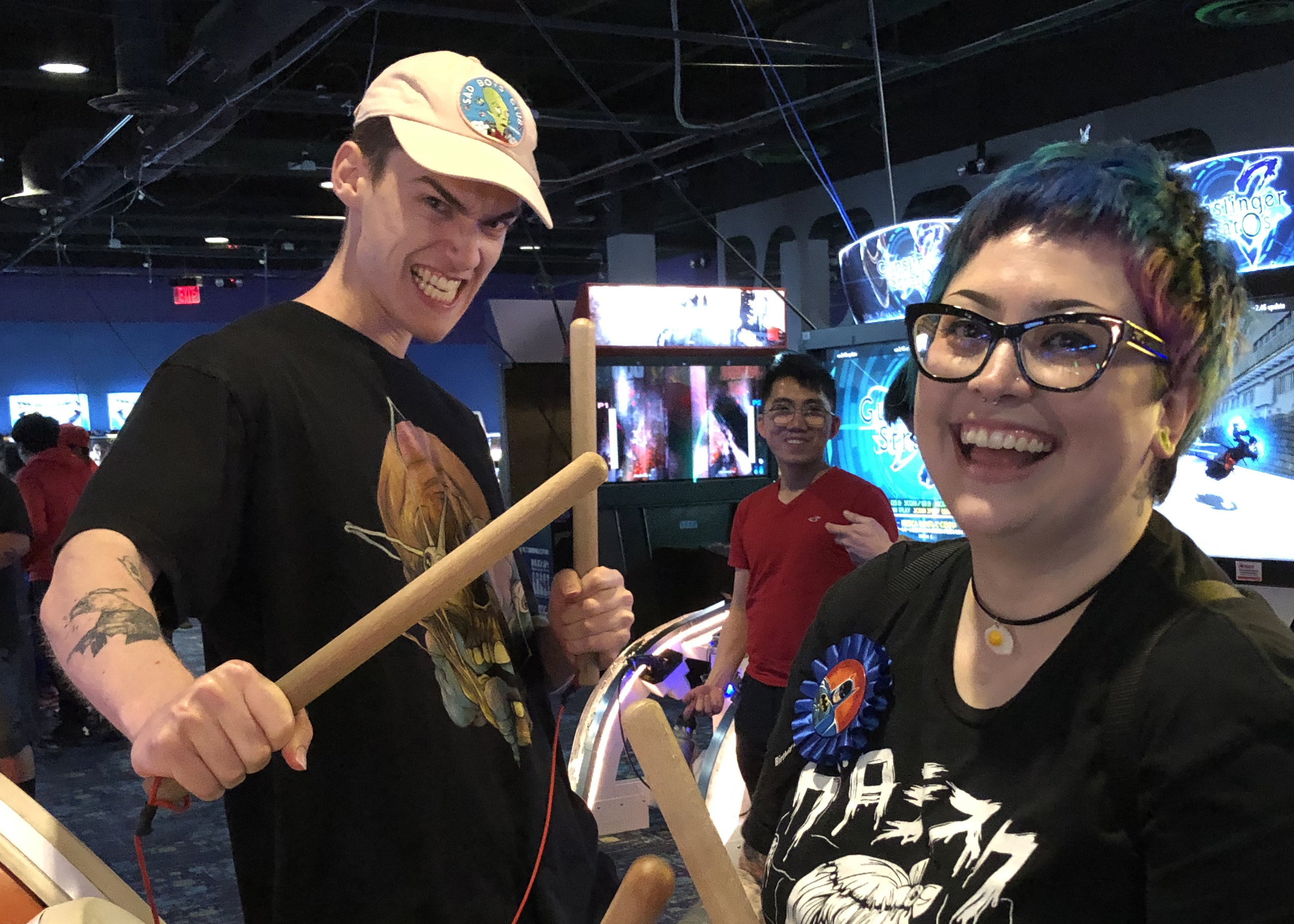 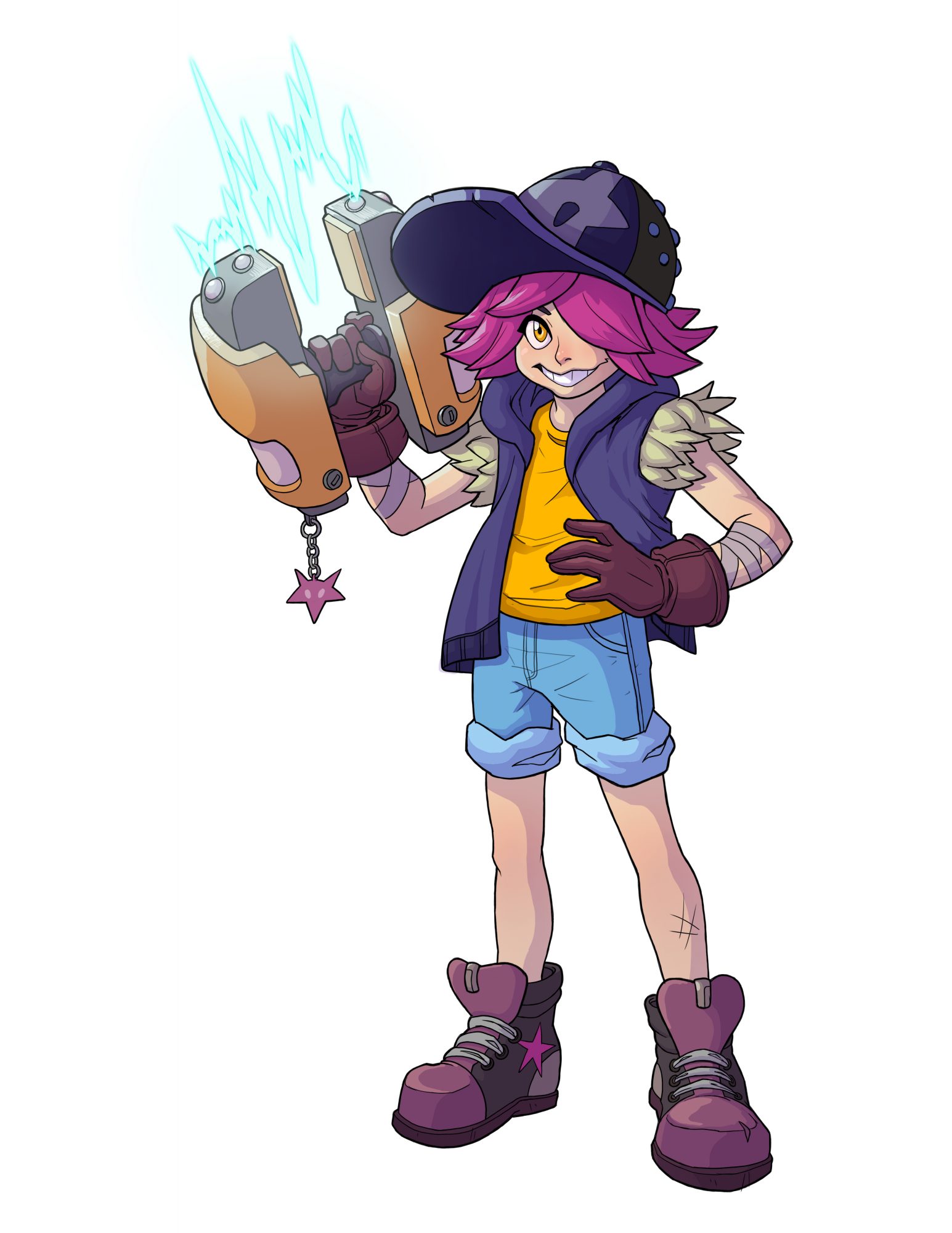 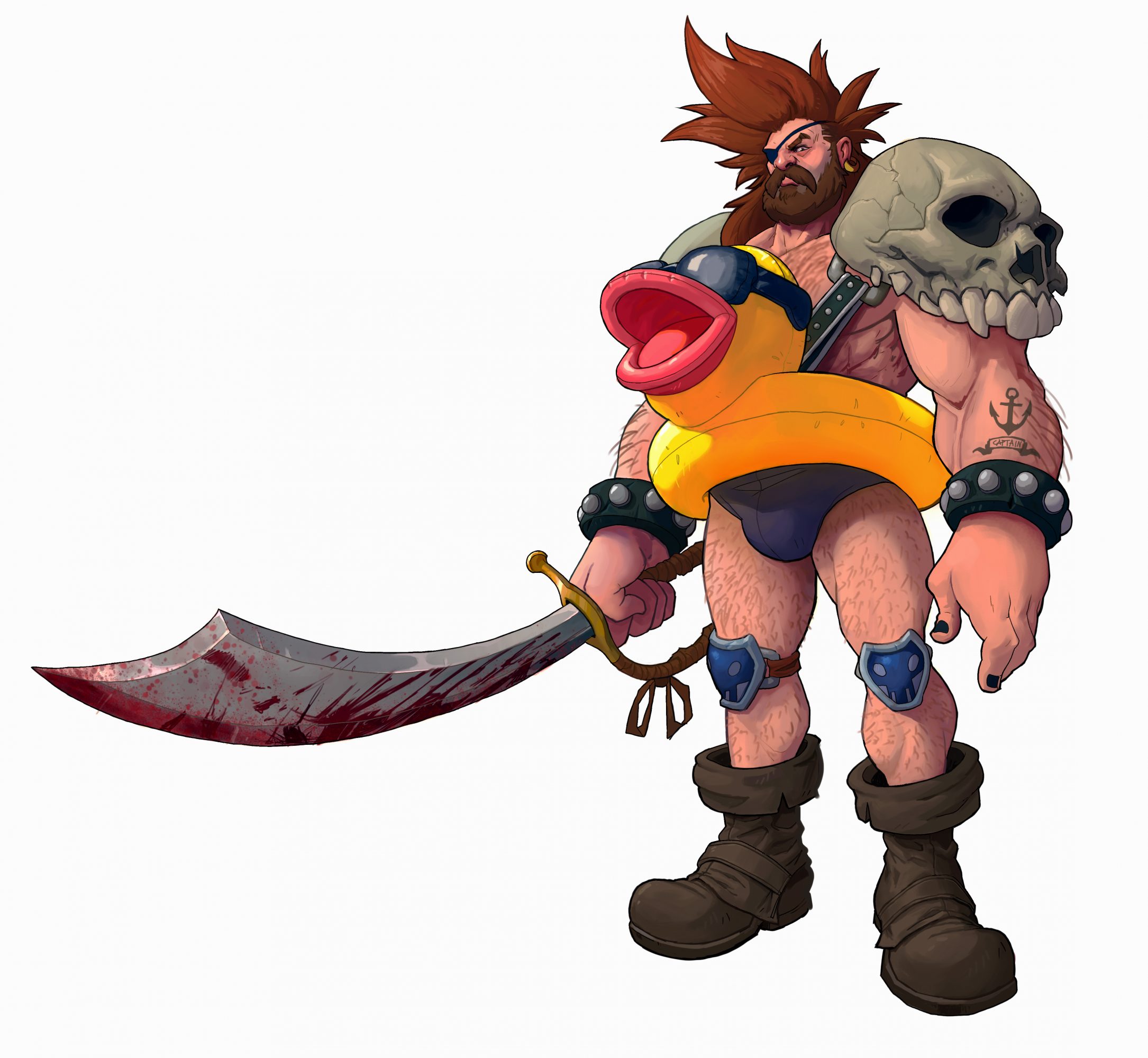 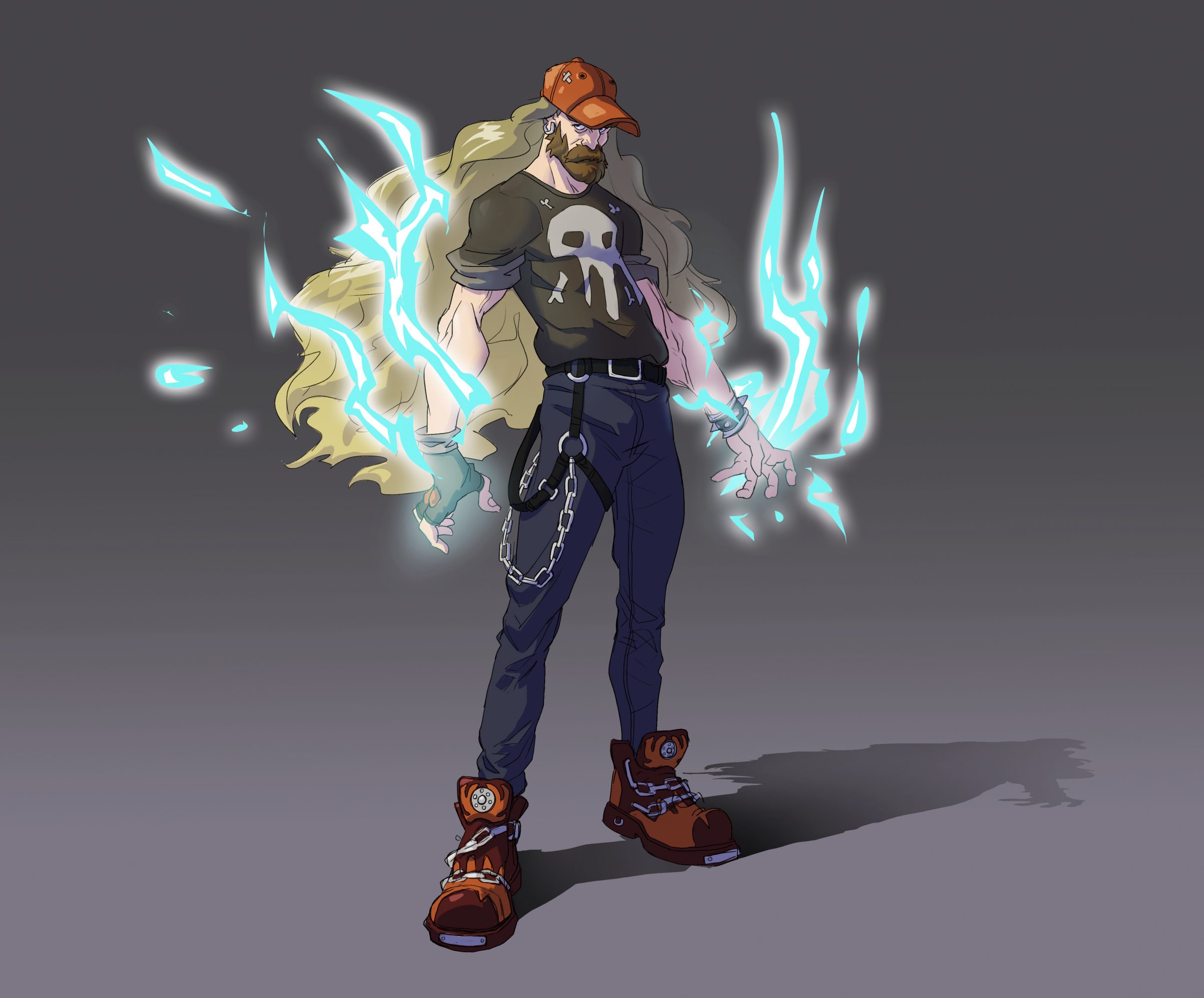