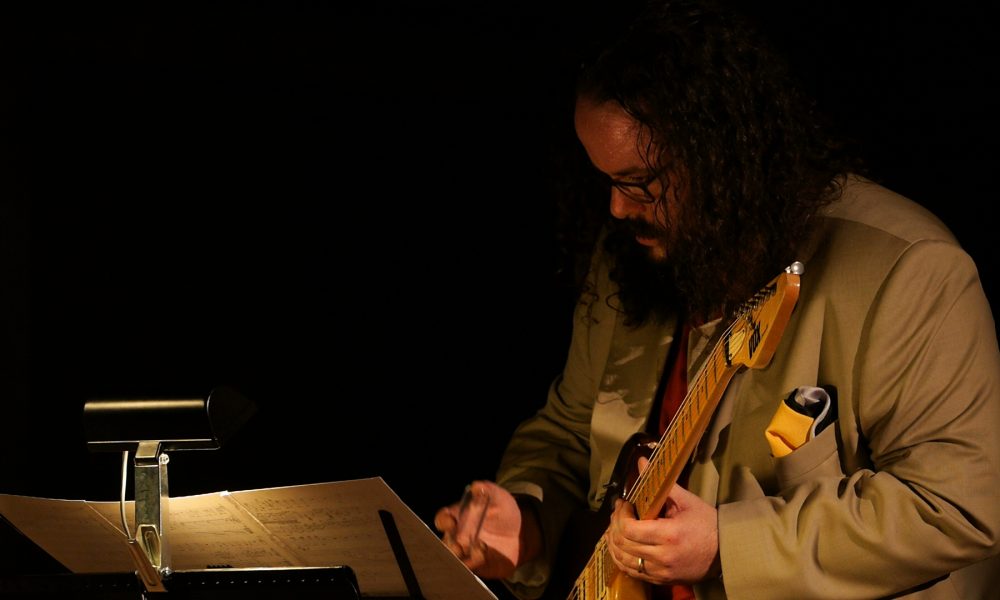 Today we’d like to introduce you to Nicholas Deyoe.

Nicholas, please kick things off for us by telling us about yourself and your journey so far.
I grew up in Boulder, CO. I was a pretty aimless kid, and not a particularly good student. My parents seemed nervous that I wouldn’t graduate, let alone go to college. I bought my first guitar when I was 15, which slowly started to change things for me. I’d been involved with music before playing guitar, as a trombonist and pianist, but I didn’t get passionate about it until I had a guitar in my hands. I finally had something that I felt I could do really well, something that could let me stand apart. I was 17 when I found out that someone could go to college for music. Before that, college hadn’t been a consideration for me. Music gave me a sense of purpose, excitement, and pride.

I went to college at The University of Northern Colorado as a guitar performance major but switched to composition after my sophomore year. I was getting more interested in composition, which had become the new major excitement for my life. I spent half of my last year in college doing an exchange semester in Oldenberg, Germany, studying composition with Violeta Dinescu and spending every weekend riding trains around the country to hear music by the composers and ensembles I’d only been able to listen to recordings of before. By the time I finished my undergraduate degree, I’d become very interested in conducting, and stayed at UNCO to do a master’s degree in conducting with Russell Guyver. I was completely unqualified to do a degree like this, but I’m grateful that I was let into the program, because it pushed me harder than I’d ever been pushed at that point, and changed me as a musician. After completing this degree, I moved to San Diego to pursue a second master’s degree in composition at UC San Diego and did my Ph.D. as well. During my six years at UCSD, I worked with Roger Reynolds, met my wife, had my world view expanded and aesthetic boundaries challenged, conducted dozens of pieces by my friends, and learned to manage a recording session. After finishing my Ph.D., I moved to Los Angeles with my wife, Stephanie. We rented a house in Alhambra and both freelanced and taught wherever we could find work.

During this time, I co-founded wasteLAnd concert series with Scott Worhtington, Brian Griffeath-Loeb, and Matt Barbier. We wanted to fill a hole that we sensed in the creative music community by organizing concerts of music that wasn’t frequently performed by the existing series in town. wasteLAnd was the new thing I was passionate about and could pour all of my energy into. Creating and maintaining this series with Scott Worthington, Matt Barbier, Brian Griffeath-Loeb, Elise Roy, Rachel Beetz, and Dustin Donahue has been an incredibly rewarding way for me to focus on what excites me about musicians in LA and around the world. Now in our sixth season, we have helped contribute to the narrative of how musically exciting Los Angeles can be, that it is not the cultural wasteland that it has so often been depicted as.

In 2017, after five years living in Alhambra, Stephanie and I moved to North Hills, to be a little closer to CalArts, where I had started teaching (now in my third year).

Looking back on this story, the thing that stands out to me is that very little of the successes I’ve found have come from something that was planned, and rather from responding positively to an opportunity that was in front of me. Going to college as a guitarist, focusing on composition, doing a conducting degree, moving to California, then to LA, starting wasteLAnd, and evening finding myself teaching at CalArts were all things that I never would have imagined as a 15-year-old struggling in high school. Paying attention to the world around you and being ready to try something new leads to a lot of really nice things.

Can you give our readers some background on your art?
I am a guitarist, composer, conductor, and teacher. I am excited by music feels somehow tactile. My biggest musical priorities come down to my perception of physicality. Most of my gestures are driven by (or considered from the point of view of) the physical act of a players interaction with their instrument. Beyond that, I tend to experience sound/music in a physical way. When listening, I often find myself tuned into the muscular sensations of excitement tension, joy, fear, surprise, etc. When I build musical textures, I’m thinking about the physical act of achieving them as well as trying to map my own bodily sensations into the structures. I rely on collaboration and developing work over long periods of time across multiple projects with the same people. Some of the people who have played a major role in the development of how I think about sound and work with it are Stephanie Aston, Ashley Walters, Matt Barbier, and Brian Archinal.

What responsibility, if any, do you think artists have to use their art to help alleviate problems faced by others? Has your art been affected by issues you’ve concerned about?
The biggest difference I see is that more artists are realizing there isn’t much potential for change through art alone, and that they must engage in more direct ways than just artistic commentary if they wish to influence change.

What’s the best way for someone to check out your work and provide support?
Visit https://www.wastelandmusic.org to find out more about the organization and upcoming events! 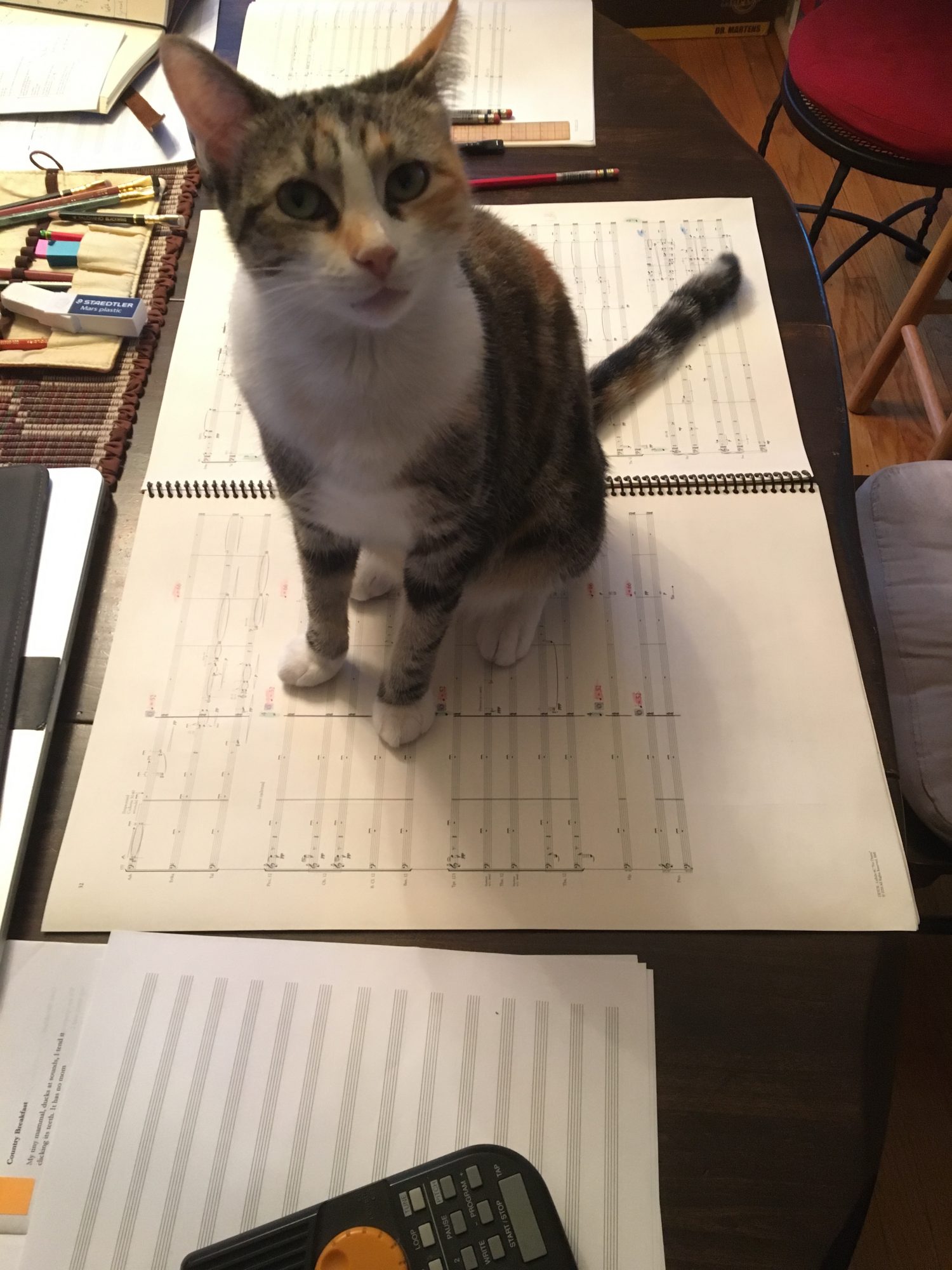 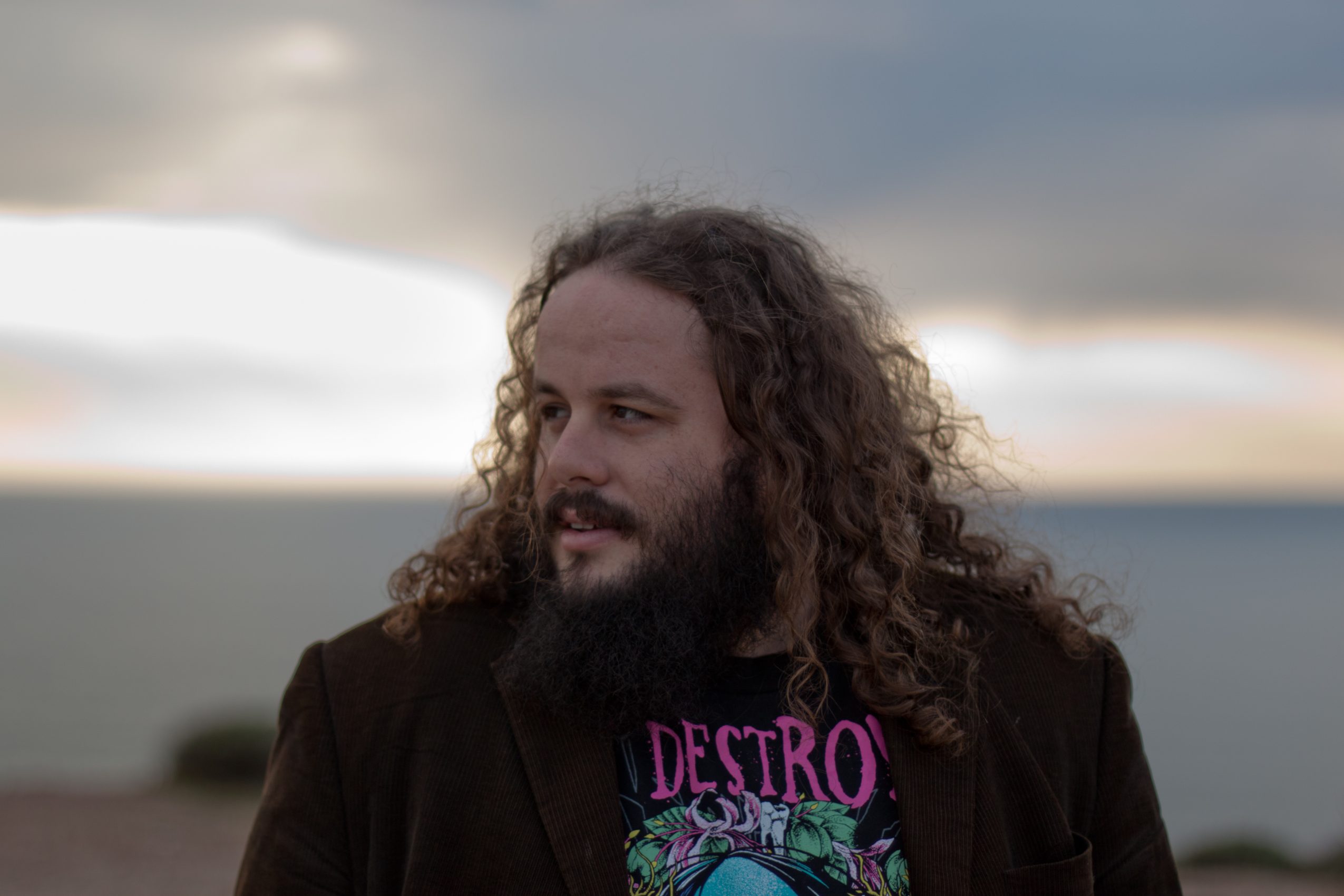 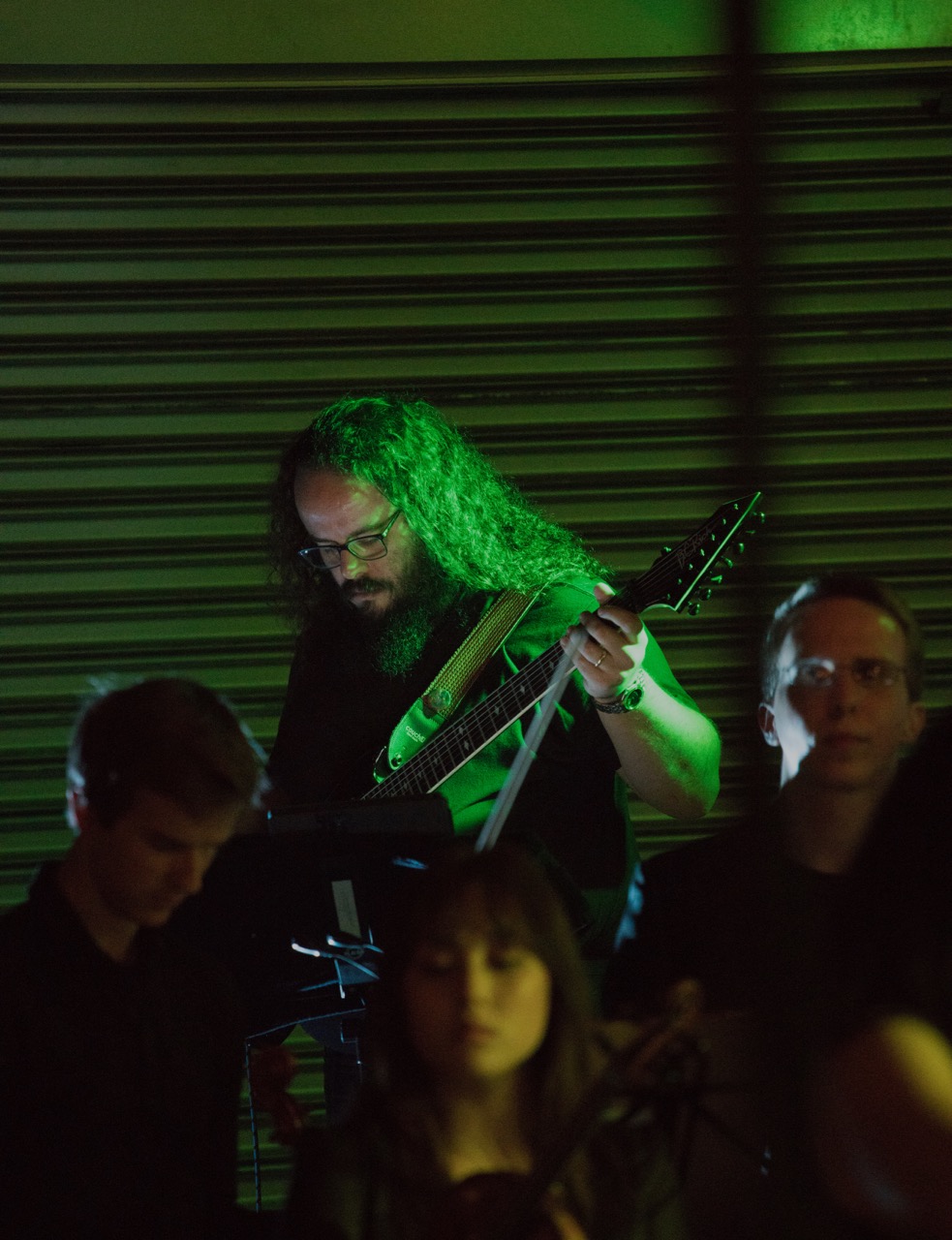 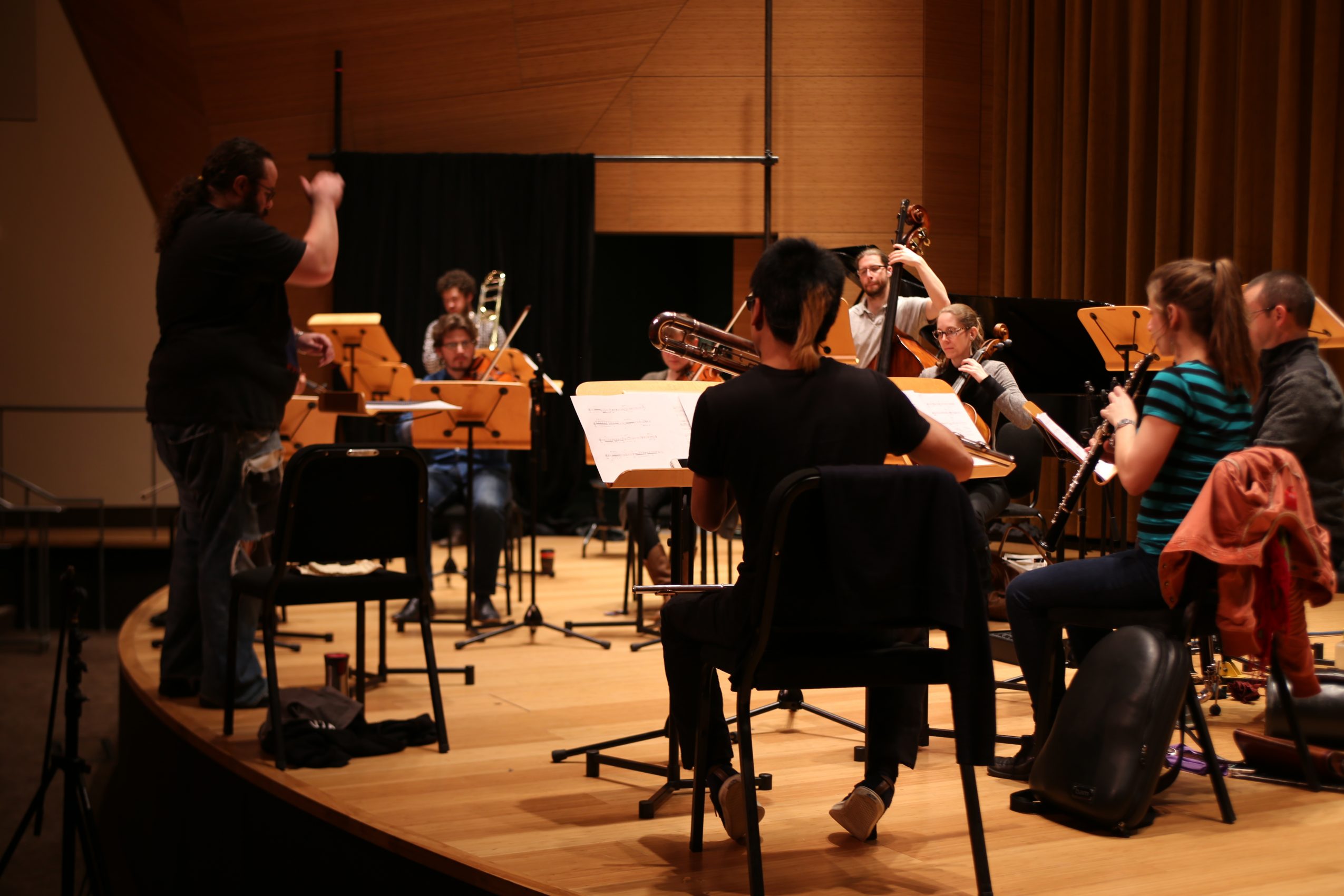