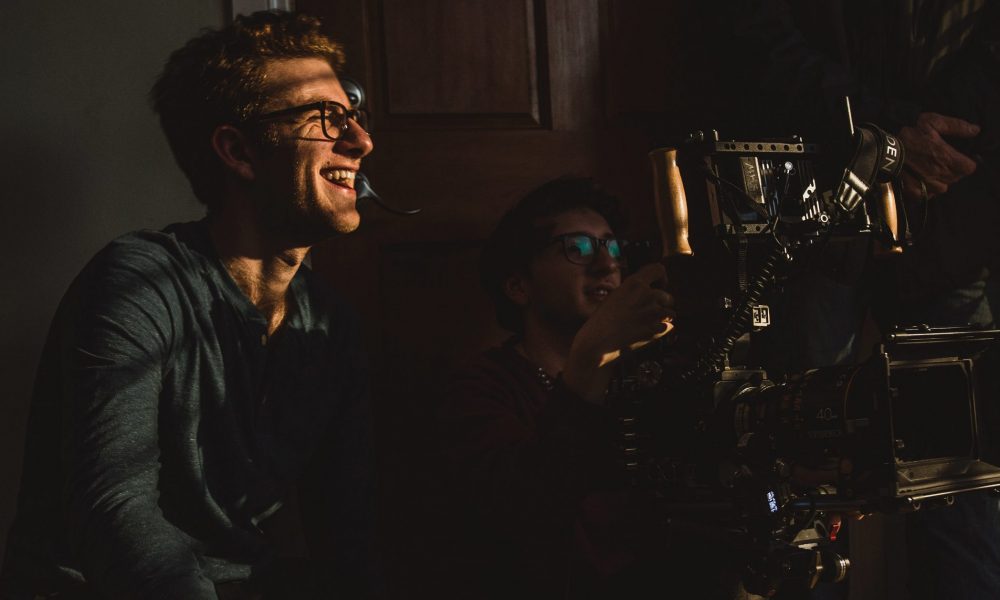 Today we’d like to introduce you to Michael Lappen.

Michael, please kick things off for us by telling us about yourself and your journey so far.
Film is the first passion I have poured myself into without hesitation and dedicated myself to completely. I’ve always been a visually-oriented person. So, when I shot my first short in high school, I was entirely taken with the capacity of film. I was energized with the potential to share perspectives, develop worlds, and realize narratives so tangibly through this perfectly suited visual medium, a remarkable fusion of technical knowledge and creative prowess. With a few more productions under my belt and a resolve to break myself into the art form, I attended Boston University’s Film and Television Production Program within the College of Communication.

Even then, my sights were firmly set upon USC’s School of Cinematic Arts (SCA). Over the next two years, I spent nearly every free moment teaching myself what I could about filmmaking. I inhaled tutorials, educating myself on software from After Effects to Avid. I bought a camera and filmed shorts and exercises, exploring cinematography, editing, lighting, visual effects, sound design, and more. Alongside the hard-fought development of these skills came the realization of an equally important concept: that film is a multifaceted occupation and a fiercely collaborative one at that. I grew to appreciate individual departments, pre-production through post. Though my aspirations lie within directing, my knowledge of, and appreciation for the capacities of these neighboring departments elevates and informs my filmmaking all the more.

Entering my sophomore year, I was able to begin my transfer application. I devised a new short and sunk my fall semester and winter break into the application. I applied to just one school, to just one program, and, in a defining moment, was admitted into the Department of Film and Television Production at USC’s School of Cinematic Arts. Finally, I found myself immersed within the collaborative and professional filmmaking environment that I’d so fervently pursued; my resolve to grow as a filmmaker and a storyteller only strengthened. After my first year, I co-founded a production company and filmmaker collective alongside two fellows driven SCA students: AnimalCamp LLC. We built a network and began sourcing clients for commercials, music videos, commissioned shorts and the like, distributing the work amongst our collection of freelance filmmakers. It wasn’t long before we began producing content for Blackmagic Design, creating primer short-form films as an advertisement for their Collective and Film Festival. Nevertheless, my passion and skillset remained firmly planted within the realm of directing and so in the fall of my senior year I applied to, was shortlisted for, and successfully pitched to direct one of four CTPR 480 Senior thesis films (out of fifty applicants), the largest undergraduate production offered at the School of Cinematic Arts.

Please tell us about your art.
As a director, my primary concern is with my actors: in casting a performer who earnestly listens and responds accordingly, who, in lieu of a preconceived delivery, adapts their performance to the stimulus with which they are presented. I’m responsible for tailoring their character, for realizing the full potential of their performance. However, the role of the director extends far beyond the realm of dramatics. An equally important facet of directing is the ability to quickly and effectively problem solve. Anything can go wrong… and it sure tends to. It pays to remain composed and focused on finding a solution. A director is further entrusted with creating and maintaining a consistent tone and feel, working with the camera, production design, editorial, sound, etc. to deliver a cohesive final film. Personally, I’ve found my voice as a filmmaker through the infusion of carefully crafted and rhythmically integrated visual comedy into my stories. Through this stylized amplification of “show-don’t-tell”, I’ve been exposed to the heightened potential of this visual medium, I’ve developed my own unique perspective, my voice, as a director and as a creative.

It seems that there’s often a propensity to rely on dialogue to motivate a story or deliver a joke. I’ve developed my voice by taking advantage of camera composition and movement, blocking, editing, accenting sound effects, and transitions to build momentum visually throughout my work. There’s a vast spectrum of seemingly underutilized storytelling tools at our disposal as filmmakers. I aim to take advantage of every opportunity to convey a plot point or produce a laugh without a word of dialogue. These opportunities to tell the story visually, to develop or demolish momentum through an edit, to reveal something about a character or a location with a movement and an accenting sound in place of, say, a cut to an establishing wide shot, standard coverage, or stock b-roll, expose an expansive and exciting world of visual storytelling possibilities. On my latest film, Piggy Bank Proposition, we follow Ella, a precocious little girl, and the hitman she coerces into “taking out” her stepfather. Ella is industrious and bold, playful but driven; she’s retained a sense of childish innocence even in the face of barbaric maltreatment.

It was a blast working with Ella’s character and depicting this will of spirit; a lot of comedy comes from the way in which we reveal Ella throughout the film. We created a recurring motif of Ella popping into the frame at the most inopportune times, “teleporting” for all intents and purposes. By establishing this pattern of entrances and transitions early on, we built this absurd visual into the language of the film, establishing clearly that Ella can’t literally teleport. Rather, Ella’s poppy entrances visually display her spontaneity, her intrigue, and childish mischief, without relying on exposition. It’s my passion to exploit these priceless moments, to subvert the accustomed formula. In another scene, Ella shares a few lines of banter with the hitman Tom before he leaves for a “cleaning job”. I took what was written as a standard dialogue scene on Ella’s lawn and placed Tom back in his car with only a thin pane of glass between him and the eager Ella. Ella once again scoots into the frame, but now she must attempt to communicate with the harassed professional through the window. Between Ella’s entrance and the visual hoops she jumps through to get a word in with Tom, this quick transition scene became one of the funniest moments in the film. Of course, I have a lot left to learn and plenty of work to further develop my perspective; these attempts are successful as often as they are not.

As of recent, my filmmaking preferences have grown toward the realm of dark witty comedies, exposing and exploiting the levity inherent in even the worst of situations. My prior production, Proof, a dark buddy comedy situated at the end of days in a post-apocalyptic wasteland, exemplifies this theme. When the protagonist, Raymond, drinks the last of his partner’s rum (which they needed for Molotov Cocktails), the mismatched duo must venture out into the wasteland to collect more supplies.

Reflecting further, a theme of polarizing characters and their eventual, if not unlikely, reliance upon each other, frequent these narratives. I love the potential of conditionally antagonistic “buddies”. Thus, Proof features two polar characters who must learn to compromise. Raymond acts irresponsibly and selfishly, drinking the rum, while Curry is overly calculating and serious. The scavengers (a charismatic wasteland duo who attack Raymond and Curry, they are successful survivors who are simultaneously able to have fun), then, serve as an archetype, the realized potential of what Curry and Raymond could have. It is only through Curry’s recognition of the merit in Raymond’s “play” and Raymond’s choice not to act selfishly that the two are able to defeat the scavengers. These themes are broad enough for me to explore through almost any genre, yet retain the power to create surprising relationships and joyful conflicts between protagonists. These are the scenarios with which I am enamored, these are the stories that I get excited to tell.

All in all, what I’d really like to impart through my work is the absolute joy and immersion that comes from creating and experiencing a lovingly crafted film. Often times we’re encouraged to tailor each shot and edit to preserve a film’s seamless flow, an unobtrusive integration of scenes into a whole – undeniably a crucial skillset… but outside of those strictures is where so much of the fun is to be had! I want to immerse the audience, but I don’t want to pull attention away from these filmmaking tools, tools that can be used for such a creative effect.

We often hear from artists that being an artist can be lonely. Any advice for those looking to connect with other artists?
Look to collaborate as often and intimately as possible! While not every art form lends itself to direct collaboration, every art form can be elevated, even indirectly, through broadened perspectives, diverse tastes, and distinct life experiences. As an artist within the film industry, I undeniably have the added advantage of dependency upon a cast and crew of fellow creatives, one that demands regular connection with other artists.

The more invested others are in the project at hand, whether it be a model you’re photographing or a singer/ songwriter creating accompanying lyrics to your song, the more supported and, in turn, contented you’ll be with your work. The mindsets of those we choose to work with are equally as important as the skillsets they possess. Collaborate with those who embolden you to do your best work, those who share a vision and a passion for the process, rather than simply possessing the ability to “produce the best end product”. Share in the excitement of your peers’ work, help them realize their vision and you’ll discover the best collaborators in those that return the favor.

Aside from working relationships, in my mind, art has the potential to be isolating due to its demanding nature and because of our self-imposed pressures. We give so much to perpetually evolving our skillset, to developing our voices. We have no defined end of the day: characters can be flushed out further, the script re-drafted, a contact made, maintained, and utilized, the actors rehearsed with, the feature concept put to paper, and the pitch and the pitch after that developed. When you’re selling yourself and have pride in your end product, the job is never over. Moreover, when you’re selling yourself upon a subjective skillset it’s hard to turn off, it’s hard not to indefinitely push for improvement. I think structure is the key, defining times as best we can for work and for socializing. It’s something to remain conscious of and allows me to create more efficiently.

What’s the best way for someone to check out your work and provide support?
The best place to find my films is on my website and Vimeo. Per festival regulation, some of my most recent work isn’t available publicly while on its festival circuit. These shorts are privately posted but will be available soon from Vimeo and on my site. More work can be found on my production company AnimalCamp’s Website and my Instagram – listed below. My latest directorial piece, Piggy Bank Proposition has just been accepted into its first two film festivals, the Catalina Film Festival which screens in late September and the San Diego International Film Festival which screens in mid October. Future screenings will be listed under the “Bio” page on my personal site.

The best way to support my work is to get as many eyes on it as possible! My goal is to direct feature-length content in the same vein as the shorts I’ve developed. If my work connects with you, share it around.
Personal Site: https://michaellappen.wixsite.com/directing
Instagram: @MichaelLappen
AnimalCamp: https://animalcampcollective.com 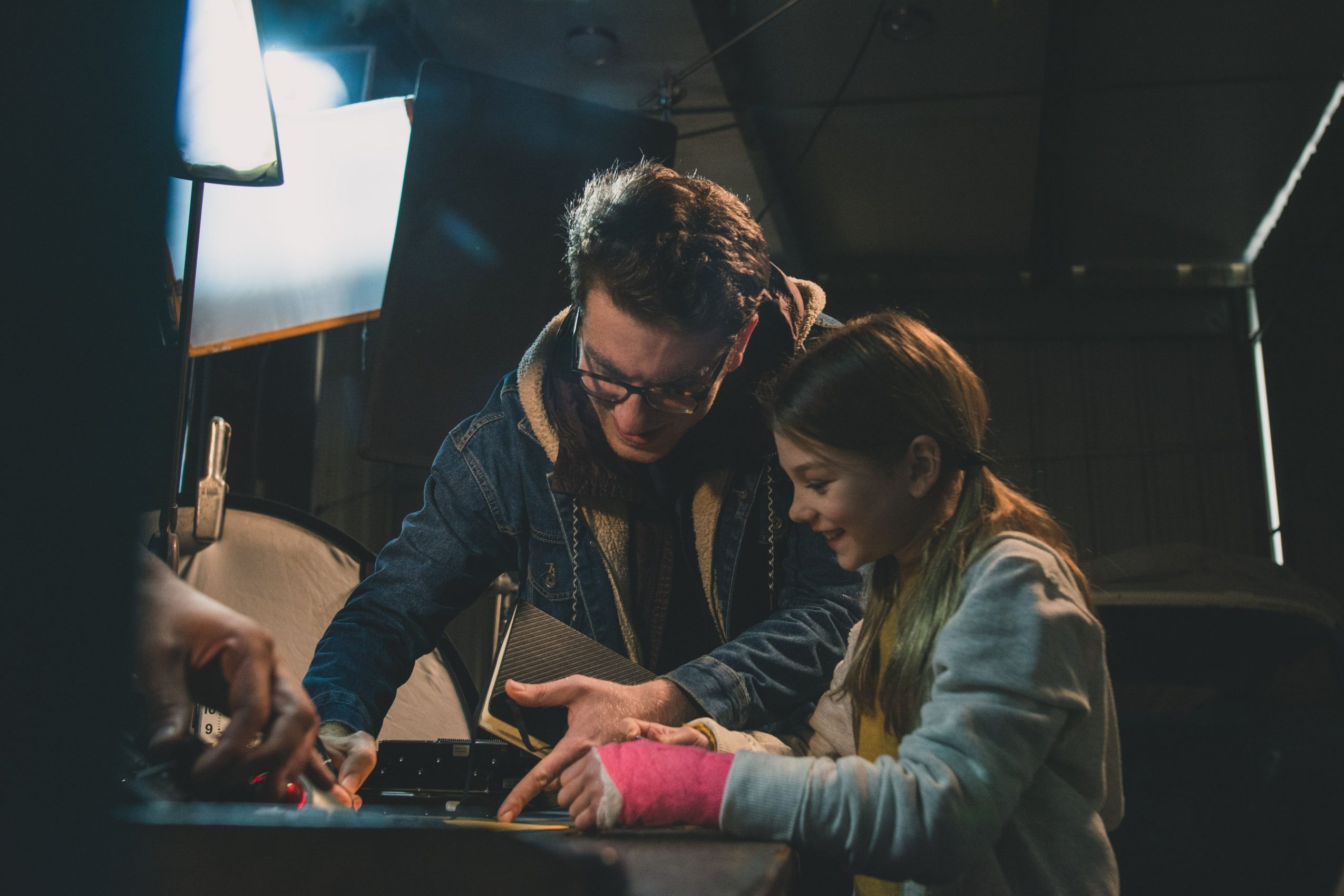 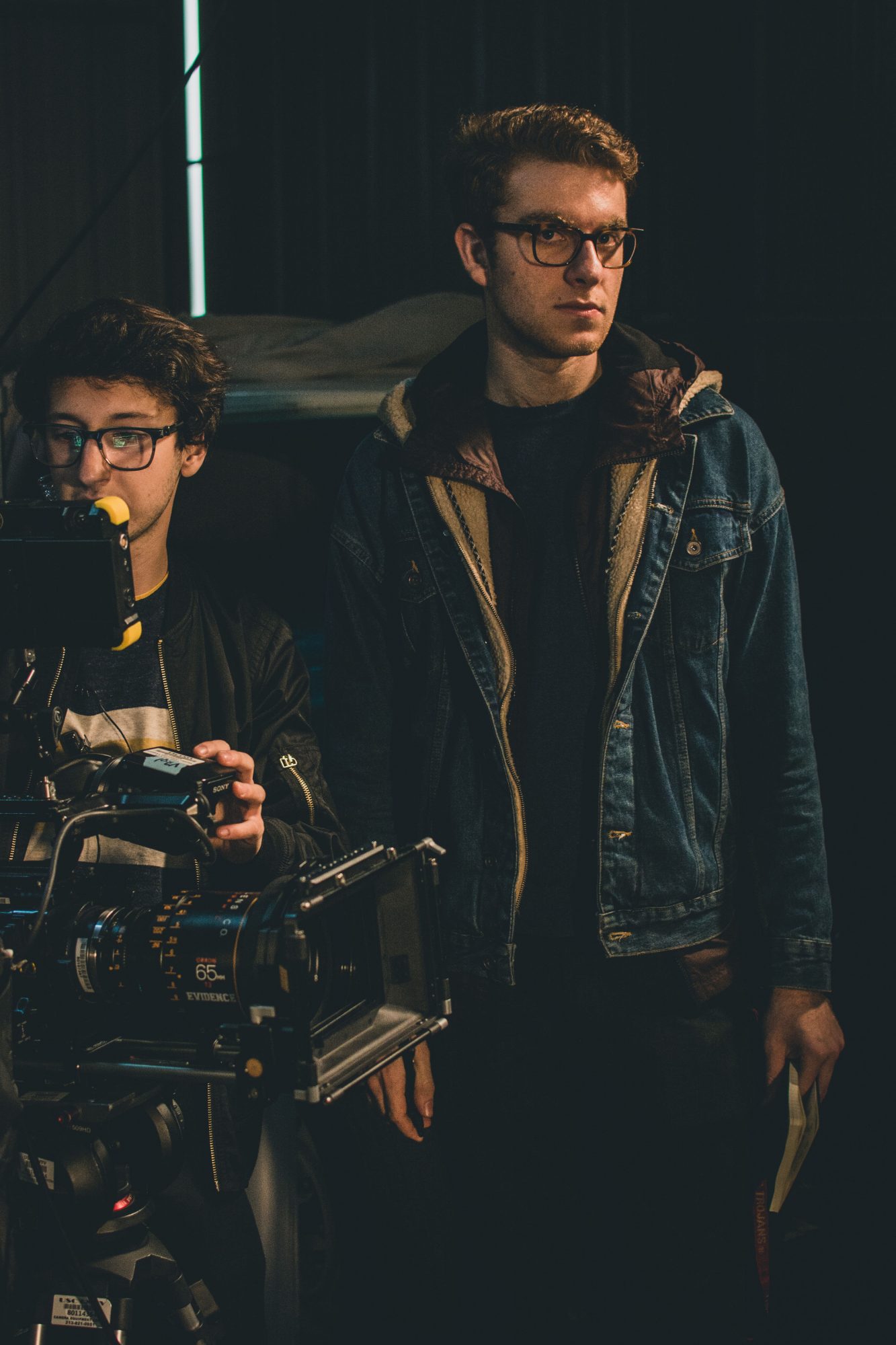 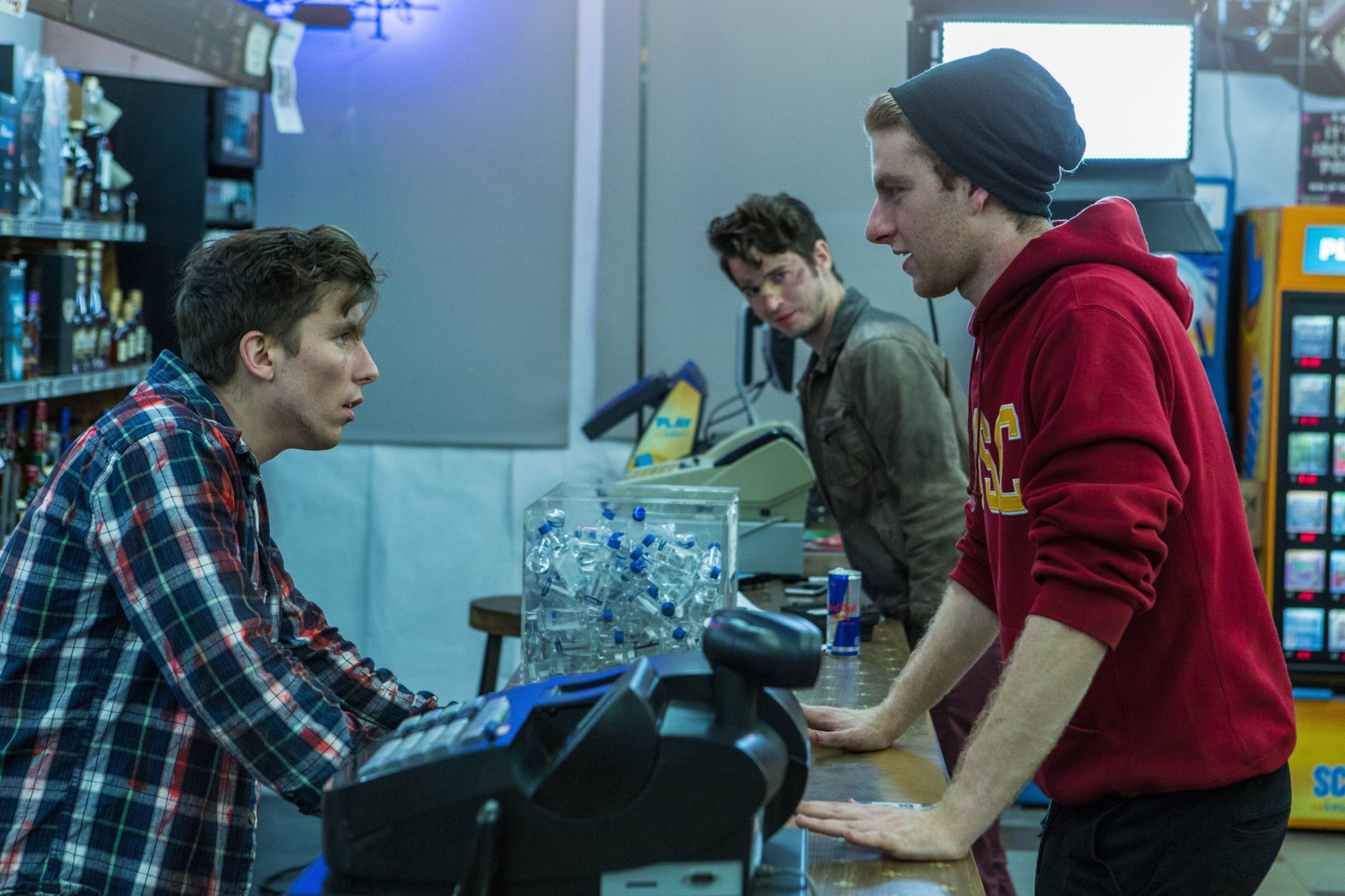 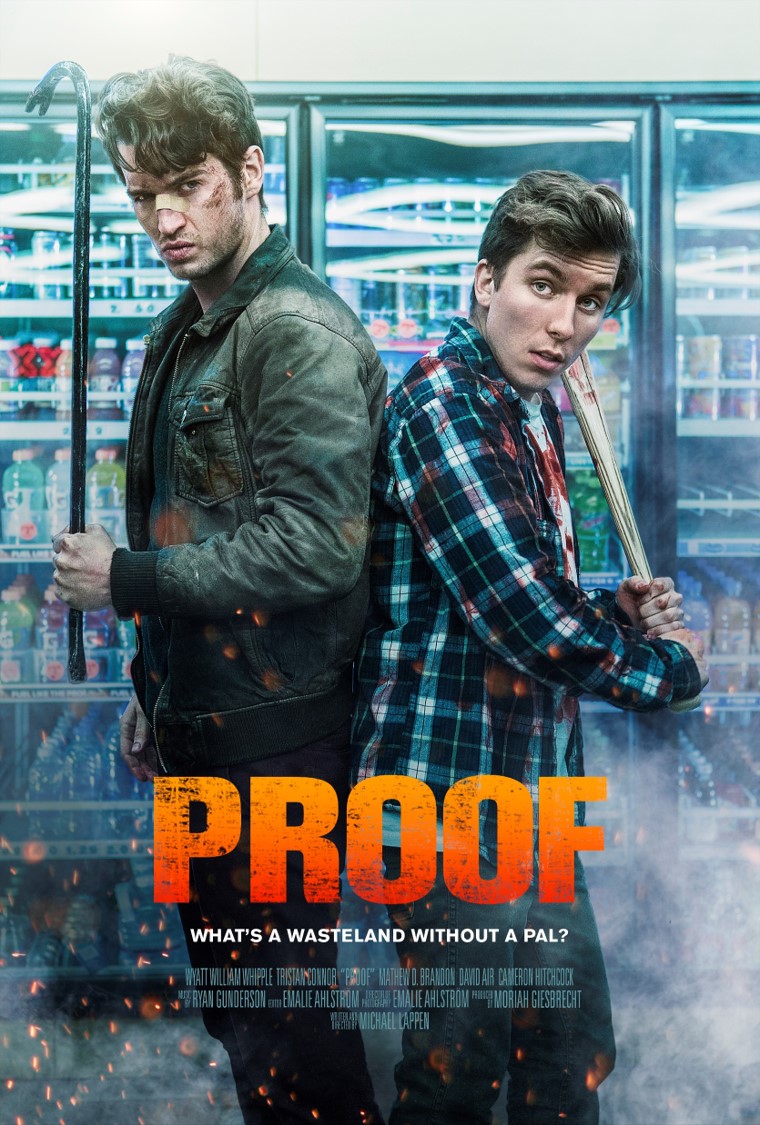 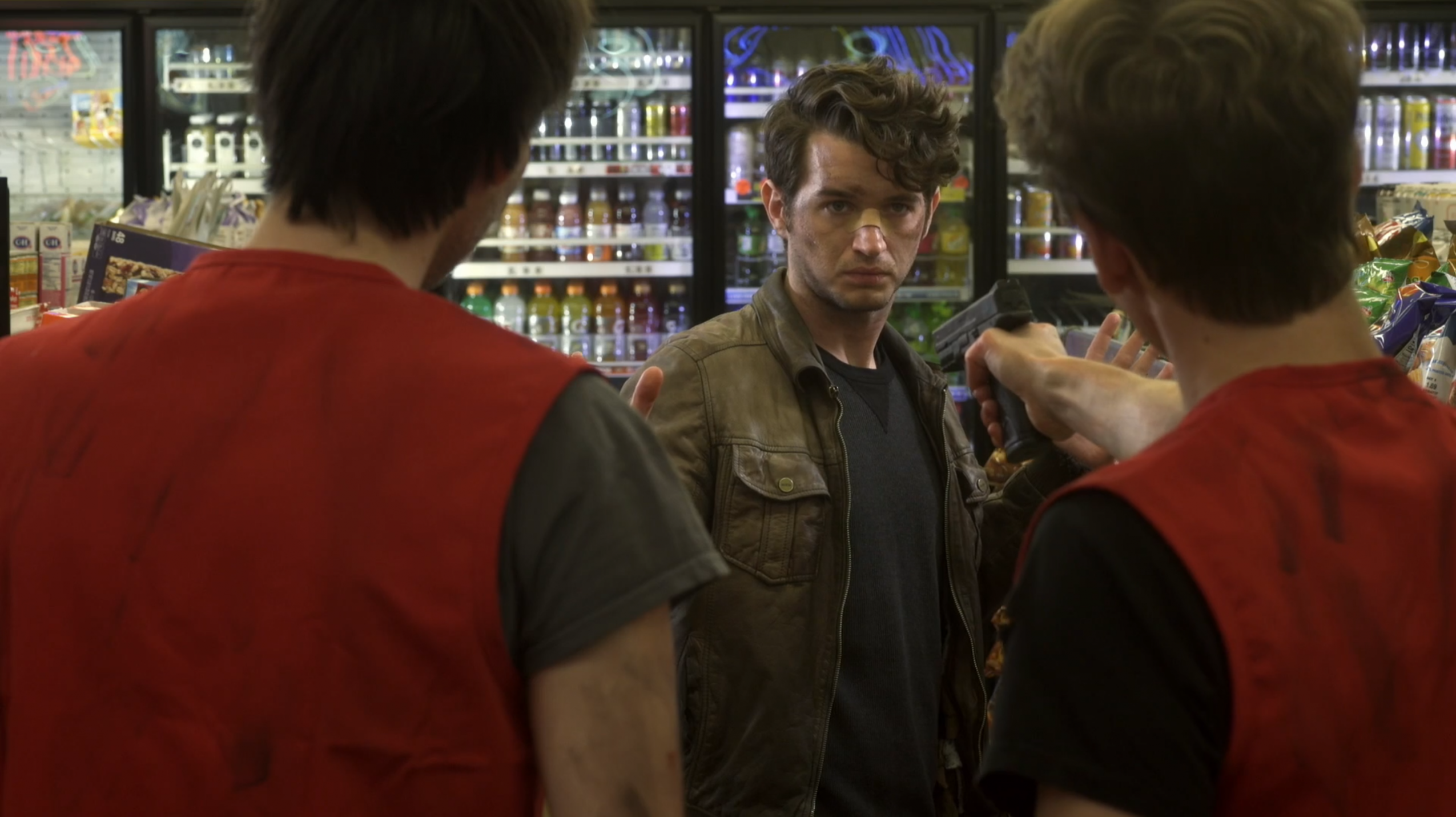 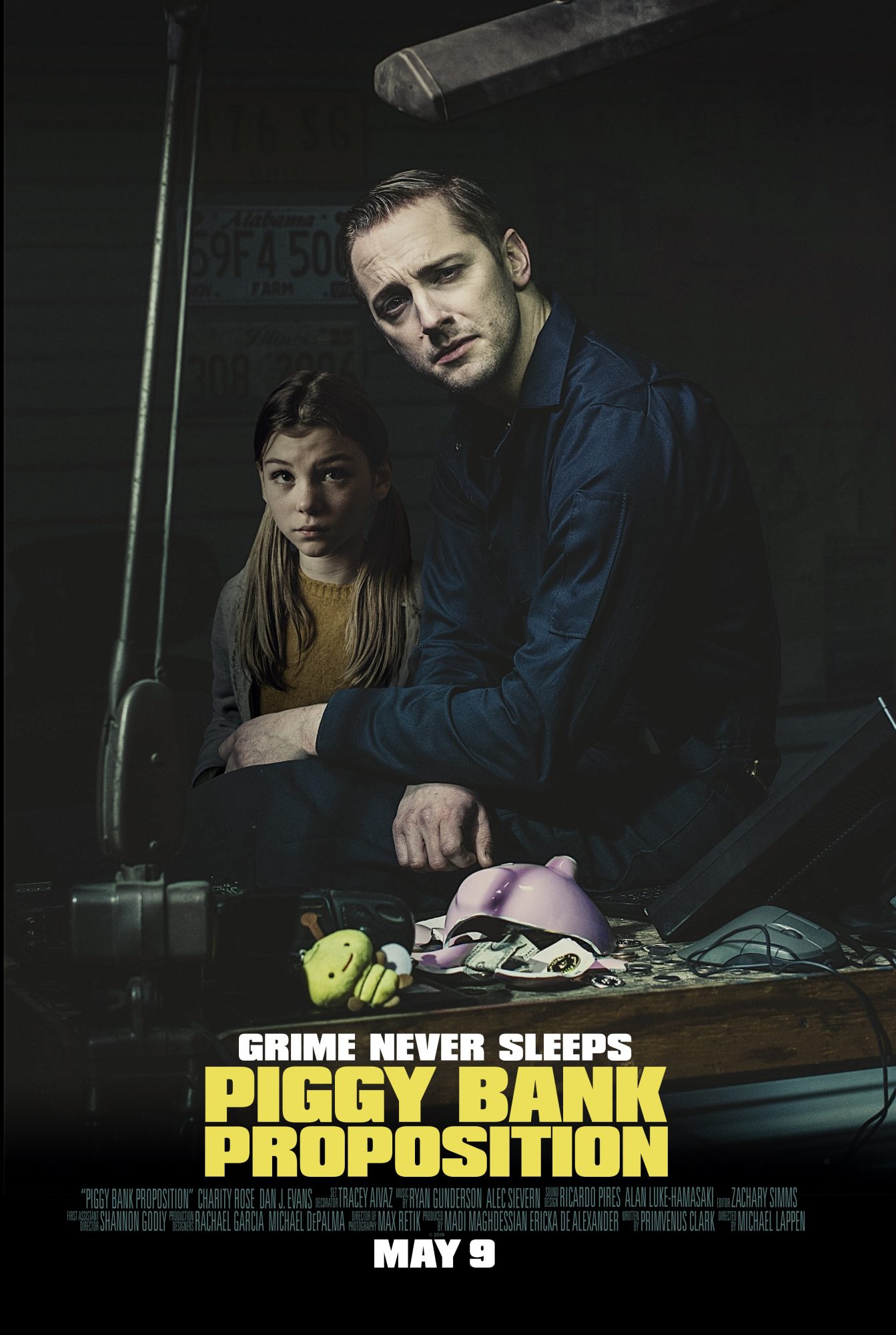