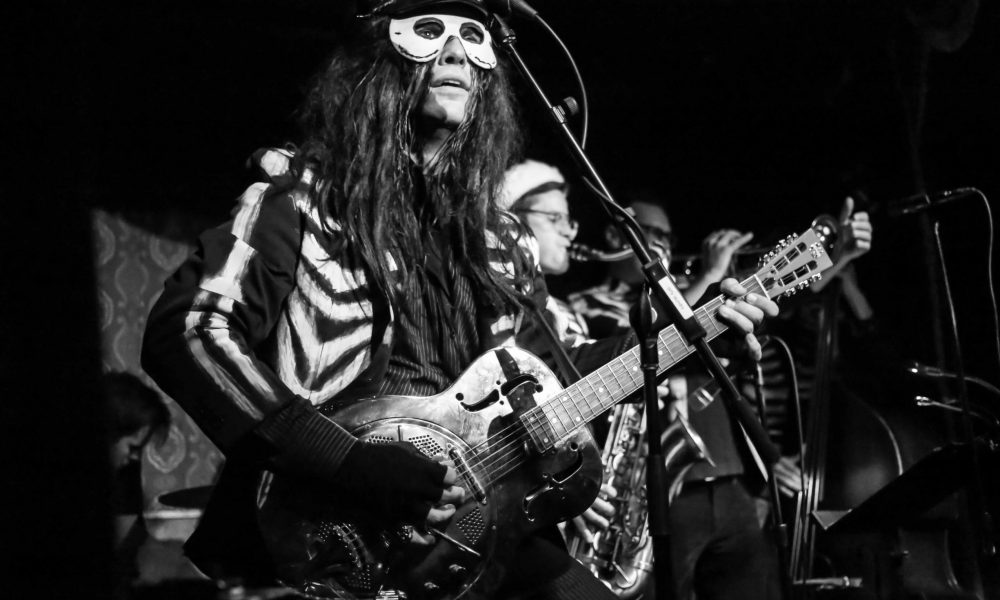 Today we’d like to introduce you to Marquis Howell.

Marquis, please kick things off for us by telling us about yourself and your journey so far.
Born in Redlands, an hour inland of LA. Worked at second-hand shops until I opened my own, Hobo’s Vintage, which ran for six years before I closed it up & looked towards LA. Parallel to that, I started a folky roots jive band called Hobo Jazz that put (and still occasionally puts) on great shows all over Southern California. Also, I got married & had a marvelous son named Wolfgang. He’s 11 now and smart as a tack! In 2011 my marriage died & my shop suffered from my personal discombobulation, spent a short time living at my shop (not as bad as it sounds). By 2012 I was living off of the scraps of my previous pseudo-success and then bam! Big change. As I was still making a nearly functional living as a musician, I got asked to sub in on upright bass for a couple of days with my friend John Reynolds’ band that played regularly as an independent contractor at Disneyland. While there I notice a sign for an audition. Having never auditioned before I thought it’d be interesting. Seven years later I’m still a musician there. That Disney job, coupled with my chance romance with an amazing Lucha Va Voom wrestling twin, enabled me to move to LA. Closer to my son, most of my gigs, and that twin, who became my second wife!

Then, as my music career in LA was taking the shape of something viable the universe gifted my, by then, rocky marriage with the news of Triplets! Three babies in my wife’s belly! What?! The doctor was happy to tell us how to “reduce” that number in utero, but as I write this I have the three of them napping on me, and I can only laugh at the thought of not having these three little angels cozied up on my shoulders & stomach, making my tuckus fall dead asleep. They just turned three this past March. That marriage ended too; divorce just finalized this February. If I make light of it, it’s because making light of it has become a survival strategy. That was a rough one.

So that’s where I am. 4 kids, one 11 & the others 3. 2 ex-wives. One seat of my pants hustle of a musical career. I’m a single father of 4 half the week and the other half I’m trying to work smart enough to pay for it. I lead my own spooky swing band (Marquis & The Rhythm Howlers – therhythmhowlers.com), I play upright bass & guitar sideman for Disney, Janet Klein & a host of others. I DJ vintage records of the 1920s through 1980’s music; I help bands & musicians find event planners & vice versa, I’ve even done some scoring for animated & live action internet shows. Oh, I also self publish a little half-page magazine, The Red Hot Jive Report, for the vintage swing & jive music community. Finishing up issue #2 now!

Frontman, Sideman, Middleman & more. I sleep when I can.

Can you give our readers some background on your art?
My art is Music, with all its many facets. I play the music I love on stage for friends & fans, at home for me & my kids, & on records for other lovers of it. I made a decision years ago to only deal in the music & styles that I cherish and hold close to heart. I simply cannot eagerly participate in the presentation of that which my soul does not welcome. I think doing so would be a disservice to myself & more importantly to anyone listening. It’s such an artsy, bougie thing to say that but come hell or high water I’m making it work. I’m lucky & determined to stick to my guns.

My output largely sits in the world of 1920s thru 1950’s hot jazz, swing, & rhythm & blues, either directly or peripherally, with occasional tangents into the timeless world of art. My band, Marquis & The Rhythm Howlers, is a symbiosis of all these things. It’s dark, moody, vulgar, & swinging! It’s a projection of so many of my favorite things that it feels intensely intimate on stage at times, yelling or mumbling my emotions over the sound of my skeletal swing band. I’m incredibly fortunate to have some of the best swing musicians around in my group that allow me to ebb & flow the songs as I see fit, all under my exoskeleton of wig hair, mask, & eyeliner.

At the same time, I am a loud & proud exponent of a certain 1920s & 1930’s style of upright bass playing. Lots of syncopation & percussive attack that creates a certain rhythm depending on the composition of the band & what the song needs. It’s a style I’ve learned from studying the records from the 1920s through the 1950s that feature the bass playing of Bill Johnson, Steve Brown, Thelma Terry, Pops Foster, and several others, all early creators & practitioners of this movement. This facet of my artistic output is certainly one of my more scholastic sides but still also very physically demanding. From cranking Victrolas to pivot slapped triplet runs, my hands are my livelihood.

I found that I’m not alone. When I meet people that are on the same page as me in any of my pursuits, I feel part of something much bigger than myself, and it’s wonderful. I know I can’t please everyone but when I find that someone is able to find their own expression through my work I certainly know I’m on the right track. I’ve traded the chance of a more stable life, with the mythical notion of dependable jobs with a living income, I’ve traded that world for one where I can choose love in nearly every way possible. I don’t think the artist’s life is for everyone, some people need more stability & that’s fine for them, but I do know that there are many people, in all walks of life, that could be happier in some semblance of my world.

It’s nearly an impossible dream to be a full-time artist; I only barely squeak by to some detriment of the world immediately around me. A way to further enable the government funding of artists through grants, gigs, & other means would be huge. As a struggling artist single co-parent of 4, I have a unique perspective, but I’m certainly not alone. A way to support the artistic community should be in the same Venn diagram as ways to assist single parents & ways to educate the public.

Los Angeles is expensive & housing options are pushing low-income artist out. Developers & property owners are eager to increase price points, to maximize profit, to hold money in higher regard than the people of the communities they supposedly serve. Rent control is a mess that needs real attention & not the shills of political business chicanery.

There’s a dichotomy of artists in the world, full-timers & part-timers. The part-timers don’t need to make the kind of money that full-timers need so they create a pool of talent that will work for less in worse conditions. It’s a double-edged sword that cuts us all, wielded by the hands that also carry most of the gig money in town, the bookers. Too many times cheap venues will ask me to work at wages that were the average pay in the 1970s, and then behave indignantly, and unprofessionally, when declined. Not all venues & musicians are racing to the bottom, but so many are that it affects us all. The few venues in town that pay better than crap for talent are saints in a town of sinners and not the good kind. I’ve been on both sides of this coin & I know there isn’t a clear answer, but I do see the problem.

It’s a muddled world right now, but at the end of the day, not enough people are choosing love as the answer. Until then the best we can hope for is litigated consideration, and that’s no way for a culture to thrive.

What’s the best way for someone to check out your work and provide support?
Marquis & The Rhythm Howlers is the most “Me” of all the things I do.

Music on vinyl, cd, & download available for purchase at
TheRhythmHowlers.bandcamp.com

Also see JanetKlein.com for cds & shows where you can catch me pounding out the low notes on my upright bass. 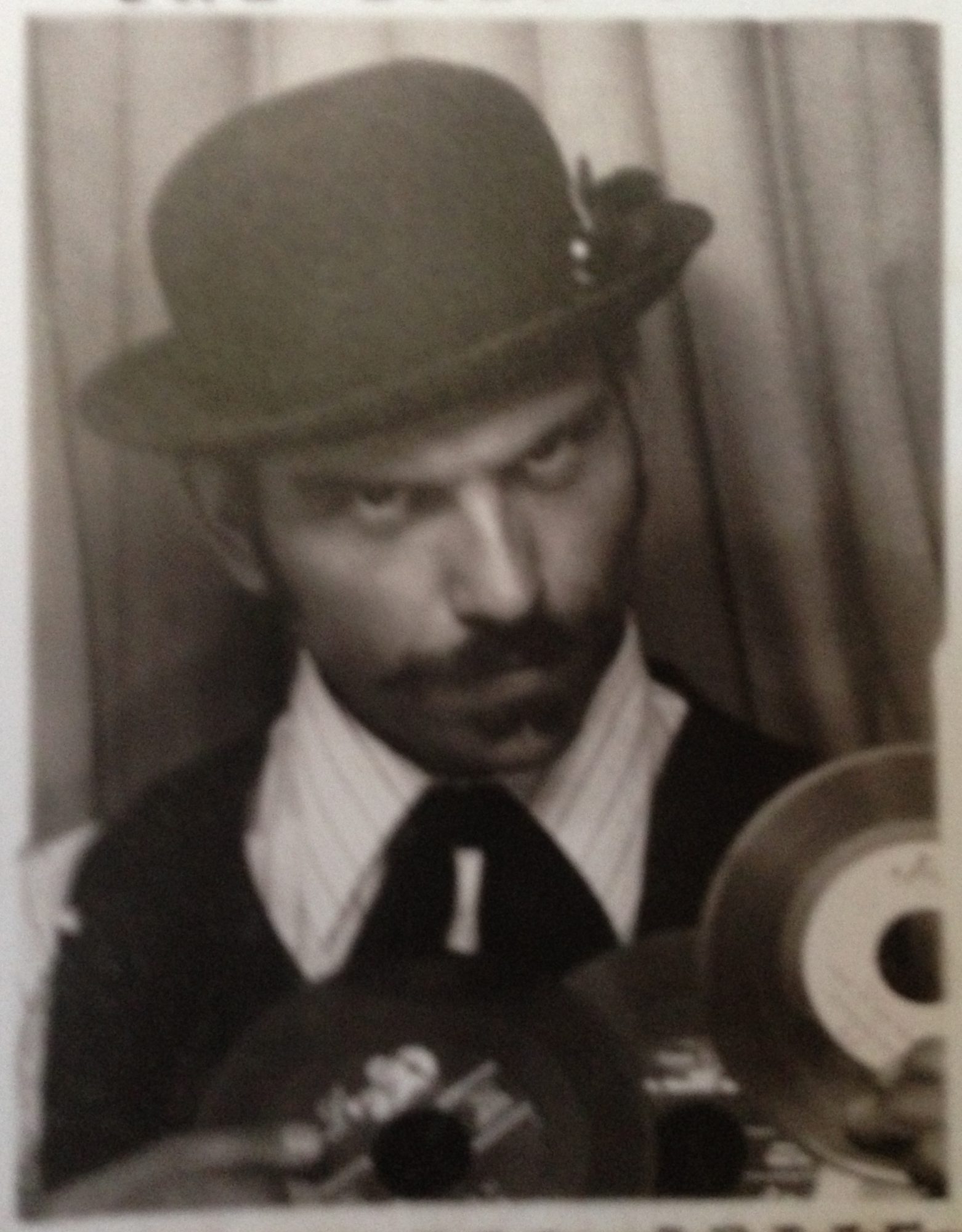 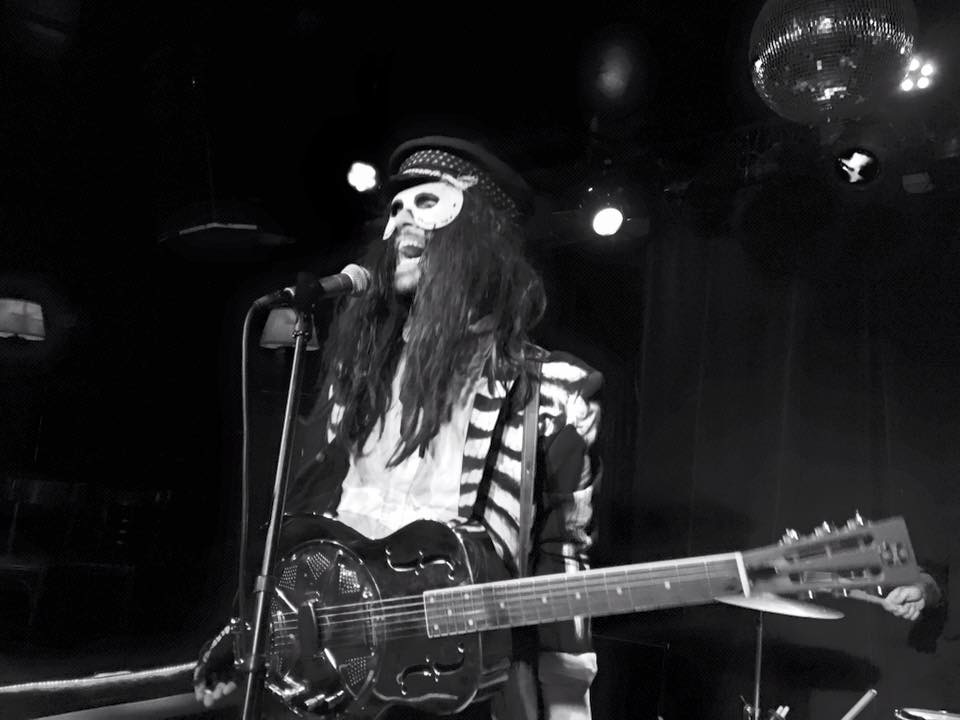 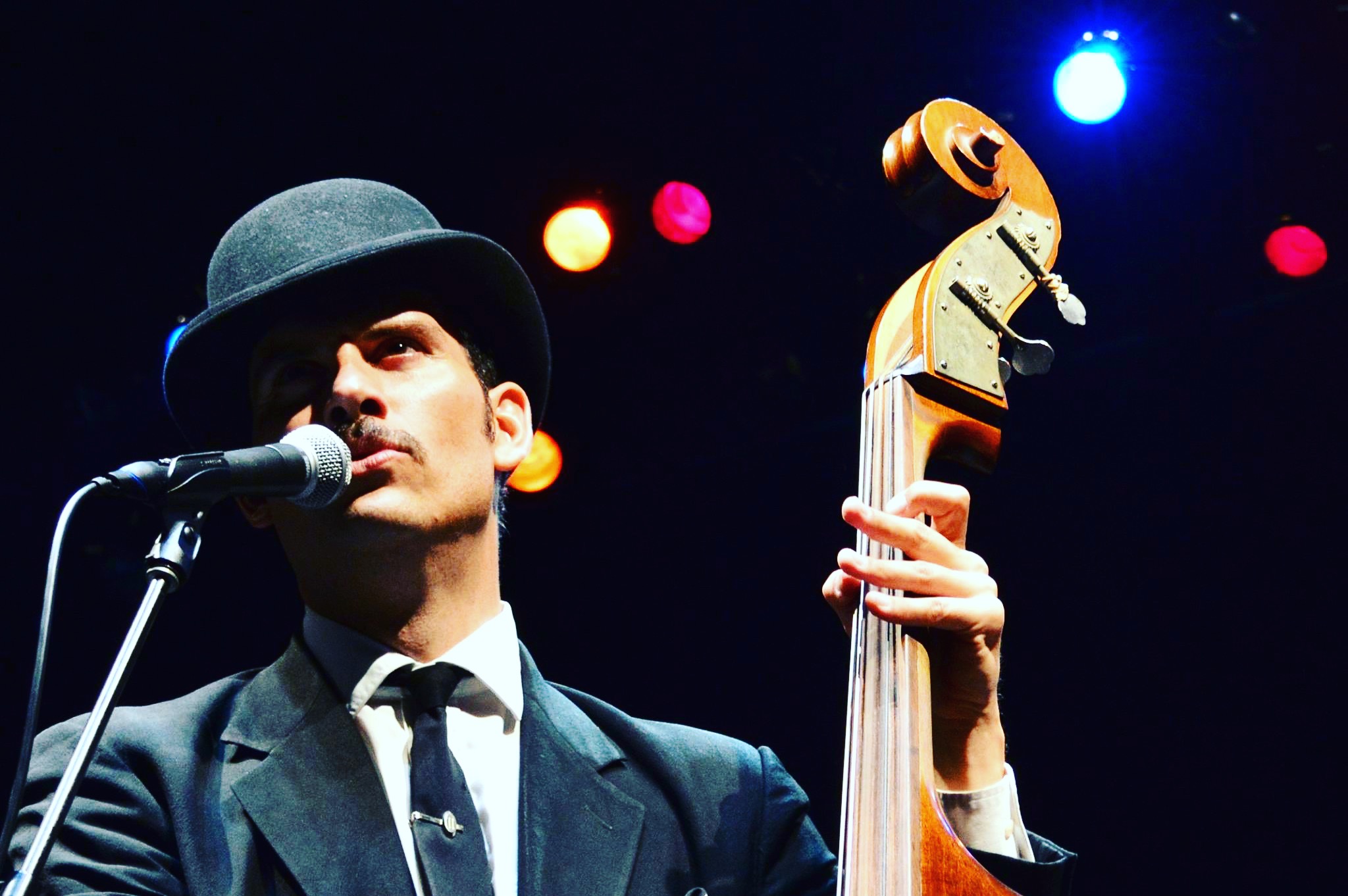 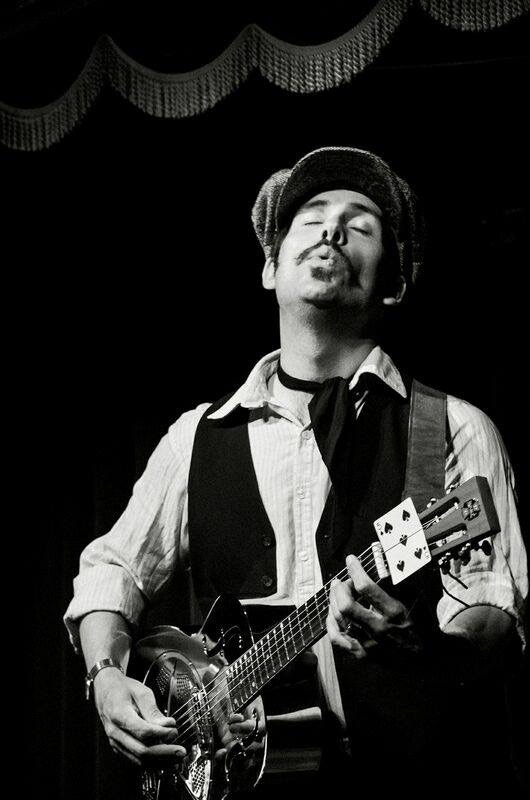 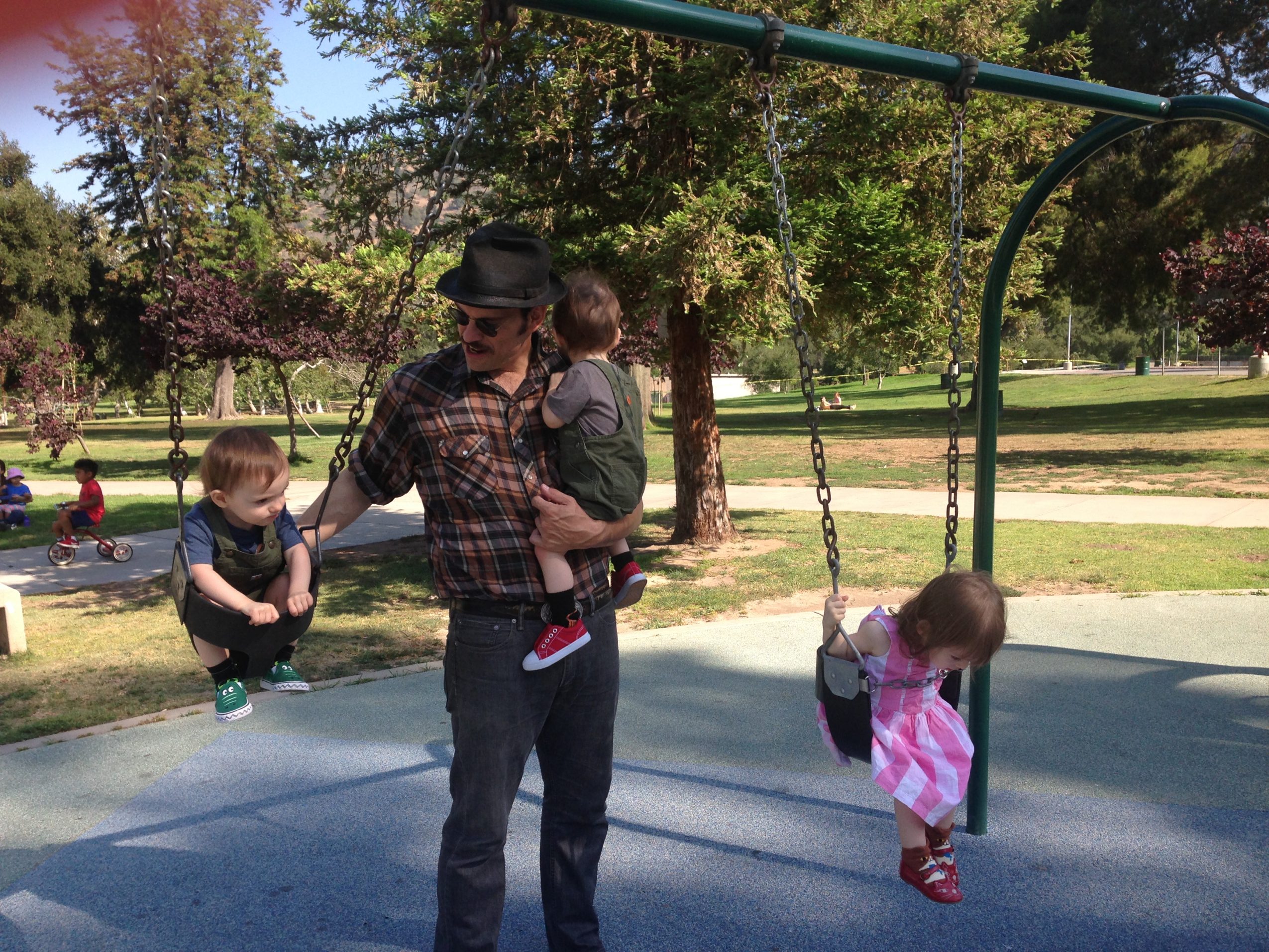 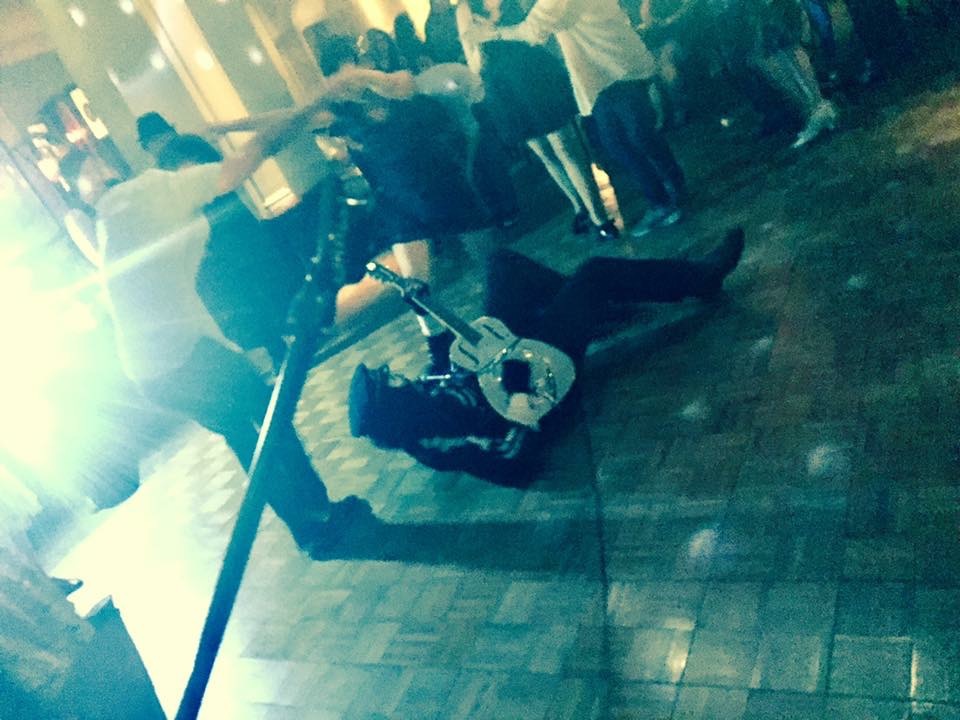 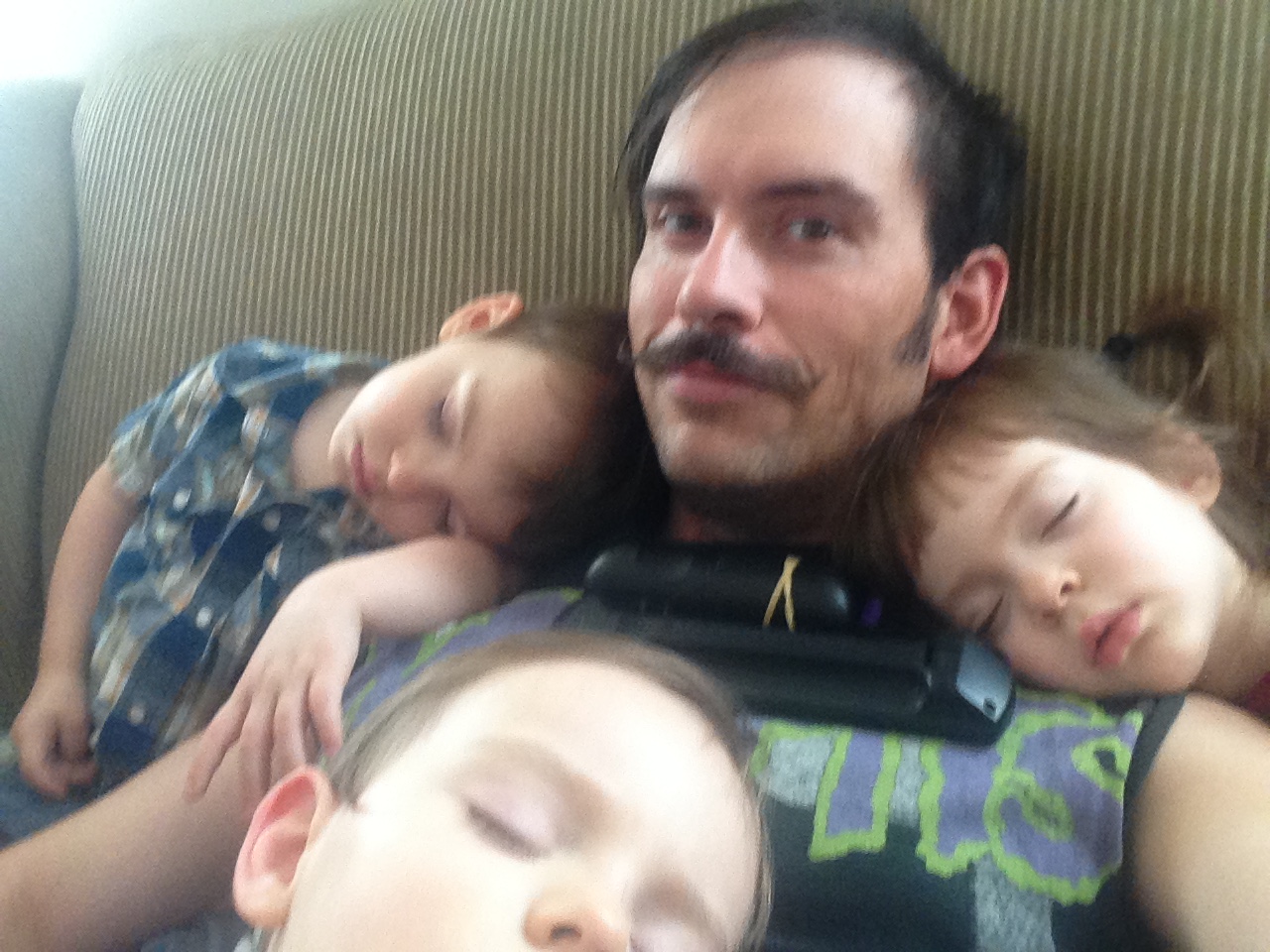 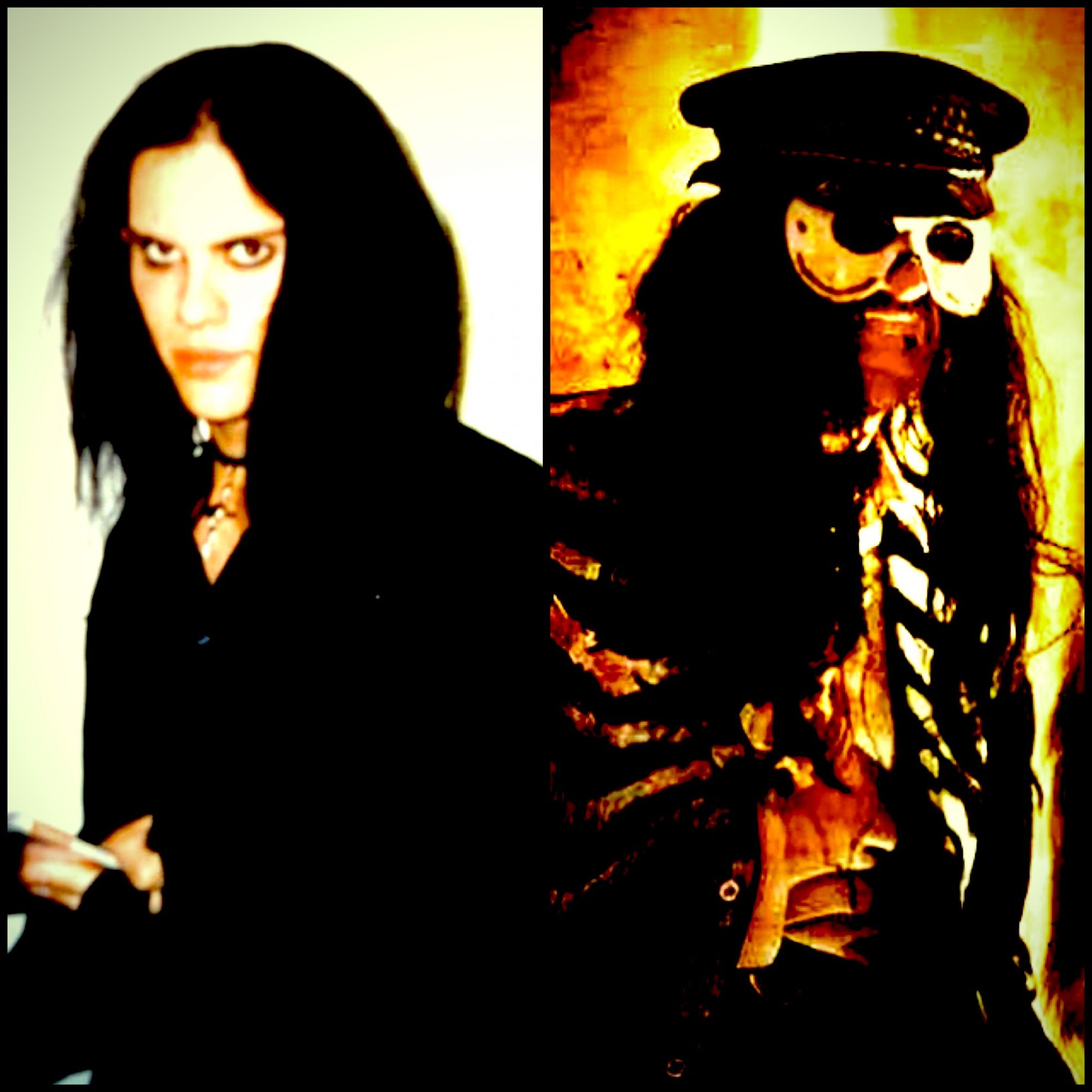 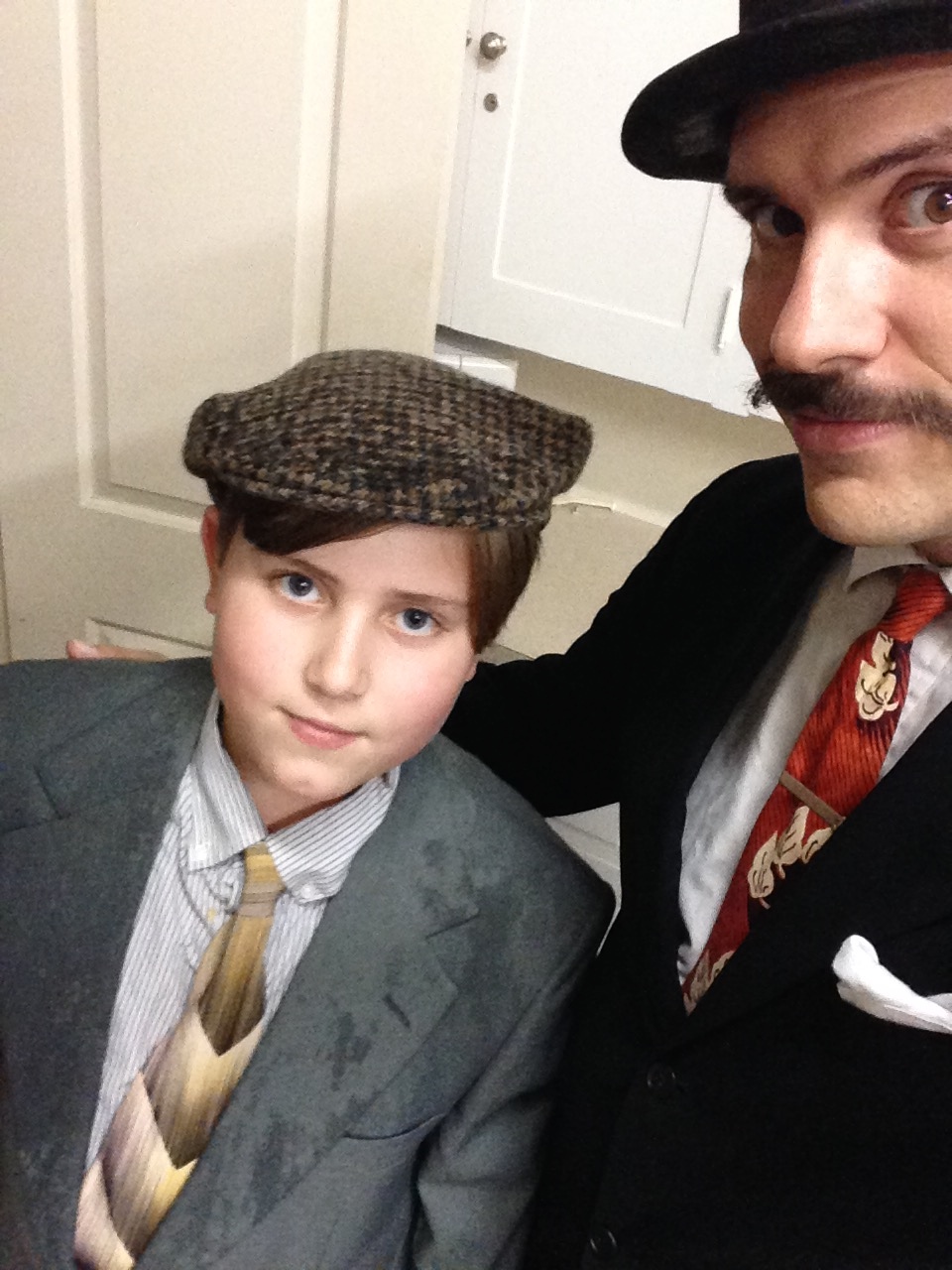