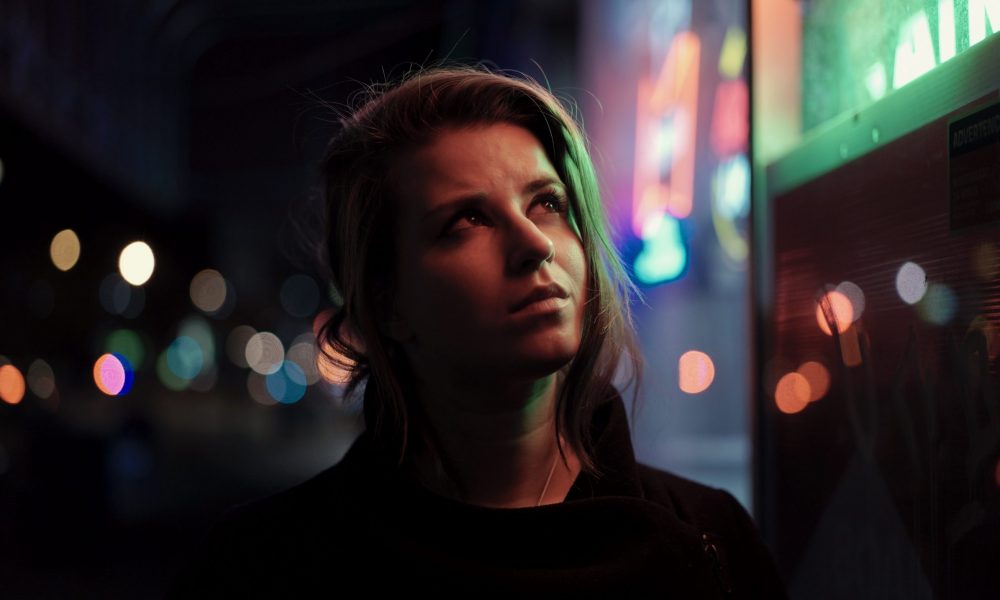 Today we’d like to introduce you to Lucia Zavarcikova.

Lucia, please kick things off for us by telling us about yourself and your journey so far.
I was born and raised in Slovakia. As a young girl, my dream was to become a professional tennis player. I used to sneak to a local tennis club to watch people play as an 8 year old and begged my parents to buy me a racquet. Eventually they did and I started practicing anywhere I could.

After 13 years, at a tournament in Austria, I realized that this career isn’t going to be for me so I made the decision to stop but that meant that I was in a lot of trouble. What do I do with my life? Up until that point, I never had to think about a career other than tennis. I drifted to a local university mostly because I felt like it was expected of me. I picked Media Design as my major. One of the assignments was to shoot a short film so I convinced my lead actor to walk around Old Town in scuba gear in the pouring rain. Even though he hated me for the next couple of hours, I realized I was enjoying the project more than any other assignment so far. For the first time since the end of my tennis career, I felt something again.

I applied to The Academy of Art University in San Francisco to study film and was accepted. However, I had no money to pay for my education so I had to accept an athletic scholarship, which put me back on a tennis team. I would race to classes or shoots from airports and daily practices often clutching an ice packs on my arms. Despite this I was able to shoot fifteen short films as a DP and work on over 90 sets in all roles within the camera and lighting departments.

Can you give our readers some background on your art?
I’m a cinematographer, therefore responsible for the visual storytelling in films. This includes crafting the look of the film as well as the language, in collaboration with a lot of other departments. This collaborative nature is a big reason why I decided to go into cinematography.

I used to work as a graphic designer back in Slovakia and I never liked the isolation of the job. Cinematography on the other hand gives me the opportunity to constantly bounce ideas back and forth with my team and I really love that aspect of it.

Coming from a design background, I really love to work on the visual side of things so I like working on commercials and music videos just as much as narrative films. The main focus of my career is currently narrative films and so the aim of my cinematography is communicating the underlying emotional subtext of the script to the audience.

What responsibility, if any, do you think artists have to use their art to help alleviate problems faced by others? Has your art been affected by issues you’ve concerned about?
I think the responsibility of the artist is always to be truthful. There are a lot of stories that need to be told so that they won’t repeat themselves. I grew up in Slovakia, where the road to freedom was riddled with impossible obstacles and artists of all kinds helped immensely to free up our country from the constraints of being in the Eastern Bloc. They were unafraid to protest in the streets or release documentaries that labeled them as “the enemy”. Right now is the need for those voices more than ever, not only in Slovakia but all over the world. I think that it’s the responsibility of the artist to give medium to these stories.

I’m currently working on a film about how the (since cancelled) one-child policy in China affected real people today and I hope that what we create will be truthful and meaningful.

What’s the best way for someone to check out your work and provide support?
Some of my work is on Vimeo and I’m currently in the process of rebuilding my website. A couple of my projects will enter the festival circuit in the upcoming months so if we’re lucky, there will be some screenings in LA.