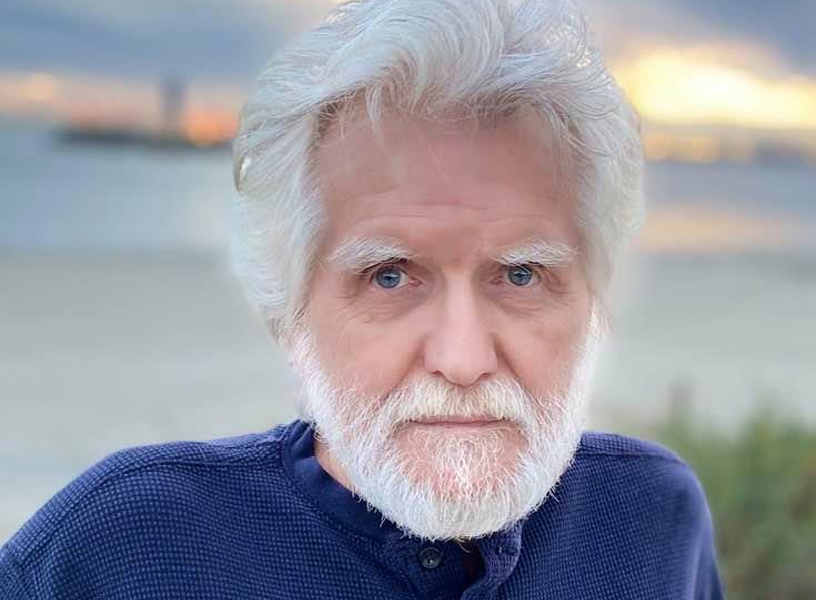 Today we’d like to introduce you to Kent Twitchell.

Kent, please kick things off for us by telling us about yourself and your journey so far.
Painted posters in restaurants and lettered trucks and cars as a teen in the ’50s for extra money. Was an Air Force artist 1960-65, mostly in London at HQ 3rd AF. School in LA under GI Bill off and on during 1966-77, East LA College, Cal State LA and Otis Art Institute. Started painting anonymous street art during the late ’60s and first signed mural was Steve McQueen Monument in Pico-Union area just west of DTLA, 1971. Then painted Strother Martin Monument in Hollywood same year. Both still there. Painted various murals after and then started the 5-story Bride & Groom at 2nd and Broadway in DTLA in 1973.

The Hollywood Freeway Lady 1974, finished the Bride in ’75-’76, the mural at Otis on Wilshire in ’77-’78, started the 6-story Ed Ruscha Monument in DTLA in ’78 and took time out to paint Six LA Artists {all Otis graduates} on the Unemployment Building in Torrance 1979, returned to work on Ruscha taking time out to paint Gary Lloyd Monument in DTLA in ’82-’83, the 2 Olympic Murals of Lita Albuquerque and Jim Morphesis’ 83-’84 and back to Ruscha, finishing him in 1987. Did some small murals in between times. Painted a mural with Jim Morphesis on the campus of LA Law School, Frank Gehry building circa 1986 and started painting 26 runners for the LA Marathon on a Cal Trans wall on the 405 Fwy in Inglewood that year, finishing it in 1989. Painted Don Bachardy on the wall of Peter Norton’s house in 1987, painted a 3-story Julius Irving {Dr. J} in Philadelphia in 1989, a 3-story Jesus on the campus of Biola University in 1990 and began working on my two largest projects that year, a 10-story portrait of Michael Jackson on the east wall of the Disney Theater on Hollywood Blvd and the LA Chamber Orchestra overlooking the Harbor Fwy in DTLA on three 8-story walls. I finished the Orchestra January 1994 and the Michael Jackson in ’93 but was not able to install it because of the scandal that broke out that year. Our family moved to Lake County (about an hour north of Santa Rosa) after the January earthquake destroyed my studio of 18 years in Echo Park. While there I painted Will Rogers on the east and west walls of the historic California Theater in San Bernardino and a few smaller murals in various places. I returned to LA in 2004 to help the art conservator restore my 2 Olympic Murals and the Marathon Mural. After that I started a new Freeway Lady Mural that I eventually installed on the Student Services Building on the campus of LA Valley College, also visible from Fulton Ave. I was asked to paint on two segments of the Berlin Wall that were gifted toLA by the City of Berlin. I painted Presidents John F Kennedy and Ronald Reagan representing the beginning and end of the wall. Later I added a standing portrait of Nelson Mandela to another segment. This time I drew it with very dark pencils instead of using paint. Then I painted three murals in the main lobby of the historic Bob Hope Patriotic Hall at 1813 Figueroa Ave in DTLA and painted the legendary Rafer Johnson and Loretta Claiborne in DTLA for the Special Olympics. I painted a 3-story monument to actress Ruby Dee in Cleveland, where she grew up. Finally, an opportunity arose to paint a new Ed Ruscha Monument. He is now on the north wall of the historic American Hotel in the middle of the Arts District in DTLA. Currently, I’m designing a mural monument to the artist, Martha Alf and another monument to Edward James Olmos plus 2 Charles White on the south wall of the original Otis Art Institute art gallery overlooking Wilshire Blvd at MacArthur Park and another public mural I can’t talk about yet.

Can you give our readers some background on your art?
I paint murals outside and draw inside. I consider myself a Folk Artist. I hope my public paintings can become landmarks and be meaningful and even somehow inspiring to people.

What responsibility, if any, do you think artists have to use their art to help alleviate problems faced by others? Has your art been affected by issues you’ve concerned about?
I try not to be political. Being an artist does not endow me with any special wisdom that makes it necessary for me to inform the unwashed masses about life.

What’s the best way for someone to check out your work and provide support?
I paint mostly in Southern California and consider myself a Regionalist. I do have murals in Upper Lake, CA just north of Clear Lake, in Big Sur, CA about 20 miles north of Hearst Castle, in Montecito, CA just south of Santa Barbara, in Cleveland, Ohio and in Philadelphia, PA. 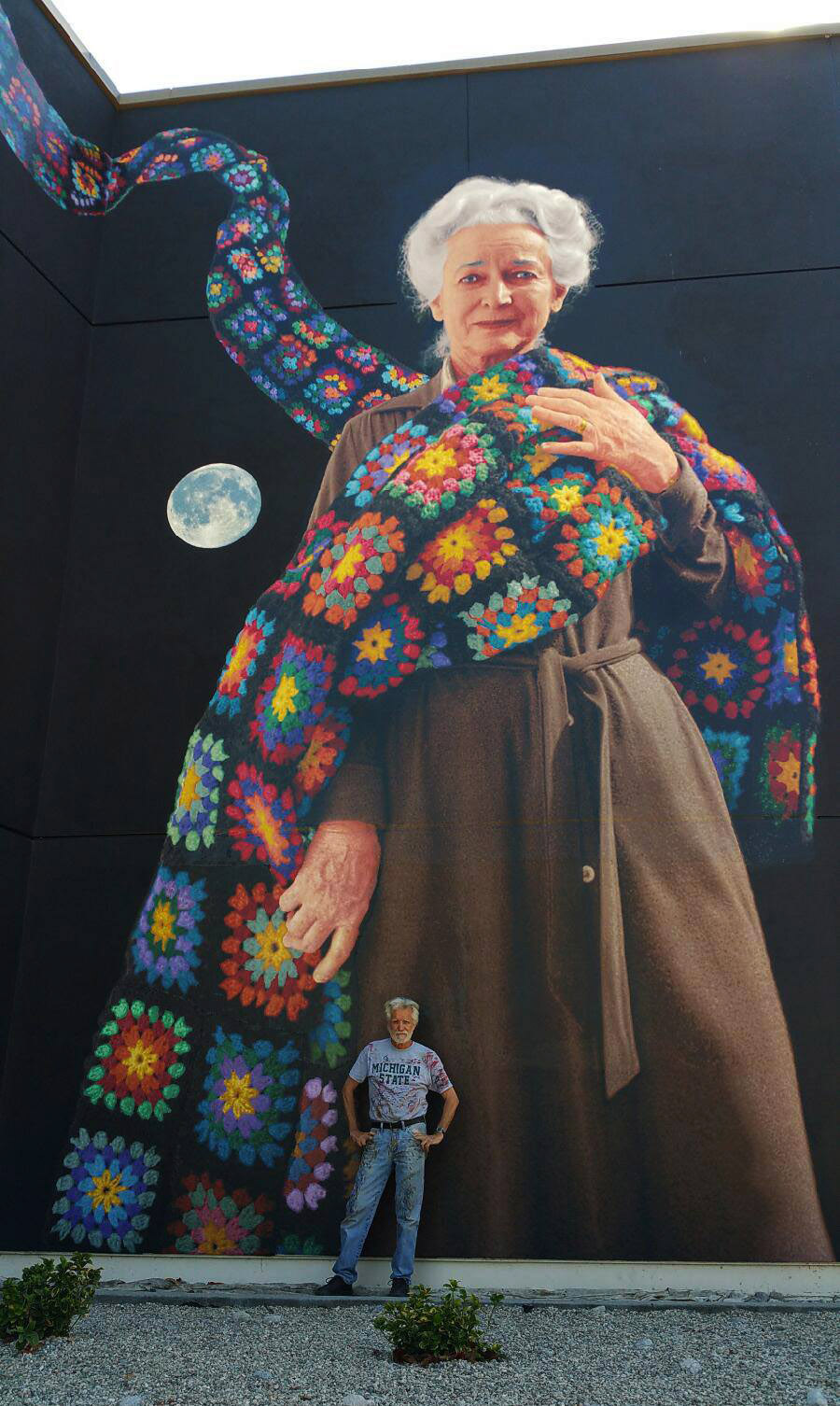 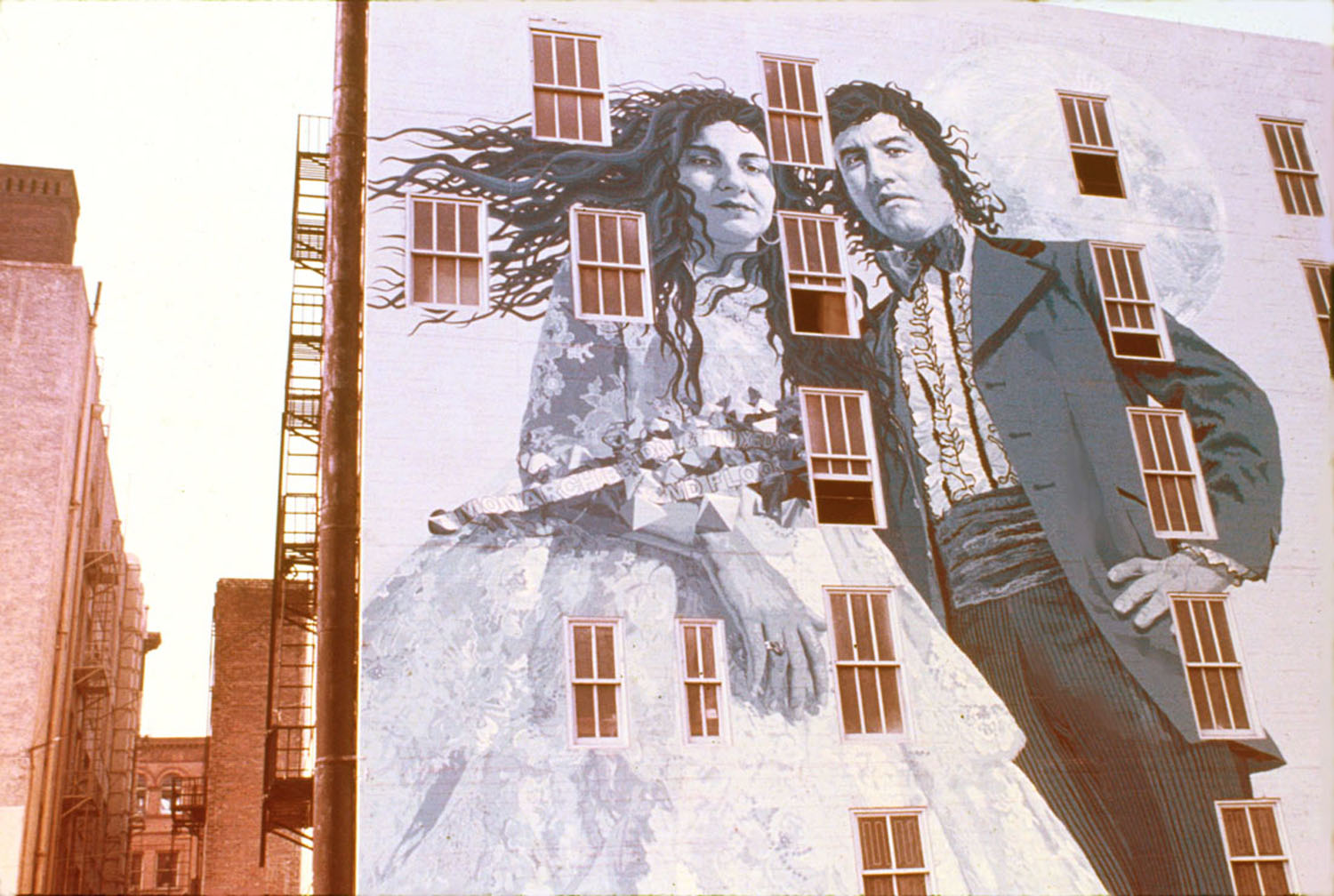 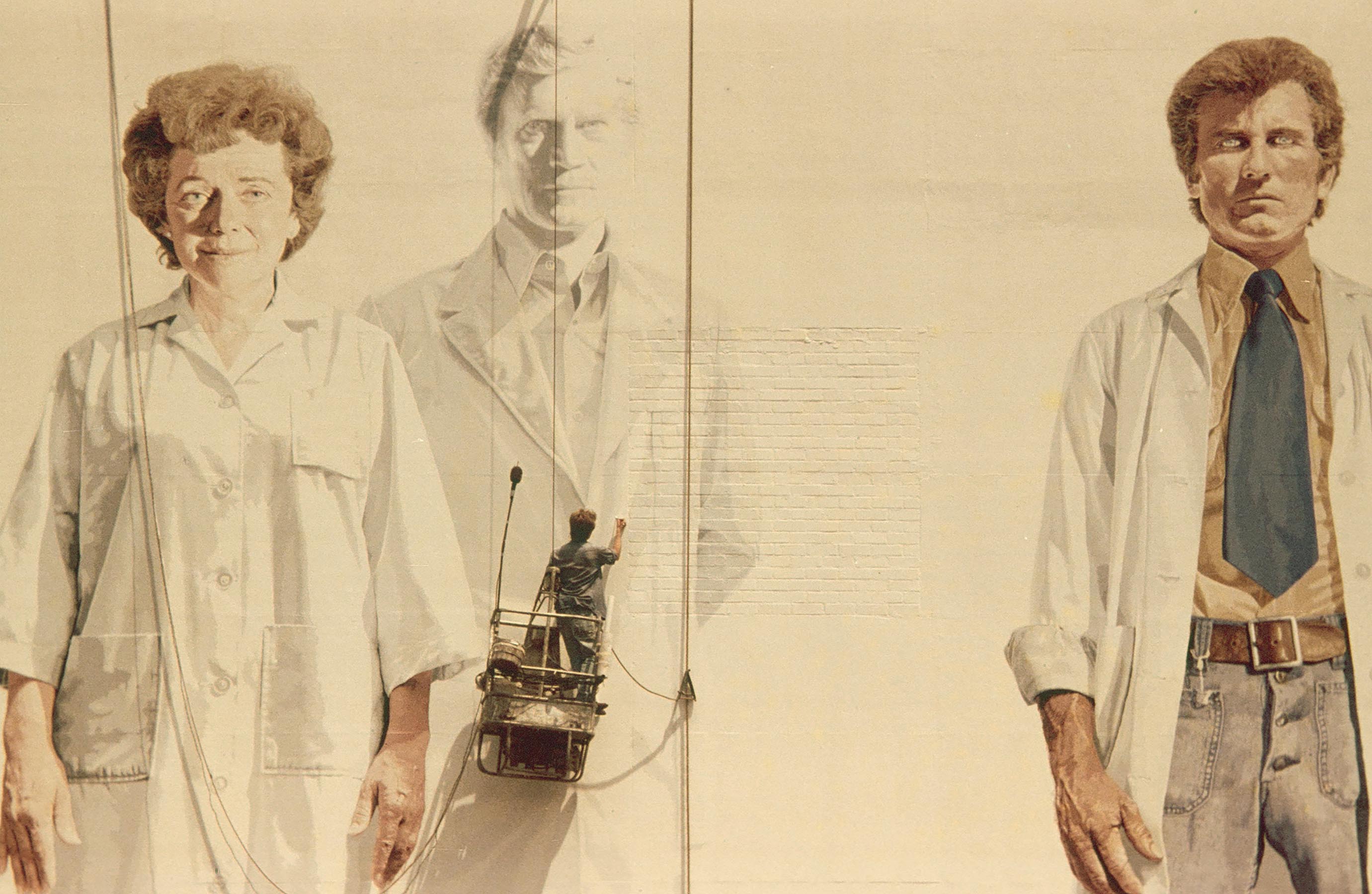 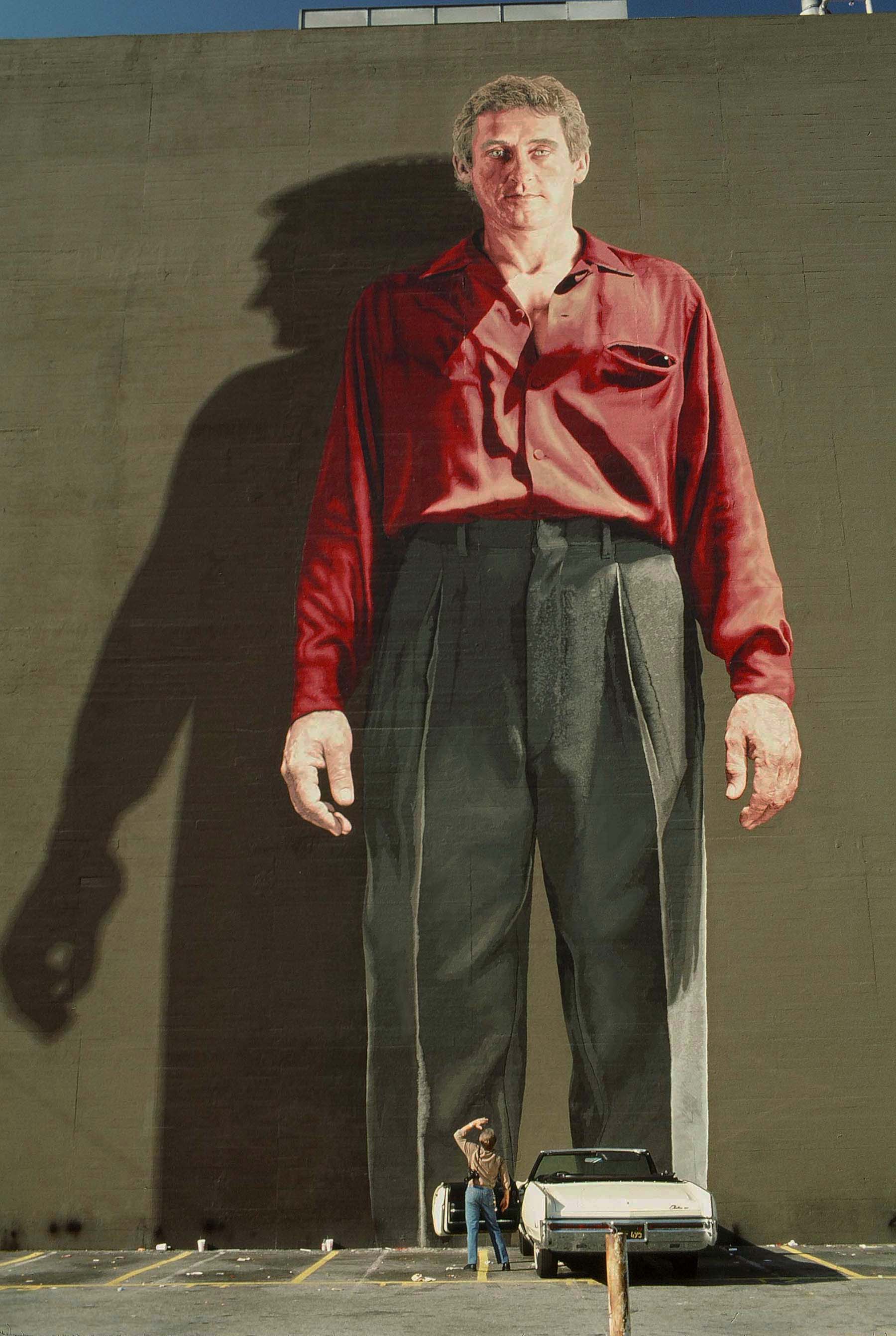 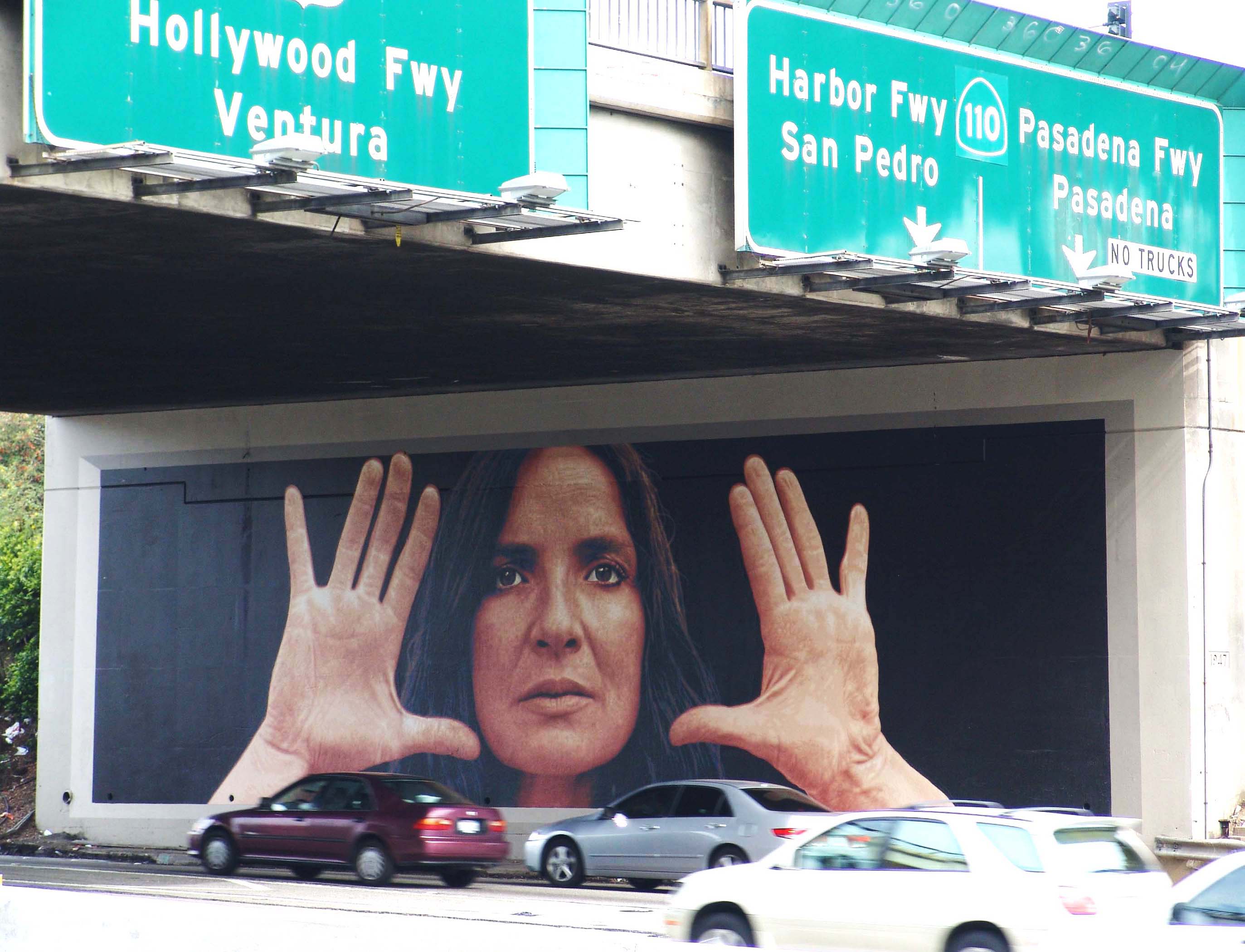 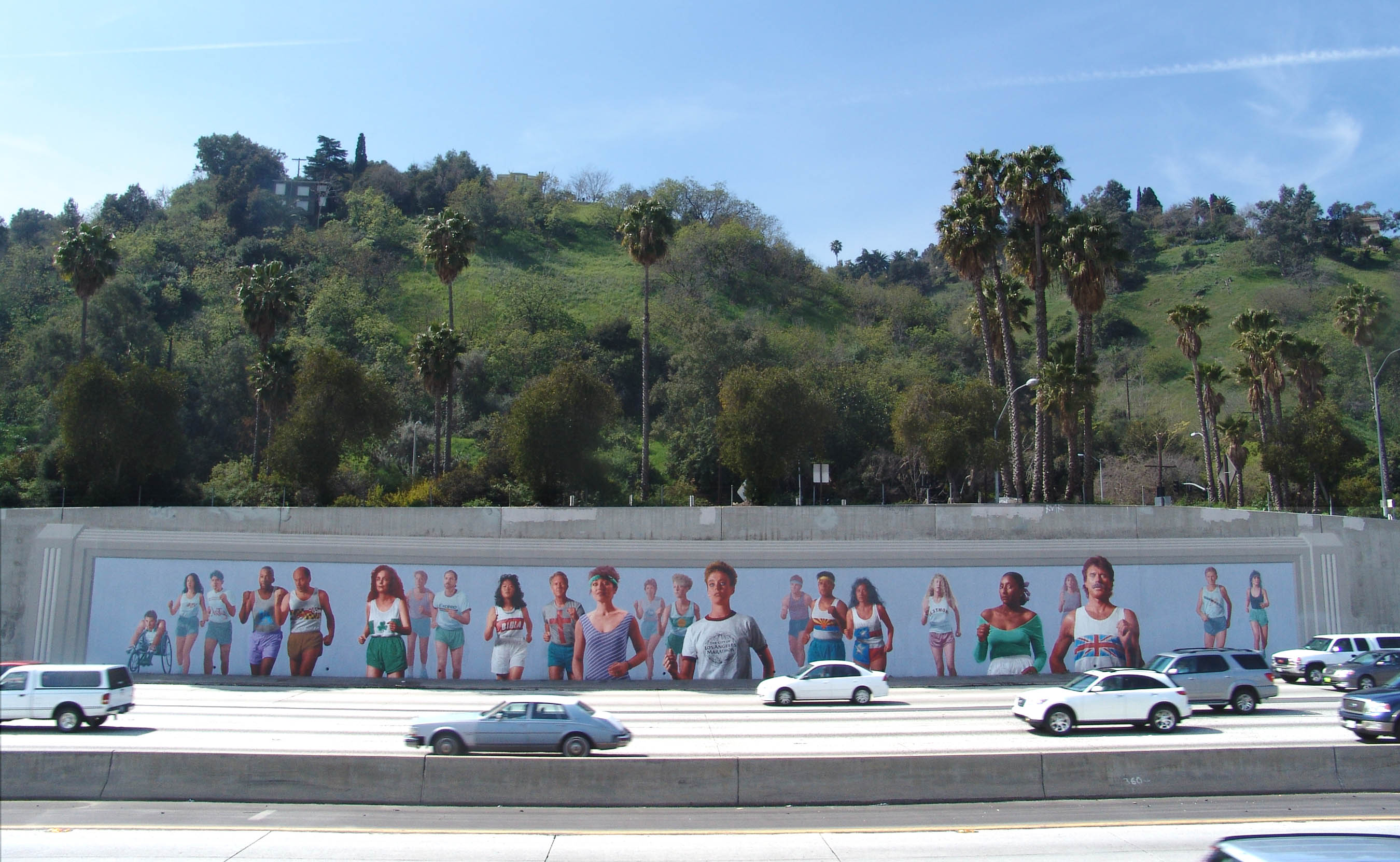 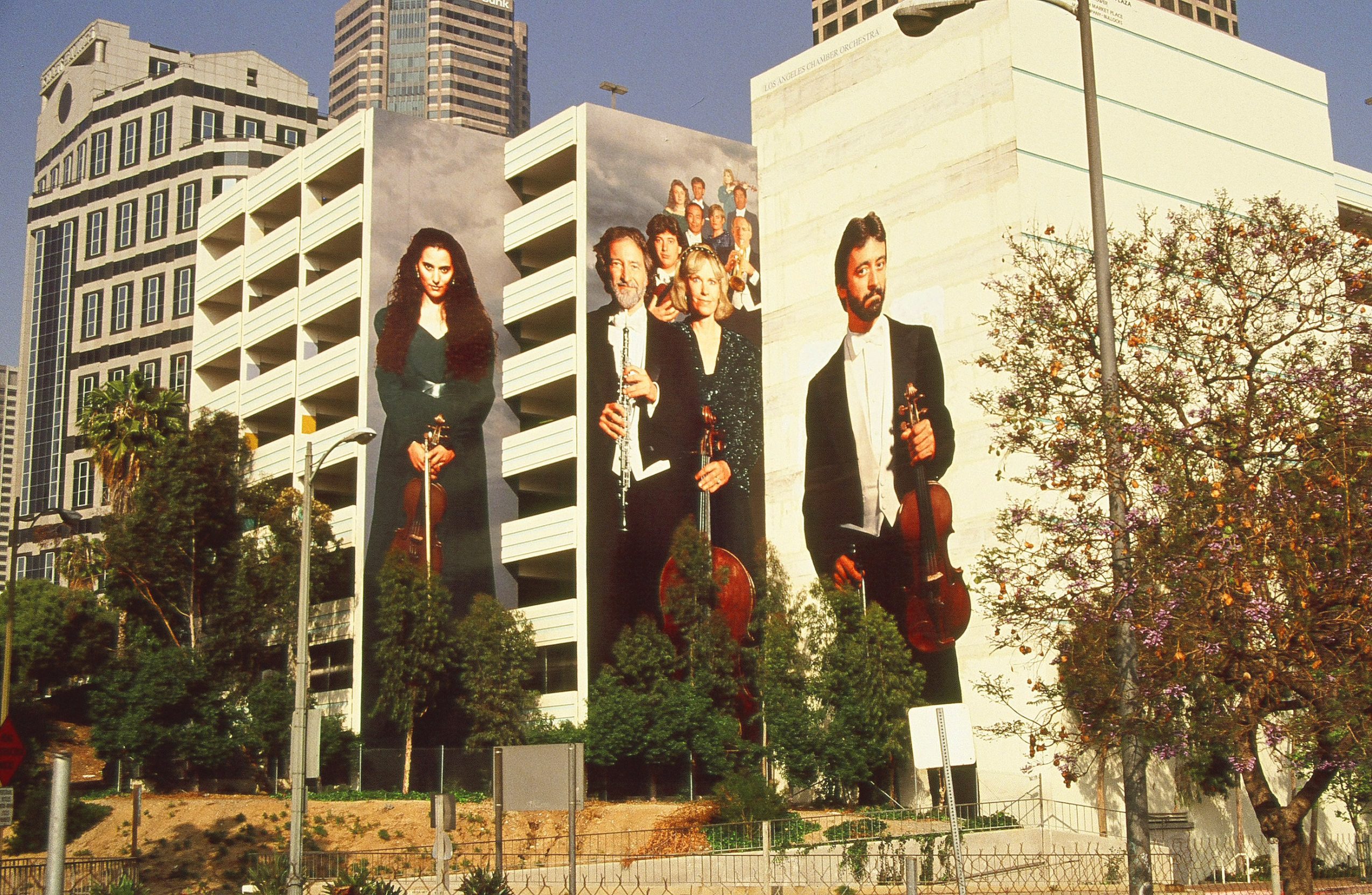 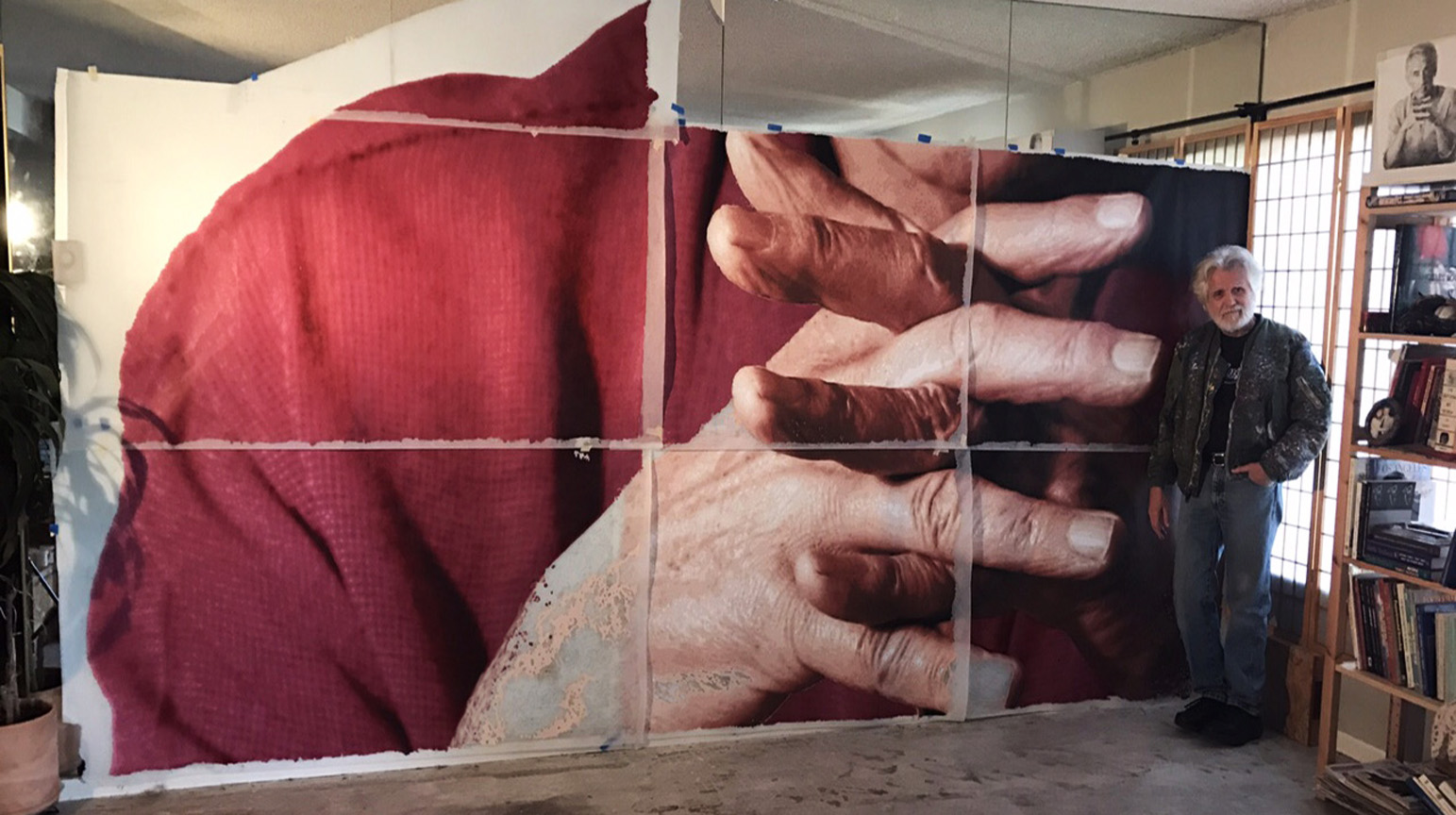 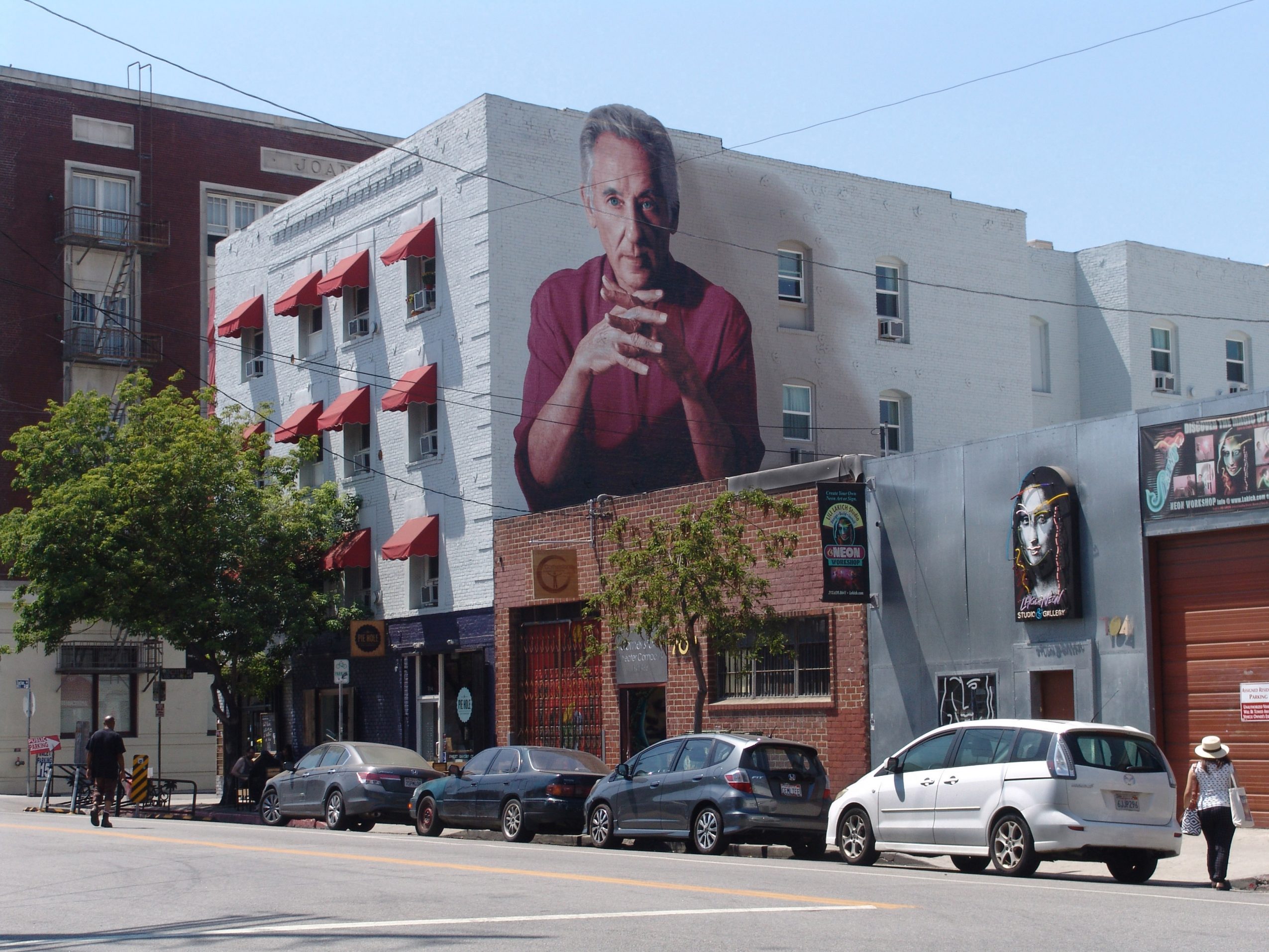