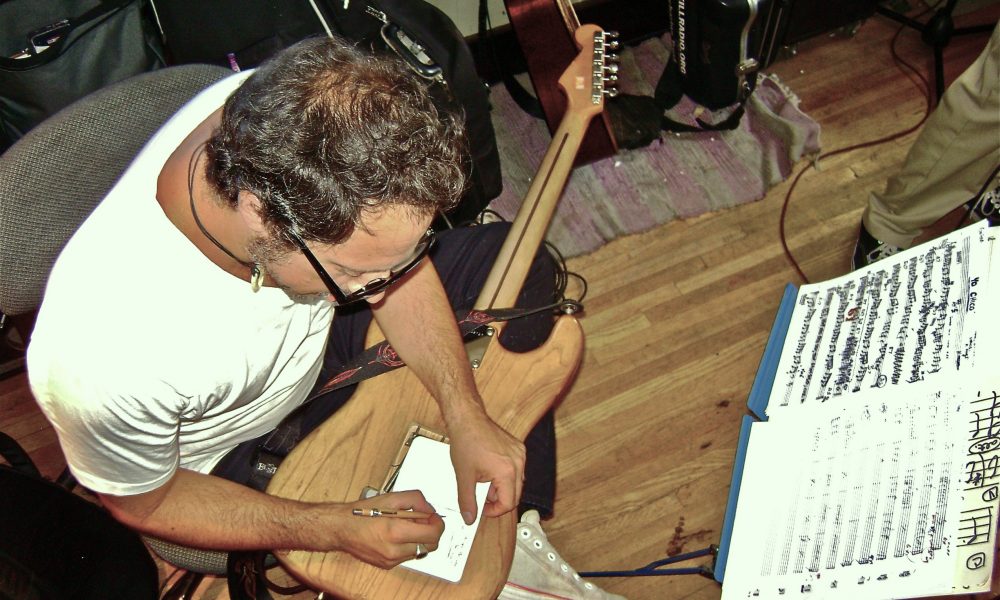 Today we’d like to introduce you to Ken Lasaine.

Ken, please kick things off for us by telling us about yourself and your journey so far.
I grew up in the mega suburbs of the SFV during the late 60s, through the 70s and into the early 80s. My dad was a musician and in the house, we listened to jazz and classical. I liked all that but I also dug the rock, pop and R&B that was going on via my friends and the kids at school. All through school I took guitar lessons, studied music and played in bands of all types. In school, it was a jazz band, marching band and the show orchestra (they did the musicals). Outside of school, it was the neighborhood rock bands as well as a community youth band. I actually got my first professional gigs while I was still in high school. We would play these giant “valley” parties out in Woodland Hills and Northridge and sometimes biker parties up in Topanga Canyon or Chatsworth. In 1980 I started as a music major at CSUN. I also started working behind the counter and teaching guitar at a local music store: Reseda House in Music. I was also still playing gigs at night. That didn’t mesh too well with college. I only lasted two years at CSUN.

While playing in a lot of original and cover bands during the 80s I realized that I was not ever gonna be a rock star but I also realized that I had a desirable skill set. I could play, convincingly because I liked it all, a lot of different styles of music and I could read music – not so common among rock guitar players. Fortuitously I got a call from a piano player friend of mine who had just started working on the music for a TV series, James L. Brooks’ “Sibs”. It lasted one season (https://en.wikipedia.org/wiki/Sibs). No matter, it got me my foot in the door of LA studio work. Throughout the 90s I did a ton of TV sessions work both cable and network. A lot of Discovery and Nature channel stuff, MTV reality show things like ‘House of Style’ and Extreme sports. A re-boot of Charlie’s Angels, Smallville, made for TV movies, Barbie commercials, porn soundtracks, exercise and product demo videos, etc., et al. Also, playing on a bunch of records for artists that have been long forgotten.

Honestly, so much that I’ve forgotten more of it than I remember. Concurrently I was playing in local bands. Mostly singer/songwriter type groups but also cover and ‘show’ bands. I was also still teaching a few hours a week. I, of course, preferred the original music situations but the cover and show bands, along with the TV session work paid really well. Gotta eat, gotta pay the rent. Fast forward to 1999. I got a touring gig with one of the biggest one-hit wonders to ever walk the face of the earth: Lou Bega of “Mambo # 5” fame. I’ll refresh your memory … https://www.youtube.com/watch?v=EK_LN3XEcnw … notice the view count. For the next year or so I toured the world a couple of times. Arenas, soccer stadiums, multiple tour buses, chartered jets, fancy hotels, free gear, TV shows, radio shows, etc. Sometime in 2001, I came back home to L.A. and, as is normal – I didn’t have a gig.I resumed my 4 to 6 hours a week teaching but most of the indie and cover bands I was playing with had either replaced me or figured I wouldn’t want to do – or was too busy to do – their (perceived as) ‘little’ 50 and 100 dollar gigs anymore. This is a constant predicament for touring musicians. Split town for a while and you’re either forgotten about or everybody thinks you’re not down for certain types of work anymore. Thankfully, one of my teaching things was overseeing an afterschool music ‘club’ at a private high school (Milken Community Schools). It was one day a week for 90 minutes. Having not much else to do, I parlayed that into two 60 minute classes two days a week and a relatively steady, though small, income. The teaching helped me survive while I was finding new gigs and re-establishing my studio work connections. *Remember, this is all pre-social media. All we had was the phone, email and hanging out. OK, so I’m back working in town through the early 2000’s.

I get married in 2006. Three years later, a baby due in mid ’09. Boom – the economy takes it’s the biggest dump since 1929. The “crisis”, as it’s called around the world, really taxes and ultimately breaks many of what I like to call the ‘luxury arts’ businesses here in town. Smaller recording studios that catered to indie artists and did vanity projects went out of business. Production facilities that were doing B and C tier work were failing. Even night clubs and bars that featured live cover bands were going under. Nobody, for a while anyway, was gonna spend any money on anything that was deemed “non-essential” to either their business or their lifestyle. This coincided, probably coincidentally, with the ability for one person to do everything by themselves on their home computer. Record music, record video, produce, mix, master and deliver a finished product … and cheaper than it had ever been. Even after the general economy recovered no one was going back to the old model (except for the deepest pocket commercial productions). But of course, there’s always a bright star or a silver lining. Video games started to get taken very seriously (by investors) and their budgets increased. And, since most video game designers and their target audience are obviously into both the visual as well as the sonic experience, their music budgets increased too. Fortuitously, a couple of the TV and movie soundtrack composers that I was working for started to get into writing and producing video game music. The bigger budgets allowed video game composers to now hire musicians instead of them having to do it all themselves.

So here I am. It’s in 2019. The teaching gig is now three classes, two and sometimes three days a week. The baby that was due in mid-2009 is 10 years old. I’m still doing recording sessions and gigging with many of the artists that are listed and linked to in the subsequent pages. As cliche as it may sound – “all good” but definitely not exactly how I imagined it would be.

Please tell us about your art.
I think of myself as more of an artisan than an artist. A ‘worker’. I’m much more effective as a collaborator than on my own as the sole or sole creator. I’m a musician. A guitar player. I primarily work with and for other people: songwriters, producers, singers, studio engineers, etc. My love and appreciation for many styles of music give me the ability to interpret what people want or need on their tracks. Sometimes, due purely to experience, I know what they want or need more than they do. So the message or the inspiration from that is that you don’t have to be a creative genius or phenom to be “in the life” so to speak. There are so many ways to ply your craft, especially in a city like L.A. – the media town. You can find your place. You just have to be able to see what it is you actually do well not just what you think you desire to do well. Know your strengths and figure out how to apply them.

What would you recommend to an artist new to the city, or art, in terms of meeting and connecting with other artists and creatives?
Creating art and/or just working on art is, by design and necessity, a solitary activity. Go hang out … with people. Put your phone down and get away from your computer. There’s a great book I recommend to all artists. It was originally aimed at writers but it applies to any and all creative types. It’s called “The Artist’s Way” by Julia Cameron (Penguin, 1992). One of the topics in the book is called ‘the artist’s date’. Take yourself out at least once a week. Go to a museum, walk around downtown or at the beach, do a mini road trip – whatever. Just get out, see something, interact. You will meet people. Don’t be afraid to talk to a stranger, especially one that you may be perceived is doing the same thing you’re doing.

Obviously, you gotta go to concerts, gigs, galleries, openings, readings, etc. When you’re there – talk to people. Participate if that’s an option. Maybe take a class at the local community college. Either within your discipline or just something, you’re interested in. Amazing, the folks you’ll meet there. Volunteer in the community. There are tons of ‘art outreach’ programs.

What’s the best way for someone to check out your work and provide support?
You can hear me in all the usual places … 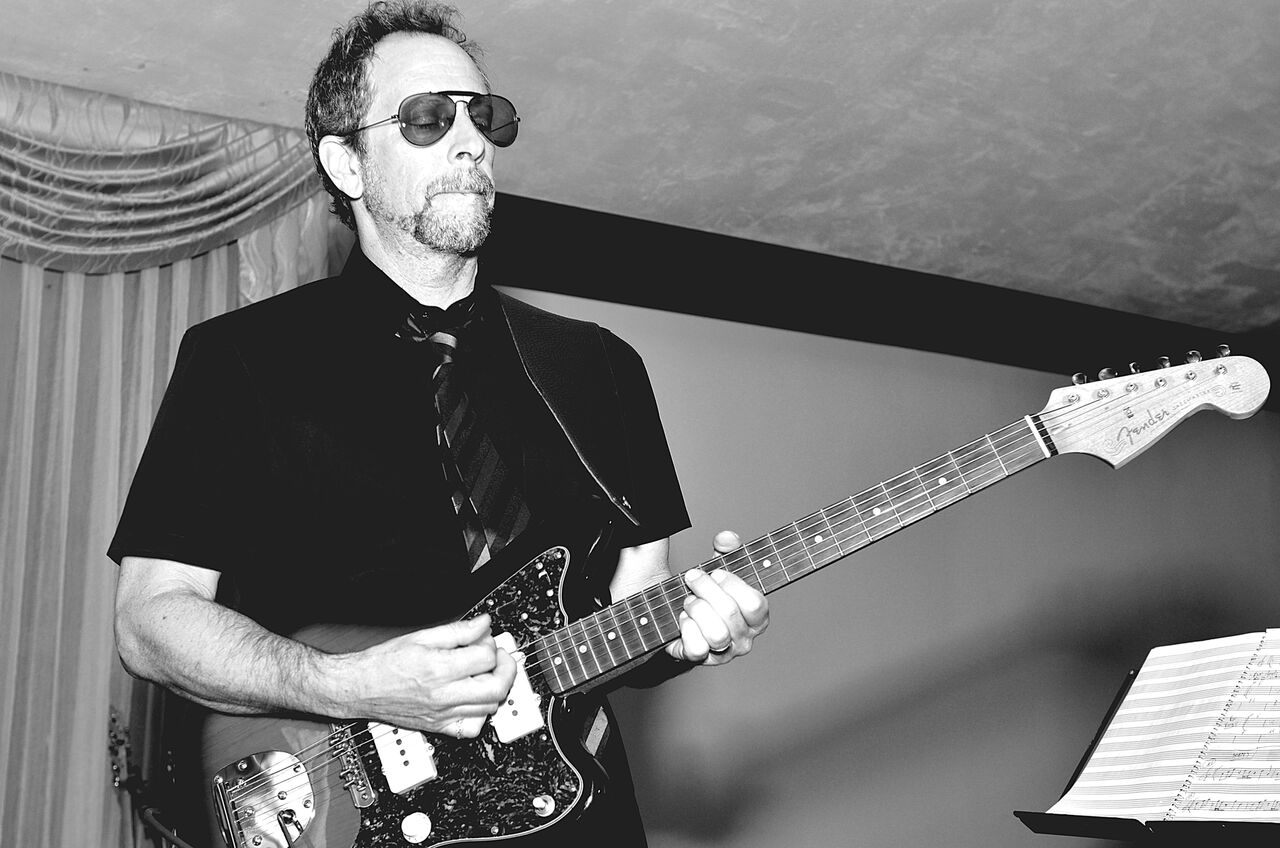 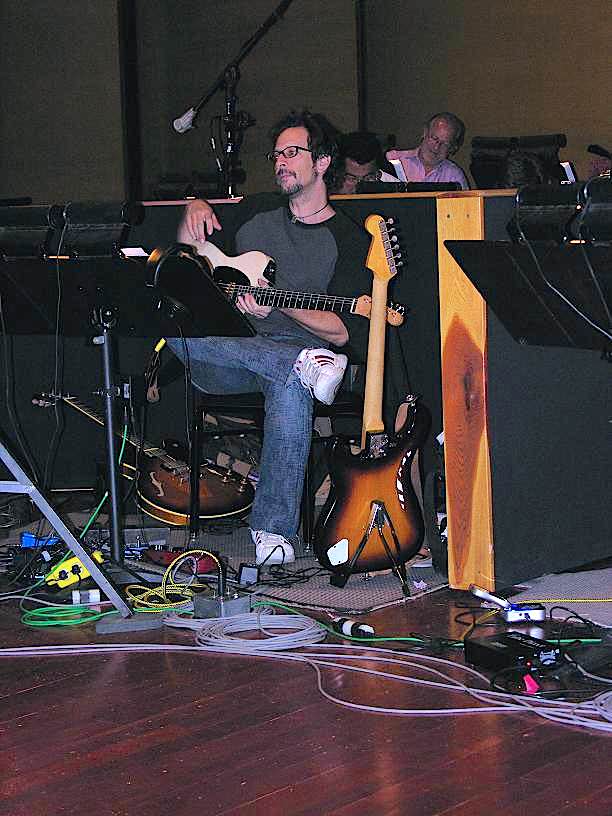 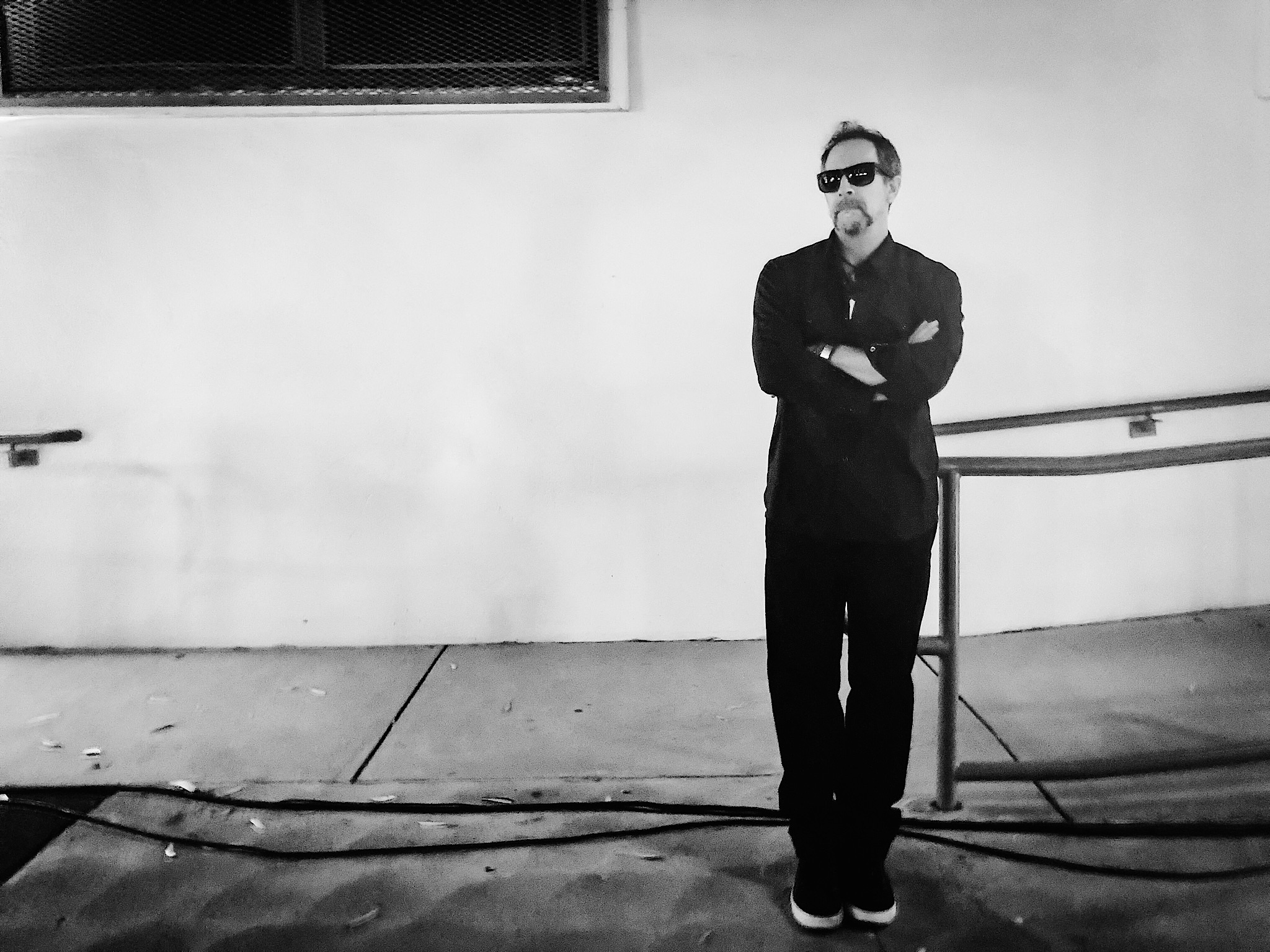 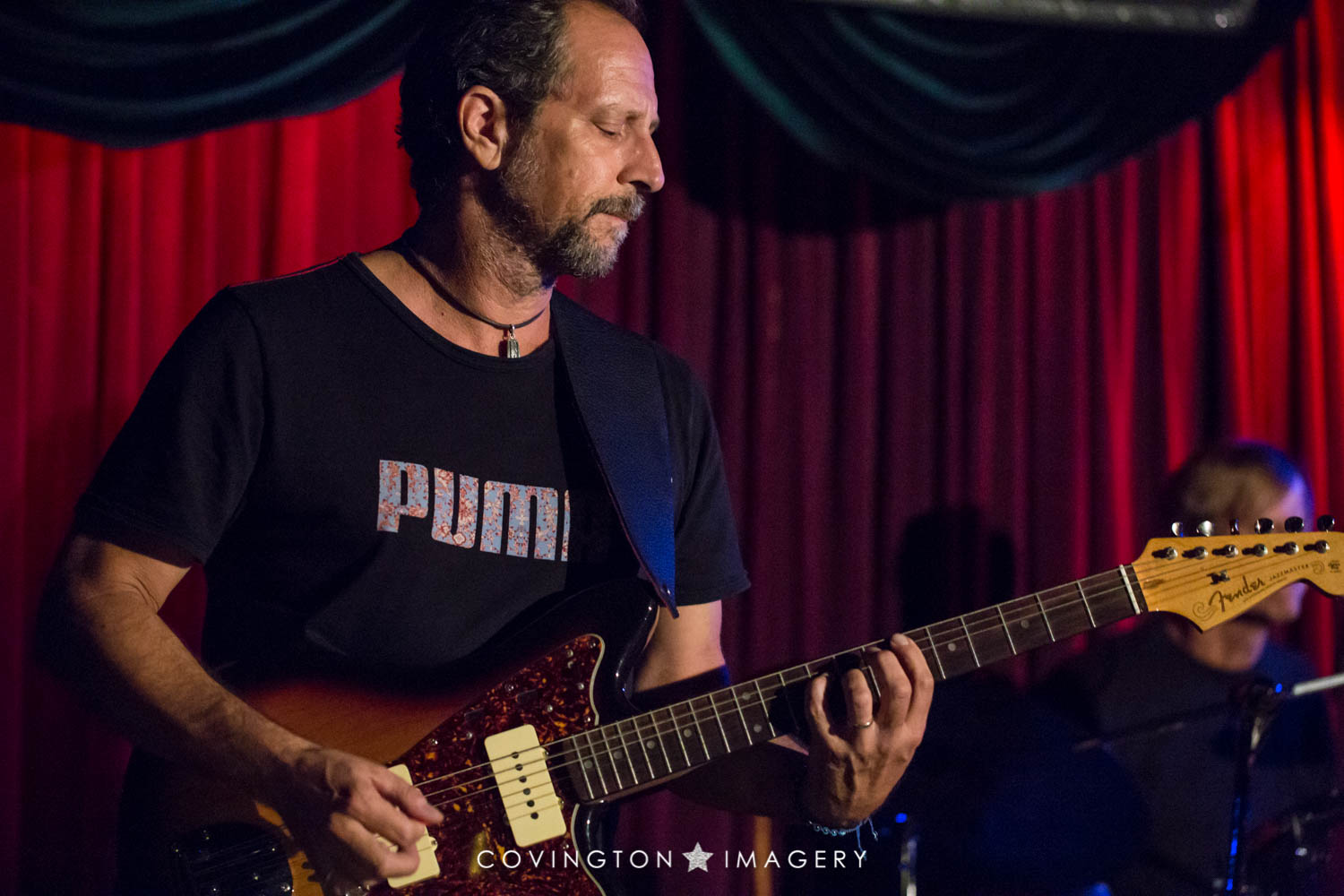 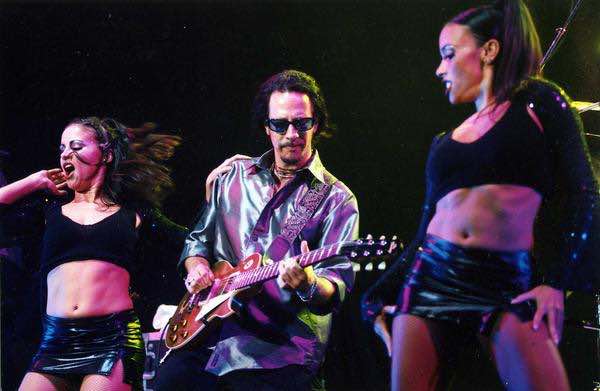 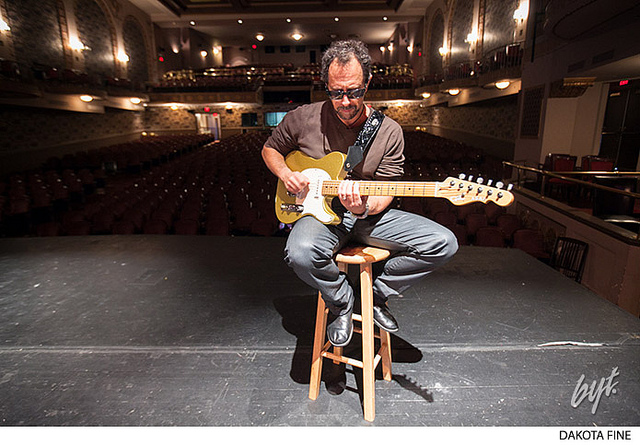 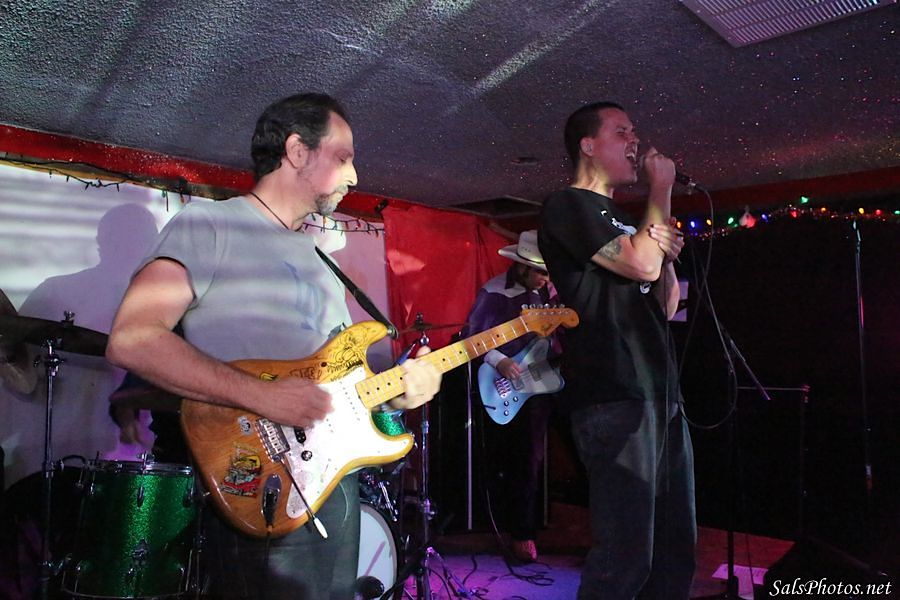 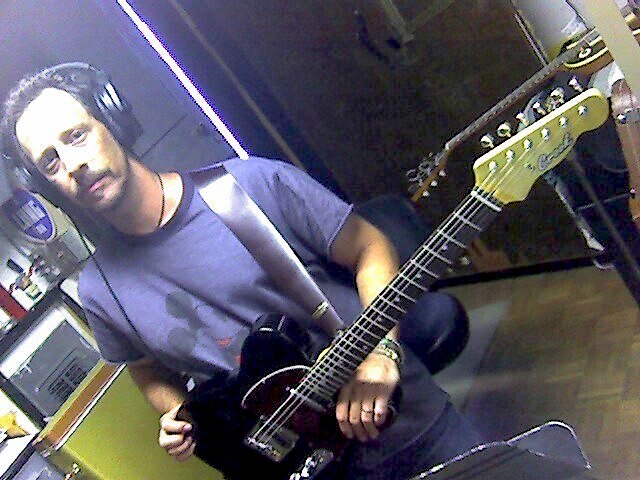