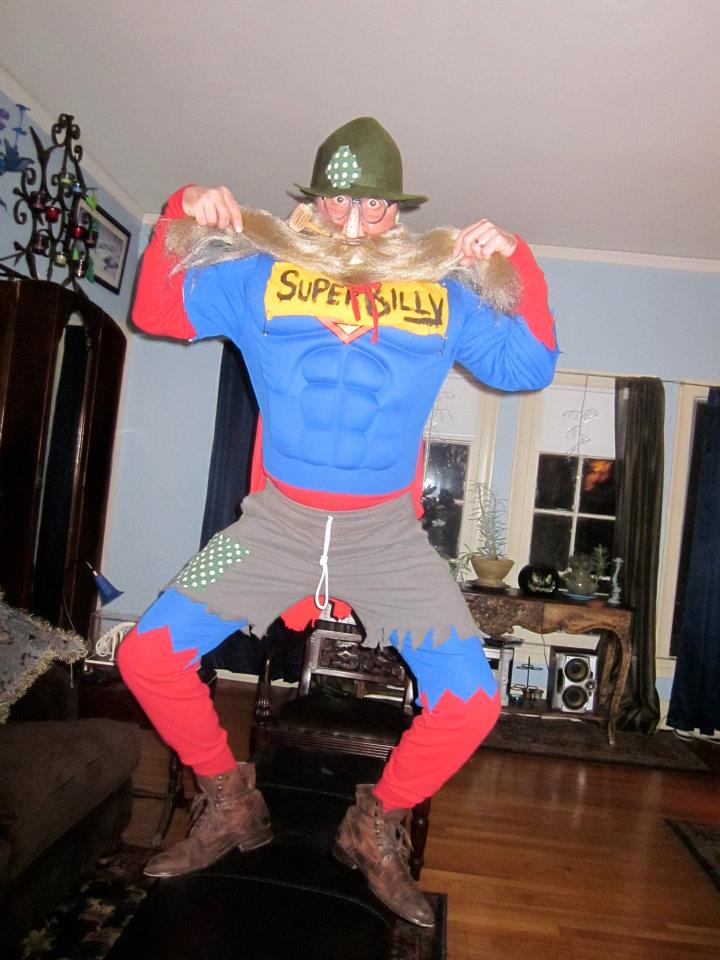 Kaz, please kick things off for us by telling us about yourself and your journey so far.
Born in Hoboken, New Jersey to Lithuanian immigrant parents. Early on I decided I wanted to be a cartoonist but had no idea how to become one.

After high school, I sent samples of my comic strip work to every newspaper syndicate and got rejected by every one. Deciding I needed training, I enrolled in The School of Visual Arts in NYC and took classes with Harvey Kurtzman (the creator of Mad Magazine) and Art Spiegelman (author of Maus).

Spiegelman encouraged me to get my work published in some small local underground newspapers and I became the monthly cartoonist for The New York Rocker. A year or two later, Spiegelman was starting a magazine of cutting-edge comics called Raw and asked me to contribute. Raw was a big deal in the comics world and I was asked to contribute comics and illustration work which lead to my weekly comic strip. Underworld being picked up by alternative weeklies around the country and published in collections around the world. That makes it sound easy. It wasn’t. It was a lot of hard work and I was poor for much of my life (alternative comics don’t pay well).

Can you give our readers some background on your art?
I draw a comic strip in order to make myself (and others like me) laugh. I have a very dark and raunchy sense of humor. I also draw and paint single images and there I enjoy experimenting with inventive shapes and imaginative places with a cartoony flavor. I don’t know why. I like how it feels. I’m also a writer. Currently, I’m on the writing staff of SpongeBob SquarePants. Writing for a cartoon show satisfies my desire to tell funny stories. And writing for a kids show allows me to explore my own childhood and express my silly side (not dark or raunchy). 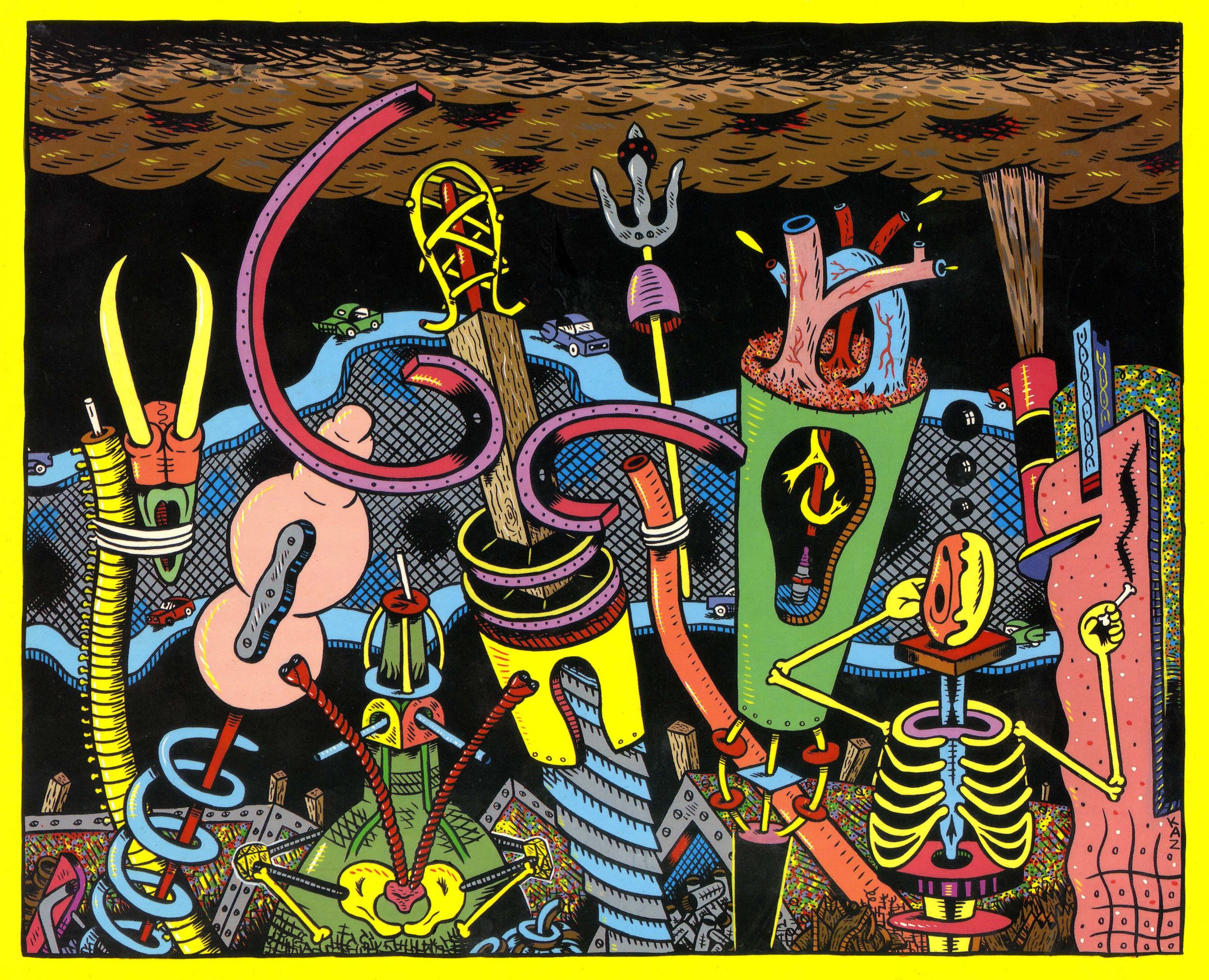 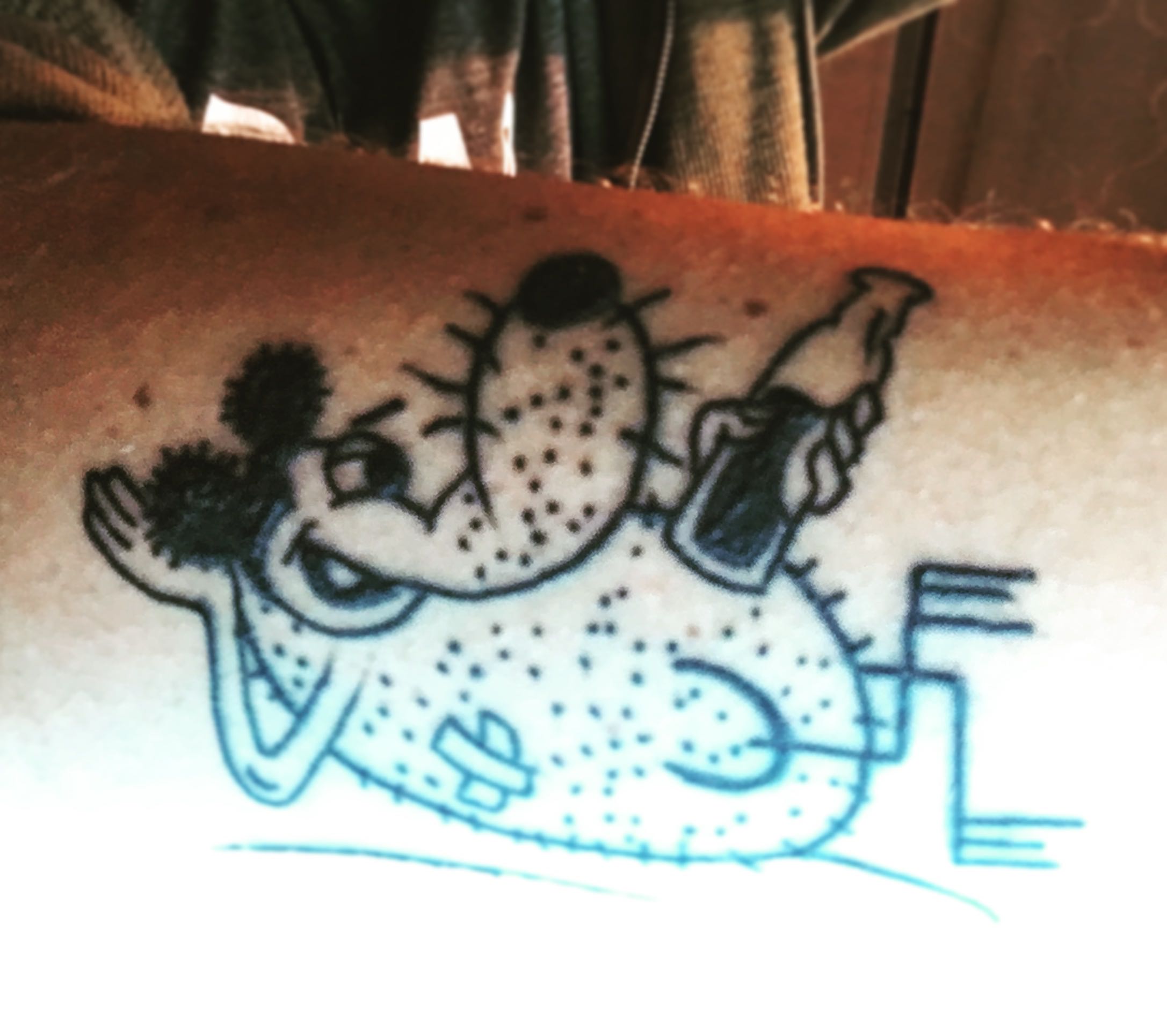 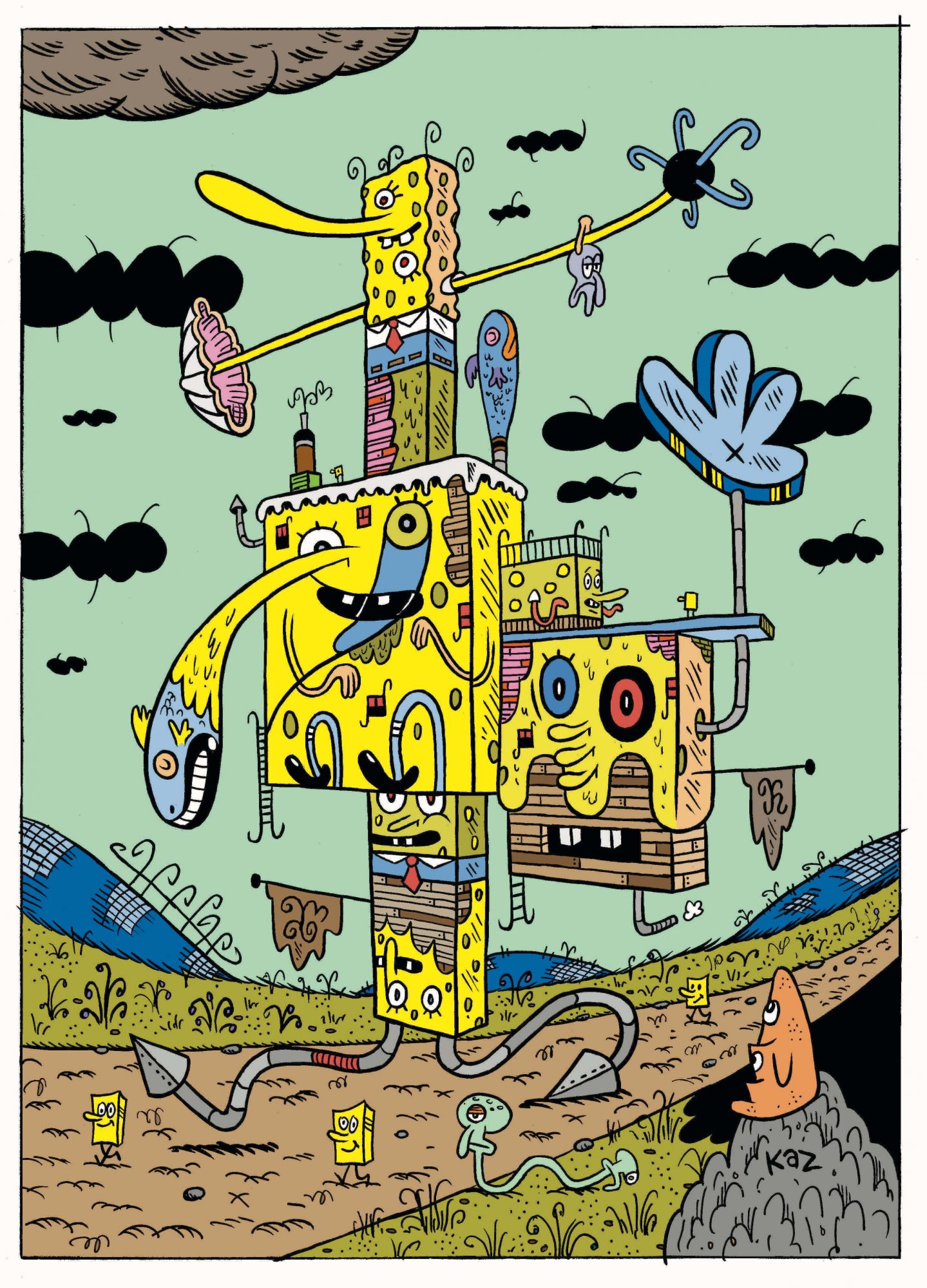 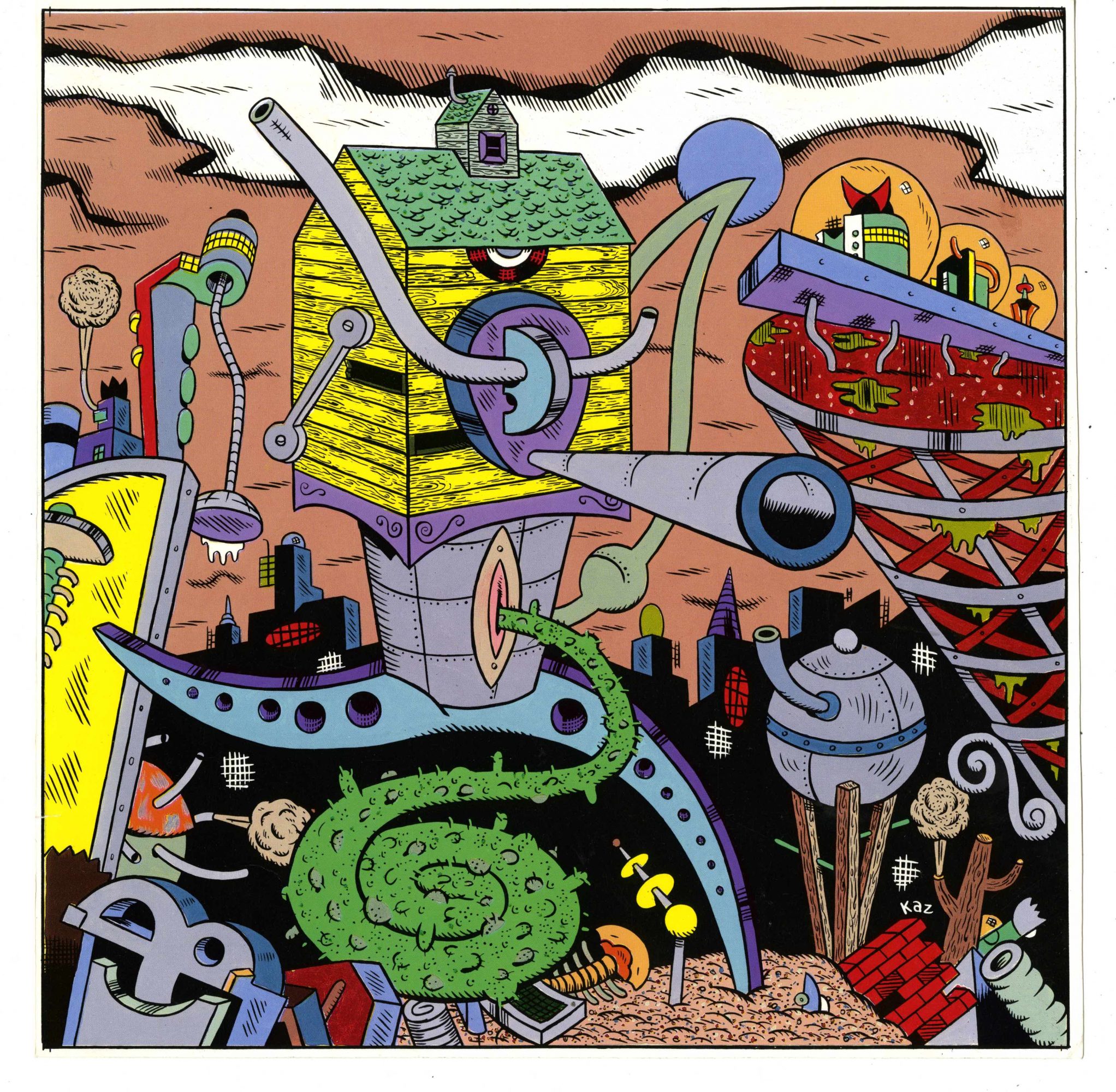 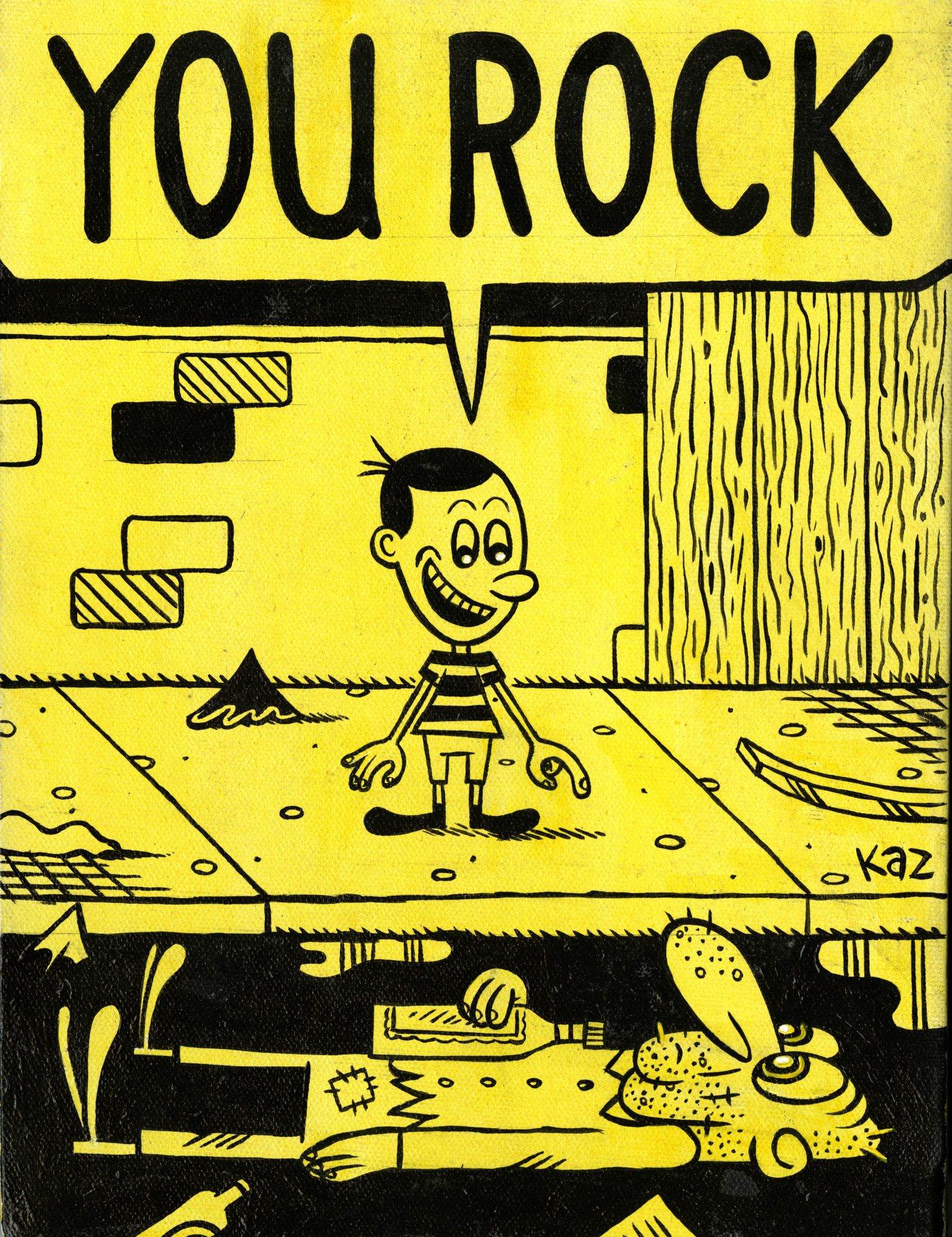 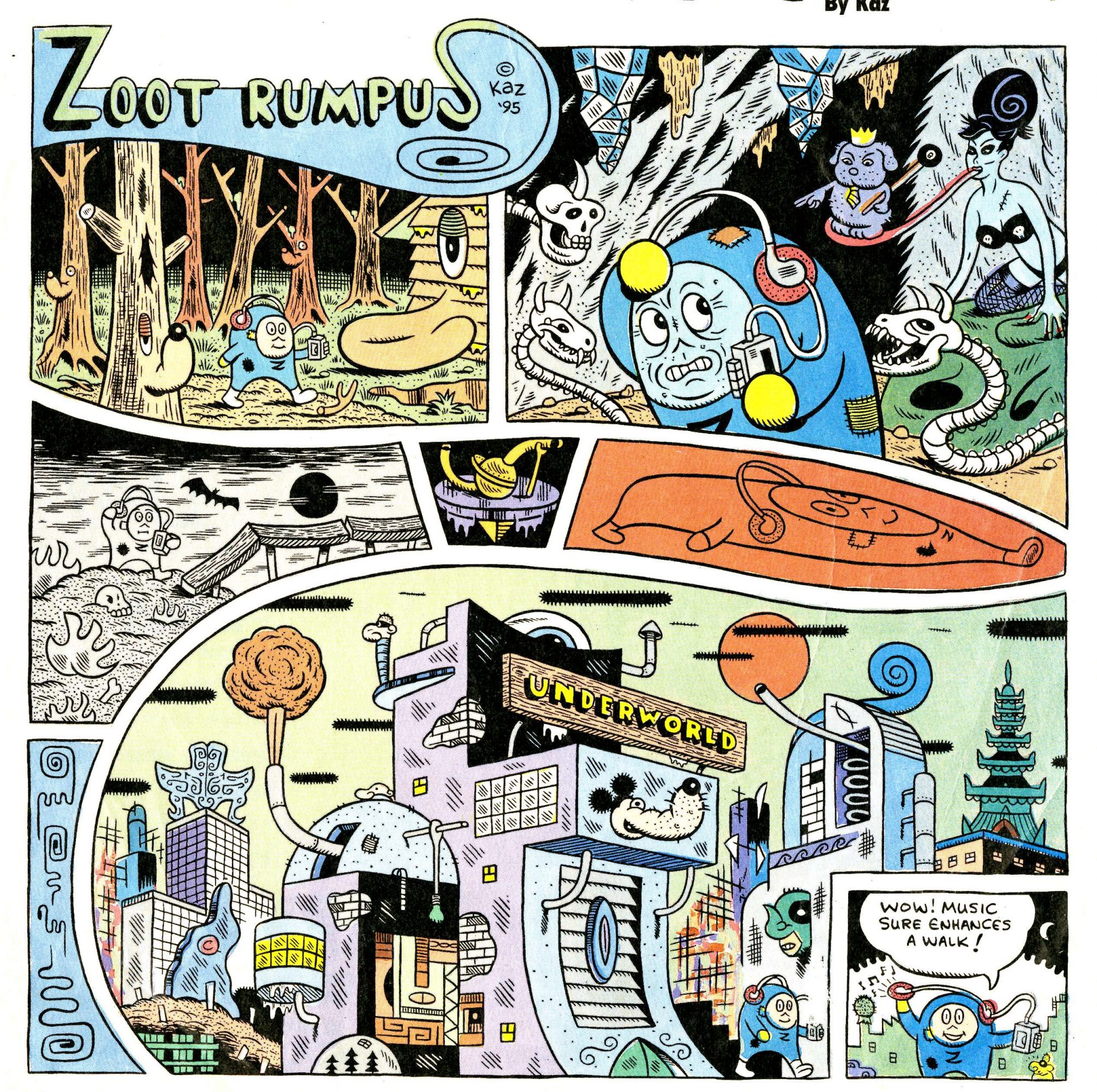