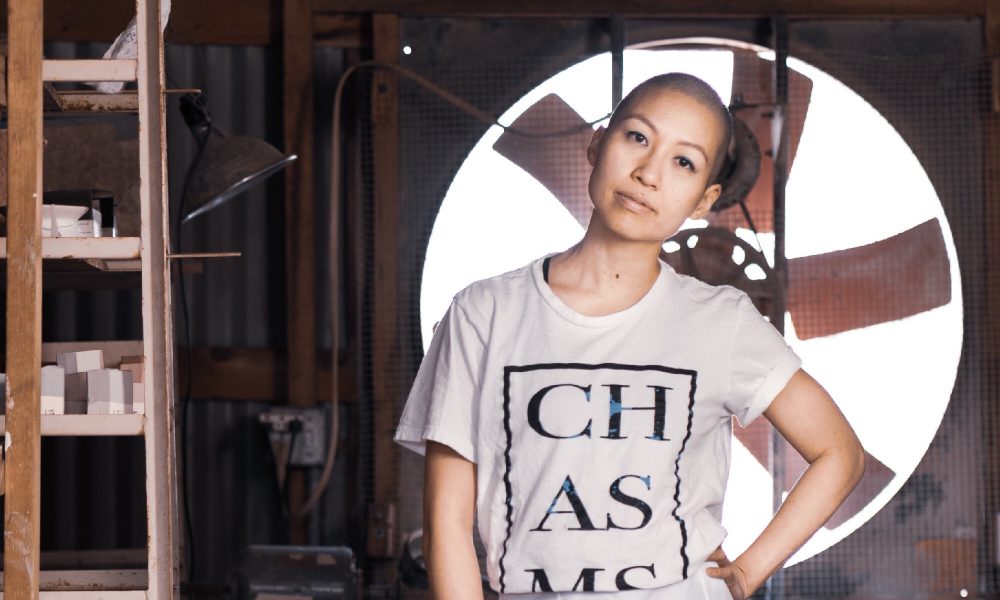 Today we’d like to introduce you to Karen Tong.

Karen, please kick things off for us by telling us about yourself and your journey so far.
I was living on the Navajo Reservation in New Mexico, running the eye clinic at a tiny hospital, servicing a 70-mile radius of rural communities. Having grown up in a family of Vietnamese refugees in Little Saigon (Orange County), I was driven by a strict set of standards that led me to become an optometrist. But after five years on the rez, a place where the nearest major city was a massive network of ruins left by a disappeared civilization from a 1,000 years ago, my perspective was becoming less hardened and more malleable. It was as if during my long commutes through the desert’s endless, desolate, almost impossibly colorful terrain – where it could sometimes feel as if you weren’t moving at all even when flying at 80 miles-per-hour – that I first had the space to think about what I really wanted to do. I’m not sure what it was exactly, because I’ve always been drawn to bold aesthetics, even as a girl begging my parents to let me wear blinding neon tulle skirts (which they seldom considered suitable) – but perhaps it was all that time behind the wheel spent staring at the radiant red rock buttes jutting upward into the rich blue sky. Something about shapes and forms and tones started to percolate in my brain.

It’s hard to describe what it felt like when I first discovered pottery, but it was suddenly and entirely consuming. It was all I could think about and still is. The long drives through the vast mesas took on a clarity of purpose I had never experienced before. It was as if I could hold the mesas in my hands when I got to the studio. Any minute I didn’t have to be somewhere else, I spent sitting in front of a new kind of wheel, with my fingers trying to coax a form out of wet earth. Working with an element you can never fully control, whether it be the moisture in the air, the memory of the clay, or the chemistry of the glazes – the unpredictability was a language I wanted to speak.

I live in Los Angeles now. I still frequently return to those rich stretches of New Mexico desert, and every time it feels like going home.

Can you give our readers some background on your art?
In optometry, you bend light with lenses to allow people’s brains to take in shapes and color from the outside world more clearly. We’ve all heard the eyes are a window into the soul. But after literally staring into people’s eyes every day for half a decade, I came to think of them more like a Rubix cube. And I loved the challenge of solving them, trying to produce a very specific outcome, especially when it wasn’t obvious what the obstacle was.

In ceramics, it’s exactly the opposite, in a way. You can have something very clearly inside your brain, but getting those shapes and colors to take dimension out in the world is the challenge, especially when the obstacles change with each new shape or shift in the weather.

I tend to start designing with simple lines and geometric forms, then push them to explore what else they might contain and what kind of unexpected marriages are possible between them. One of my favorite things to do is bend the line of form and function, sometimes literally with twists and spirals, so that an object retains its purpose but your relationship to it shifts – or you realize you had a relationship to it in the first place.

Every piece I make has its own idiosyncratic detailing and imperfections, and so for me I kind of think of them each as individuals, even when there’s a strong family resemblance. They even have relationships to each other, and one is often birthed in response to another.

A major inspiration for me right now is the Memphis Milano Group, specifically the vibrant textiles and paintings of Nathalie Du Pasquier, whose bold playful aesthetic helped define the movement 30 years ago. When I make something that looks like it belongs on a shelf in Pee Wee’s Playhouse, I feel like I’m on the right track.

What do you think about conditions for artists today? Has life become easier or harder for artists in recent years? What can cities like ours do to encourage and help art and artists thrive?
It’s always easy to look back on some perceived golden era when things were better for artists – and I do this often! And it’s obviously true in a lot of ways that LA (or New York, or San Francisco, for that matter) were all much more hospitable to artists 20 and 30 and 40 years ago. But the emergence of social media, while clearly being a multi-edged sword, has also really leveled the playing field. Work can be seen and heard from anywhere, at any time, and from anyone. Still, there’s no denying LA has become a less sustainable place to live and work as development continues expanding in all directions.

I wouldn’t presume to know how to engineer the complex social and economic dynamics of any city, at any scale, much less a megalopolis like Los Angeles, but I do believe it’s probably easier to incentivize artists to stay rather than coax them to return once they’ve found more welcoming places to call home. One thing I think it might be worth focusing on is more affordable housing and affordable workspace. We can’t turn back the clock, nor would most of us really want to (considering the darker realities of our supposed golden eras), but I do think we can remind ourselves – and the city – that it’s good for everyone when the artists stick around!

What’s the best way for someone to check out your work and provide support?
For anyone in the LA area, selected pieces can be found in various shops like Prelude & Dawn in Highland Park, and the Grand Central Art Center in Orange County. I’ll also be bringing work to several upcoming fairs and pop-ups in Los Angeles and San Francisco, and will be announcing some stuff I’m super excited about (the Big Apple!) very soon. And for anyone not on the west coast, you can check me out online to see new pieces as they come out of the oven, or find out where I’ll be next, or just to troll me. 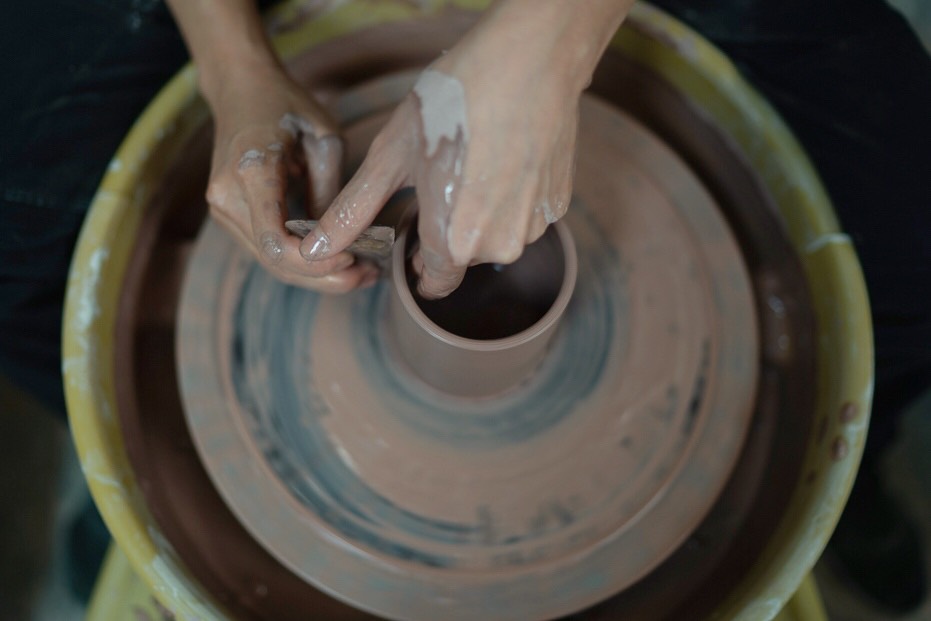 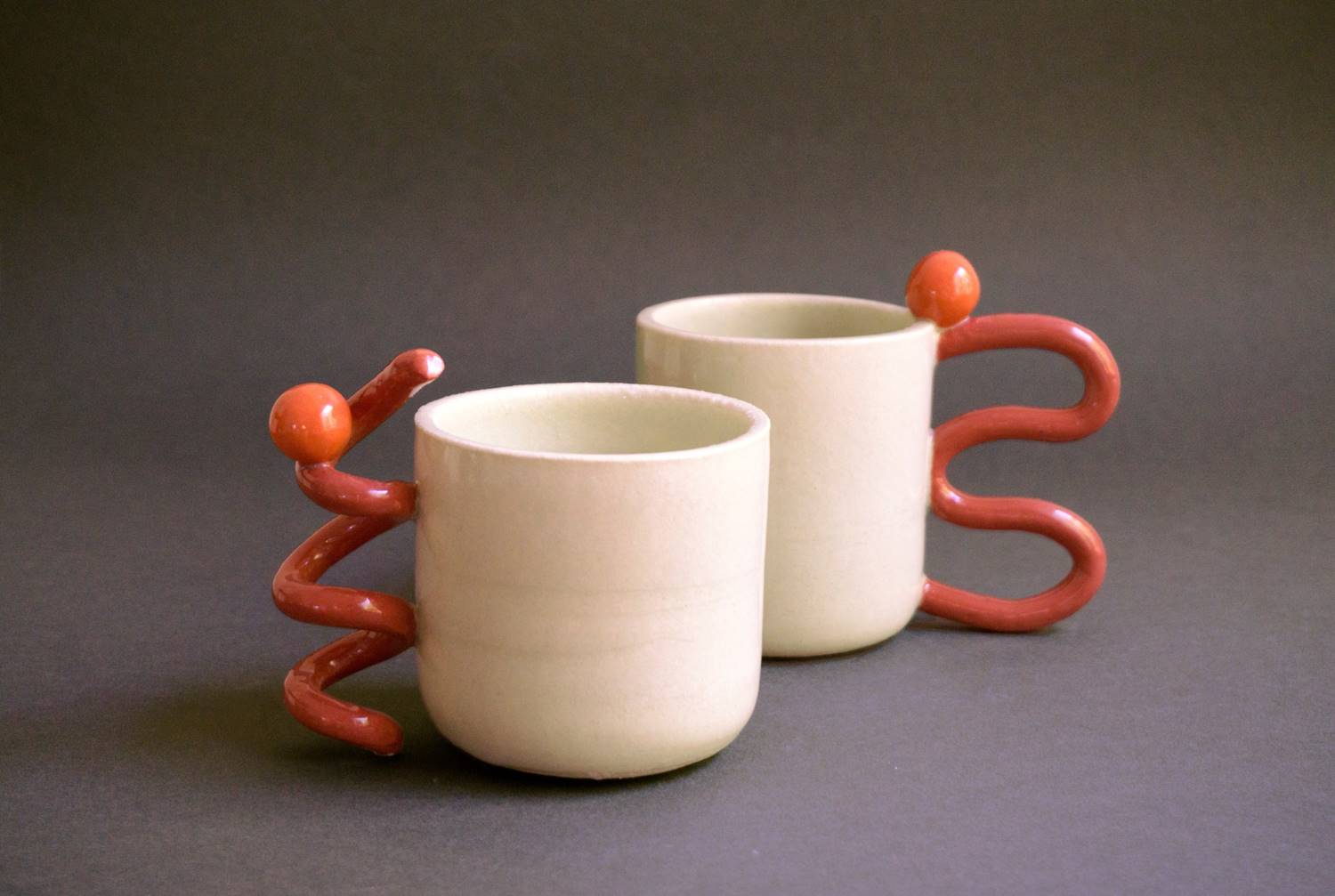 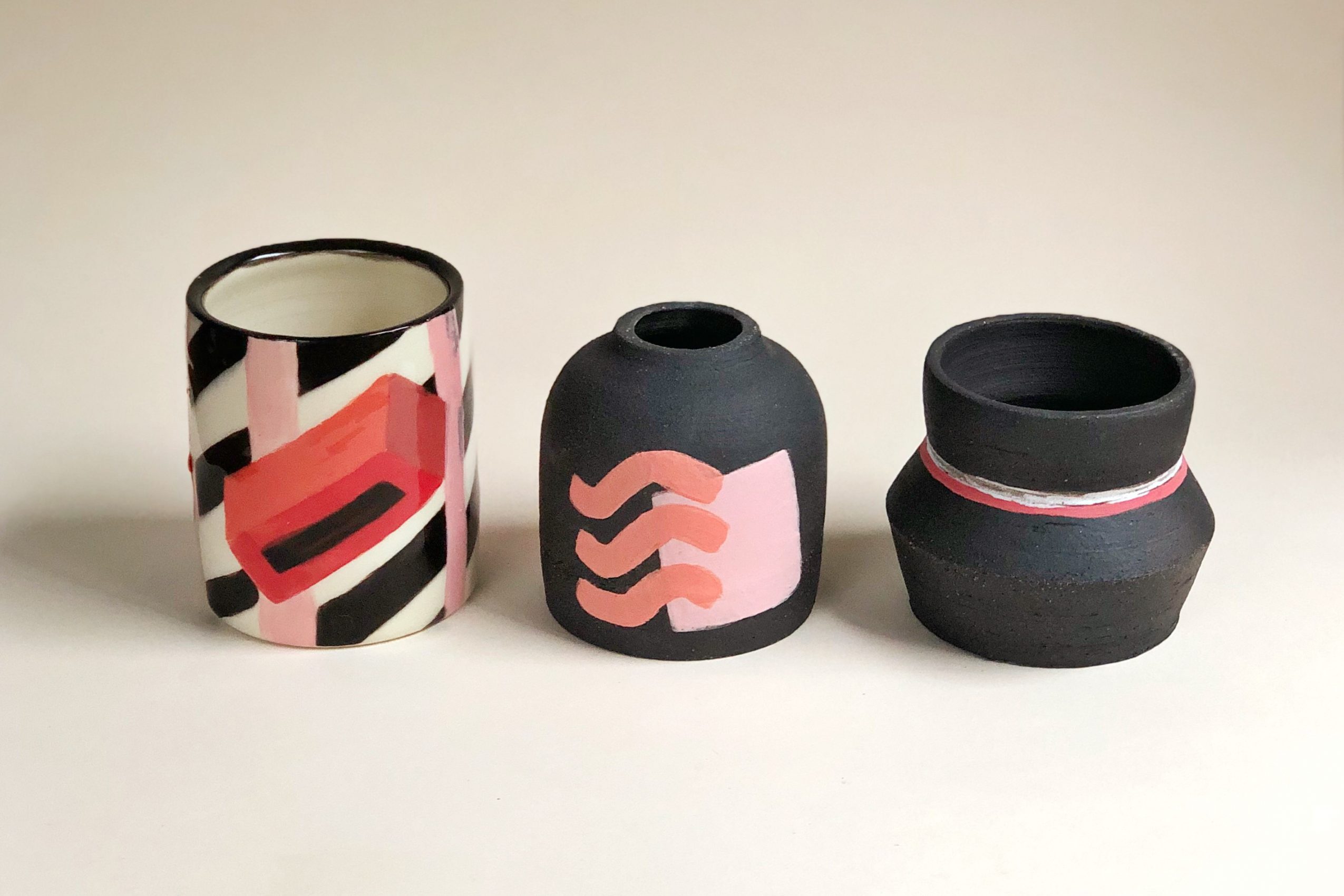 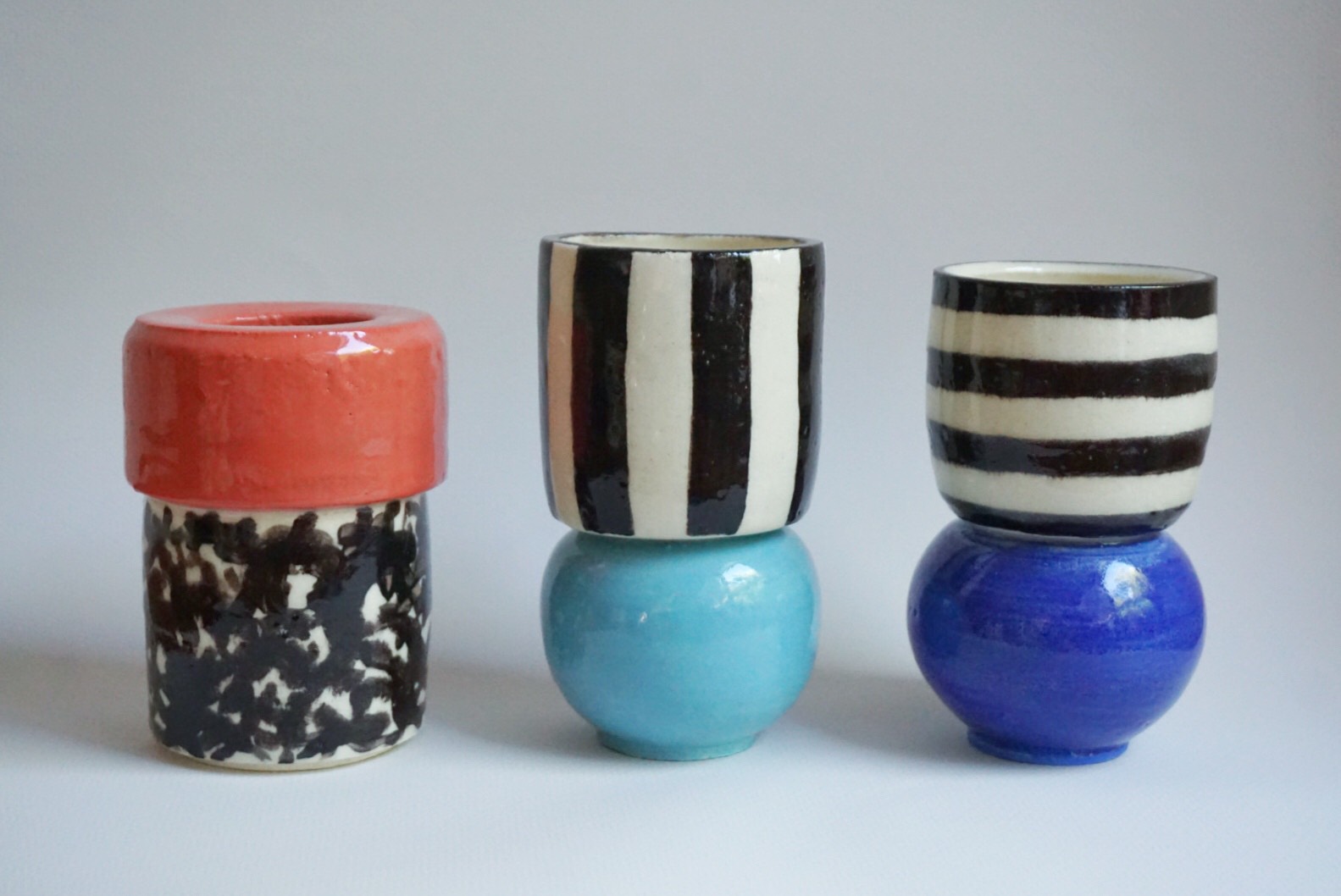 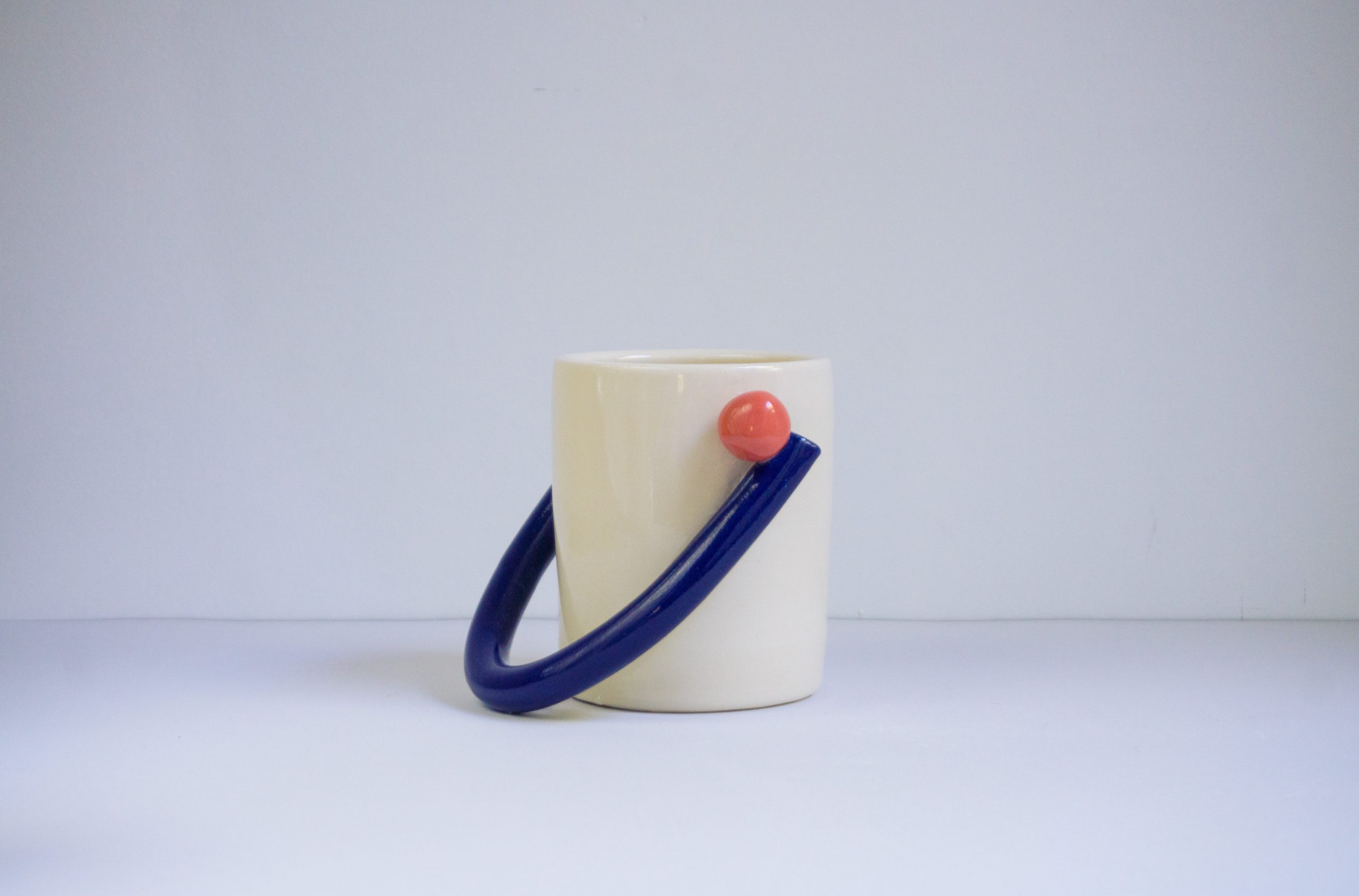 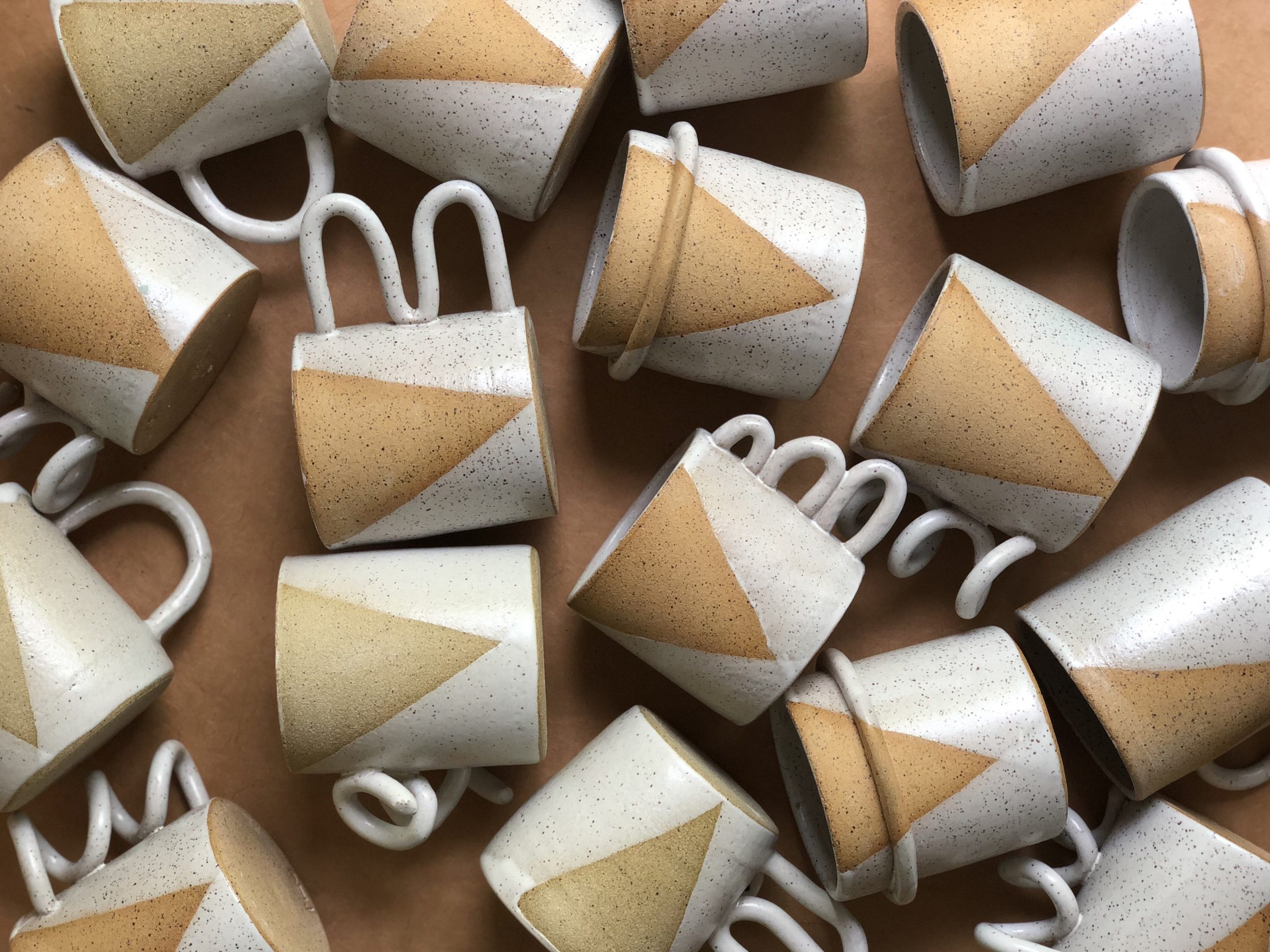