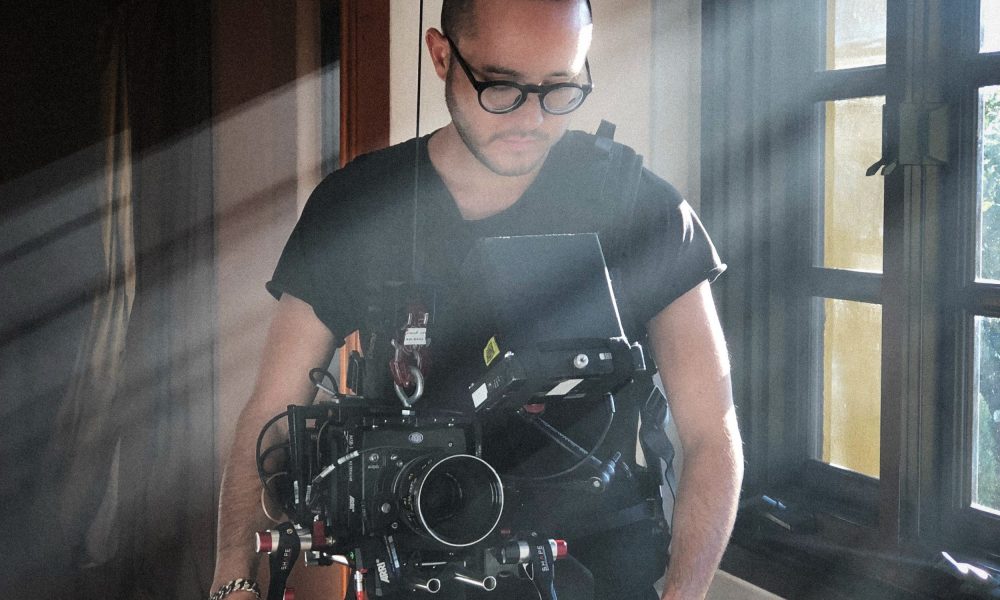 Today we’d like to introduce you to Kai Saul.

Kai, please kick things off for us by telling us about yourself and your journey so far.
Long before discovering cinematography, I began my artistic life as a musician. Both of my parents are musicians, and our home was filled with the melodies of classical and jazz greats since the day I was born. I began studying the piano at age five and the violin around ten. In high school, as my musical influences grew, I also picked up the guitar, bass, and a few other instruments. It was during this time that I also started skateboarding, which exposed me to many now-legendary skate videos on VHS by artists like Spike Jonze, prior to his feature film career. Inspired by these videos, I began to dabble with filming my friends who also skated, and I joined the A/V club to learn the basics of editing so that I could make my own skate videos set to music.

After high school, I attended Dartmouth College, where I continued my music studies. In addition to performing, I became interested in composing, recording engineering, and DJ’ing. I ran a weekly late-night radio show with a friend who happened to be a film studies major, and this led to me scoring a few experimental short films for students in the film department. The joy I felt as a teenager setting skate clips to music was reawakened, and soon after, I signed up for a class in 16mm black & white filmmaking.

From the first moment I loaded an old Arriflex S camera with film, I fell in love with it. Not knowing the “right” way to compose a frame or move the camera, I approached camerawork the same way I had learned various musical instruments or filmed skateboarding – intuitively, and as a conduit for artistic expression. While I barely had any idea what I was doing, I was head over heels with the craft of filmmaking and began taking it seriously, honing my shooting and editing skills and ultimately creating a series of short films. At the same time, the Great Recession had hit, and I was more unsure than ever how I would parlay my forthcoming music degree into a job I would be happy with after graduation. So instead, I decided to stay in school and pursue filmmaking. I used my short films to apply to MFA programs, and I was accepted to Chapman University’s Dodge College of Film and Media Arts.

I moved out to Los Angeles for film school not knowing a soul or how a real film set operated, but I found myself surrounded by a group of young, aspiring filmmakers with intense creative energy and passion. It was exactly what I had been searching for. I also found that I had a lot of catching up to do since many of my peers had been undergraduate film majors or had worked in the industry prior to film school. So, I volunteered on every set I could, watched and studied films like crazy, and shot as many student projects as possible.

Three years later, I earned a master’s degree in film production with an emphasis on cinematography, and that’s when the real work began. It’s one thing to create work in a vacuum, but another entirely to create in the real world and make a living off it. But through a ridiculous amount of ups and downs, trial and error, help from friends, and overall perseverance, I found myself scraping by. My reel grew a little stronger every year, and I was fortunate to eventually gain agency representation, which helped expose my work to more directors and producers. Now, in the seven years since film school, I’ve shot dozens of short films and music videos, a feature film, and over a hundred commercials.

Can you give our readers some background on your art?
Cinematography is the art of painting with light, but at heart, I am simply a storyteller. My craft involves the practical applications of lighting, composition, and camera movement to enhance the emotional beats and arc of a story. At the end of the day, I aim for my work to be invisible and without a specific style, in that it never gets in the way of the story or draws unnecessary attention to itself. Rather, I strive for my work to help bring the director’s vision to life, underscore the subtext of a scene, and support the actors’ performances. If it can look beautiful while doing that, it’s a bonus, but it’s never my primary objective.

I hope for my work to inspire others to tell visual stories, and for the images, I create to have a meaningful, lasting, and culturally/socially-aware place in the world. I am interested in helping to bring to life stories that others will enjoy watching and be moved, enlightened, or otherwise changed by for the better.

In addition to cinematography, I also shoot still photography for pleasure, mostly on film. Sometimes it’s simply behind-the-scenes photos on my sets, or other times, I venture out into the night and shoot long-exposures. I also travel frequently for work, and I always have at least two cameras with me (film and digital).

What would you recommend to an artist new to the city, or to art, in terms of meeting and connecting with other artists and creatives?
A visual artist’s role in society is more influential than ever in an age where much of our work is shared instantaneously and can have an extremely far-reaching impact across the globe. With any given project, we have the ability to connect with thousands or millions of people who we will never meet in person, but who are searching for meaning and beauty just like ourselves in a turbulent world.

What’s the best way for someone to check out your work and provide support?
My portfolio can be viewed on my website at kaisaul.com and on Instagram @kaisaul. You can help support what I do by watching my work and sharing it with others.