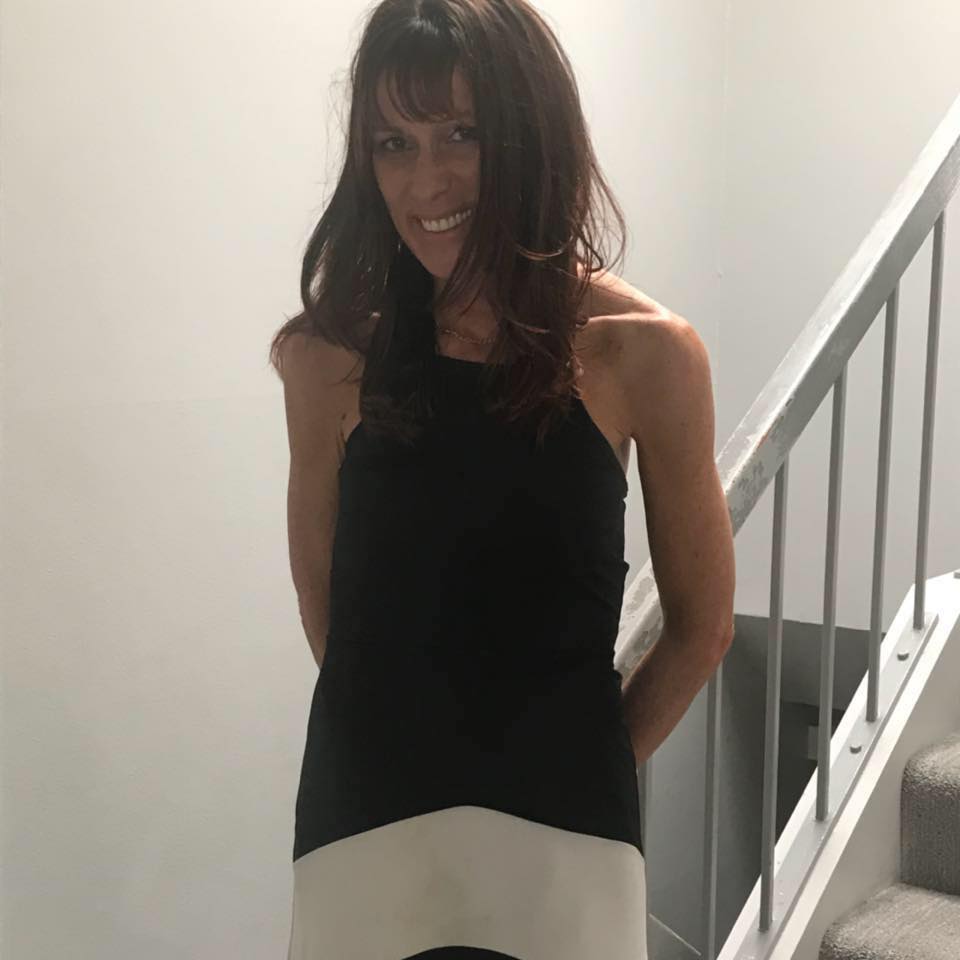 Today we’d like to introduce you to Georgia Menides.

Georgia, please kick things off for us by telling us about yourself and your journey so far.
Starting the story at the end, after many years of struggling to make this happen, a film I co-wrote and produced, “1/2 New Year” sold to Comedy Dynamics, screened in festivals all over the country, and released on multiple VOD platforms on September 10th

“1/2 New Year” is about a group of friends who bond together to support each other after a traumatic incident during their annual 1/2 New Year Party. This award-winning comedic quarter-life coming of age film is a celebration of LA, and of friends… the family we get to choose.

I’m a writer from Massachusetts who moved to LA at 31 with a semi-successful film, Still Green. Then the DVD market collapsed, the Blockbusters and Hollywood Videos went out of business, and my movie pretty much just disappeared from the world. For the next two years, I tried as hard as I can to push two other scripts into production but we simply couldn’t find financing.

I continued to write but switched gears, moving into film sales and distribution as an agent, a buyer, and now a distribution coordinator for The Valley Film Festival.

Meanwhile, my co writer, Drew McAnany, had a brilliant concept for a film he had wanted to make for a long time. He approached me about writing it with him.

When he said, “Write this with me, and we will make it,” somehow for some reason with no idea how, I was sure this script would come to life.

In LA, there are so many people who moved here from all over the world, leaving their families and safety nets to pursue their dreams in a city that is amazing, but way harder to make it than advertised. So, we end up finding a new family, a group of friends we get to choose. We come to rely on our friends. When they are up, we see the best of them. When they are down they see the best of us.

Drew writes fast, with funny snappy dialogue popping back and forth between people. I write slow, taking the time to really ponder and process what each character would be feeling at that moment. Our writing styles mixed well.

One reason I knew the movie could be made is that we wrote it so it could be primarily shot in Drew’s house with a few extra scenes that could be shot in mine.

When North Air Entertainment Owner and Producer, Zach Block read the script he signed on to produce the film, the money came in, and by the end of 2017, we were actually shooting it!

Like the characters in the film, most of the cast and crew were already really good friends.

There was a writer/director (Tom Morash) who has been a friend of mine from the east coast since I was 25. He had recently directed a short. I was so impressed with the way he ran the set, both with his deep understanding of story and sound knowledge of all things technical (being, by trade, a lighting technician for films and television). I knew he would be the perfect director for the movie. So, I sent the script to him.

Tom loved the script and saw the potential of where the movie could go. He signed on!

We did cast a few actors through backstage, as we wanted to have some sort of name actors in the movie. We ended up casting Rome Flynn, who is a regular on “How to Get Away With Murder” and just won the 2018 Daytime Emmy Award for Best Young Actor. We also cast Shanley Caswell, a regular on  “NCIS New Orleans” and the teenager, Andrea, in the cult classic, “The Conjuring.”

Everyone else who worked on the movie, from the producers, the cast, the crew, the post-production team, and even the musicians on the soundtrack all hail from our group of friends.

So, after years of struggling, we got a chance, The production was a blast, and a chance to experience something unforgettable with our friends. Post-production took another year. We all had jobs but every spare moment we had was focused on the film.  In we created a film that is a celebration of friends and in its own way, a love letter to LA.

Then, we had to get distribution. From my years of experience with distributors as a distribution coordinator, I did have some contacts. And a slew of distributors had caught wind of the film and reached out as well.

In the end, we decided to sign with Comedy Dynamics, because they are a global powerhouse, we trusted them, and they really got the film and loved it.

Can you give our readers some background on your art?
Although I do dabble in poetry, my writing has always been in the script format. I love how in a screenplay, you have to find a way to convey what a character is thinking through subtext. I love how you get to describe just enough to paint the broad strokes of a picture that everyone else ranging from the production team to each member of an audience will fill in on their own.

To be honest, I get a little bored reading long descriptions in books. I prefer to just go EXT. STREET – NIGHT and get right into it.

With every script, there are important messages I want and hope to get out there.

Artists rarely, if ever pursue art for the money. Nonetheless, we all have bills and responsibilities and many aspiring artists are discouraged from pursuing art due to financial reasons. Any advice or thoughts you’d like to share with prospective artists?
One piece of advice I have is that when you are working on making a living: remind yourself that you are making money so that you can live here and support yourself an artist. So when you are focusing on money, tell that voice that goes, “ you’re screwing up and should be working on your art” that indirectly you are.

When you’re making your art, forget about finances, you are making money so that you can do this one thing, and you were born to do it. So let that part go, and get into your head. Your characters are waiting…

What’s the best way for someone to check out your work and provide support?
You can find out more about 1/2 New Year at
https://comedydynamics.com/catalog/1-2-new-year/

You can read more of my writing at georgiamenideswriteon.com and also watch my first movie there.
You can find 1/2 New Year on Prime, Comcast, charter, spectrum, vudu, Fandango, Vimeo, Apple TV, dish, Xbox infinity and more. 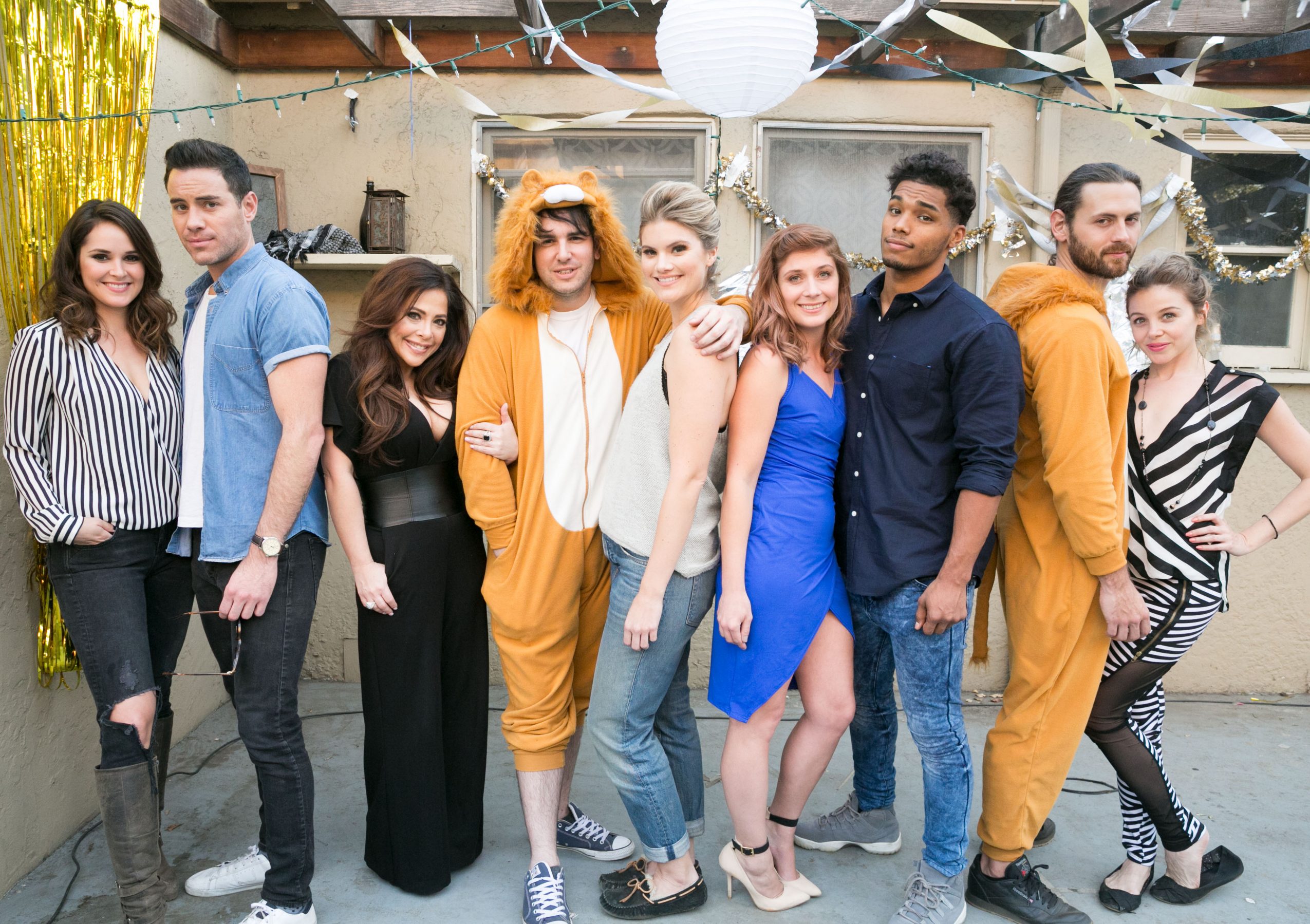 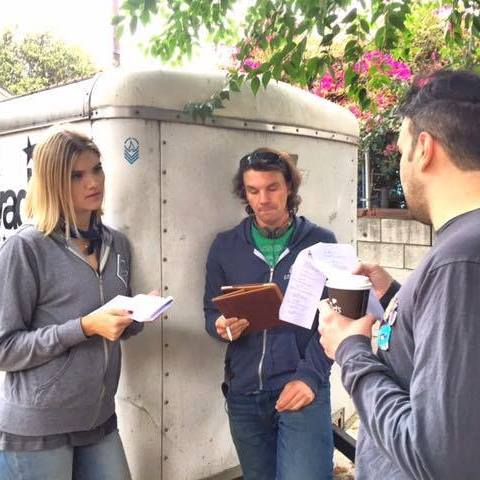 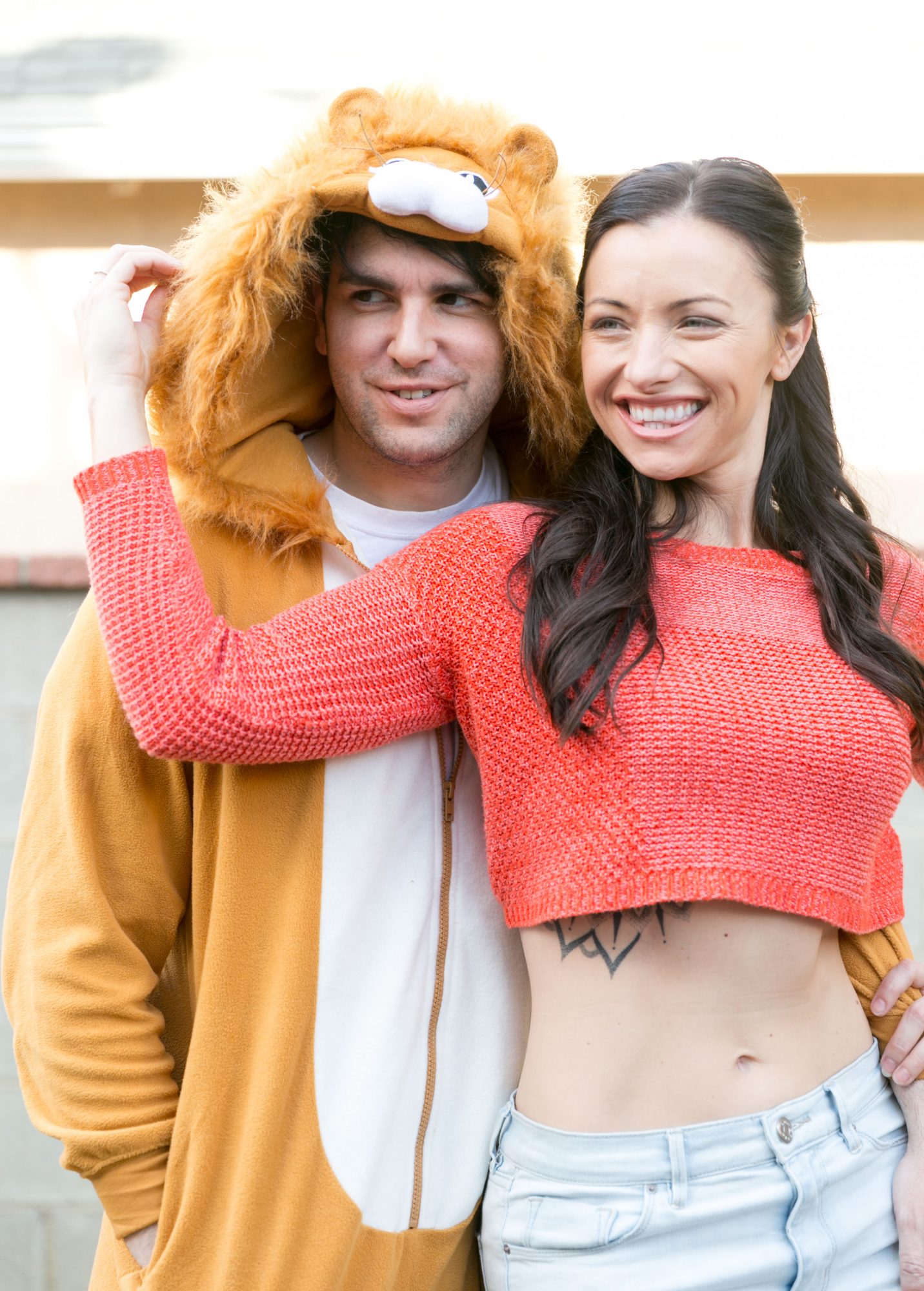 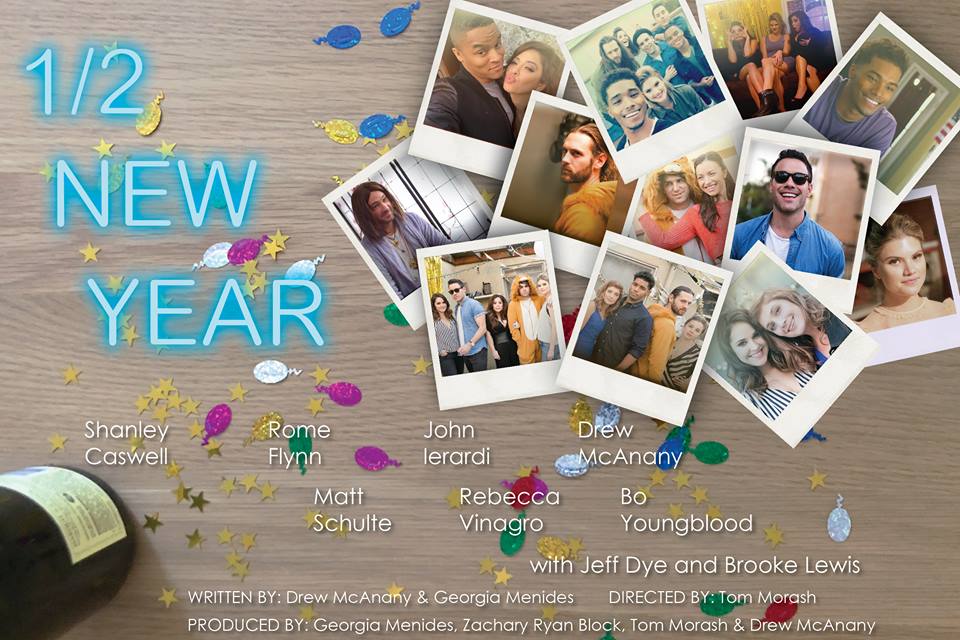 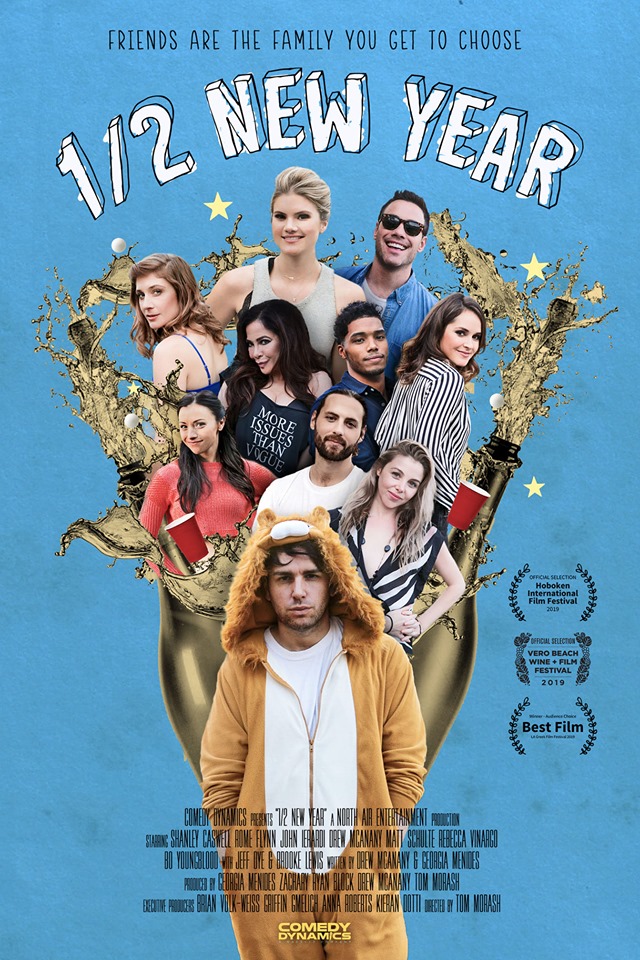 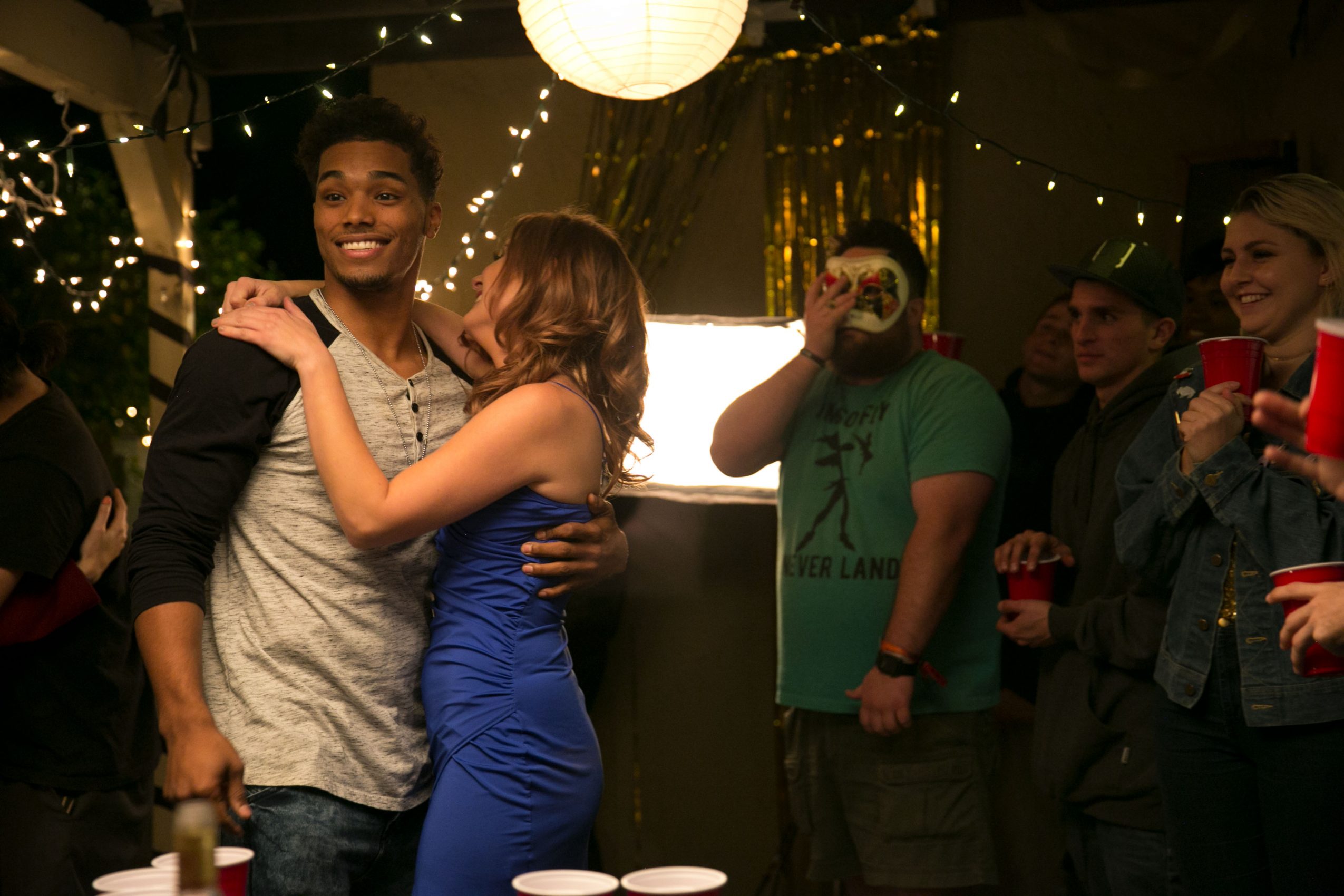