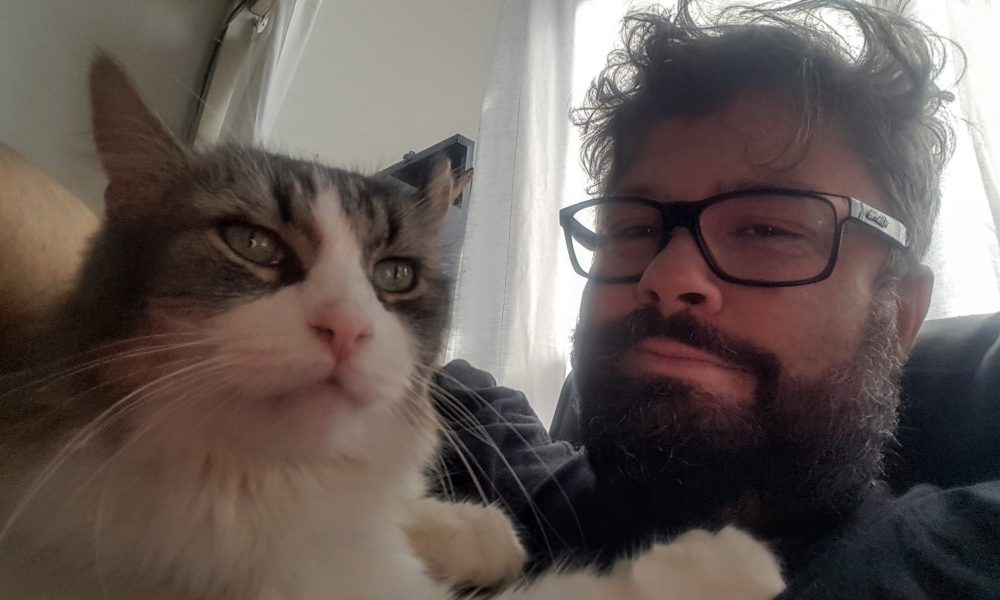 Today we’d like to introduce you to Gabe Leonard.

Gabe, please kick things off for us by telling us about yourself and your journey so far.
I grew up in Linch, a small oil field town in the middle of nowhere, in the middle of Wyoming. Linch was home to about 15 families who mostly lived in trailer homes. No grocery store, no stop signs, no police, no firemen, no church, no high school. The roads weren’t paved, the streets weren’t named, and I wasn’t allowed to go past the cattle guard. It was in the middle of nowhere, at an early age, that I discovered my knack for drawing.

It was my ability to draw that broke the social ice for me. Specifically, my ability to draw big foot trucks going through the mud. That caught the attention of some of the other kids who then started asking me to draw trucks for them. That’s how I started to fit in and make friends.

During high school, I was able to take numerous art classes including ceramics, photography. I was also able to take multiple chemistry classes, physics, and advanced math courses; all of which I loved. I considered a career in engineering or chemistry, but I enjoyed art. I decided that being an artist for a living was what I wanted to do. With the help of my art teacher, I developed a portfolio to apply to art schools.

In 1994, I was accepted and attended Columbus College of Art and Design in Columbus Ohio. During my junior year, I was accepted into a Disney Feature Animation ‘boot camp’. 2 people were offered jobs that included paid tuition for their last year of school. I was not one of them, but it was then that I decided that I would pursue a career in background painting for feature animation. It was a ‘real job’ that I could get as an artist and make a good living.

In 1998 I graduated from art school. With my portfolio work, a duffel bag of clothes, and $1900 I arrived in Los Angeles in Oct. of that year. The very first thing I did was go to see the digitally animated movie “Ants” at a theater in Burbank. What I didn’t realize at the time was I was watching my dream of being a background painter in traditional animation go down the drain. As digital animation took over, all the major studios stopped hiring traditional artists, and there were no jobs, let alone entry-level positions.

The only job I could find was working at Macy’s in Glendale for $6.75 an hour. I was hired to fold shirts for seasonal help. It wasn’t enough. I had to make some extra money until I got a ‘real’ job. I went down to Venice Beach one day and saw artists there with their work for sale. Two things struck me… They wouldn’t be there for nothing, and if they could do it, I surely could too.

In Jan of 1999, I set up in Venice Beach and tried to sell my artwork from a blanket on the ground. I made $9 in sales and spent $6 to park. I kept going back because I needed any money I could make. I started selling color copies of my portfolio work from college. Illustrations and landscapes.

My manager at Macy’s wouldn’t give me the weekends off. I quit. That was the last job I ever had. I was better off selling my art in the street.

I was going to kill it with summer coming up. May 29th, 1999 was the first time I almost got into a fist fight over space. Jewelry makers and psychics will get in your face, they were very territorial, and they will gang up on you. I started setting up on the North side of the boardwalk where nobody was fighting over space.

But it wasn’t long before people were fighting over all the space on the boardwalk. There was a homeless guy that would get there early to make a sand mermaid and yell obscenities at everyone all day long. There was a guy balancing a stove on his chin. For a while, about 50 different Chinese massage tables. I was setting up across from a parking lot where I could sleep in my car overnight staking out my place.

I almost got into a fight with a guy over where a trash can was placed. Other times because someone thought my display was blocking the view of their art. Crazy Mary might pull down her pants and try to pee on you. She would shit herself if the police tried to arrest her.

I made the art I wanted to make and sold it on the boardwalk. I started making fantasy art. I was making a living working at the beach. I met thousands of people from all over the world and sold my art to many of them.
The city was constantly changing the ordinances for vending on the boardwalk. I dreaded the weekend with anxiety about getting a space without a fight. I was handcuffed by the police over new lottery ordinances that restricted the amount of people allowed to set up, making things more difficult. I needed other places to sell my art.

I rented booth spaces at farmer’s markets, music festivals and street fairs. I rented spaces at college campuses and sold my art to students for their dorm rooms. I quit applying to studios and perusing illustration work. I focused all my energy into selling my art as fine art painting whatever I wanted to paint; however, I wanted to paint it.

I continued making fantasy paintings. I changed mediums from acrylic and color pencils to oil paintings on canvas. My paintings improved along with my sales.

One weekend I was selling my art in Huntington Beach at an art market by the pier. The little festival was set up right next to PCH at the end of Main street. A couple of Lamborghinis were stopped at the light, and the sound of their engines was awesome. I thought to myself I’d like to drive a Lamborghini someday, and then it occurred to me that people who drive Lamborghinis don’t sell things out of a tent by the pier. I needed stores/galleries of some sort. I heard of artists getting big breaks at the New York Art Expo, a yearly trade show for fine art, galleries, art dealers and artists.

In 2005 I secured a booth at the New York Art Expo. I spent everything I had, maxed out credit cards, borrowed money from friends and family. I made less money at the New York Art Expo than I did in Venice Beach the weekend before. I carried back as much art as I could on the plane and went back to the boardwalk the next weekend.

I wanted to do something completely different. I decided to make paintings based on American outlaws and lawmen that looked like the roughnecks I grew up around and was raised by in Wyoming. I started this work in 2007 which became my themes of ‘outlaws, musicians and drunken poets’

These new outlaw themed works were a hit. I started getting into juried art festivals and began traveling all over the US selling my prints and original oil paintings. I don’t remember the last time I sold my art in Venice, but it was somewhere near the end of 2007.

I currently work and live in LA, selling my art through galleries across the US, Canada, and the UK.

Can you give our readers some background on your art?
I’m learning how to see the world around me. I prefer to express my findings with oil painting on canvas. The paint stays wet longer and seems less frustrating than acrylics. The colors seem more vibrant, and I generally feel like I have more technical flexibility with oils. Although most of my work is figurative, I approach all my work as though they’re landscapes. Understanding how light, space, forms and patterns are perceived apply equally to painting a person as the landscape they’re in. There’s no end in learning how to paint, and that’s what keeps me doing it.

There’s a certain challenge in painting people who don’t look like they’re posing for a painting. Capturing body language and emotion in a figure is fun and is another requirement in the process of learning to see.

Combined with the fractal nature of runs and drips, I exaggerate and distort space and forms in my paintings. Creating the illusion of living people in atmospheric landscapes. The ultimate goal is simplicity, leaving out everything that isn’t essential.

I find ideas and inspiration everywhere. Music, movies, friends, family, places I’ve been, philosophers, scientists, artists, filmmakers. I draw upon all these things, using friends as models, dressed up in costume and props for references.

How do you think about success, as an artist, and what do quality do you feel is most helpful?
I think a lot of artists get tripped up on what success is. It’s rather simple. Make art you enjoy making and keep doing it. Selling your art doesn’t matter. Connecting with others through your art is success.

If by success, you mean making a living as an artist there’s a few things that seem essential in my experience. Don’t have a backup plan. Make a lot of art. Constantly and consistently put it in front of people with a price tag. Focus on what works and keep getting better at those things. Don’t believe your own good press, don’t believe the bad press either. If you take the credit, take the blame too. No one goes solo.

Do good work, meet your deadlines, be easy to work with.

What’s the best way for someone to check out your work and provide support?
Brewery Art Walk
Los Angeles, CA
April 6-7 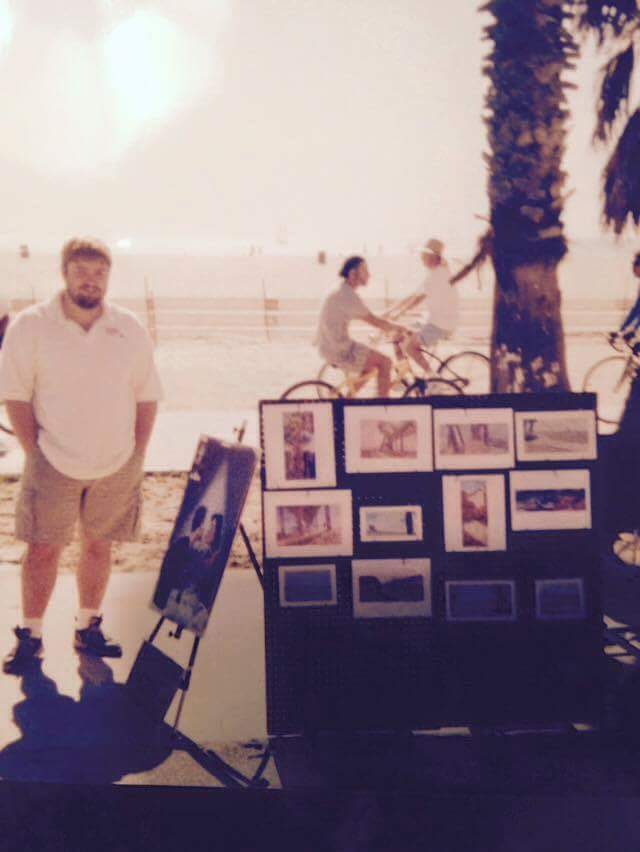 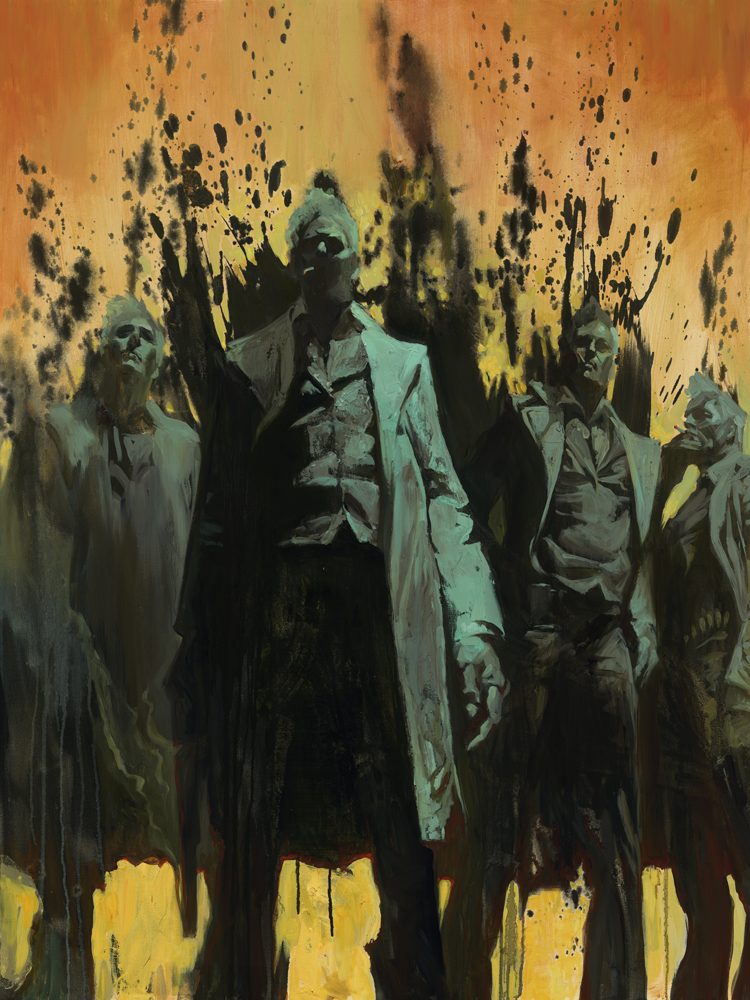 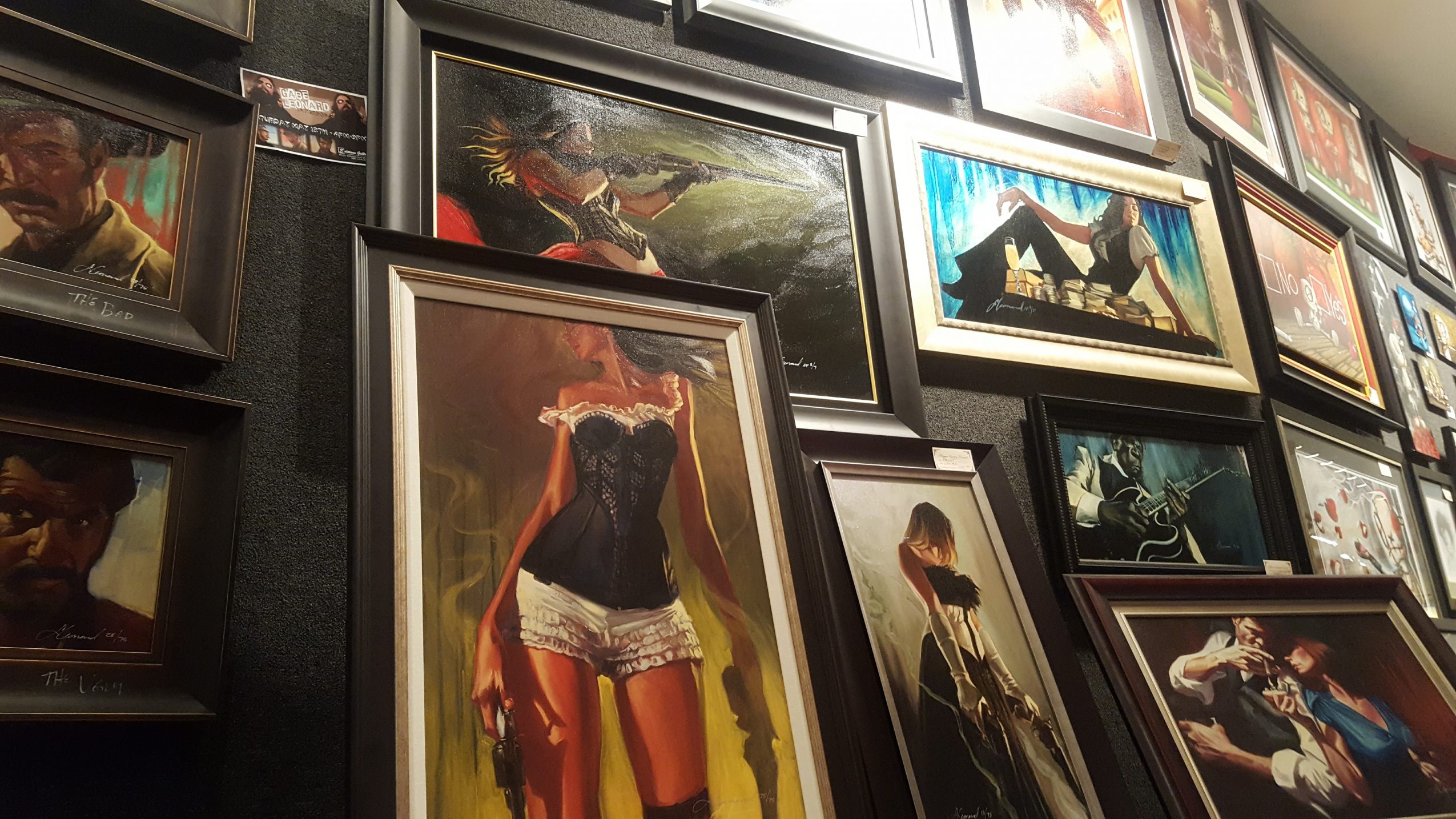 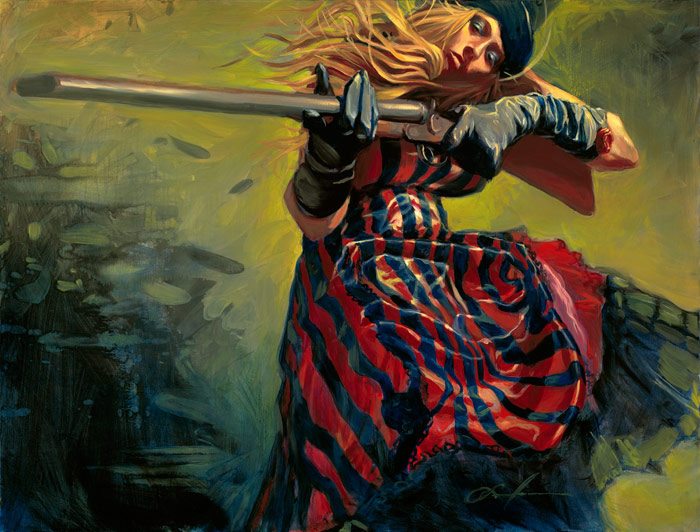 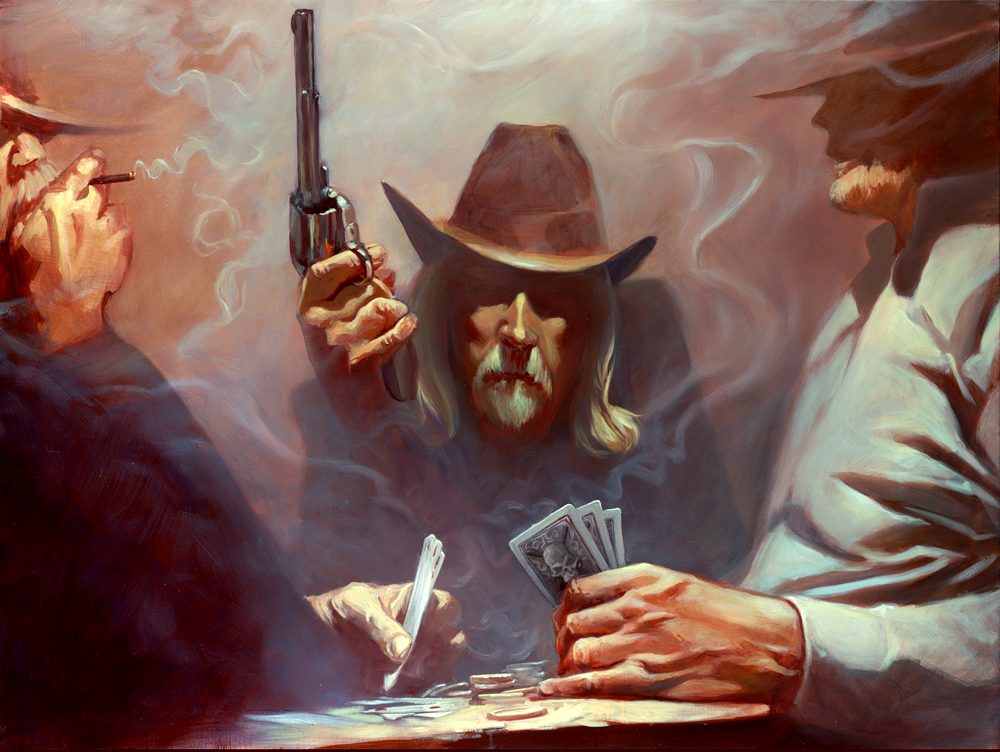 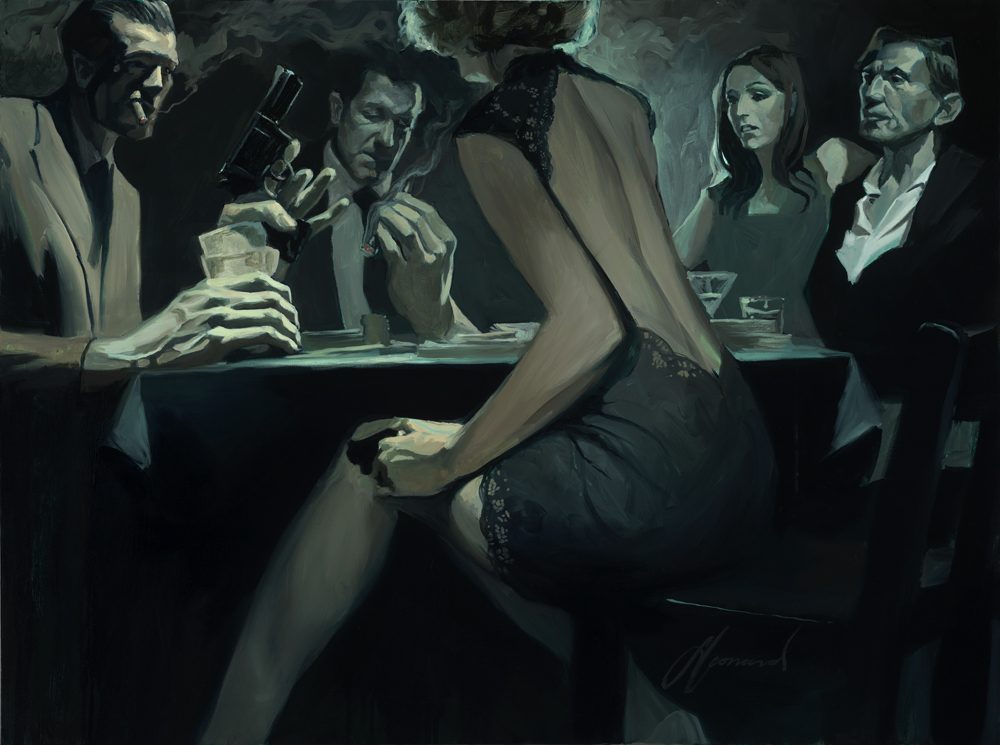 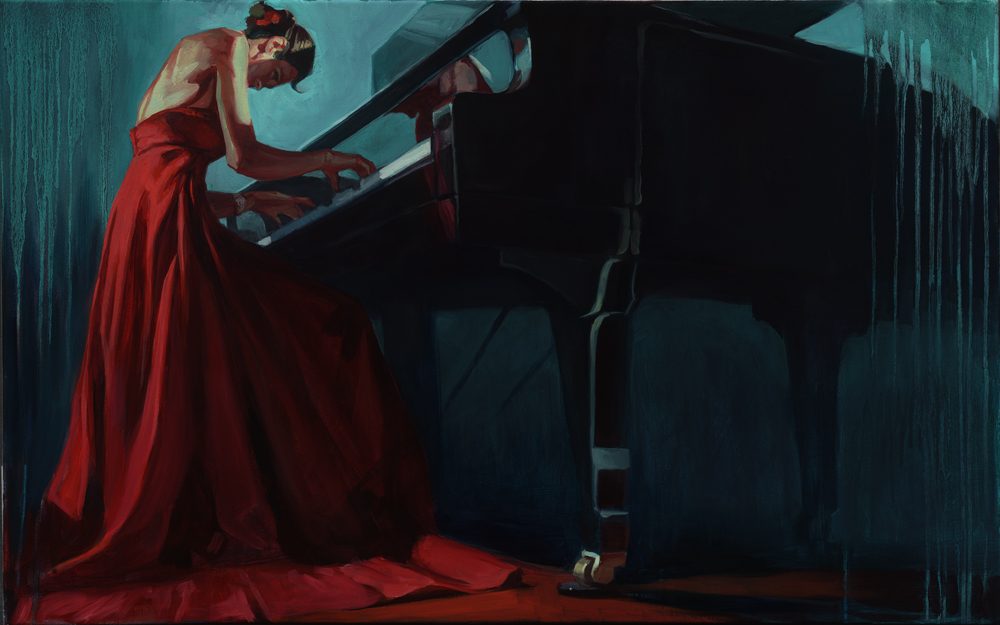 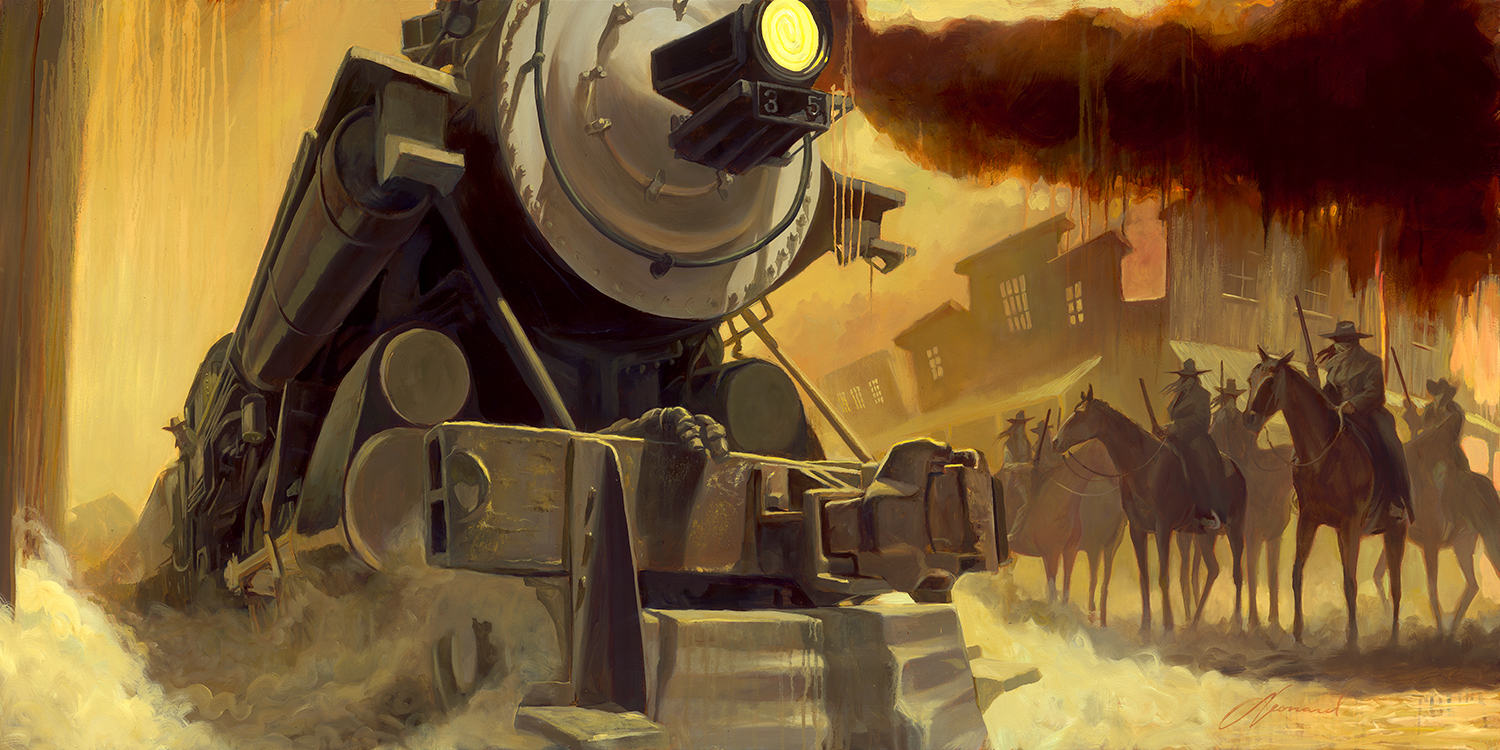 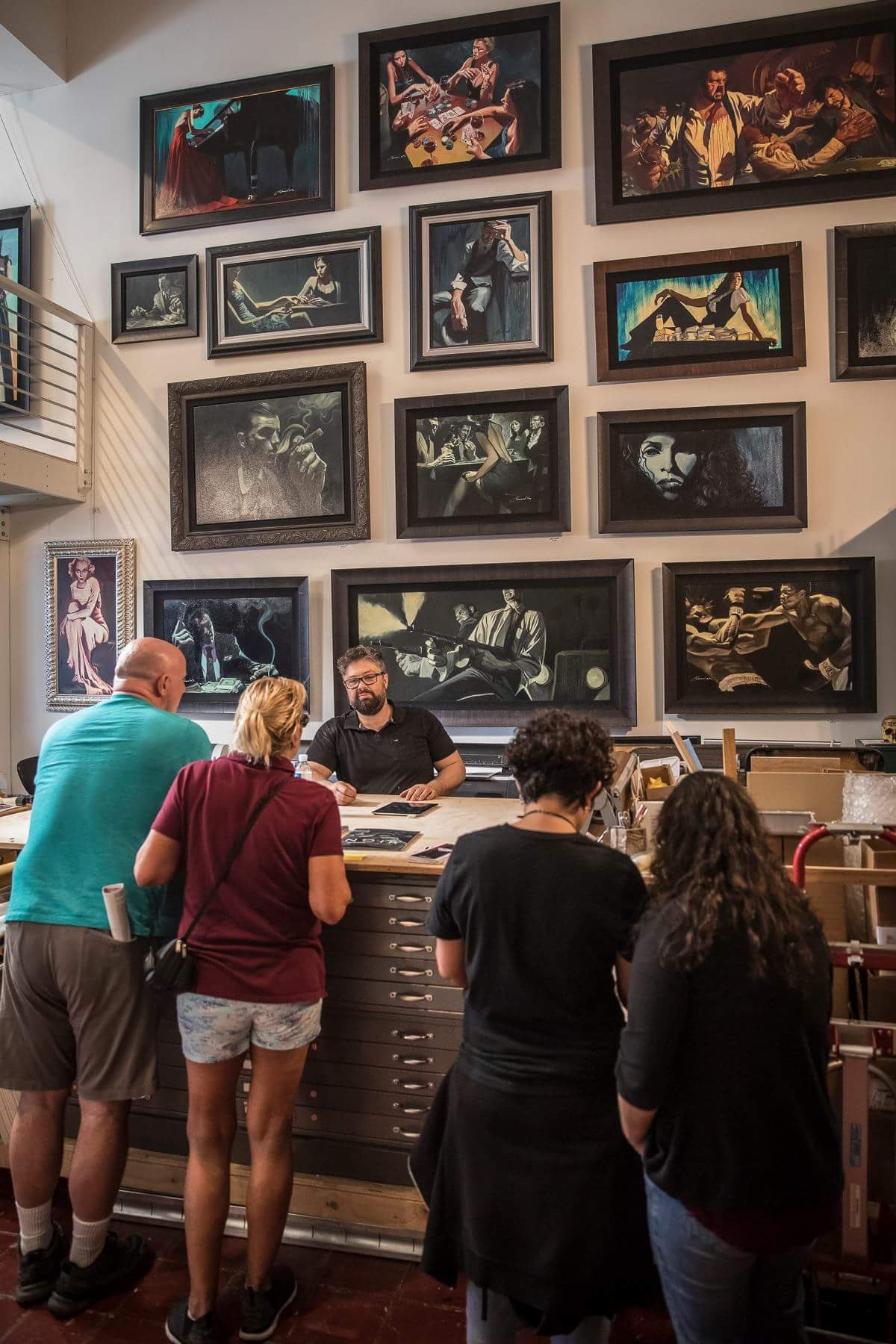 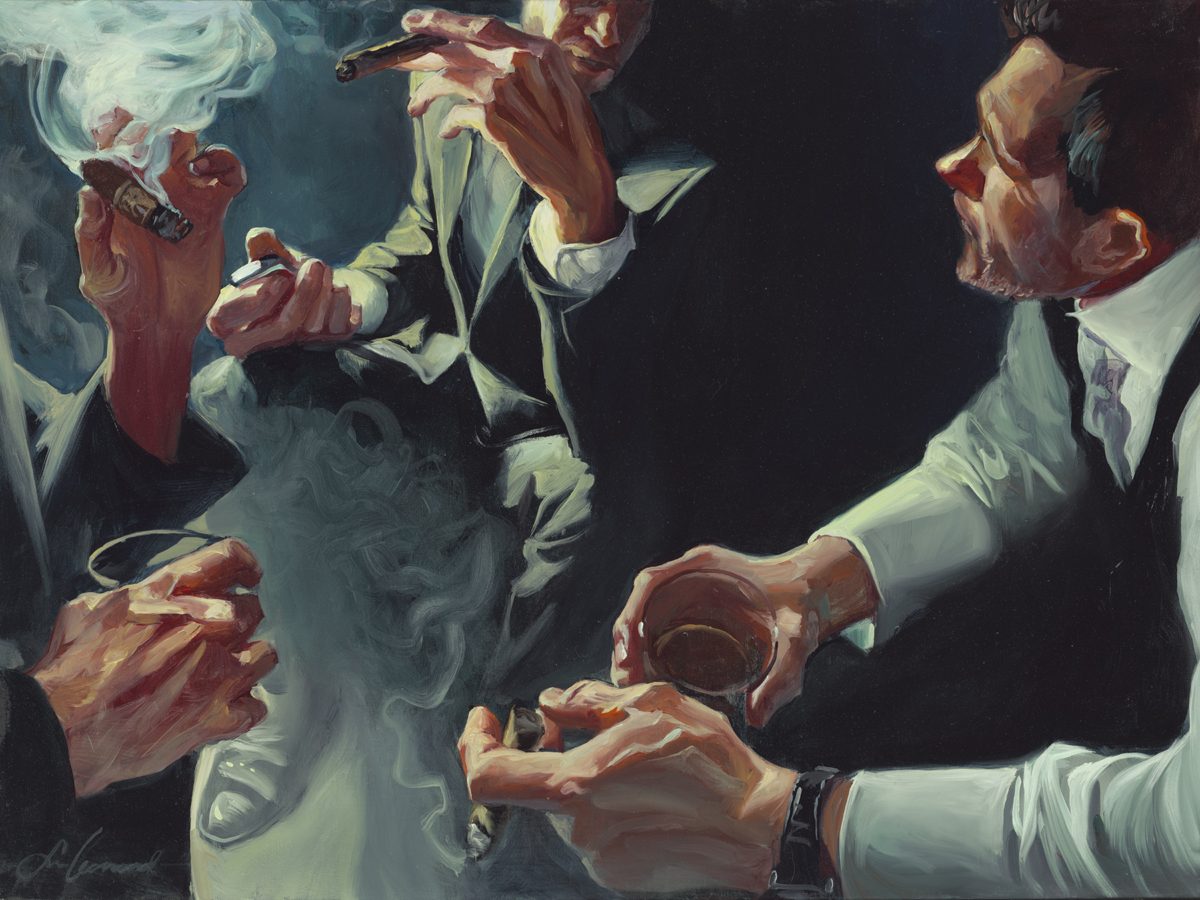