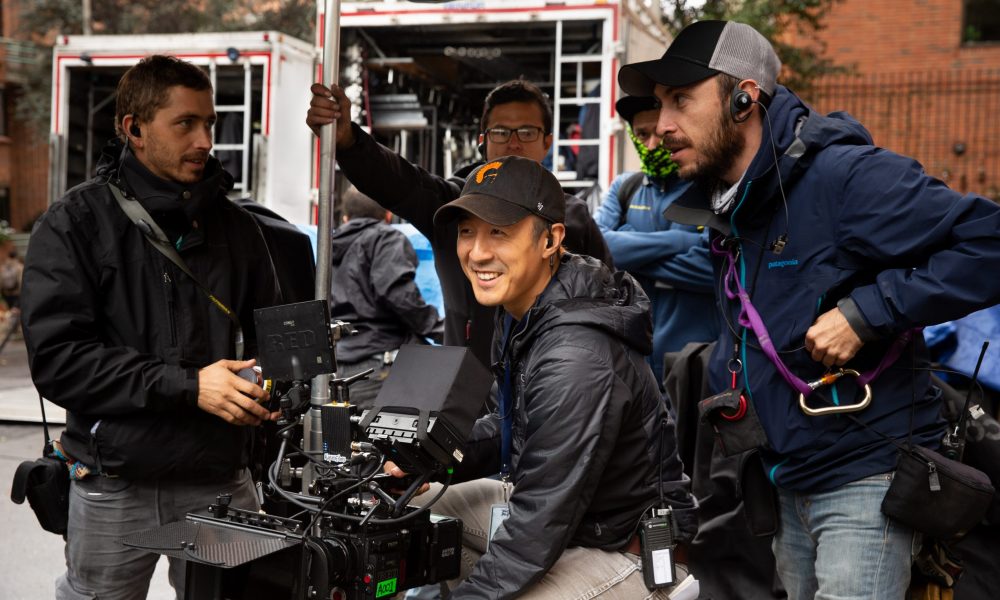 Today we’d like to introduce you to Ed Wu.

Ed, please kick things off for us by telling us about yourself and your journey so far.
Growing up, I had dreams of becoming a violinist. I would perform with orchestras around the world and spend hours practicing every day. It never even crossed my mind that I could pursue a career in film until senior year of high school when I was introduced to a club called Video Yearbook. We would go around shooting funny, crazy, or sentimental skits that we would edit together into a 2 hour long DVD for the seniors to look back on after they graduate. On the day of the premiere, I remember the nervous feeling of showing what we had worked all year on to the entire senior class and the moment of joy when I saw and hear people laughing and crying to what we had made. Upon starting college, I had to make a choice about what I wanted to pursue as my major and ultimately my career. I realized that I spent more time in the editing room than I was practicing violin during my senior year and changed my focus.

Now, I didn’t know where to begin but I knew that movies was my ultimate goal. I could see the power in movies that they can make people laugh and cry. I always had a burning question in my mind after I started to make some short films of my own, ‘What is the magic behind what makes movies look so special and why don’t my movies look like that?’. To try and solve this, I bought a book called ‘What I Really Want to Do on Set in Hollywood’ and stumbled upon the section about a cinematographer. Wow! This is the answer! The cinematographer’s job is to tell the story visually and that’s the reason why movies in the theaters looked way better than my movies. So I moved out to Los Angeles and applied to The American Film Institute to become a cinematographer. Ever since I have been shooting independent films and living my dream of telling stories visually through a craft I love.

We’d love to hear more about your work and what you are currently focused on. What else should we know?
I am a cinematographer. For those that don’t know what that is, I make the decisions on how a movie is going to look in relation to the camera, lighting, and color. The beauty of being a cinematographer, unlike other artists, is that I get to tell so many different stories. On one project, I’ll be telling a heartfelt story about brotherly love while in another, I’ll be shooting an epic battle between a mecha and a kaiju. Ultimately though, I believe my job as a cinematographer is to try and tell the story with each and every frame while impacting the audience emotionally. If you think of a painter, they use different brushes and paints to express themselves. My tools just happen to be a camera, lights, and color.

Most people think of the cinematographer’s job as just trying to make pretty pictures. But I’m always searching for how to use framing, the quality and direction of the light, colors within the frame, and every other tool I have to draw an emotion out of the person watching. I think that movies have the power to change people and the impact that a movie has can resonate with them their entire life. There’s so many movies that have changed my own life and the way I perceived the world and myself. It’s my goal with cinematography to open people up to new ideas or perspectives in life through the visual medium.

In your view, what is the biggest issue artists have to deal with?
I think the biggest challenge for artists in the independent film world today is getting your film to a wide audience in the best format possible. Yes, There are a lot of platforms out there to showcase your work but with independent feature films, you’re still relying on distributors to get your work out to the masses. In my ideal world, the films I shoot would be seen in a movie theater with the best projection and the best sound. But very rarely do independent films get the chance to screen their films in a theater to a wide audience. The risk is too high for distributors. It’s unfortunate because there’s a lot of great films out there that aren’t getting the recognition that they deserve. Thankfully though, it’s great that there’s at least more access to independent films with all of the streaming services out there. You just need to search it out to find them.

What’s the best way for someone to check out your work and provide support?
The films that I’ve shot are on different streaming platforms online like Netflix or Amazon. My website is http://www.wuhawk.com where you can find trailers for features I’ve shot as well as my commercial work. 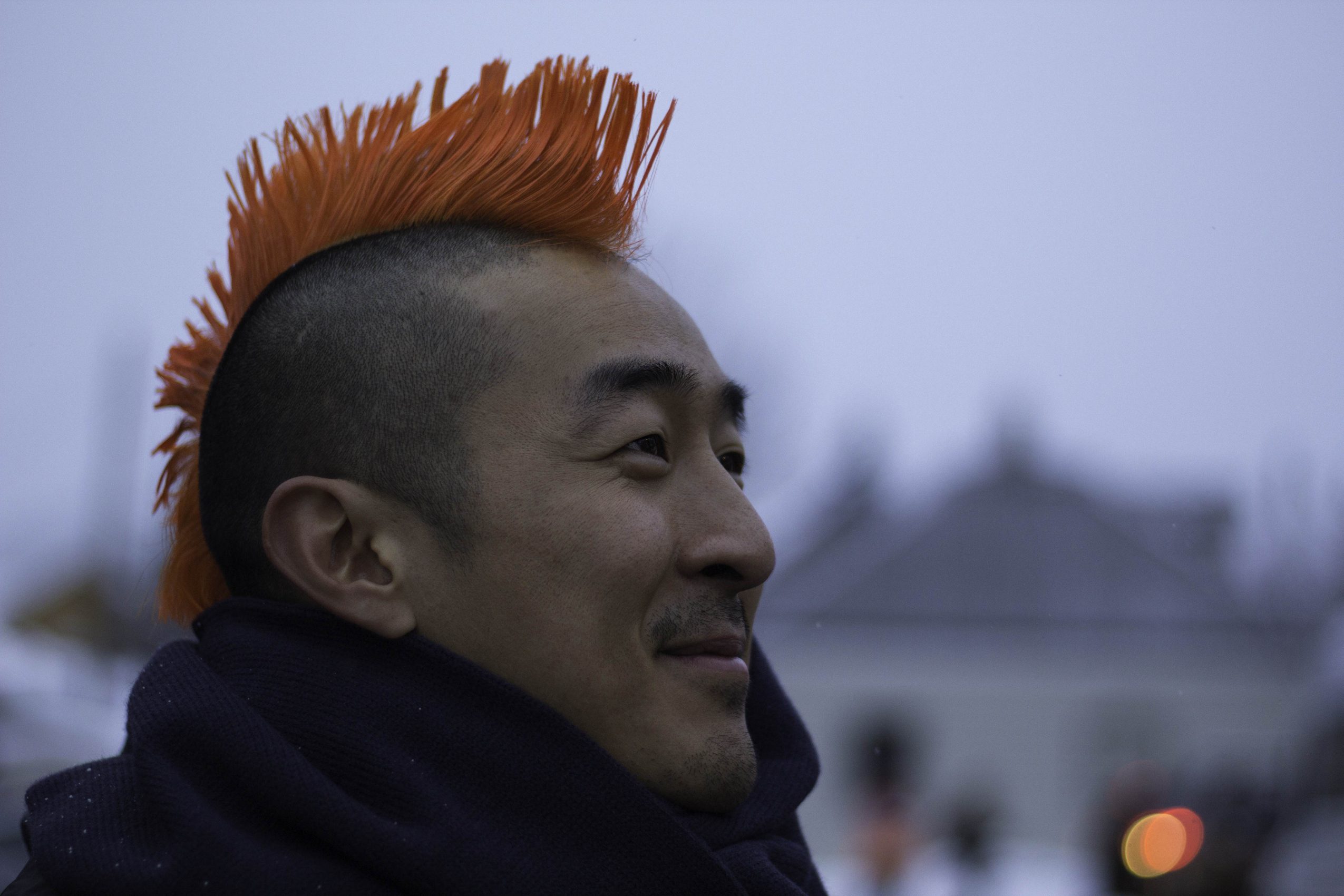 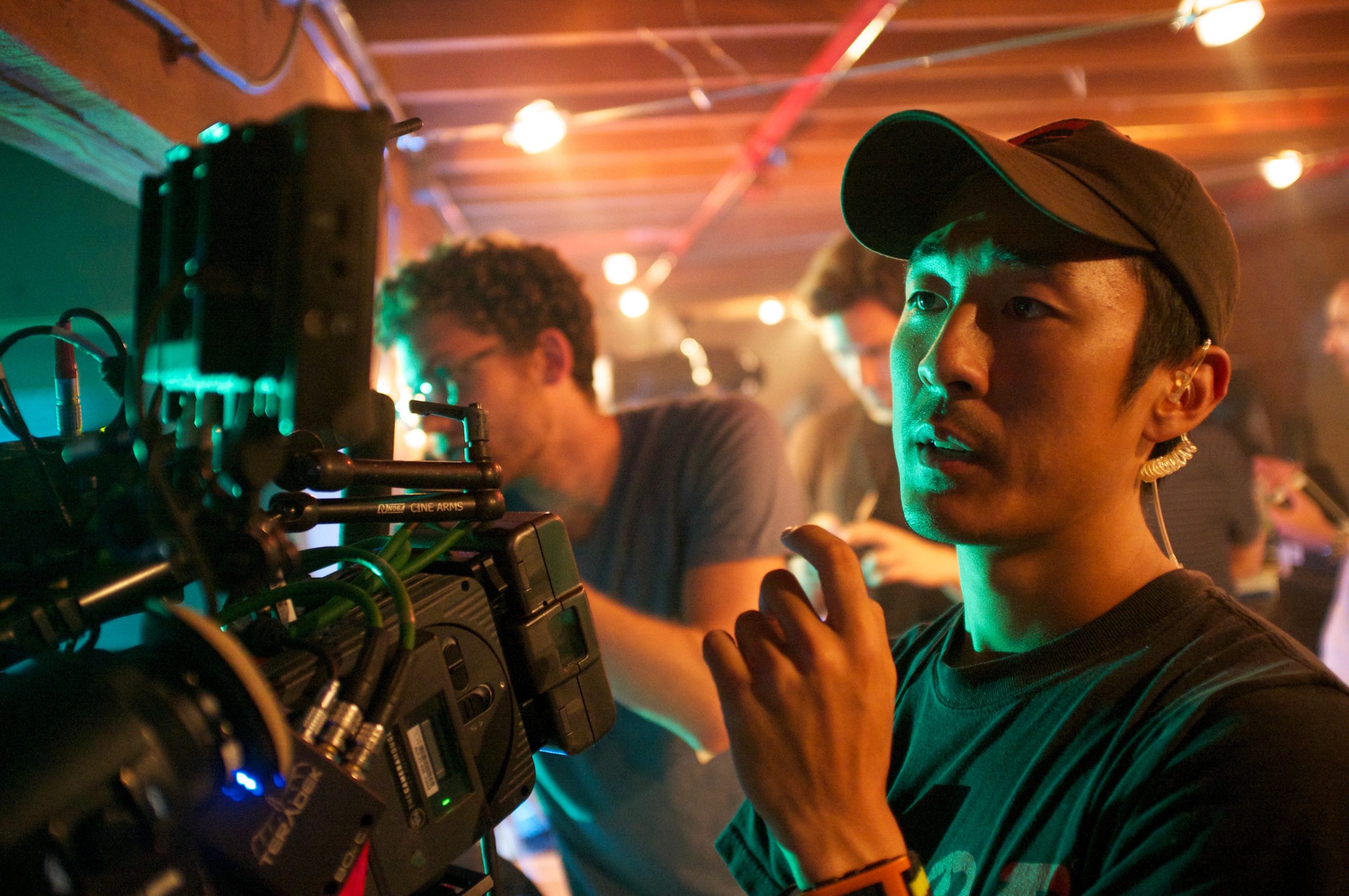 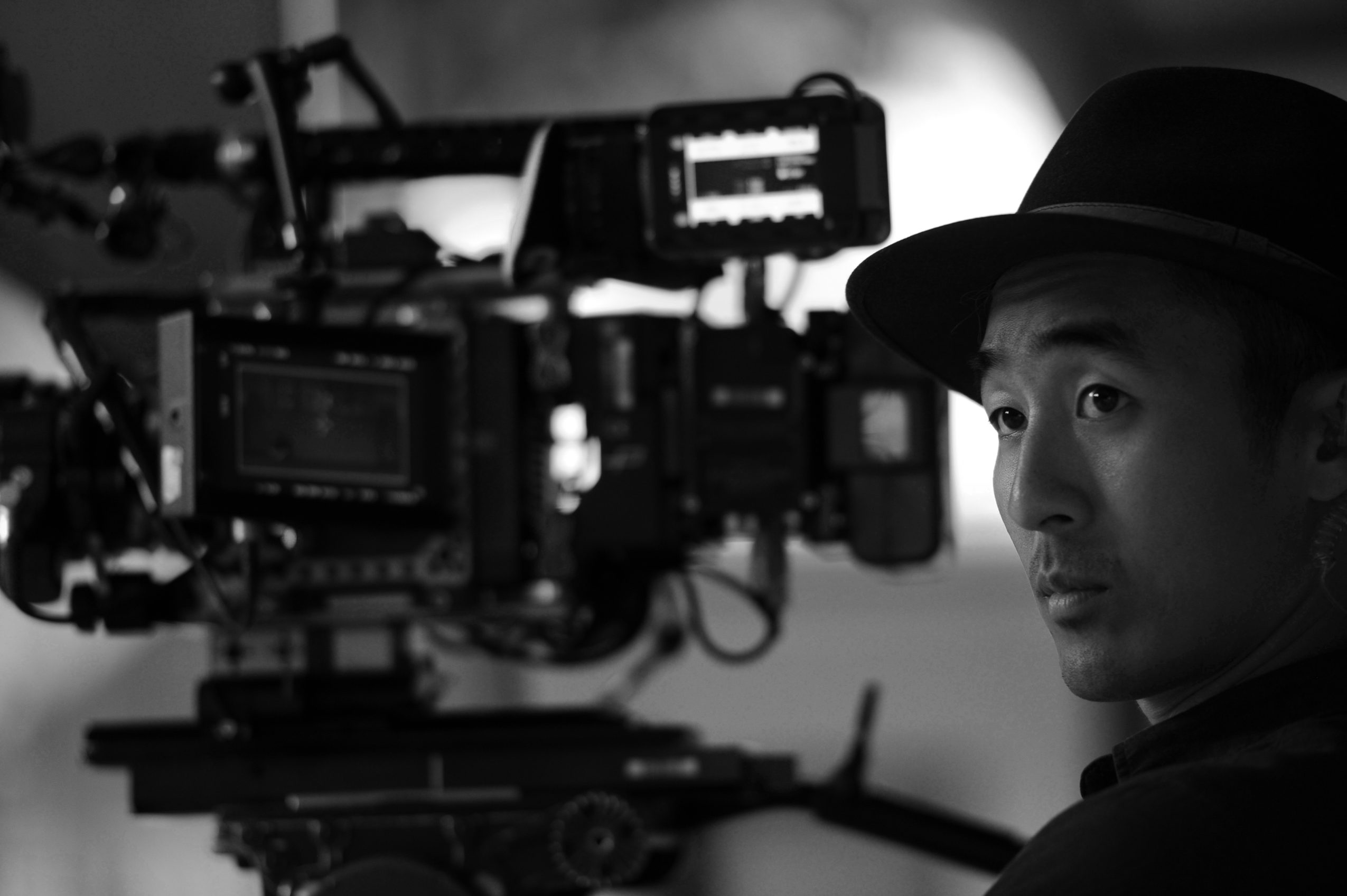 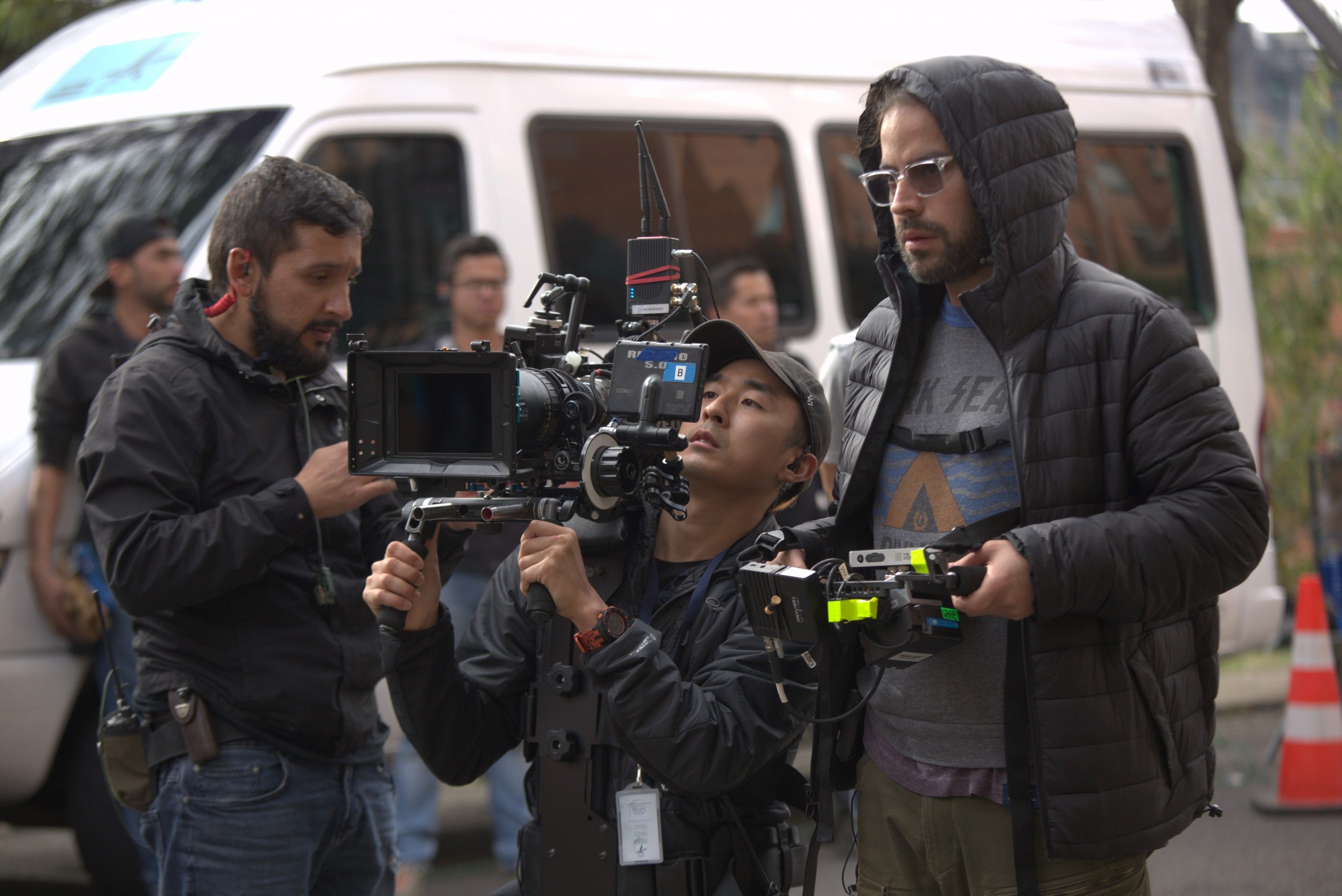 Image Credit:
The BTS photos of my “personal photo” and the photo of me handholding a camera are from Beatrice Aguirre; Photo of me with my mohawk up is Alex Hyner. The green and orange lighting photo is Brody Engelhard