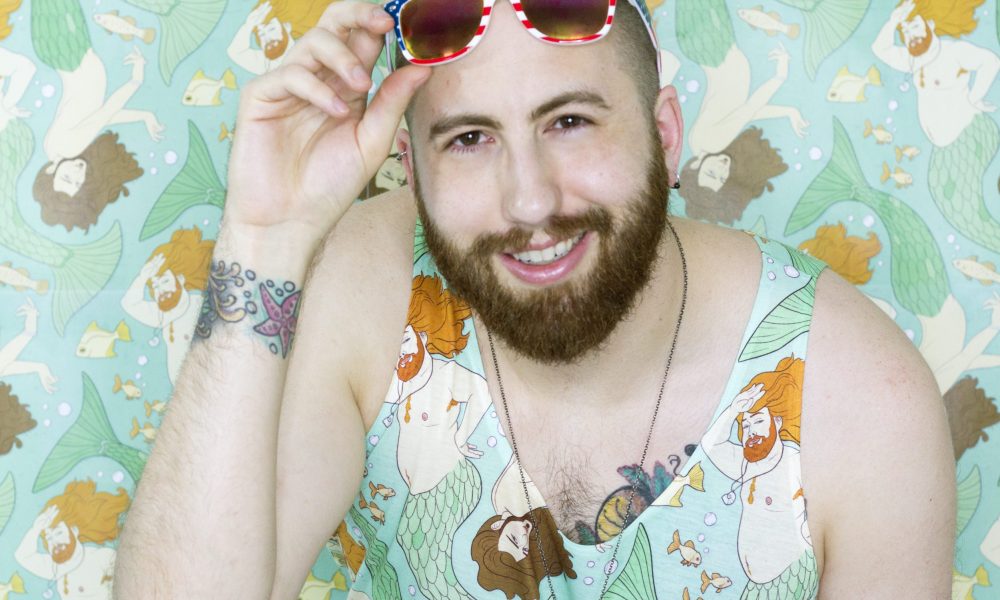 Today we’d like to introduce you to Devin Mireles.

Devin, please kick things off for us by telling us about yourself and your journey so far.
I’ve always been drawn (no pun intended) to illustration, ever since I can remember. When I was a kid growing up in central California, I was timid and incredibly introverted, so at times I only really felt comfortable expressing myself creatively. If I wanted to say something, but I was too shy to talk about it, I’d just use my crayons or colored pencils to draw a picture and show my parents.

I went to art school in San Francisco after high school, and I explored a lot of different mediums and techniques, but I was never able to find a distinct voice in my work. Looking back there was still this immense lack of confidence that I could never shake, and it kept me from reaching my full potential. I was always too scared of letting people into my “world” for fear of rejection.

It was only years after graduating, sitting in a shabby apartment, unemployed, feeling sorry for myself, that I unexpectedly found success. I was freelancing at a commercial production studio off and on, but let’s just say it was much more off, and this particular night the depression was hitting me extra hard.

To cheer myself up, I made a mock flash sheet (a spread of tattoo images like one might see hung up in a tattoo shop) celebrating big, hairy men. Up until then, my trademark shyness extended to my sexuality, and I kept that part of myself completely unspoken. To my surprise, the piece did well on social media, and in particular, a lot of people loved the beer-bellied sailor in the center of the composition.

Motivated by the positive reaction, I tried my hand at making another chubby pin-up – a brunette merman, covered in tattoos, with a flower in his hair and a pot belly. Not wanting to define him by his body shape, I simply called him my “Merdude.” I got less than 100 likes on my original Instagram post sharing him with the world, but someone copied and pasted him to Tumblr, and by the time I found out, that post had gotten to 10,000 notes.

Strangers in New York and Milan started messaging me showing me their Merdude tattoos. My friends sent me screenshots of guys on dating apps using him as their profile photo. I realized that the weird images I see in my brain should be on paper instead of hidden away.

Can you give our readers some background on your art?
Since creating the Merdude, I went wild and made a bunch of other pin-ups showing guys I never see in the mainstream media, many times with fantastical or comical themes. I guess now I’m known for drawing chubby guys, but I hope to build up enough pieces that have something for everybody without fetishizing any one body type or race.

I’m also expanding into pop culture mash-ups and humorous caricatures that speak to an LGBT audience. My “Pig Flamingos” design, that combines a certain blonde puppet with drag queen Divine, got the attention of Divine’s official estate and now I’m hoping to work with them in the upcoming year on a new piece (fingers crossed!).

I get political sometimes, too, but I always try to add in my own little “wink” to the viewer to let them know nothing’s too serious. I want to show my subjects as sexy, joyful, and defiant, and I think political protest in this day and age works perfectly for that, especially for us weirdos and queerdos.

Artists rarely, if ever pursue art for the money. Nonetheless, we all have bills and responsibilities, and many aspiring artists are discouraged from pursuing art due to financial reasons. Any advice or thoughts you’d like to share with prospective artists?
I don’t know everyone’s financial situation, so I’m never one to preach. But I’ll say this: being an artist comes with its fair share of sacrifices; it’s not a “normal” life. A lot of times an artist has to choose their craft over money, and that’s such a hard decision, especially in 2019. If you can’t do that right now, don’t lose respect for yourself.

What’s important in my opinion is to create. Create create create. Even if you’re limited by a lack of time and/or funds, there’s still something you can do fulfill yourself and stretch your consciousness. Get out your sketchbook. Don’t think of success as gaining fame and fortune – rethink “success” as creating works that you’re proud of. Money comes after you’ve worked that part out.

What’s the best way for someone to check out your work and provide support?
My Instagram (instagram.com/devinsdudes) is where I debut all my new illustrations first, so follow me and tell me what you want to see more of! I also have a website (devinsdudes.com) where you can see a gallery of my artwork and support me by purchasing prints, tees, enamel pins, and cards if you so choose.

I’m also doing more in-person tabling at pride events and conventions, which actually has forced me come out of my shell a lot more. I’ll be vending at RuPaul’s DragCon LA this May, and hopefully more events to be confirmed soon. 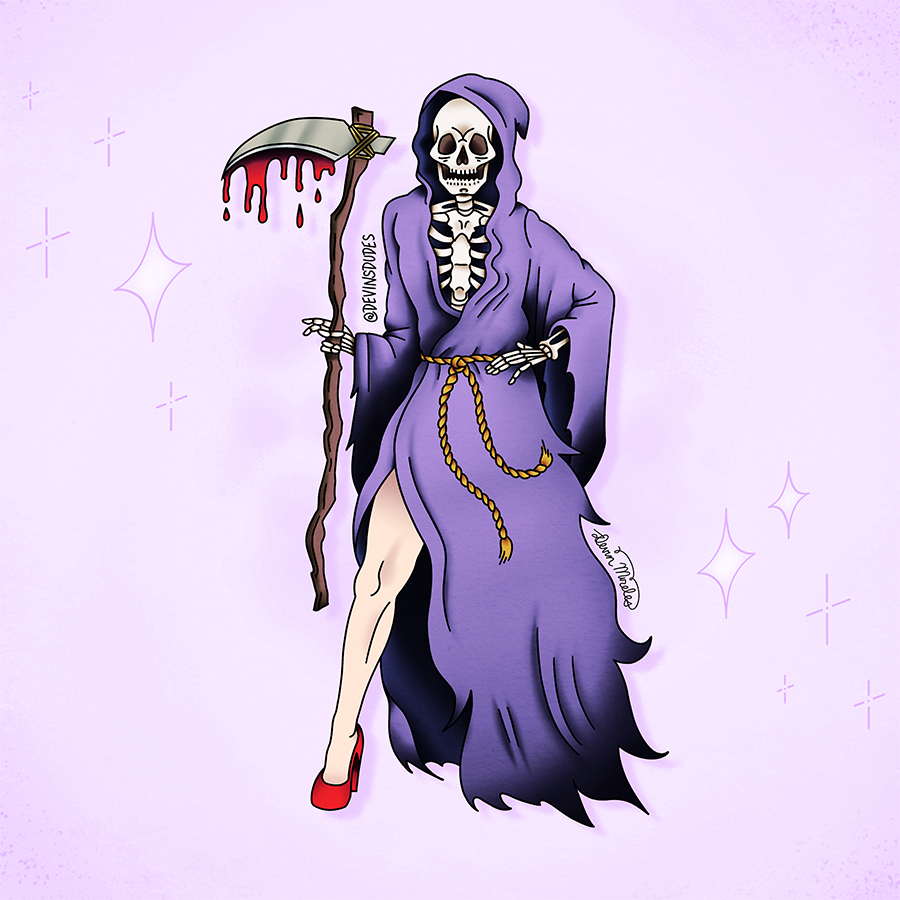 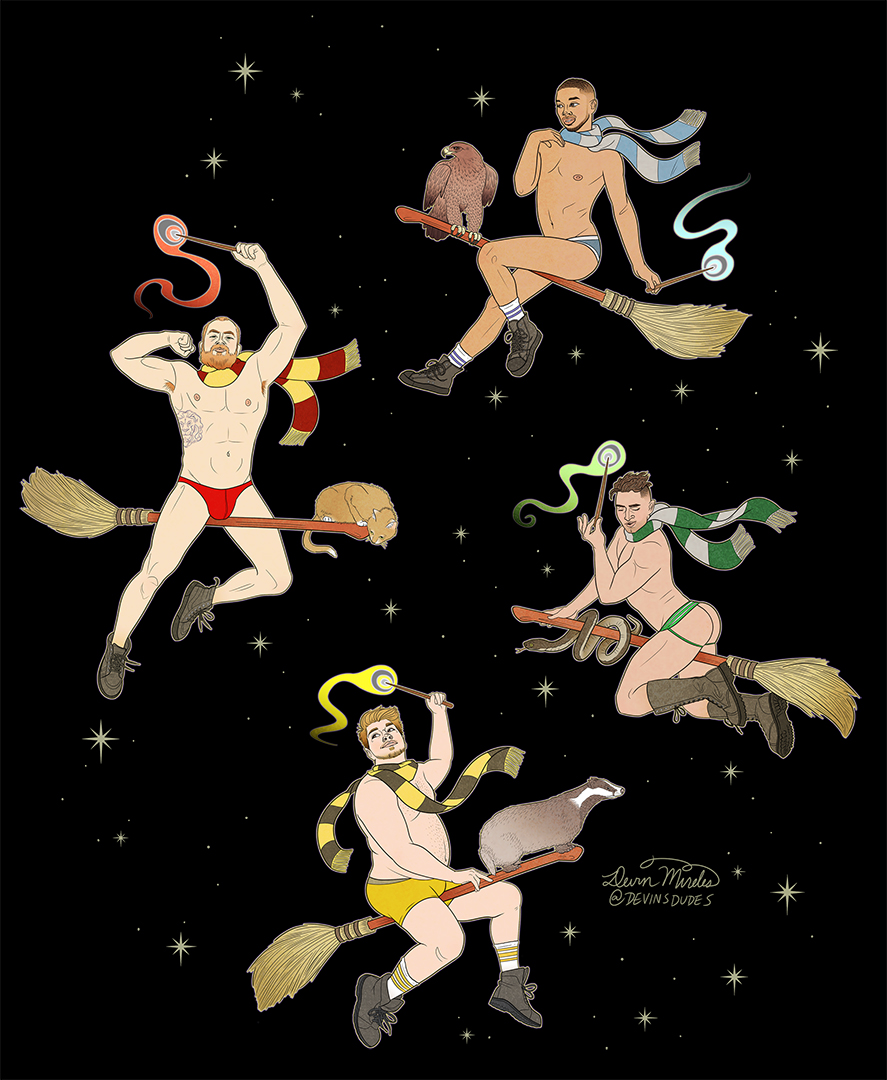 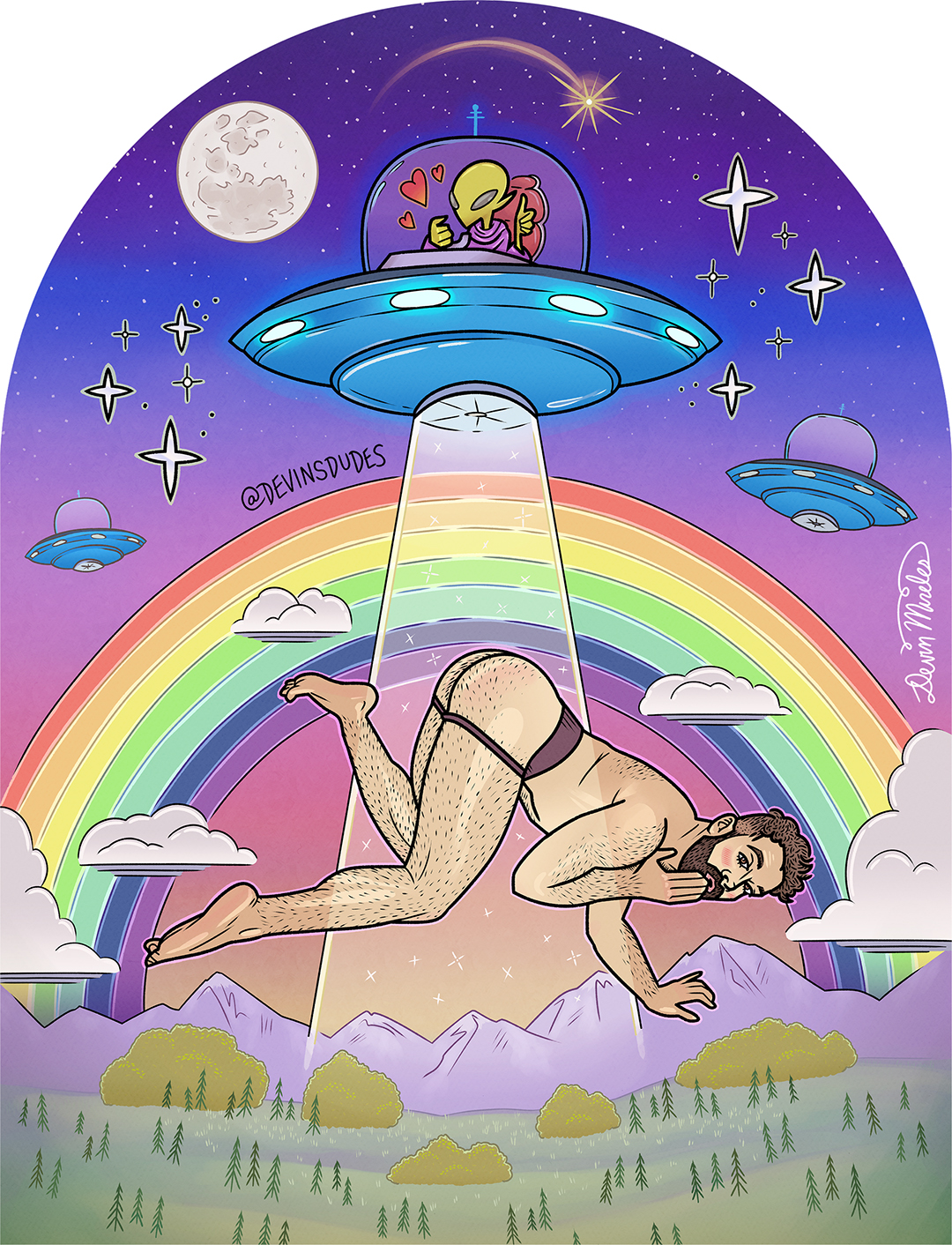 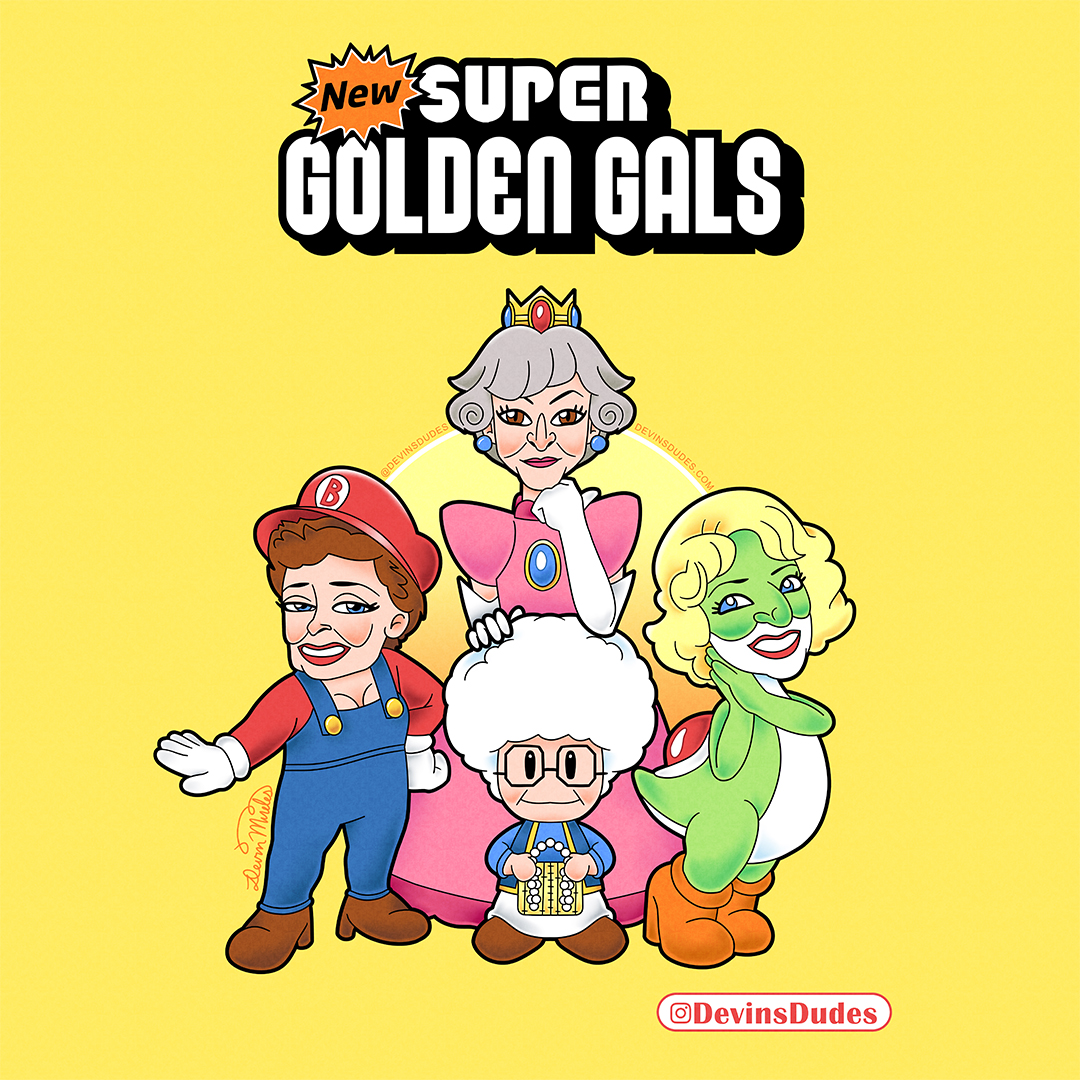 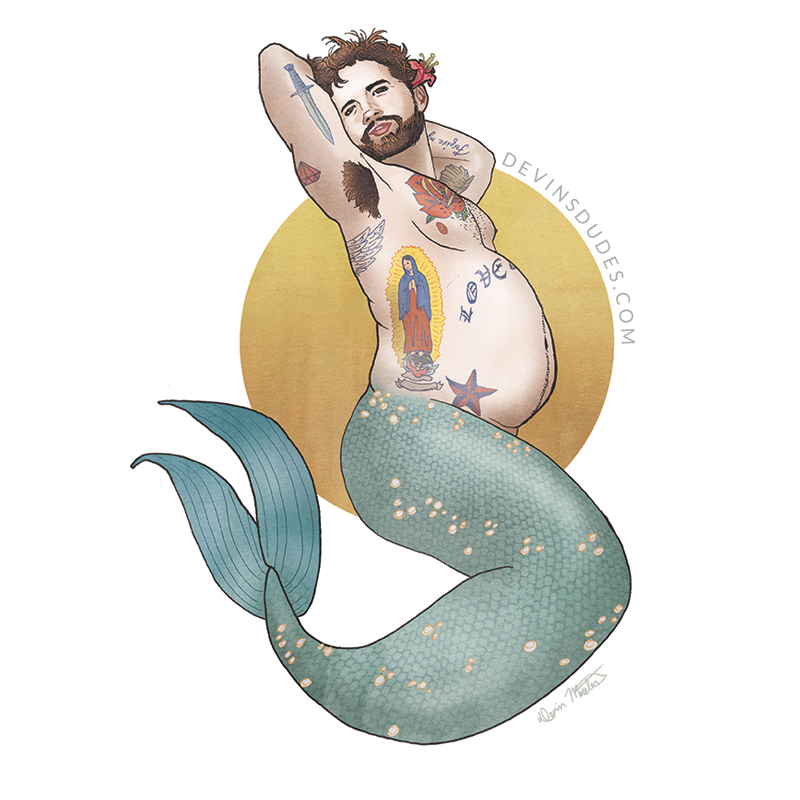 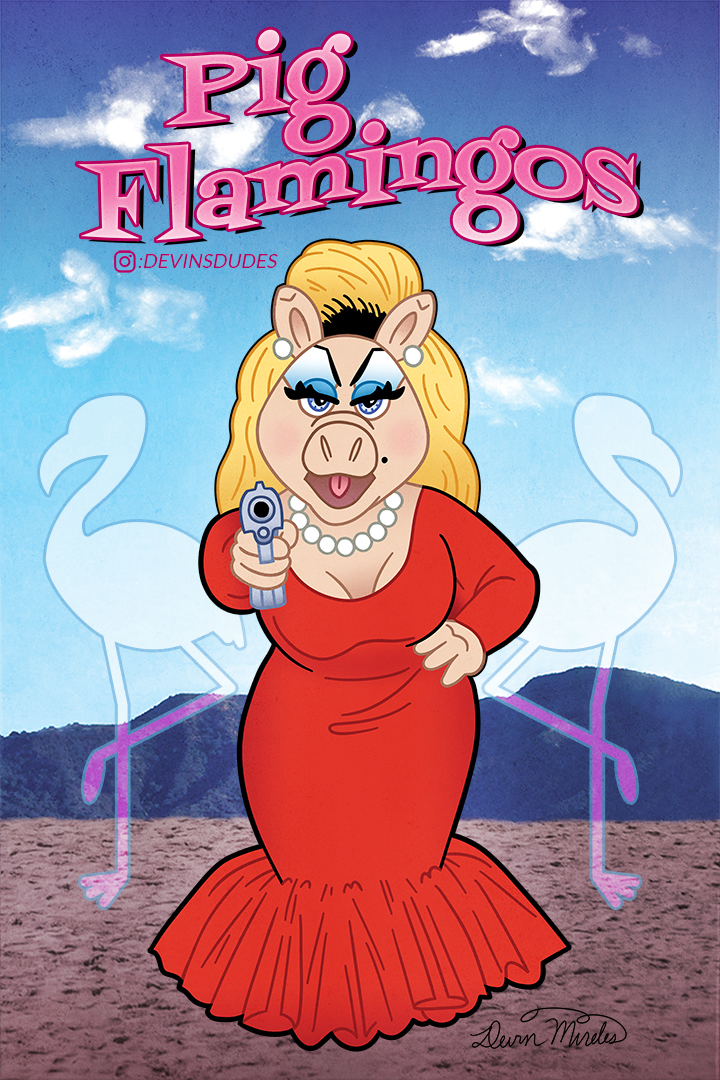