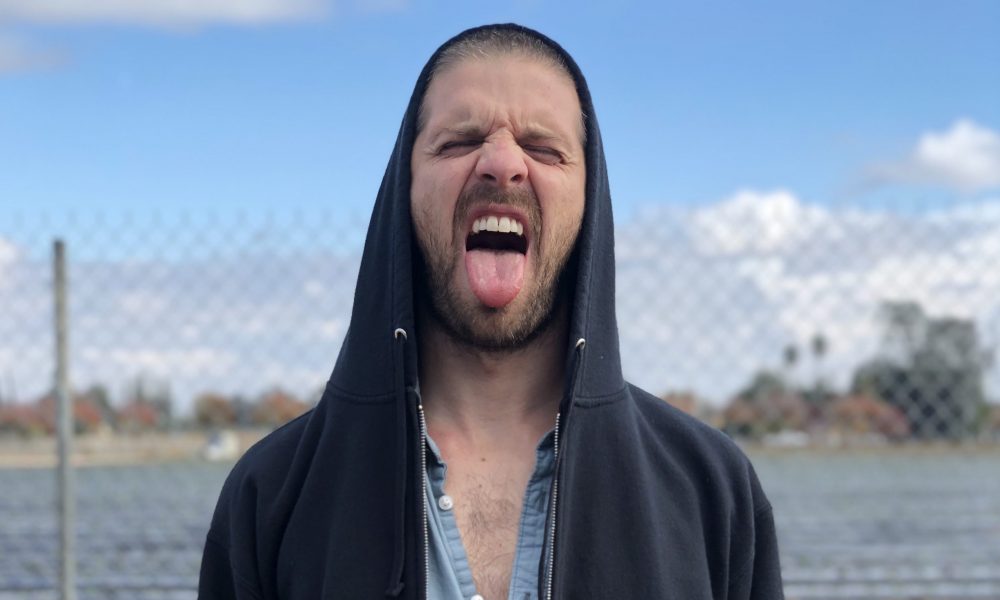 Today we’d like to introduce you to Daniel Brouns.

Daniel, please kick things off for us by telling us about yourself and your journey so far.
I was born in a mid-sized town in California called Turlock, which is about 5 hours north of Los Angeles. It’s not small enough to be endearing. I was raised in a super conservative Christian home where I wasn’t allowed to listen to any secular music. Growing up, I always wanted to learn to play guitar and always asked my parents to get me one, but they never did. I try not to defend my parents because that neglect did hurt, but they were foster parents and we had a lot of kids coming in and out of our house. They had a lot on their plates.

When I was ten years old, my dad brought home this old Tama drum-set so he could practice playing for our church. I thought, “Well, at least I can learn to play these. That would be rad.” At that point, I was listening to a lot of Switchfoot’s younger albums. I was obsessed with the album “Learning to Breath”. I would listen to the drum parts and try to mimic them. This was the start for me. I vividly remember my older brother hearing me try to play a part and he helped me figure it out. After that, I was hooked on drums.

For the next 15 years, all I did was play drums. I bugged and bugged to play on all my church’s music teams. Eventually, they let me in. In high school, I played in various bands, but my main one was a Christian rock band called “Written to Rome”.

I fell in love with a band called “MuteMath”. They were Christian, so I could listen to them, and that’s all I listened to for years. The drummer, Darren King, is incredible. I started to mimic a lot of his playing.

Later on in high school, I started getting pirated, secular music from friends, but then I would always feel guilty for listening to it. I would tell God that I was going to delete it all and not listen anymore. But it was too late; The Killers, Modest Mouse, Damien Rice, David Bazan, and Bloc Party had taken my soul.

When I was 19, I decided to leave my hometown. I was attending my town’s college at that point and I was studying business. I was miserable. I found a school in Sacramento, American River College, that has a really great audio engineering program. I decided that I was going to move there and go to that school. While there, I learned a lot about audio engineering, but when we would record musicians, I always had this jealousy of the people playing instruments in the live room. I wanted to be in their spot. I would sneak into the practice rooms on campus, and play drums whenever I could. Any time I could play drums on a track we were recording, I would. I even joined the Choir group at school, and I took a piano class too.

In January of 2013, 6 months after I had finished school, some friends of mine, who were living in Los Angeles, invited me to come record their music. They were in a band called Floor Plan. I was only supposed to be here for two weeks. They offered to house me and buy my food. Sounded like a rad deal for a recent grad! I ended coming down and we got nothing done in those two weeks. We maybe spent one night at their practice space getting drum sounds. It was impossible because it was all brick and cement. The rest of the time we goofed off and went to Universal Studios and to the Magic Castle. I ended up staying for two months, and we still got very little done. I said, “I’m gonna go back north, get the rest of my stuff, and just move down here.” And that’s what I did.

I got a job at doggie daycare and an internship at Firehouse Recording Studios in Pasadena. Soon I was offered a runner position at the studio. I worked there for a while and then at a voice-over studio for a while. Then I worked at a mastering studio for four years. I still wanted to write music through all that time, but at that time, I didn’t have the courage to finish anything. I was playing drums for Floor Plan, and for another band called Ghost Pavilion. After three years of recording with Floor Plan, we finally released our album, “Fever Dream Symphony”.

In May of 2015, I started going to therapy. Post-college I had a lot more time to think and to be introspective. Being in school most your life, you’re guided and told what to do, but now I was at a point in my life where I had to make decisions for myself. I realized I was depressed. It built up to the point where I was having suicidal thoughts. That’s why I started therapy. I found out that I had a lot of anger that I never dealt with because of how I was raised. Instead of expressing that anger on a healthy manner, I turned it towards myself, which is essentially what depression is. Being a Christian in modern-day America taught me that it wasn’t okay to be mad or sad; emotions that I believe are just as important as happiness. I started to learn that it was okay to express anger and sadness. And not to use them as a means to an end, but to be fully present in them.

On October 24th, 2015 my mom died from Leukemia. That changed my life forever. It changed my perspective on so many things. In the process of trying to make sense of my mother’s death, I let go of Christianity. I began to realize that we are animals and that we experience the circle of life very similarly to every other creature. All things that live must die; I live so I must die.

In therapy, I finally realized what I wanted to do in life, and that is to make music that starts conversations. Music that lets others know that it’s okay to talk about stuff that isn’t normally talked about in American culture. Things like death, and the desire to have sex. So I started to do that, to put my raw thoughts over music. I’ve never been much of a poet. It felt really cathartic to just sing what was on my mind.

I immediately started writing songs about my mom’s death and the aftermath. The three songs on the EP, “Boy’s Normal”, are about that. That EP was released on Anxiety Blanket Records earlier this year (2019). Those songs were produced by my friend Kenny Becker of GOON and my friend Evan Chambers. Both of them are really great songwriters.

Currently, I am working on a new album with Kenny which will be a full length. It’s been put on hold since I came up to be a caregiver for my Grammie who was on hospice. That was a very intense experience. To be a caregiver. To walk with someone to the point of death is such an honor, but also very overwhelming and sad. She was my mother’s mother, so I felt like I owed that to my mom.

Can you give our readers some background on your music?
I try to make music that is very raw. My favorite thing is to talk with people after shows and hear their stories and how they relate to what I sung about. I want to inspire people to have conversations that are open and honest.

I record to a four track tape machine a lot. I love the “warbly”, lo-fi vibe that it inherently has. I like to make the lyrics the focal point, so I end up using very little instrumentation. I like to keep a lot of the auxiliary sounds that happen in the studio, like chair squeaks, footsteps, breathing, and things like that, in the recordings. I feel like it lets the listener know that humans are making the music.

In your view, what is the biggest issue artists have to deal with?
I’m fairly new to making my own music and new to being seen as a musician in my friend group. So, I’m not sure what the biggest challenge is overall. I try to only speak from my own experience. Personally, my biggest challenge is fear. A lot of times, I find myself wanting to sound like someone else. I get obsessed with a musician and when my music isn’t sounding like theirs, I start to think mine is not good. I become afraid that people won’t like what I’m putting out and that it won’t be relevant, so I get stuck at the drawing board. But I have to remind myself that my music doesn’t have to sound like someone else’s, and in fact, the goal is to make something different; something that pushes the boundary. But it’s also okay to sound like someone else too. I suppose there are no rules in art, at least I hope there aren’t.

What’s the best way for someone to check out your work and provide support?
“Boy’s Normal” is the only music I’ve released so far and it’s available on all streaming platforms like Spotify, Apple Music, Tidal, Google, etc. If people want to purchase my music, it’s available on iTunes and Bandcamp. I also have cassette tapes for sale on Bandcamp.

Come to shows! That’s definitely the biggest way people can support financially. Even if the show is free, bands usually have merch for sale and that goes a long way! 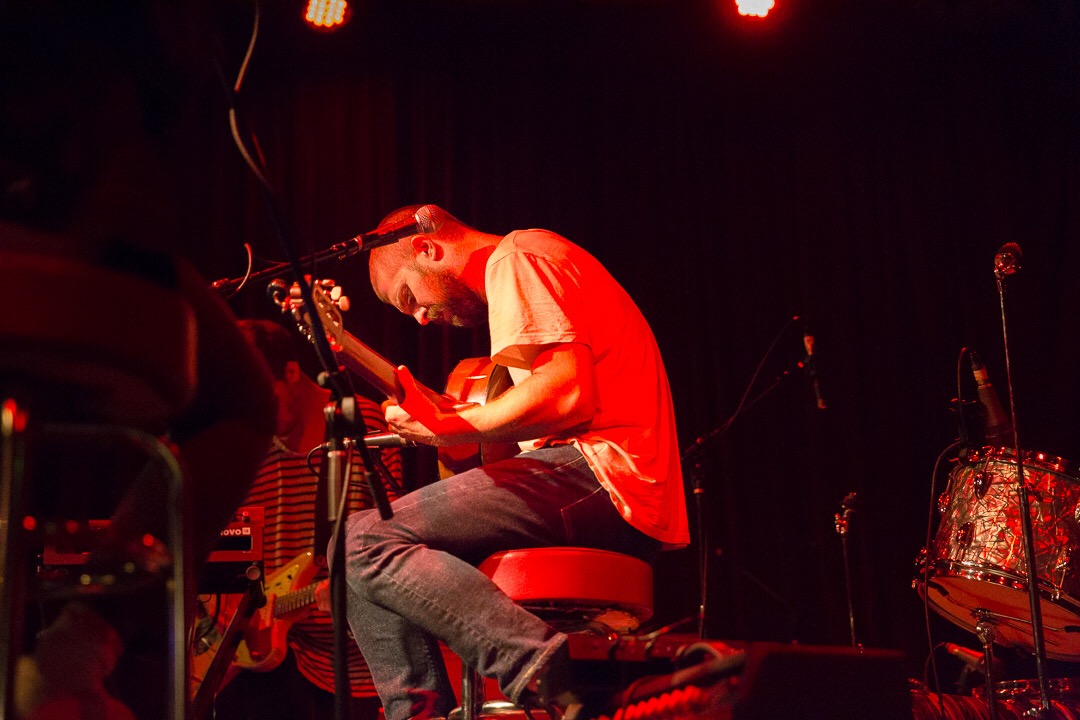 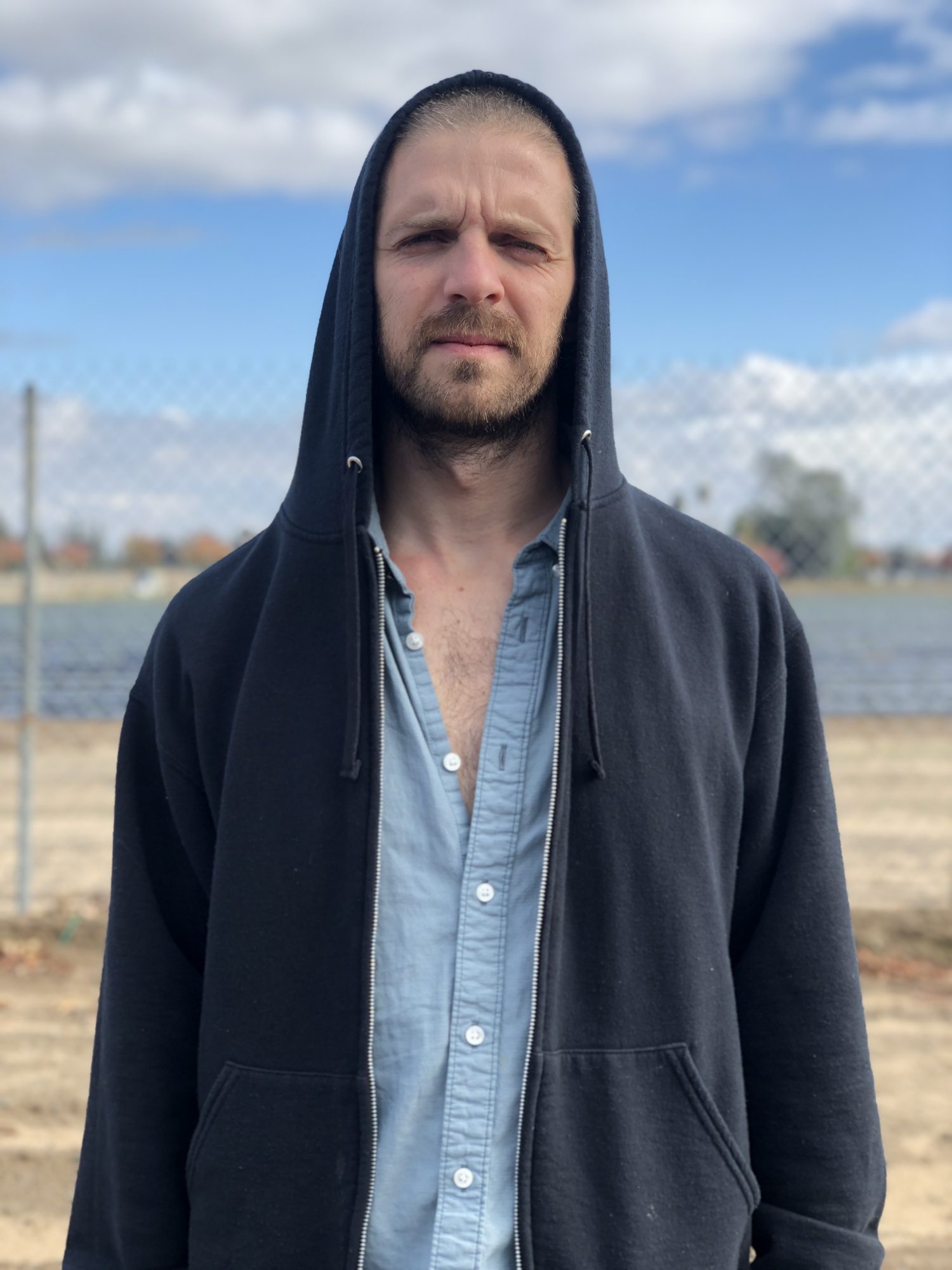 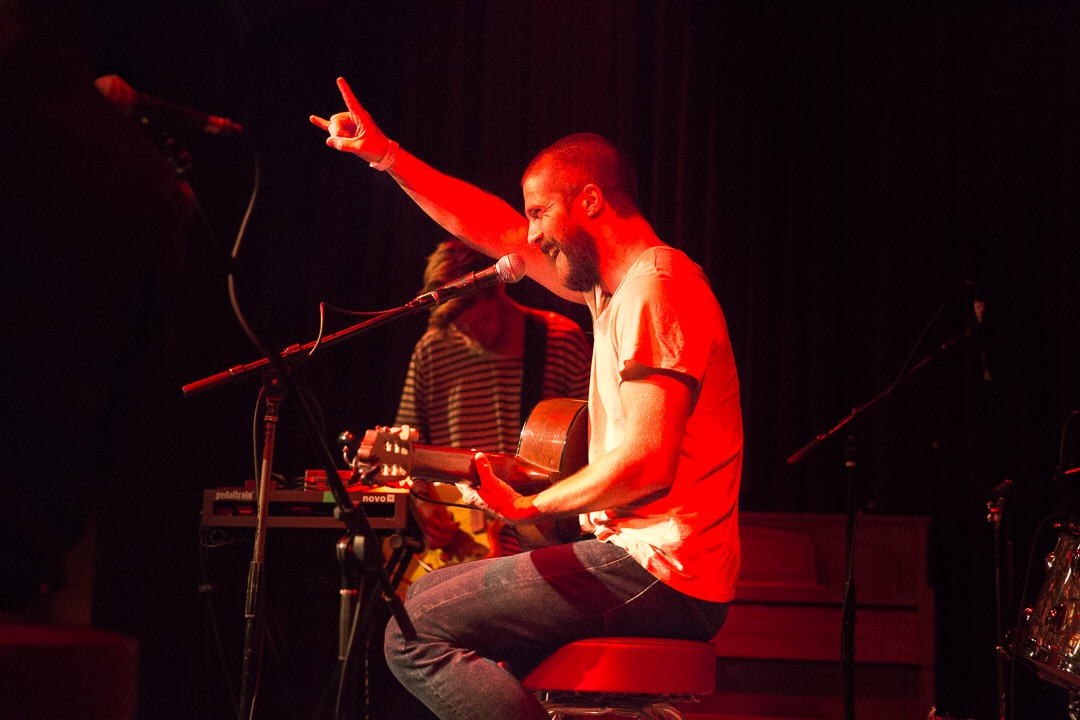 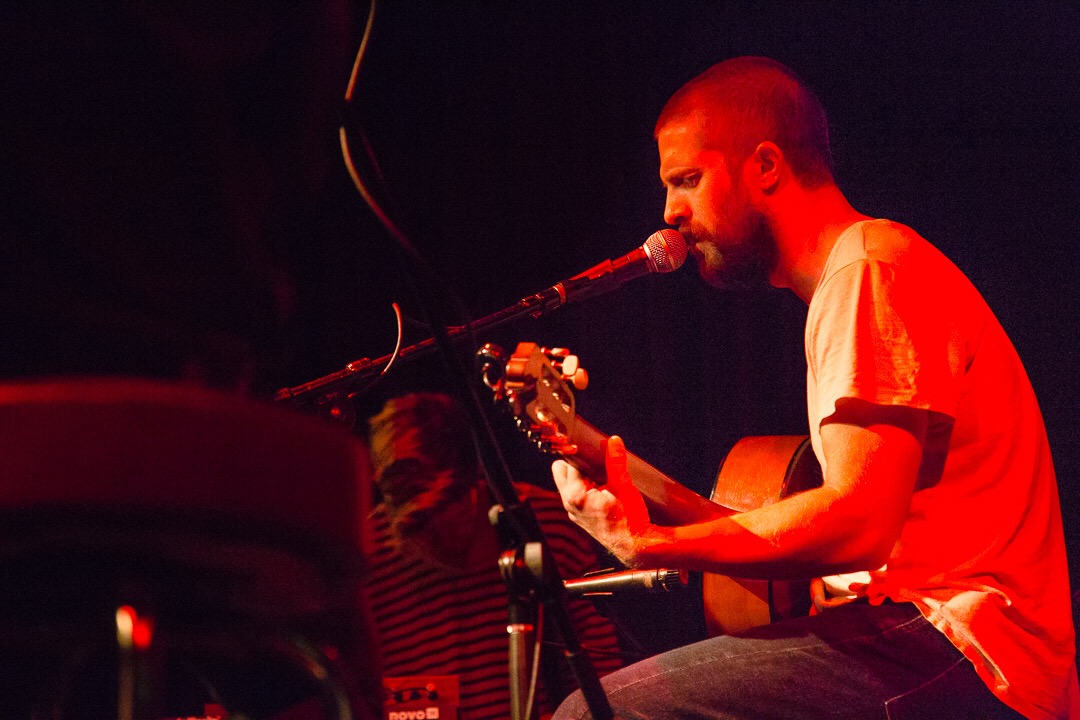 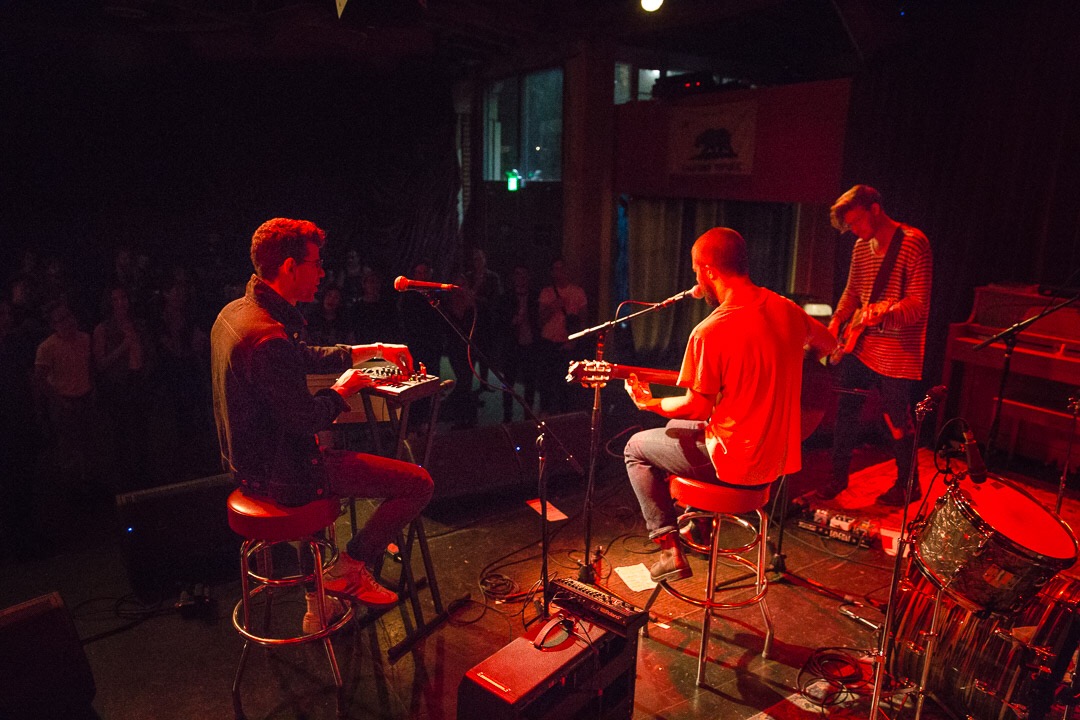 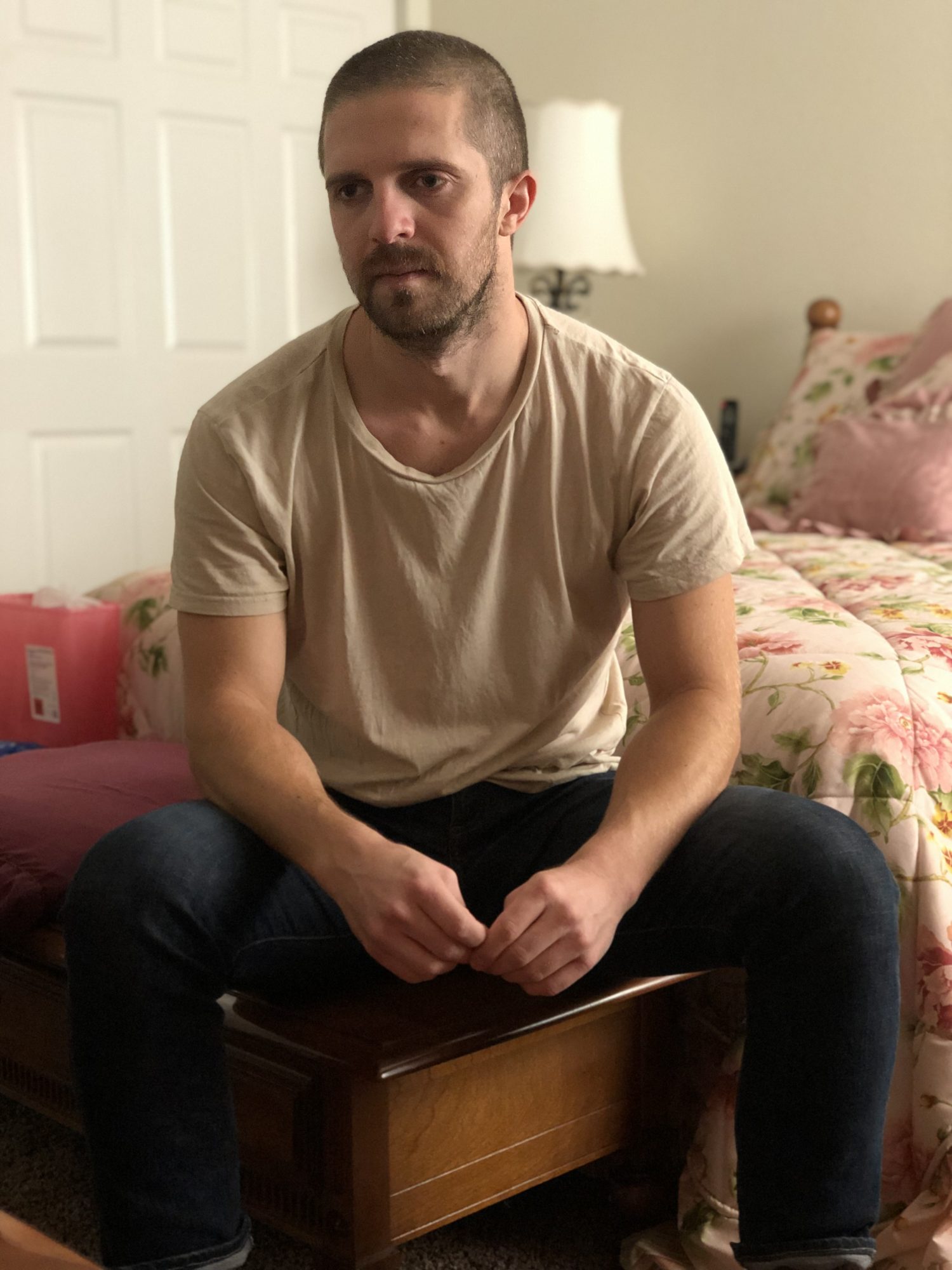