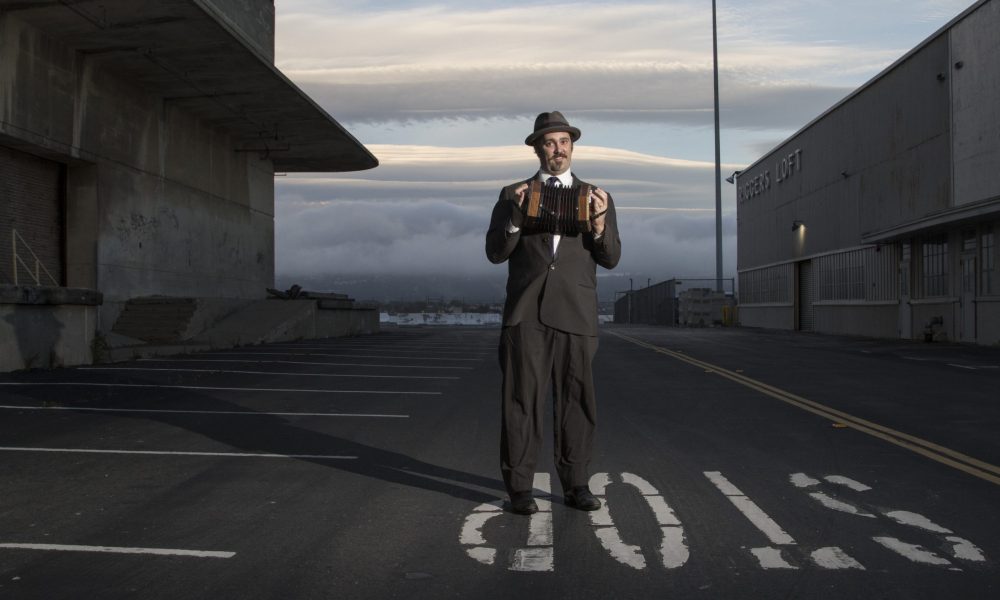 Today we’d like to introduce you to Dan Cantrell.

Dan, please kick things off for us by telling us about yourself and your journey so far.
I grew up in San Diego and was always interested in music. While studying the piano, I had less interest in reading music, so I began composing music to avoid my “serious work”. I never really took to the formal aspects of classical music or jazz for that matter, but I always flourished inside music and the study of music. It was hard to find good music classes in San Diego at that time, so when I met other students going to Idyllwild School Of Music And The Arts, I tried my hardest to get in and was successful. It was an amazing place for self discovery, musical training, and education. I loved composing and playing music, studying Jazz, collaborating with dancers and theatre productions, and playing in a rock band occasionally when I was off-campus.

I studied percussion with a CalArts graduate at ISOMATA (Idyllwild School Of Music And The Arts), who suggested that I check out CalArts for my undergrad, and when I checked it out, I was completely drawn in. Around the same time, I picked up an accordion from a thrift store in Hemet, CA and began to teach myself to play. I first played the accordion upside down and backwards because I thought the left hand side was so hard.

Going to CalArts was terrific. I became a performer/composer major and thrived. My piano teacher could tell that I was less on the classical track. Brian Pezonne was and is an amazing improviser, and some of my most inspiring moments studying with him were spent exploring improvisation and the amazing, endless streams of music from the imagination. I also became heavily involved with Balkan music at CalArts with a musical cohort Ryan Francesconi. He and I began the band The Toids together, and we performed and developed original music inspired by traditions from the Balkans. I collaborated heavily with film makers, animators, dancers and in the theatre at CalArts. My favorite was working with the animators. I also loved studying and performing Balinese music. I met many amazing friends that later became coworkers and collaborators.

After graduating from CalArts, my first summer attending “Balkan Camp”, a music and dance intensive up in the Mendocino woodlands, I decided to move to the Bay Area because people were performing Balkan music there and were able to make a living at it. I worked as a courier for an animation company Wild Brain and quickly got involved in making music for them. I played in lots of great bands, including Peoples Bizarre, the Toids, and Brass Menazerie. I wound up playing on a Tom Waits’ recording. That was an amazing experience. It was like magic when a room full of performers given one or two cues from Tom suddenly sounded like a Tom Waits track. He probably is a magician, and is definitely a very nice guy either way.

I loved working in film and television in the bay area. I wound up doing lots of documentary soundtracks and lots of work for the animators at Wild Brain, and other friends. I was awarded an Emmy for working on a KQED documentary.

Over the years, I taught myself the accordion to a degree of some mastery. I mostly learned everything by myself, but then had some pivotal lessons with Romany masters when they came through on tour from the Balkans. My work on accordion led to lots of fun opportunities for collaboration and creation. There weren’t as many accordion players in the Bay Area with my skillset so I did a lot of fun touring and recording. I wound up playing a lot of music for Danny Elfman in L.A. over the years. When I first met Danny, I was helping his assistant wash his dog. I like to think that we have become friends over the years through me performing at his events, even though we haven’t had a lot of face time.

Working on the Marvelous Misadventures of Flapjack for the Cartoon Network was a phenomenal experience. That was one of those jobs where you can’t believe you get paid to do what your doing. It was literally the funnest job I ever had, and probably the most rewarding as well, a true win-win. Thurop Van Orman is hilarious. The production was gross, amazing, sick, and beautiful. Thurop and I met when I composed music for his senior film project at CalArts. Because I did his senior project on a 4 track, playing accordion and silver flute, I was surprised he called me for the Flapjack project, but I think I did a great job on that show. Most of the shows on those networks are not very fully orchestrated. I put together a wacky and diverse soundtrack every week that featured a kind of ad hoc pirate orchestra with as many acoustic instruments as I possibly could squeeze into the timeline. It’s my style to work with acoustic instruments. I love the grittiness, and the imperfection of them more than any sample. It is perhaps a point of pride and weakness that I love keeping it real and acoustic when scoring. It’s important to me, though, to work with real instruments, the way I suppose a scultor or painter might want to choose their clay or their brushes based on their style.

Lately, I have also been developing music and performing music for the musical saw. It’s such a beautiful and haunting instrument. It’s something you just have to hear. My new saw album is almost out the door. It is a dark work of awe and inspiring beauty. The recordings feature the musical saw and use very little other instrumentation.

These days I am trying to get a few too many things done. I am working as music director on a musical fictional narrative podcast, working on about five albums at once, playing in a great Klezmer band, an awesome Balkan Brass Band, and with various projects that usually involve Middle Eastern and Balkan music. I do freelance composing for film and television when I can get the work. I aspire to keep writing and stay creative. My wife Elizabeth Strong-Cantrell and I teach musicality for dancers intensives, and I collaborate with lots of fun and creative dance projects.

My favorite work to do involves bringing different art forms together to co-creatively give life to something that is more beautiful and inspiring than we could create alone. I am always thankful and inspired by the pairing of music with other visual artistic elements.

Can you give our readers some background on your art?
I create soundtracks for films and different media content. When I do this work, I really try to bring a sense of originality. To give it my own twist. If I can create a score with all acoustic instruments, I always do. That’s important to me, that the quality of the score is organic, the musicians I work with are of a certain caliber, and this gives the music a depth that is beyond sample based composition. Even if I am working on something that clearly needs to be similar to something else, I really try to make it unique and give it my own signature.

I compose music for the ensembles that I play in. It is usually music that has an element of folk tradition or grounding in a historical period. For example, for a project funded by a Gerbode grant, I brought together a Balkan Women’s choir, a folk music ensemble, modern dance, shadow puppetry, and fire arts to perform an original opera based on Carl Sandberg’s Rootabaga Stories (American fairy tales from the turn of the 20th century). Also, I brought American gospel songs to life in a setting for Klezmer band, and Oakland’s Interfaith Gospel choir. I am very inspired by the traditions from the Balkans, the Roma, and old American music and Jazz.

Also, very important to me is eclectic instrumentation. Some of my favorite pairings on my latest album were English horn and Theremin on a Satie-esque piano dirge. Another interesting instrument and stylistic pairing was a boogie woogie piano piece with Balinese Gamelan. I like my music to be quirky, but elegant. Sincere but complex. I am excited for the world to hear my latest album that is all musical saws with some accompaniment.

I suppose the Why of the whole thing is because there is so much beauty in the crucible that pairs old and new, distant and far, unlikely and humble. I hope to share that beauty with as many people as I can. That always inspires me the most.

There is also an energy that feels crucial, a life energy, when you become a conduit for something greater. I have tapped into that a few times, and it is an awe inspiring thing. Writing the song “Whisper Hungarian in my Ear” was that for me. I claim it as mine, but it felt like something writing itself through me. I can only claim so much credit for it, and I enjoy playing it every time I do because of that.

Artists rarely, if ever pursue art for the money. Nonetheless, we all have bills and responsibilities and many aspiring artists are discouraged from pursuing art due to financial reasons. Any advice or thoughts you’d like to share with prospective artists?
Well, I always think you have to follow your heart and do what you believe in. It sounds silly, but I figure you will always win out being authentically you instead of trying to chase after what is hot this particular moment in time. I think it is wise to have your own artistic property. If you can find a way to maintain that, it can work for you much longer than if you only go gig to gig. I think a good network of friends is always better and can lead to opportunities quicker than trying to close off and be protective and overly selective. Being open and engaged with others really helps. Following your own compass. That is important. There is only one you. Not that you should monetize yourself, but find ways to make your unique gifts magnetize success towards you.

What’s the best way for someone to check out your work and provide support?
My website has lots of links to all the obligatory things composers have to have these days. http://bellowhead.com
Band camp. https://dancantrell.bandcamp.com
Sound cloud. https://soundcloud.com/danistan
YouTube https://www.youtube.com/watch?v=PtXRAKd4Xb4&list=PL5hNxuZcSm6VoIb0GSGpePirbpl8T_8u6 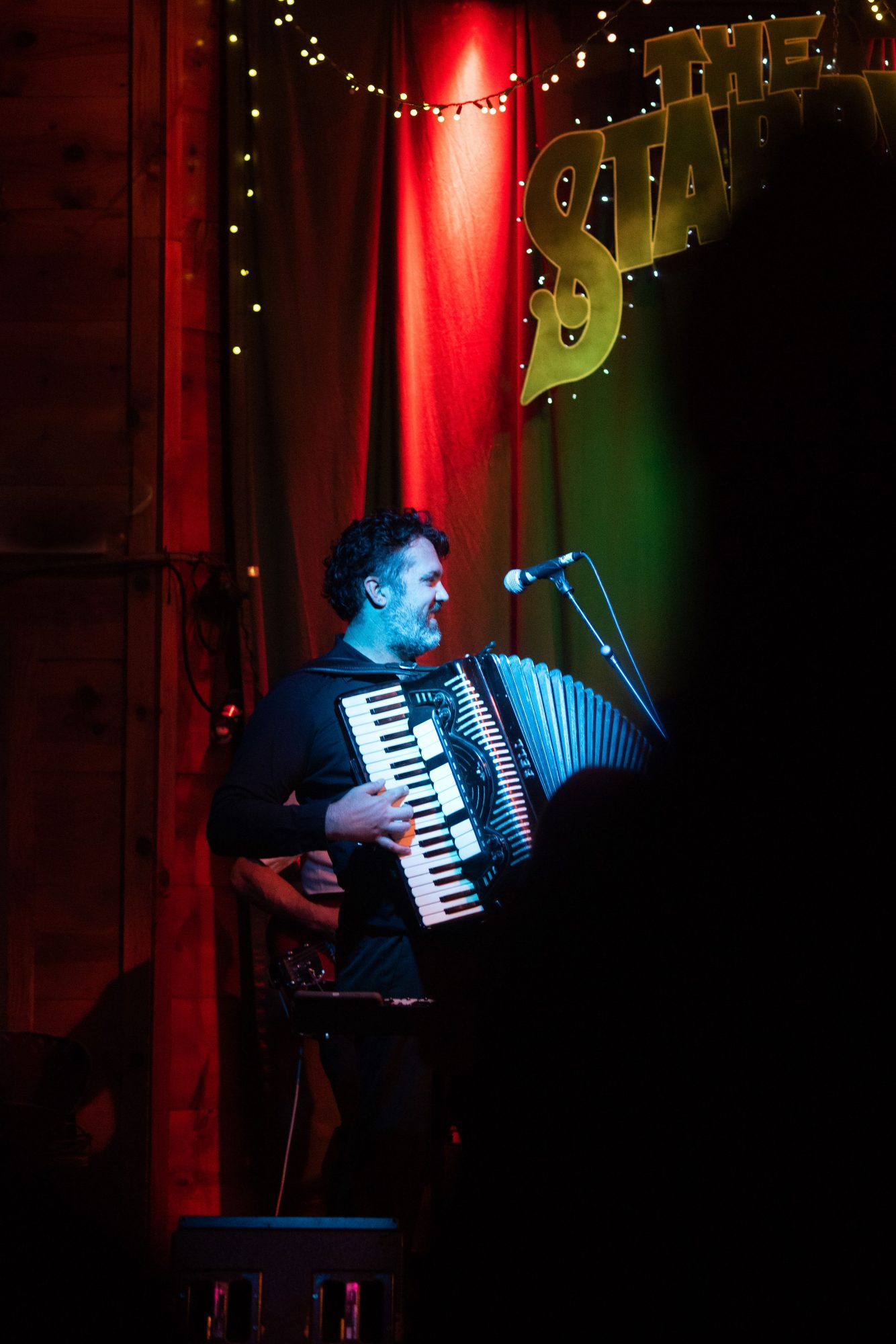 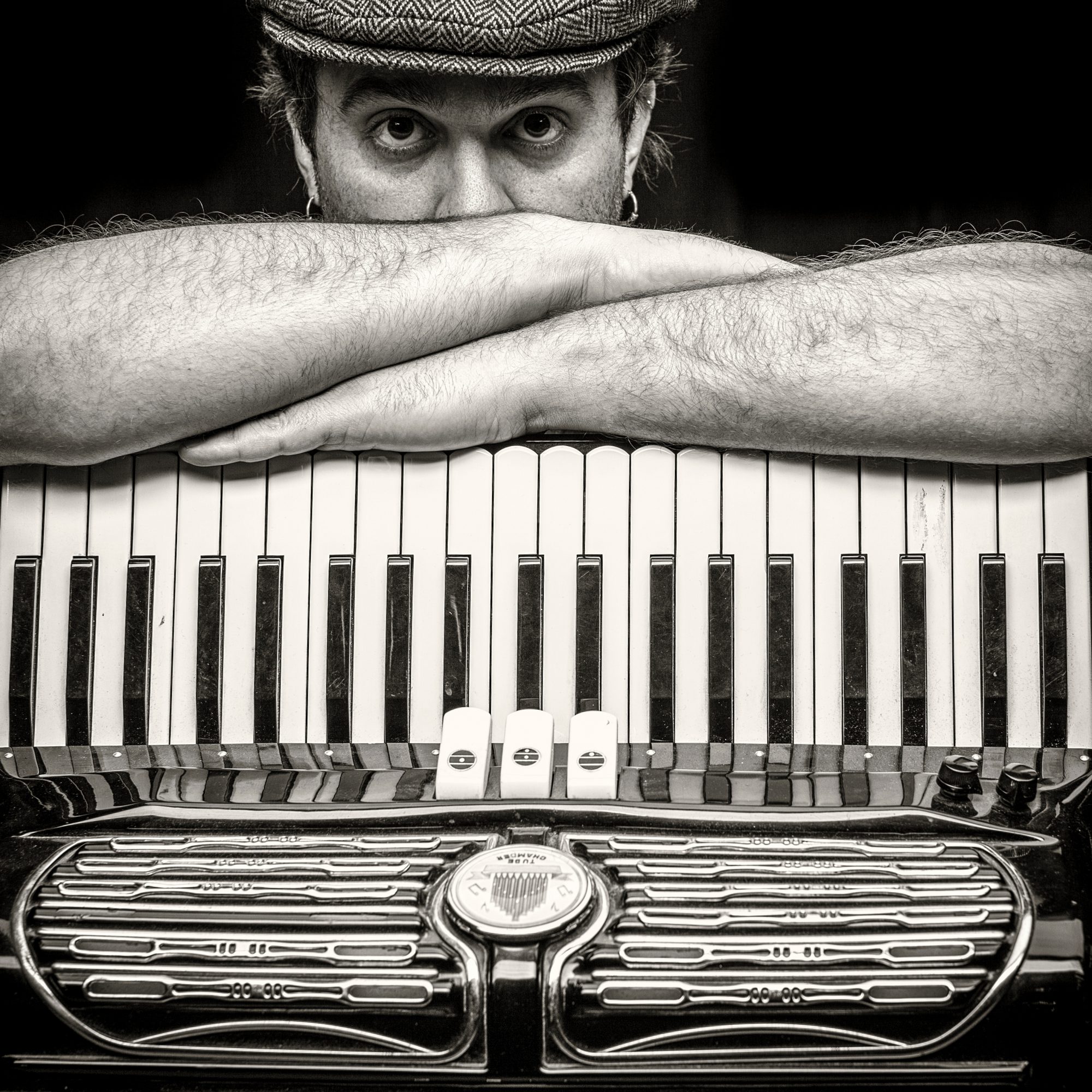 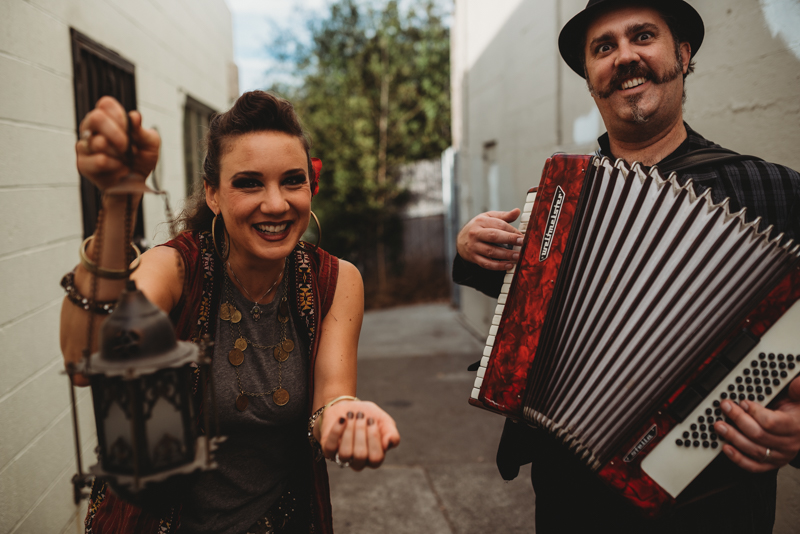 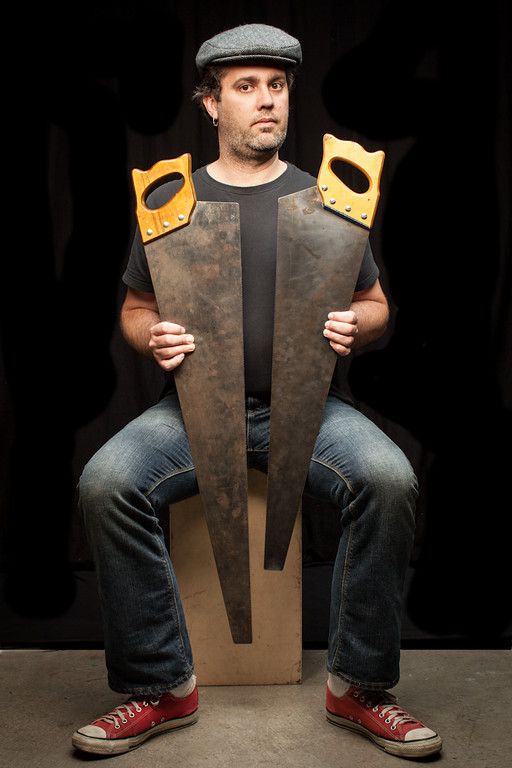 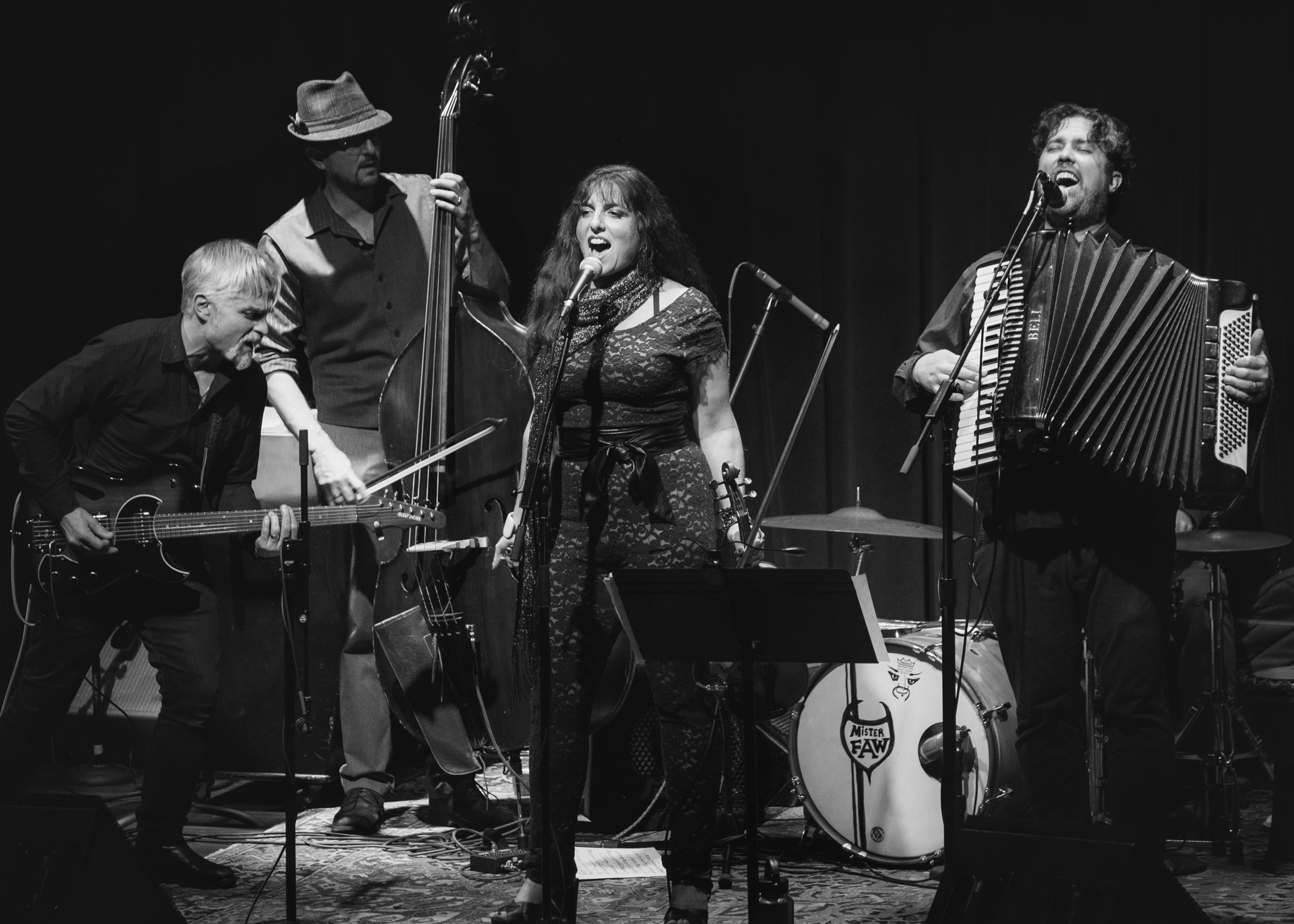 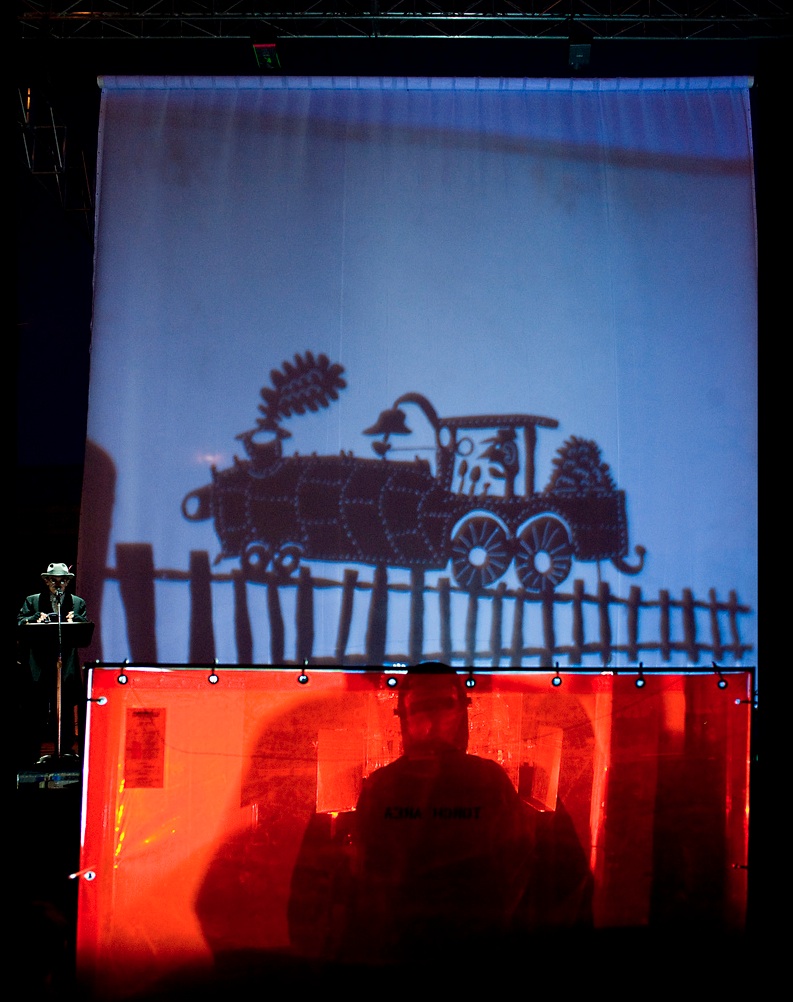 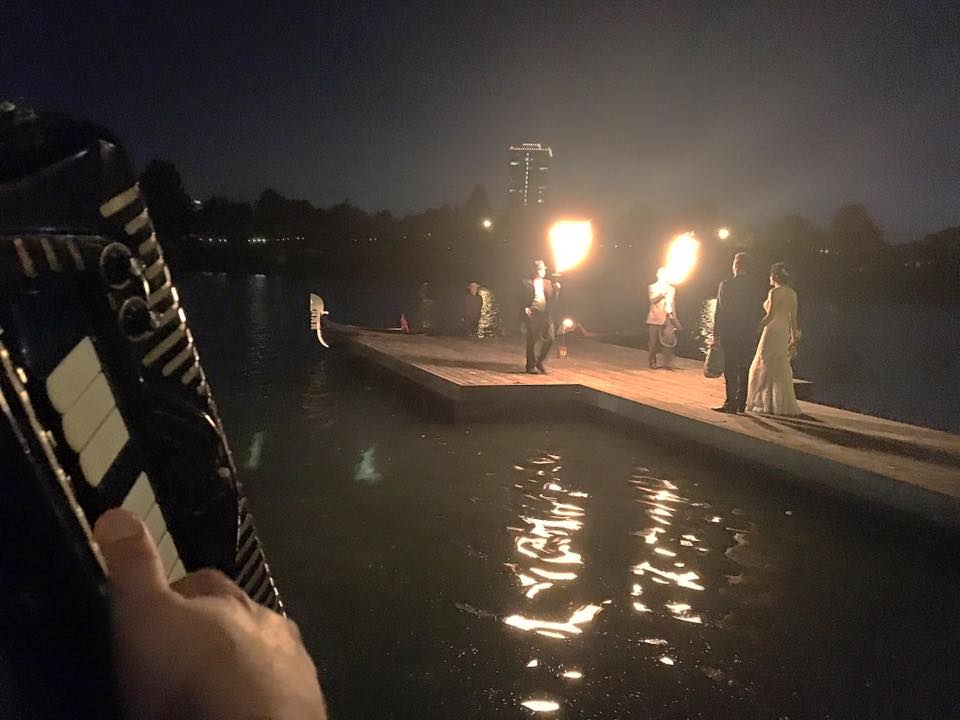 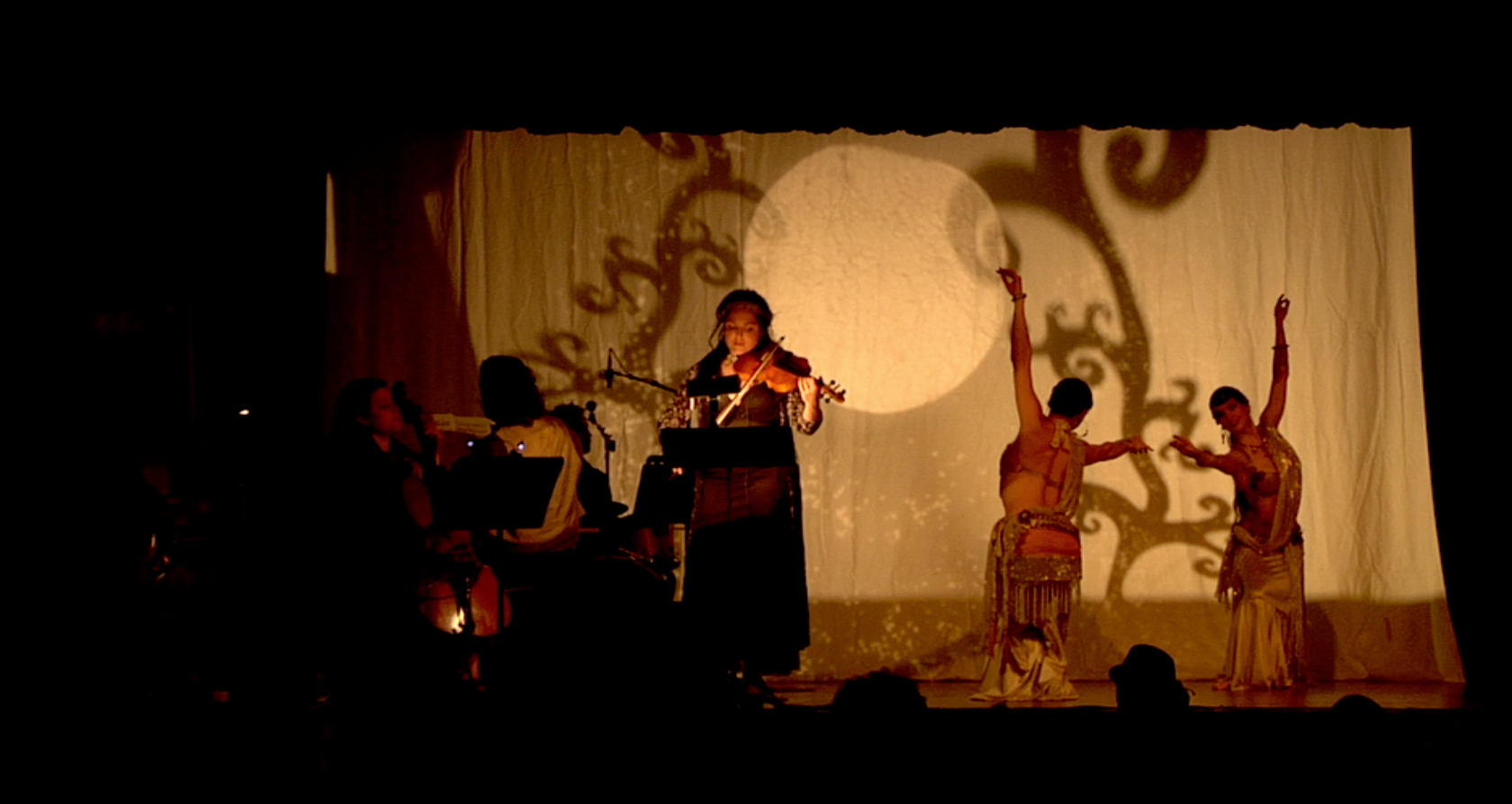