Art & Life with Brian McShea and the Sidemen 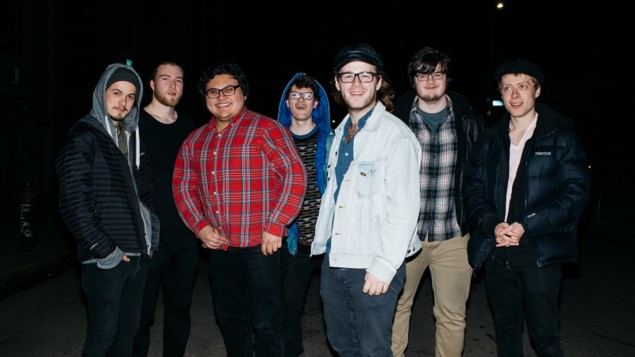 Today we’d like to introduce you to Brian McShea and the Sidemen.

Brian McShea, please kick things off for us by telling us about yourself and your journey so far.
The Sidemen began as a collection of songs I (Brian) wrote while I was performing on the New England cover/wedding band circuit and studying at Berklee. During the week, I’d shut myself in my room to build these songs from scratch, and then during the weekend I’d be singing cover songs and sweating my ass off for three hours. I realized two things: 1) I absolutely cannot resist writing, and will always be coming up with new songs, and 2) playing with a live band is the most exciting activity I’ve ever done. “Brian McShea and the Sidemen” was the marriage of these two ideas. I met a lot of creative and generous people studying at Berklee who helped me begin to record and play shows with my songs.

I recently moved to Hollywood, which is kind of like starting all over again. But I’ve been lucky enough to meet more amazing musicians (like our drummer Sam Ward) all on their own zig-zagging musical journey, and I think we’re more prepared than ever to bring this band to new heights on the west coast.

Can you give our readers some background on your art?
Things don’t have to be the way they are. With art that can be easy to see; you can take a chord progression people are familiar with and play it a different way, and it opens up new musical possibilities that excite people. With real life, it’s not so easy. It’s hard to fathom changing your lifestyle, cutting bad people out of your life, or quitting a dead-end job when you feel so much pressure just to make a stable life for yourself. It just feels like things are the way they are, and anyone who fights against it just loses. But that’s not true, at least not entirely, and I just want people to consider it.

For example, take our latest song, “Mr. Davis, You’re Famous!” At first listen, it’s a rock song, with loud drums and crunchy guitars. It’s even got a rock n’ roll high note scream at the end. But when you break down the song, it’s actually a classic show tune, something right out of an MGM musical (at least, I hope it would make the cut in an MGM musical). The tempo, melody, and chords are all right out of that time period, but by putting them over crunchy guitars and loud drums, it becomes something it’s not. A musical number turns into a rock song, and fairly easily.

Most of the stuff we do is very planned out, but we do leave a lot of wiggle room to have fun musically. Sam Ward doesn’t play the same drum fill two nights in a row. It’s all very directed, but full of spontaneity. Even when we play the same set every night, things don’t have to be the way they are. We’re always looking for ways to improve and grow, make the show and our music better. I hope that it makes people feel like they can change things in their life, whether it’s picking up a small hobby or making a big lifestyle change.

Artists rarely, if ever pursue art for the money. Nonetheless, we all have bills and responsibilities and many aspiring artists are discouraged from pursuing art due to financial reasons. Any advice or thoughts you’d like to share with prospective artists?
1) Music or otherwise creative jobs can help keep you artistically stimulated when you’re away from your personal work. I was in a cover/wedding band for several years, and I learned how to be a professional musician, how to be a front man, what it is I love about performing, what it is about songs and music that audiences appreciate, and tons more. It wasn’t my dream (I’ve sang “Uptown Funk” at least 500 times), but when I got home from my last gig of each weekend, I was in a good space to work on my own art. Before that, I worked at Starbucks, which was not artistically stimulating at all. I’d do janitorial work for 8 hours, maybe make a few cups of coffee as well, and then come home burned out. I learned how to clean toilets, make fraps, and clean the ice machine, nothing that fed into my art. Working on music was a wonderful escape from that job, but the music I created when my job fed into my art was so much more focused and rewarding.

2) How cheap can you make your art? Musicians everywhere are rejoicing at the ability to create an album in their bedroom. What can you do with less? Yeah, it sucks if you’re in a punk-rock band and it’s difficult to record your drummer, but sometimes two mics on a drum set in a closet slam harder than a pro setup in a treated studio. At the very least, consider it.

What’s the best way for someone to check out your work and provide support?
Our music is available everywhere on the internet. Spotify is a great place to listen to us or save our music for later. If you’re looking to help us out, follow us on Spotify. We also have our music, lyrics, and an email list on our website. We also play live shows as often as possible; our next show is at Trip Santa Monica on Thursday, 5/24. 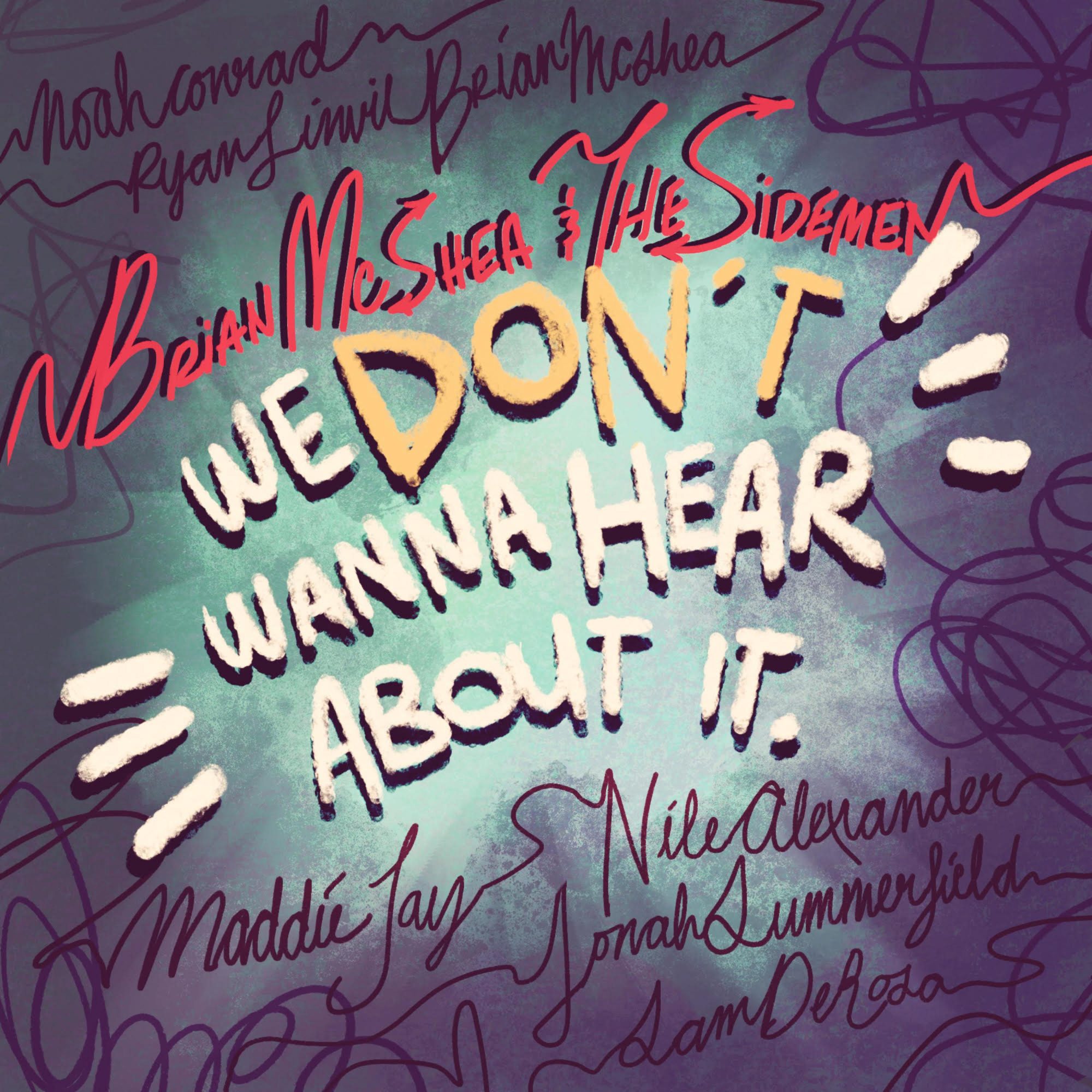 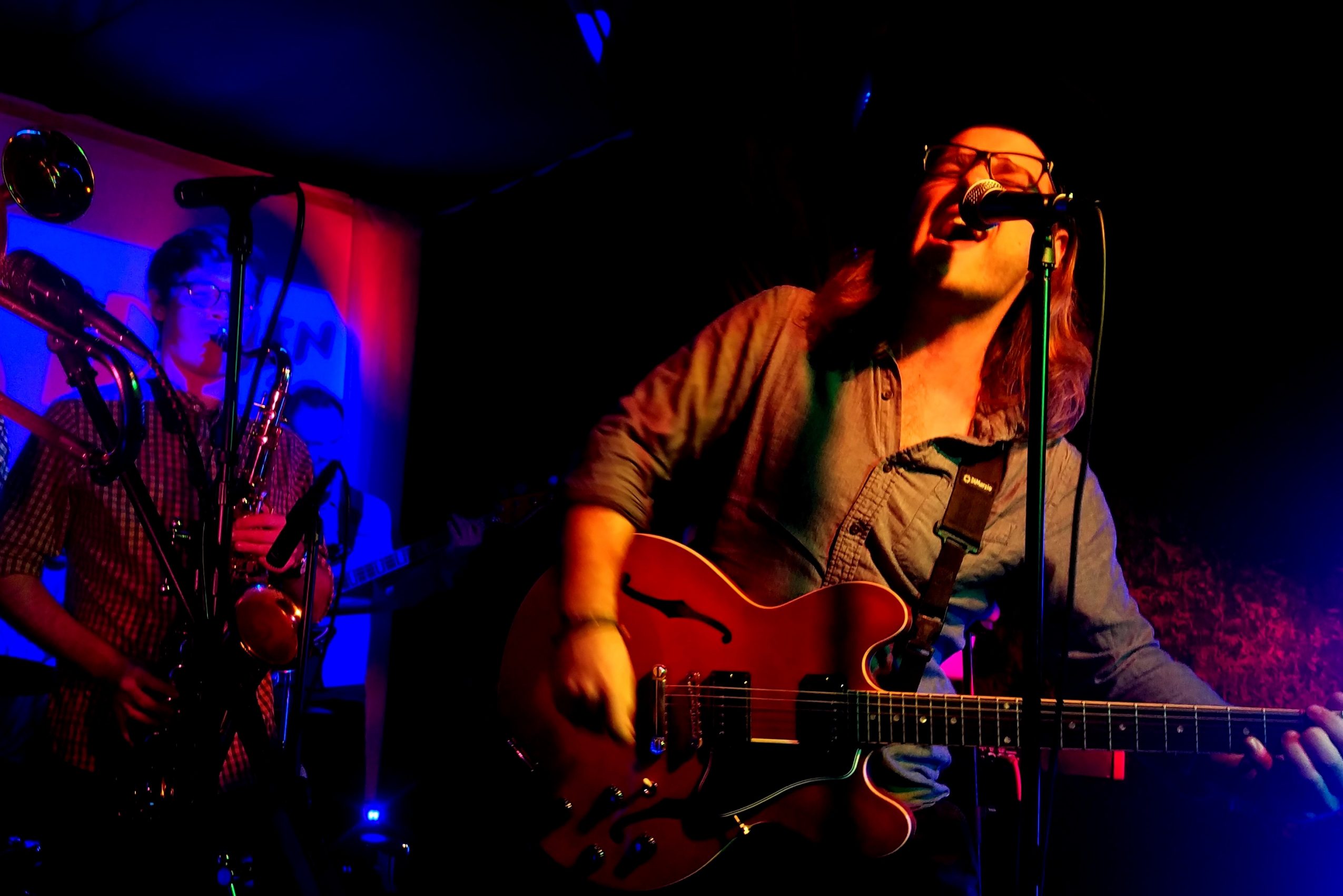 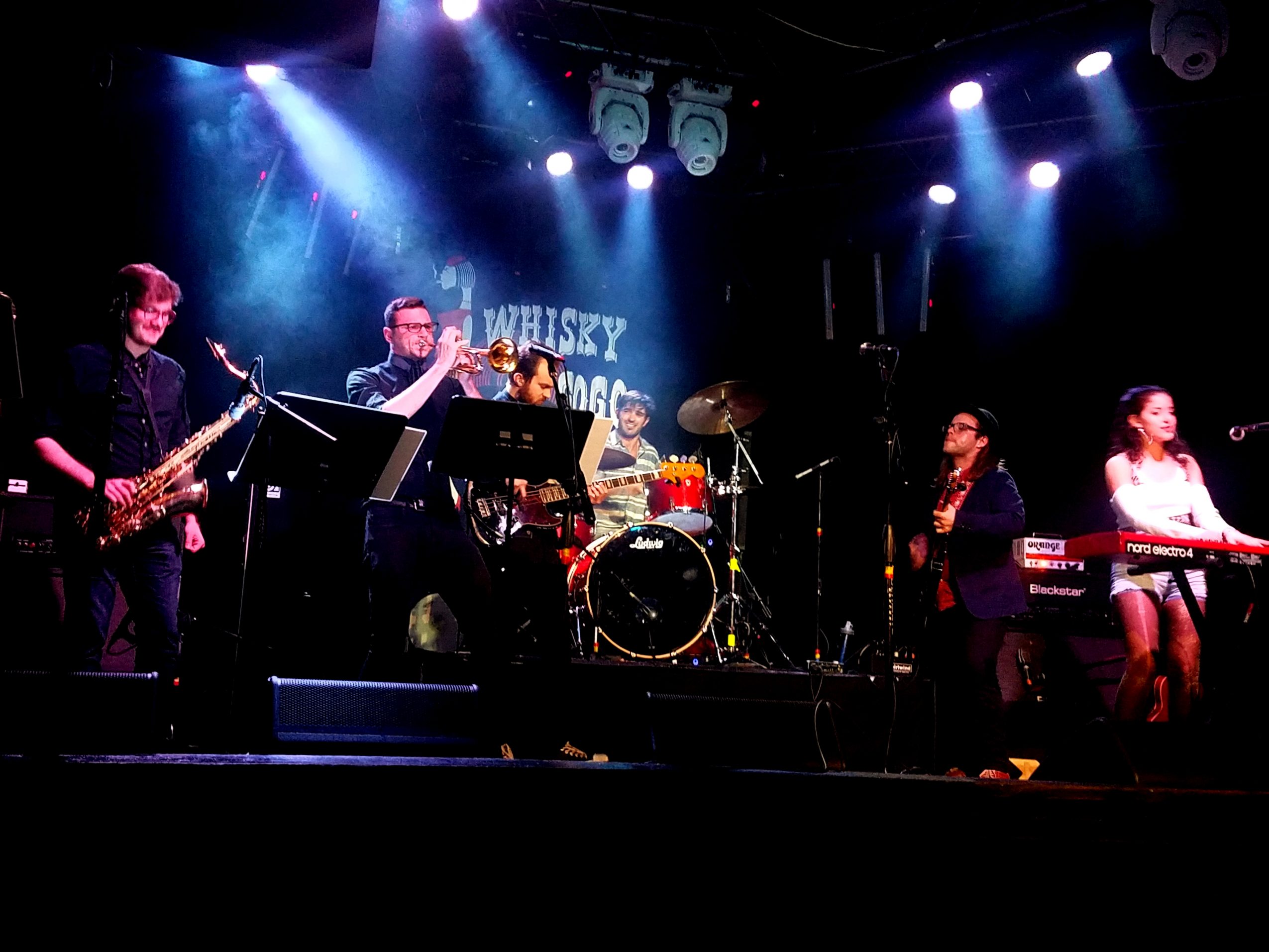 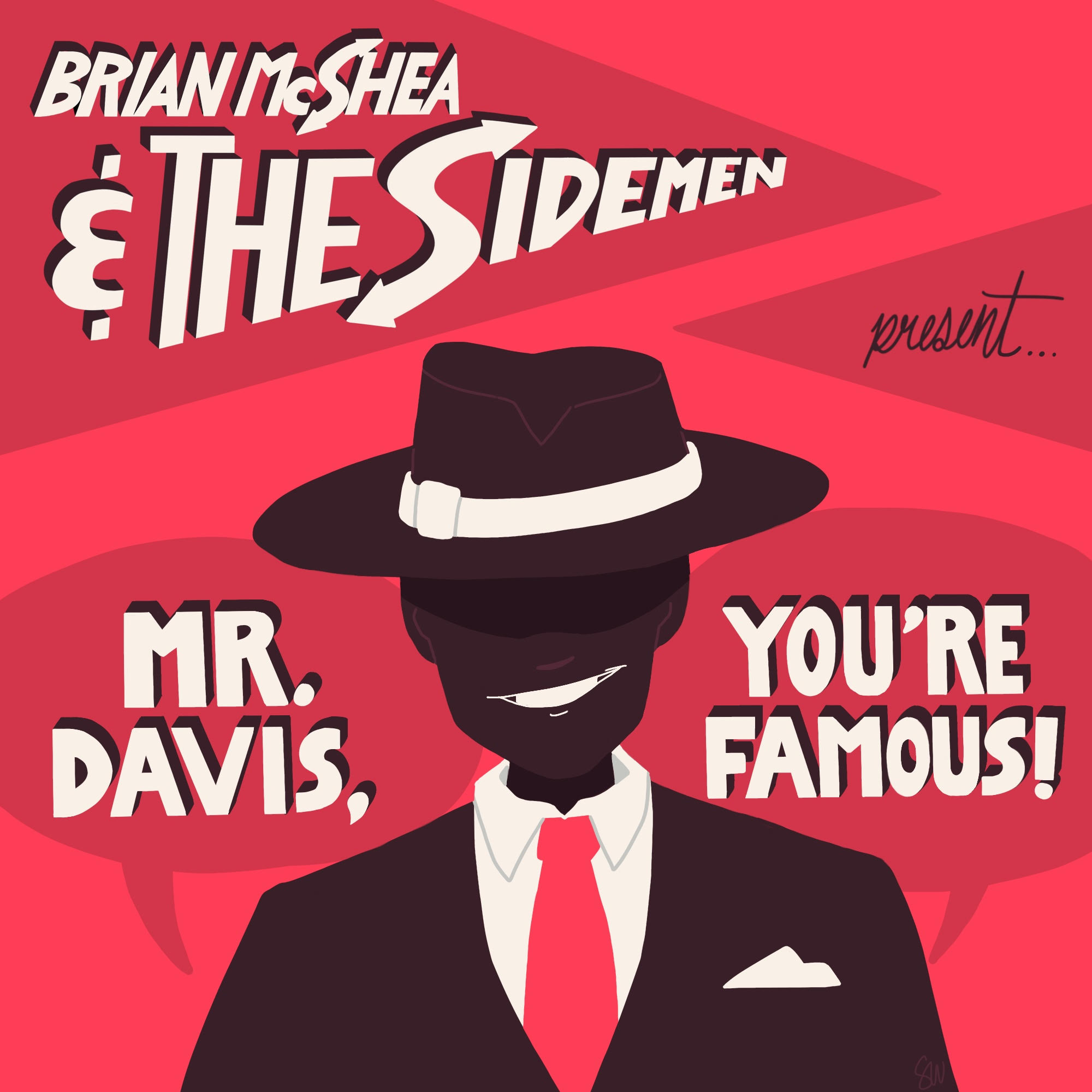 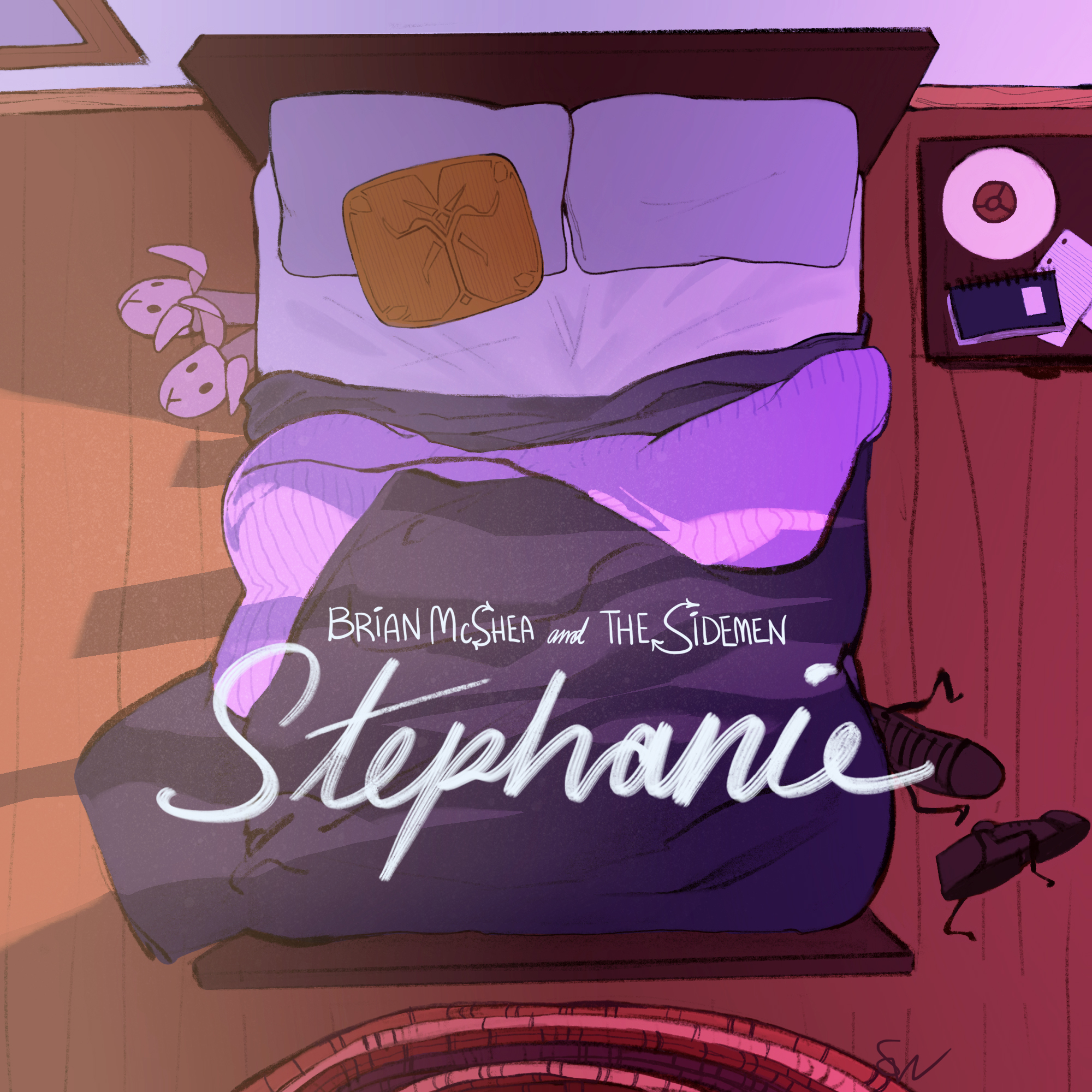