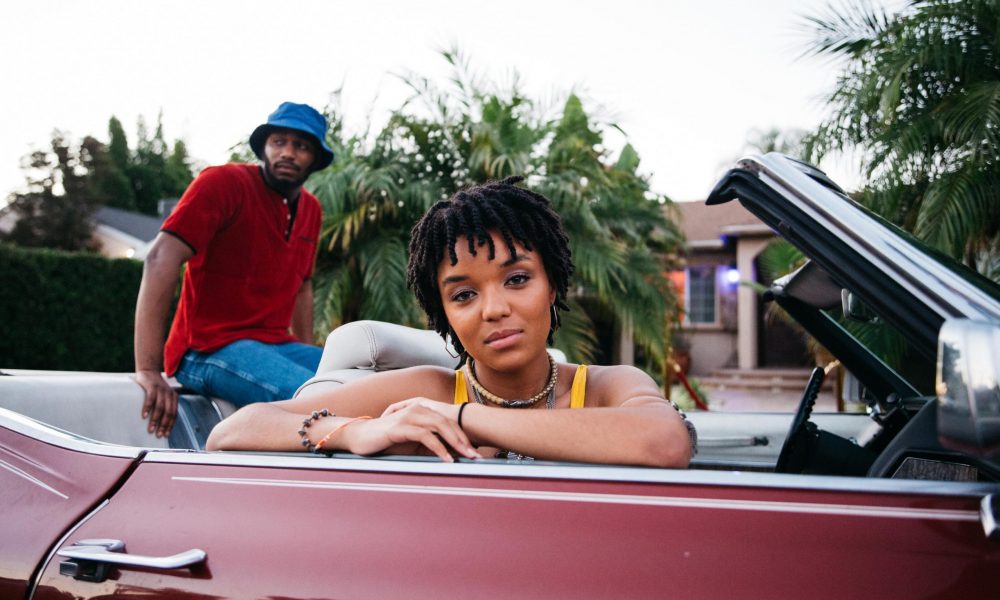 Today we’d like to introduce you to Arianna Ngnomire.

Arianna, please kick things off for us by telling us about yourself and your journey so far.
I first discovered my love for acting in 6th grade when my school did a production of Sadako. Sadako told the story of a little girl who got leukemia after the Hiroshima bombings. From there, I saw the importance of theater and how it builds empathy for those you may never have the pleasure of meeting.

My mother raised me with conviction. I was the child that was going to make it– buy her a house, and take care of her retirement. She put me in snowboarding lessons, vocal training, trumpet classes, and a slew of other activities in the hopes I would gain notoriety. For a while, acting was just a hobby that I would turn to when I needed artistic expression and coping with what I would learn was anxiety and depression.

Passion intersected with talent. That is the reason why I do what I do now. I’m good at a lot of things, great even. Yet, I’m not passionate about them. I’m passionate about a lot more, but fall flat on my face when attempting them. Acting has been that beautiful sweet middle spot. I discovered this in high school, gearing up for college applications.

That doesn’t mean I haven’t had hiccups that have challenged the way I view myself. My first high school lead was for the musical Weird Romance. The first act is the story of a homeless woman whose psyche is switched into a more beautiful person so she can live her dream as a performer. The music was great, set pieces were fun. At the time it was one of the more enjoyable theater shows for me. But it messed with my mind for a few years after. I played the soulful homeless woman, and my co-lead was a blue-eyed, blonde hair white girl. I felt I was destined for the maid, drunk, ugly girls’ roles for the rest of my life.

I’ve since learned that I could play Juliet or Ophelia if I wanted to.

So college. College was scary because it was the first time I was really hit with having to define who I was and having the freedom to do so. The first film that I was in was called Pussy Willows. It was a story about a mother and daughter relationship. The mother lived with many mental illnesses alluding to bipolar disorder. The daughter had to step up and take care of her. This is the fundamental relationship between my actual mother and I up until recent years. So, in my second year of college, I was being smacked with a very traumatic (to me) story. I couldn’t let the trauma get to me as I wanted to honor the crew and the rest of the cast. But after, I sort of withered away for a few months. Didn’t act in another film for nearly a year. This is where I learned to be artists, you must take care of your mental health. Our mind is pretty much our only tool. A painter may prefer a brush, but the mind sees and feels where the stroke is going.

I was lucky enough a year and some change later to be notified that I was nominated for best actress at the Watersprite Film Festival in Cambridge, UK. It felt like I could finally be proud of my hard upbringing, that it was all worth it. Trauma became comfortable for me again. I got to spend three days in the UK and brought home a sparkly award too.

I could have been a business major. My family is entrepreneurial at heart. But business has never moved me, people have. So acting, producing, and writing is what I devote most of my time to now. I started my own production company to tell diverse stories authentically, not because of a trend. Though I’m far from an A-list celebrity of any kind, there is a burst of joy I get when I choose works of art that speak to my many different marginalized identities. It’s powerful. Through acting, I’ve discovered I’m just as powerful as a moving work of art.

So now, I’m in this weird limbo of work. I was in a music video for one of my favorite artists of all time. I’m producing a feature film with the goal of a quarter of a million-dollar budget. But I’m working at Spencer’s (everyone’s high school dream, am I right?). For now, every experience of my life will inform the next project I will have the pleasure to work on.

Can you give our readers some background on your work?
Currently, I’m producing an independent feature film that I took six months of conceptualizing and writing. I’d say I’m an actor with a boss attitude. I like to know how every part of the industry works. I can do that by diving headfirst into it.

The film I’m working on is called “In My Shoes”. It’s the Freaky Friday of the Trump Era. Where a black girl and a white boy switch bodies. The only way they can switch back is if they come to understand one another. This piece has been therapy and a way for me to be active in my activism. The purpose is not to “end racism” so to speak. But rather, to give a more congruent solution that all walks of life can take part in. They just have to choose to take part in it.

I’m blessed to have gone to school at Chapman University and be surrounded by people who want to see the work come to life as well. My good friends Dazjah Washington and Aaron Chen are helping to produce the piece. It was important for us that the crew as well as the cast best reflects the diversity we fight for in our respective spaces.

A lot of my art stems from my black identity. Generally speaking, it is the first thing a person notices. Then my womanhood. Rarely my queerness is discussed, however, if you look closely at what I do, how I write it’s as obvious as black and white. I choose to be political because America made every part of my identity something to fight for.

My mom was born in Cameroon, so I’ve always had a strong sense of self. Sometimes I feel caught in between African – American. I truly feel more like the hyphen sometimes. Yes, I was born in America. Yet some of the struggle of a lost ancestor for black people in America I just don’t relate to. That’s the true gorgeous qualities of marginalized people though, it’s not the struggles that define us. Earned joy is where we relate most. The ways in which we celebrate life, laugh harder than any other, party longer than any other, and stop to smell the roses until our heart is content. That’s where we relate. That’s where we can come together. That’s where my art is rooted.

I wouldn’t call myself a poet, though I do enjoy writing poetry often. Usually, it helps me unlock the rhythm of a character, scene, or helps to identify the purpose of work.

When looking at my work of art, I want people to understand that the black community is not homogeneous. Though we have many culturally significant systems, events, or objects that tend to connect us every single one of us thinks differently. It’s something that I think black people need to remember too. We should take pride in our differences, not just our similarities. I believe that’s the best way to respect someone else’s culture and background. Don’t assimilate, appreciate.

How do you think about success, as an artist, and what do quality do you feel is most helpful?
I definite success by personal contentment and community impact. Money comes and goes but those two seem to be what goes unforgotten. When studying a character relentlessly and becoming that person day in and day out during a shoot it is impossible to put a price tag on that work. So, when I think about the work I do for myself, I am most successful when I’m the happiest. I am successfully doing work that I believe in, not only the work that puts food on the table.

The second part of success is how it positively impacts a community. Art can be the bridge between languages and cultures. Sometimes, when art becomes capitalistic in nature, we forget the fundamental purpose is communication. Freelance artists like myself feel lucky to go from job to job to make ends meet. But man, the best I feel is when someone tells me I paved the way for them to follow their dreams. Or that a demonstration I started helped the marginalized feel like they have a voice. Or watching as a whole community comes together to celebrate a piece of work that I created? Get out of town. That’s the most successful I’ve ever been and I only hope to top that feeling in the future.

What’s the best way for someone to check out your work and provide support?
The best way to stay in touch with my work is through social media either @thereelarianna on Instagram or @ingueproductions. I’m revamping both websites which will be relaunched soon and you can find them respectively at ariannangnomire.com and ingueproductions.com. 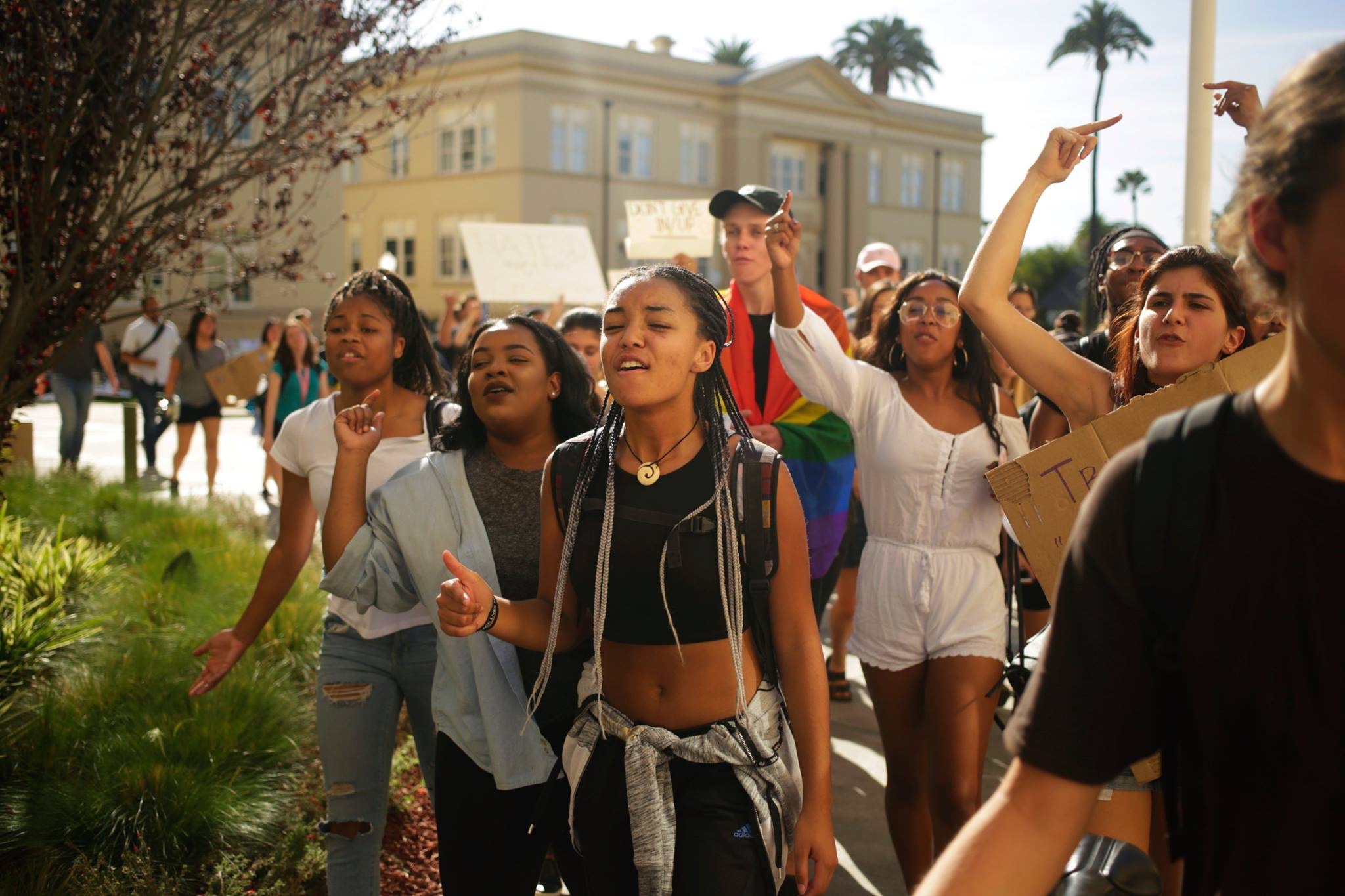 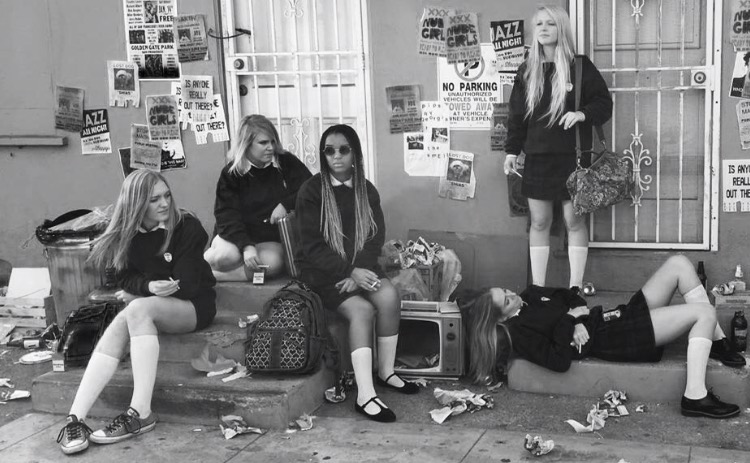 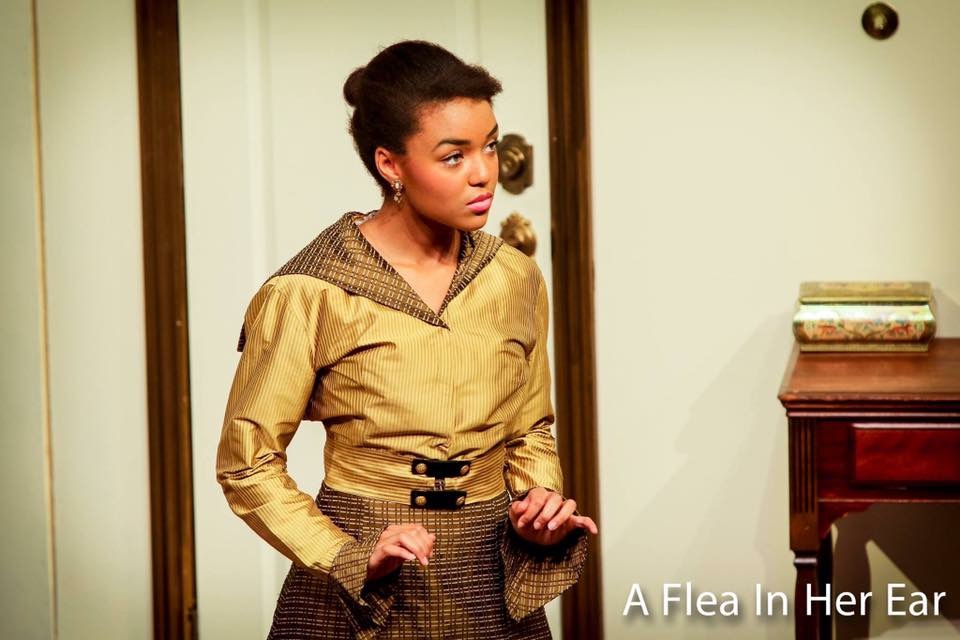 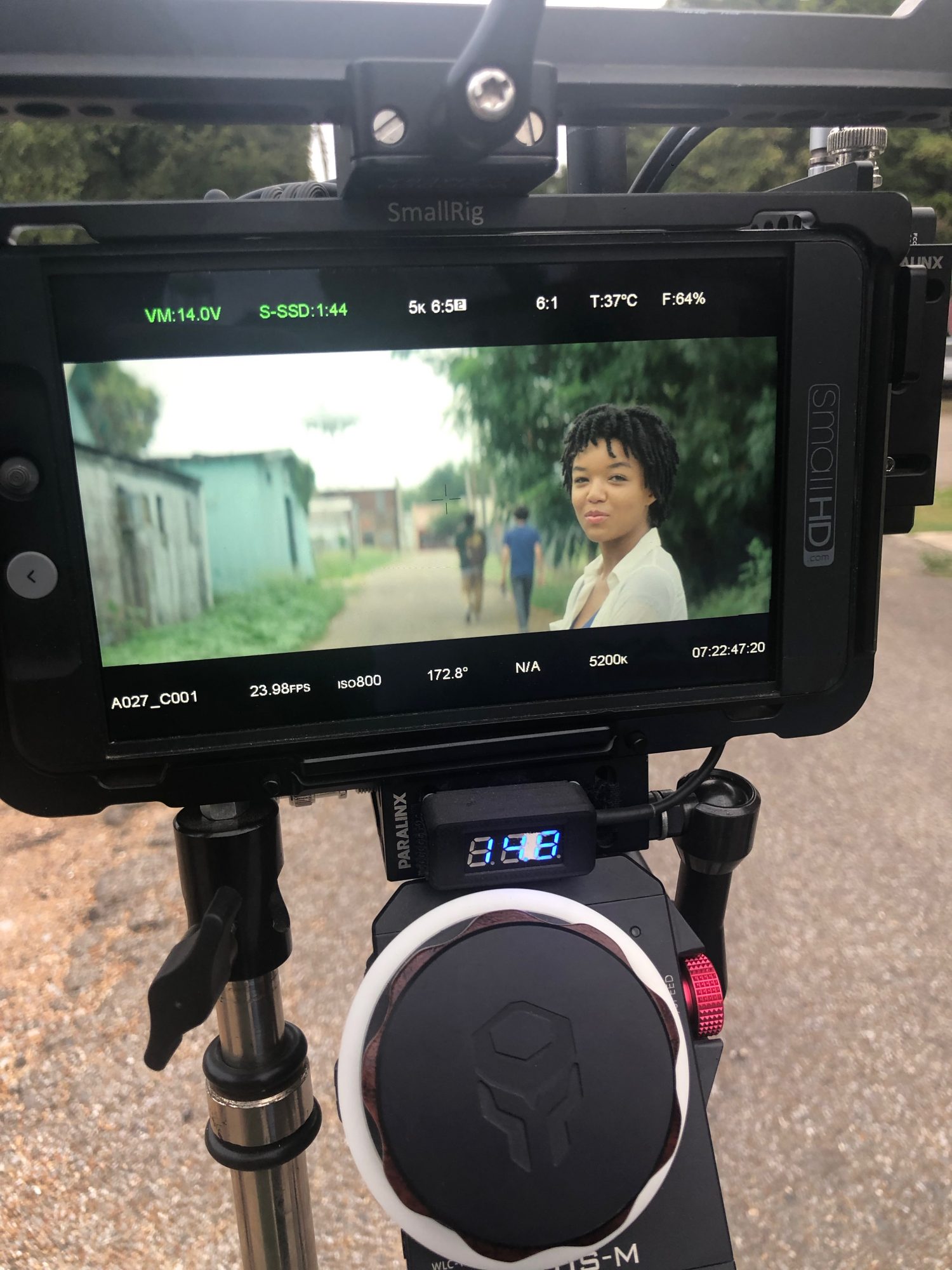 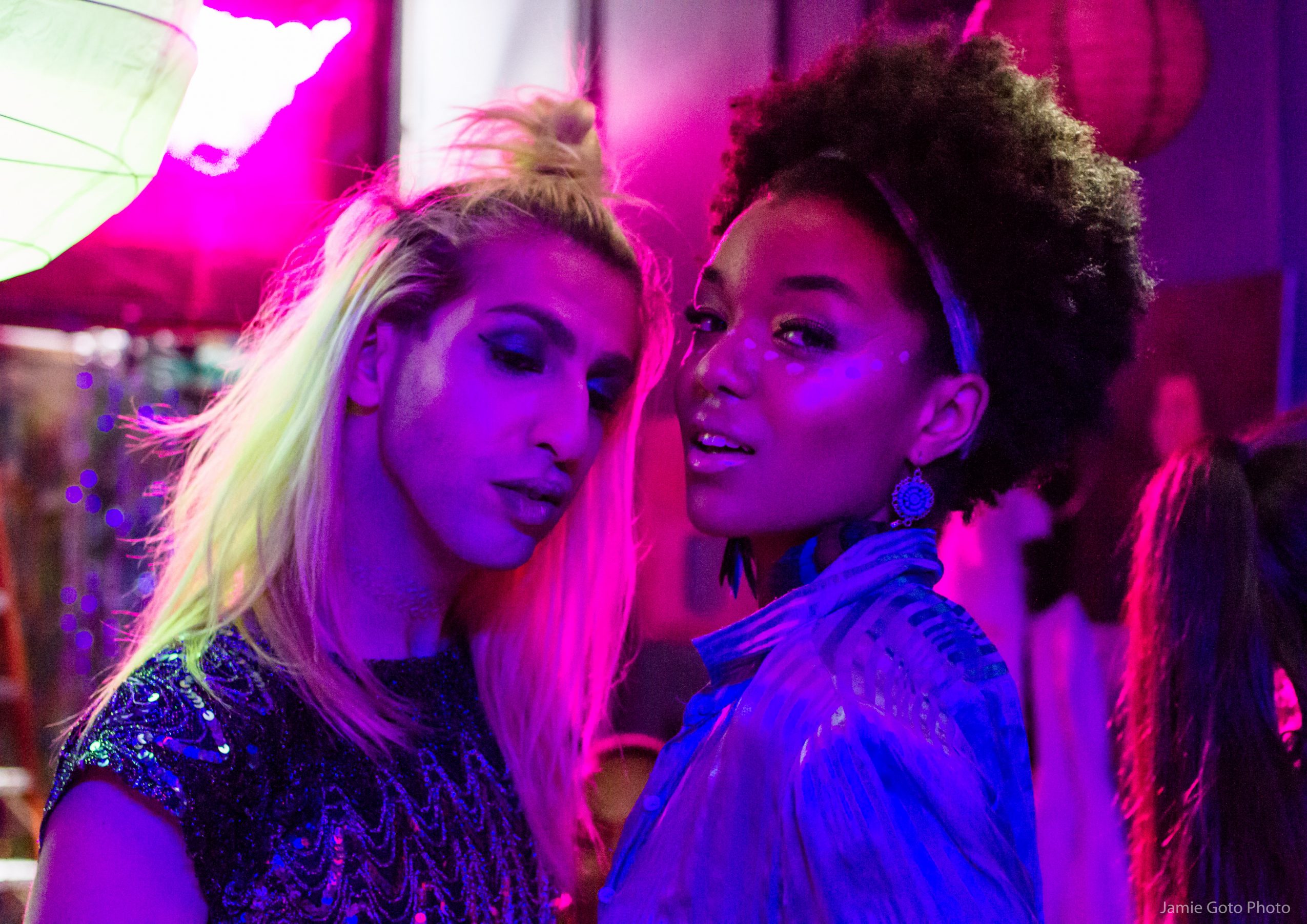 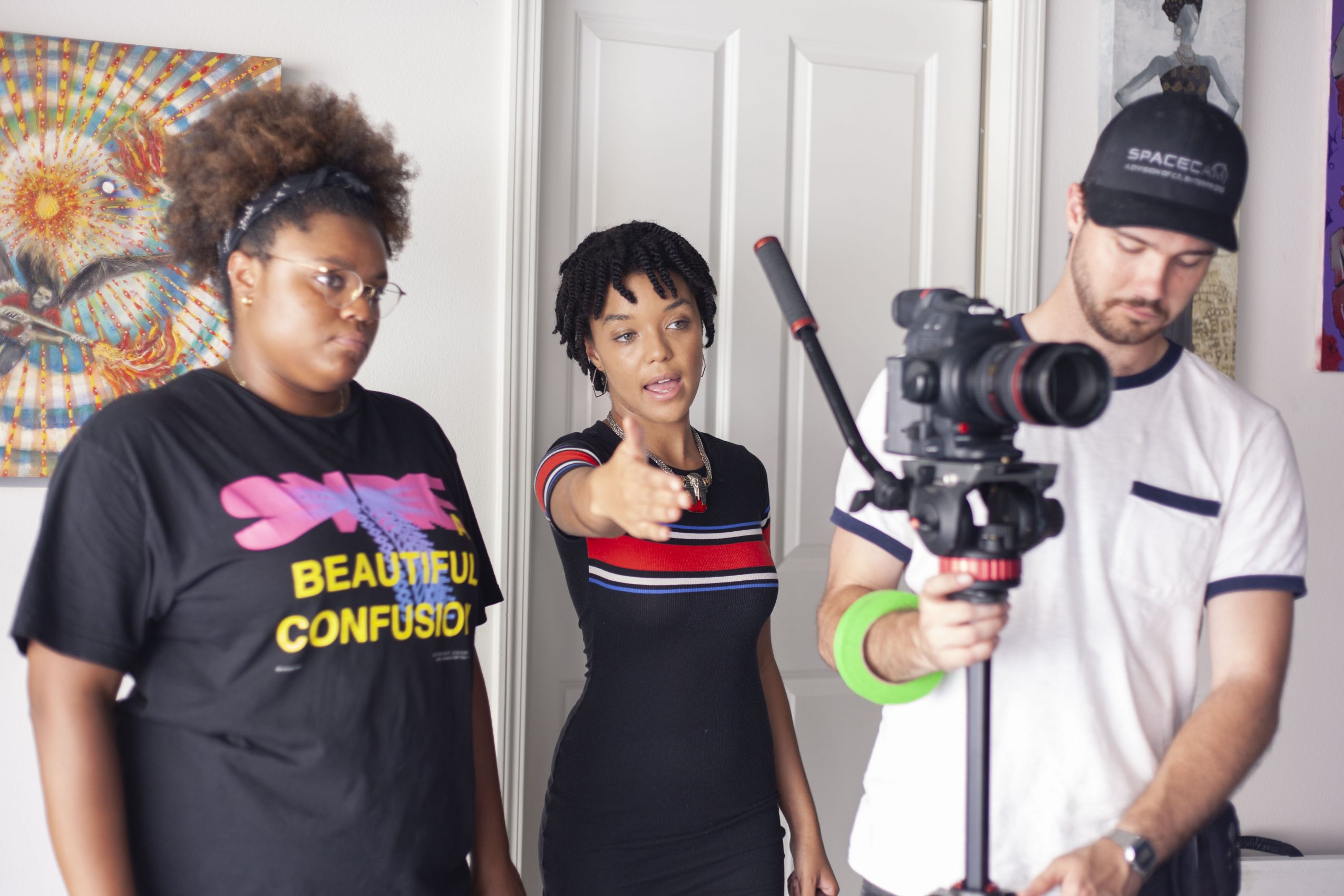 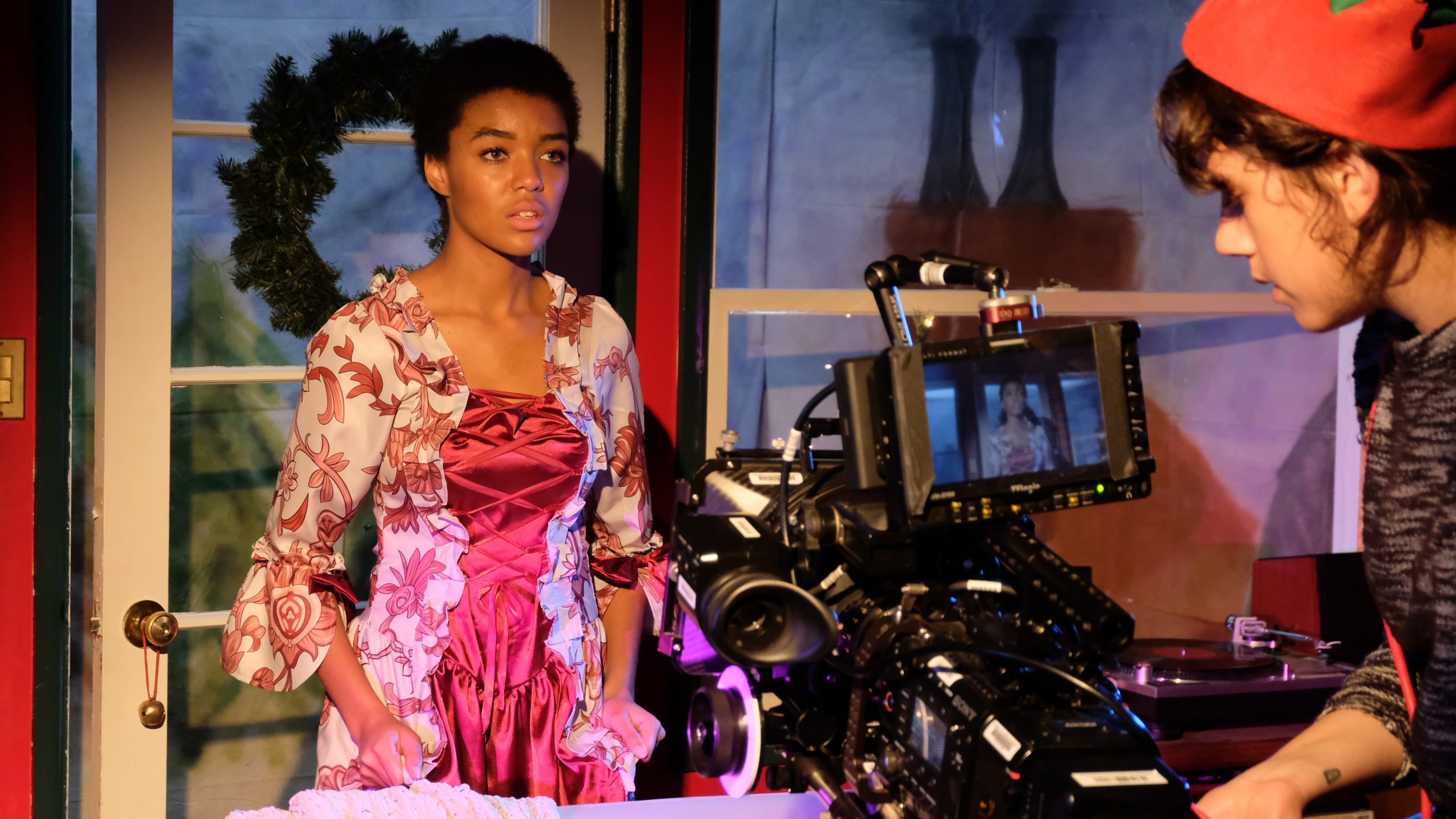 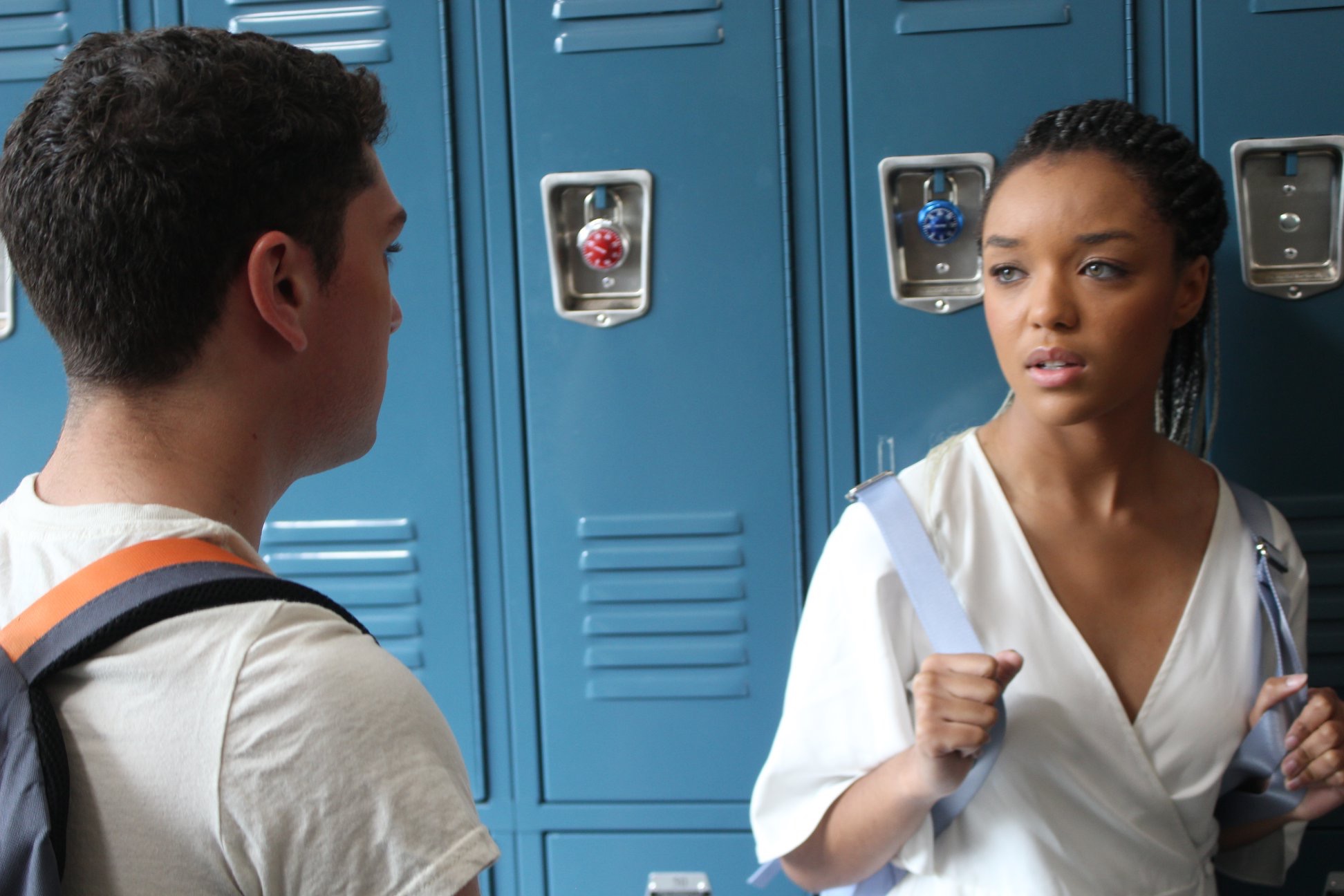