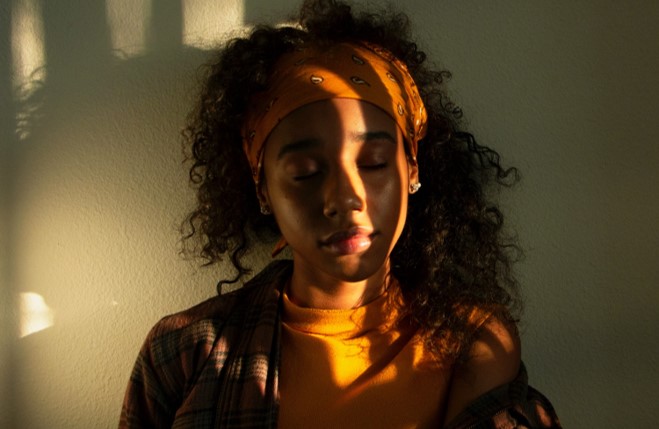 Today we’d like to introduce you to Aniya Wolfe.

Aniya, please kick things off for us by telling us about yourself and your journey so far.
I love expanding + connecting humanity via emotions. My joy exists in that. I’m thinking Progression does too.

I was fourteen years old when I was first lit up by a camera. Well, it was the camera APP, on my iPod 5. I lived in the City of Philadelphia, bored with time during our Middle School recess. My girlfriends and I had an idea to record a silly (quite intense at the time) idea, meant to document the serious mishap of Mayra’s eyebrow appointment.

At the time, I misunderstood my love for creating as a love for acting. For years, I loved Disney shows like Hannah Montana, Suite Life on Deck, and those Nickelodeon sitcoms. My Father’s friend knew of an Agent that could possibly aid me in my vision. When I was on sets, I always had a magnetic pull towards the camera, though, it wasn’t always welcoming behind the scenes… So I took to Google, YouTube, and Wikipedia. Learning and creating with what we had available! Now, I see that this was an opportunity to learn independently. This interest quickly revealed itself as a passion. In 2016, my family decided to temporarily split to support this restless energy. My mother, former cosmetologist and my father, former police sergeant, sold everything we had including our home in just twelve days. We drove across the country in faith. Even though this was a tough experience, it encouraged us to find security in something beyond the physical.

Since that moment of discovery, life has drastically evolved. Today, I am seventeen. Throughout my teenage years, I’ve written, produced, and edited several pieces, with the intention to open up doors for deep understanding. My full-length feature film named Beyond My Skin, which has been appreciated at film festivals on the international plane, collecting the “Audience Award” at the BlackStar Film Festival! The story addresses the timeless stresses young humans’ face, but from the perspective of Generation Z. My community gave over $10,000 to create the movie as it was an extension of a short film titled Skin. Filmmaking gets expensive quickly. I felt uncomfortable constantly requesting my parent’s for their money. In response, we launched Beauty Scene Photography which used the proceeds to fund my films. Later, we transitioned into Beauty Scene Productions, LLC.

Now, in Los Angeles, the opportunity to grow and explore in my interests have expanded. Beginning as an intern on the set of Season 2 of GodComplx to directing two episodes and spreading a message of consciousness in media stages at Google, which can be found on Amazon Prime today. Social media is a fabulous way to interact with people and to share what you’ve made together. I’ve been graced with shadowing opportunities on amazing sets like Grownish and Nike while creating music videos for some incredible artists and collaborating with beautiful minds.

Can you give our readers some background on your art?
My Art explores the What by twirling in the Why.

I like building from the truth up. Film can be used as a tool to expand perspectives. We have direct access to the emotional states through storytelling, that is a prime slot for change. I have a passion for understanding and making people feel. As I continue on my journey, I recognize that using cinema to touch minds should be used with intention, Visuals and sound have potent impact. Often times, we experience situations in movies before we experience them in reality. Or they may unconsciously shape our collective perspective. We then have children (adults too) who have formed unconscious expectations on how people (ourselves, too) should behave in certain situations.

My newest project is a collaboration between teenagers from all time zones connecting via social media to tell the story of seven different teenage realities in the light of the 21st century. Delivering diverse perspectives that serve just pieces of Gen Z’s complex collective reality. Embracing reality- the maybe, uncomfortable truth that there are many. Finding comfort in the idea that correctness is subjective. We have the power to make decisions, so what decisions are we making? I am inspired by the realities that surround me. I am fascinated by the infinite interpretations. How individuals relate to life, which is ultimately, a reflection of themselves.

Expansion via feeling. Emotion is universal. So maybe empathy is the answer? Width x Depth…

What responsibility, if any, do you think artists have to use their art to help alleviate problems faced by others? Has your art been affected by issues you’ve concerned about?
The Role of the Artist is to liberate the mind.

To create is to liberate. When you free yourself, you free everyone around you.

Art is attractive. I feel the root of its allure is this mysterious truth that exists somewhere in there. This mysterious truth can transcend cultures, ages, genders, and divisive boarders we’ve constructed. Art is a language that can provide catharsis across nations. There is a trust we relate with artistry. That permission to enter your emotional and mental states is priceless. It is a delicate opportunity. Therefore, I believe artists should move with intention. Our influence is direct, indirect, and everything in between. Art is major.

The Role of Artists in society and mankind is to act in their being. Artists hold the power to propel change- they can even help aid a human in the midst of change.

My responsibility as an artist is to remain aware and to move with intention- which freedom does thrive in. As an artist, I value freedom. I’ve come to understand that freedom is a mindset as much as it is a physical release. I wish to share this concept and let it radiate through my art.

What’s the best way for someone to check out your work and provide support?
My Instagram is @aniyawolfe, where my mission through art and personal life are intertwined.

All of my pieces can be found on my website at www.beautysceneproductions.com. My professional credits include director, writer, digital image technician, cinematographer, 2nd AD, and production assistant. 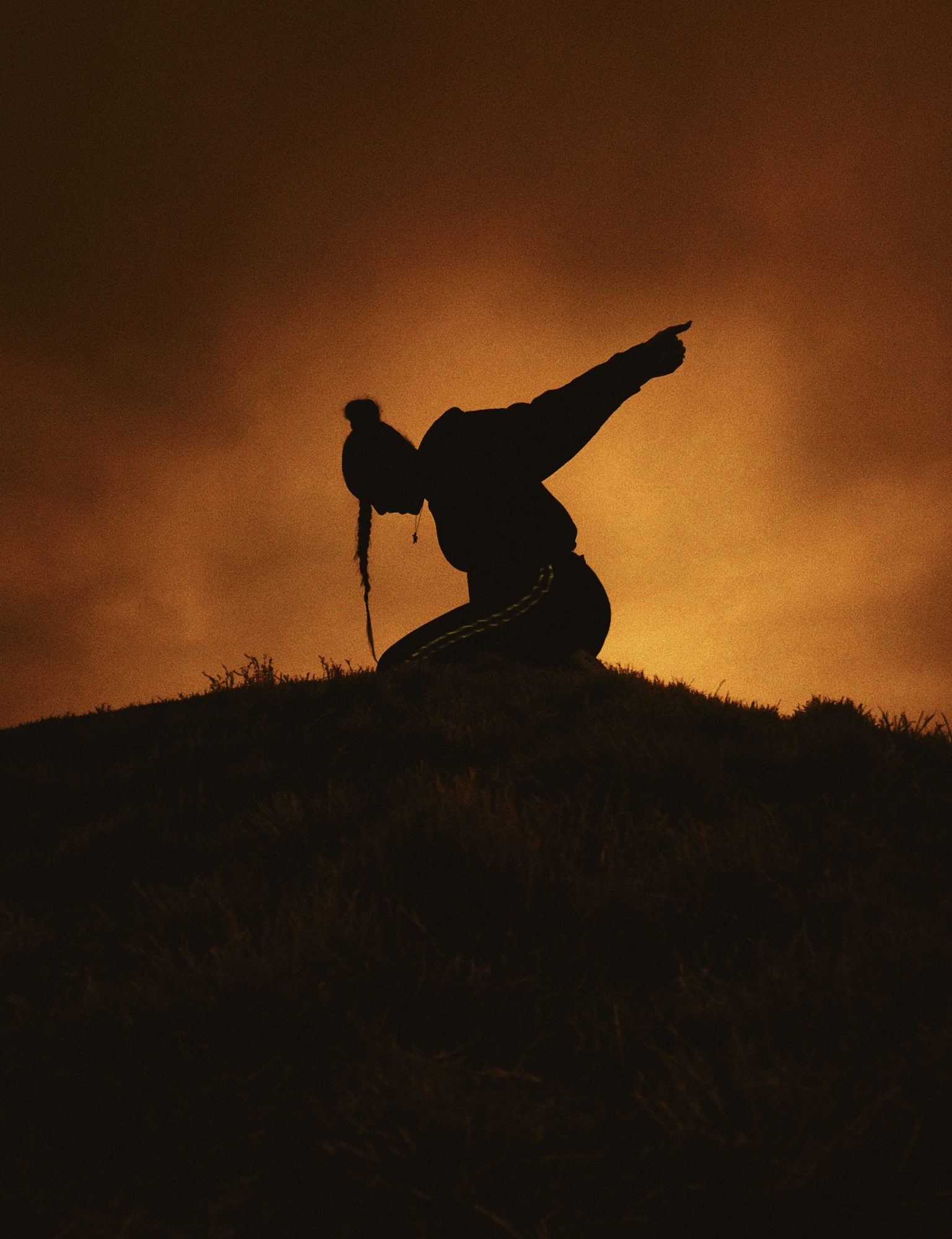 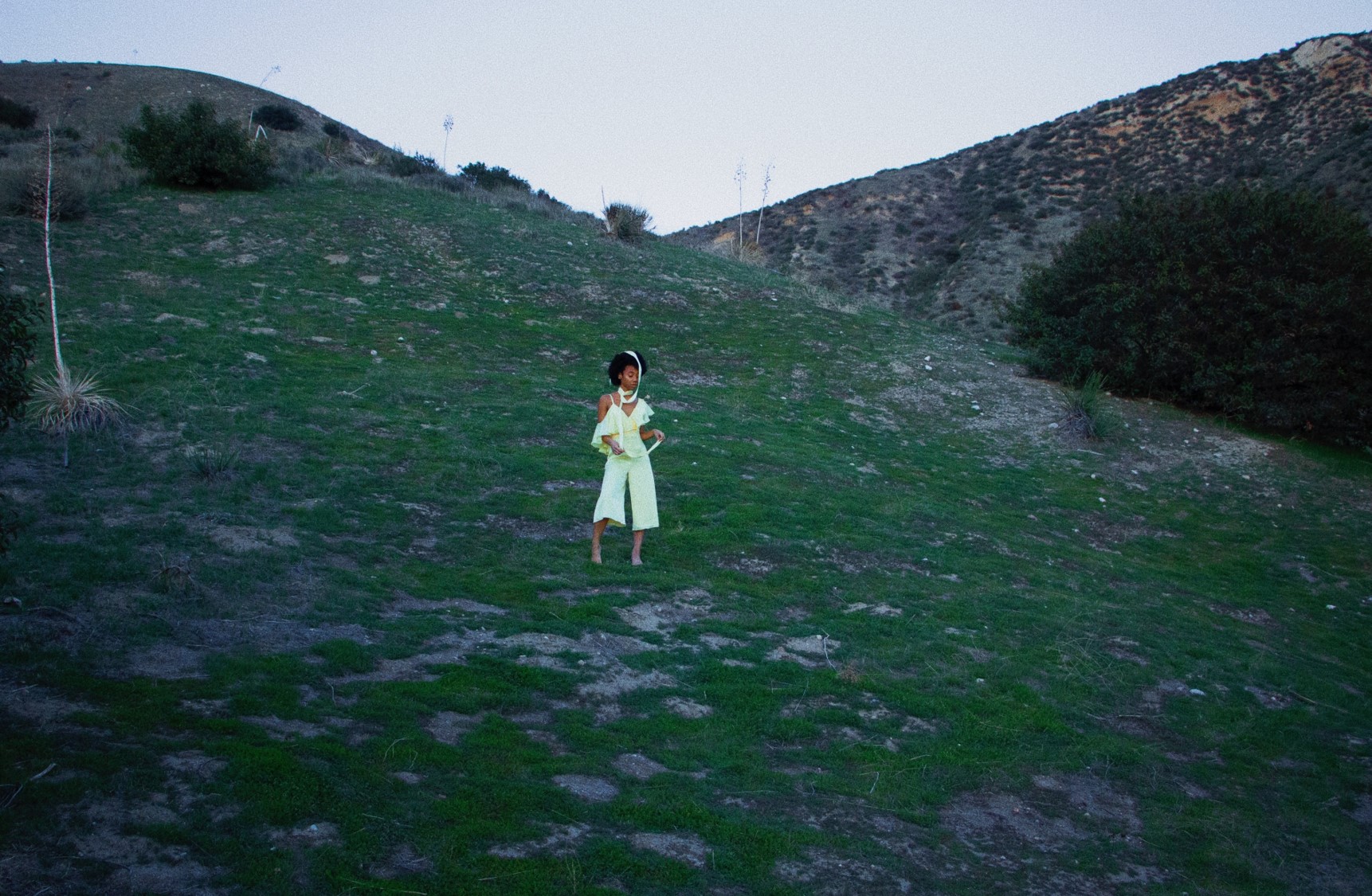 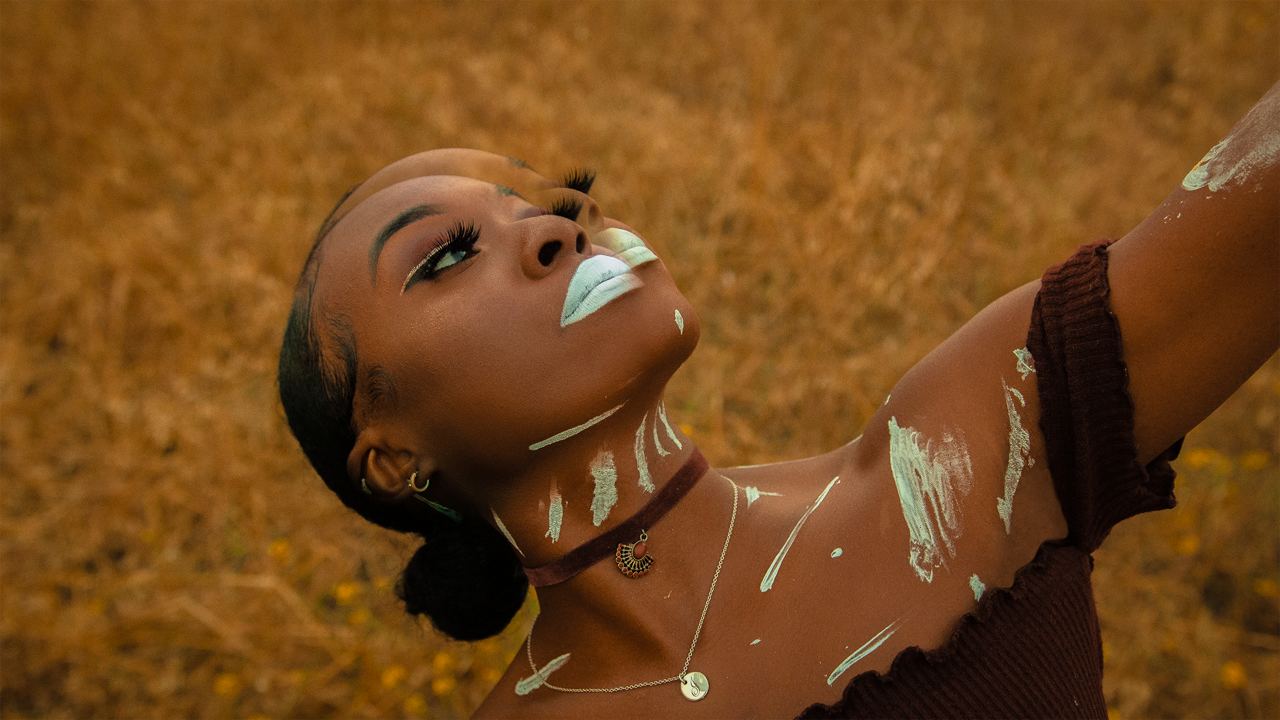 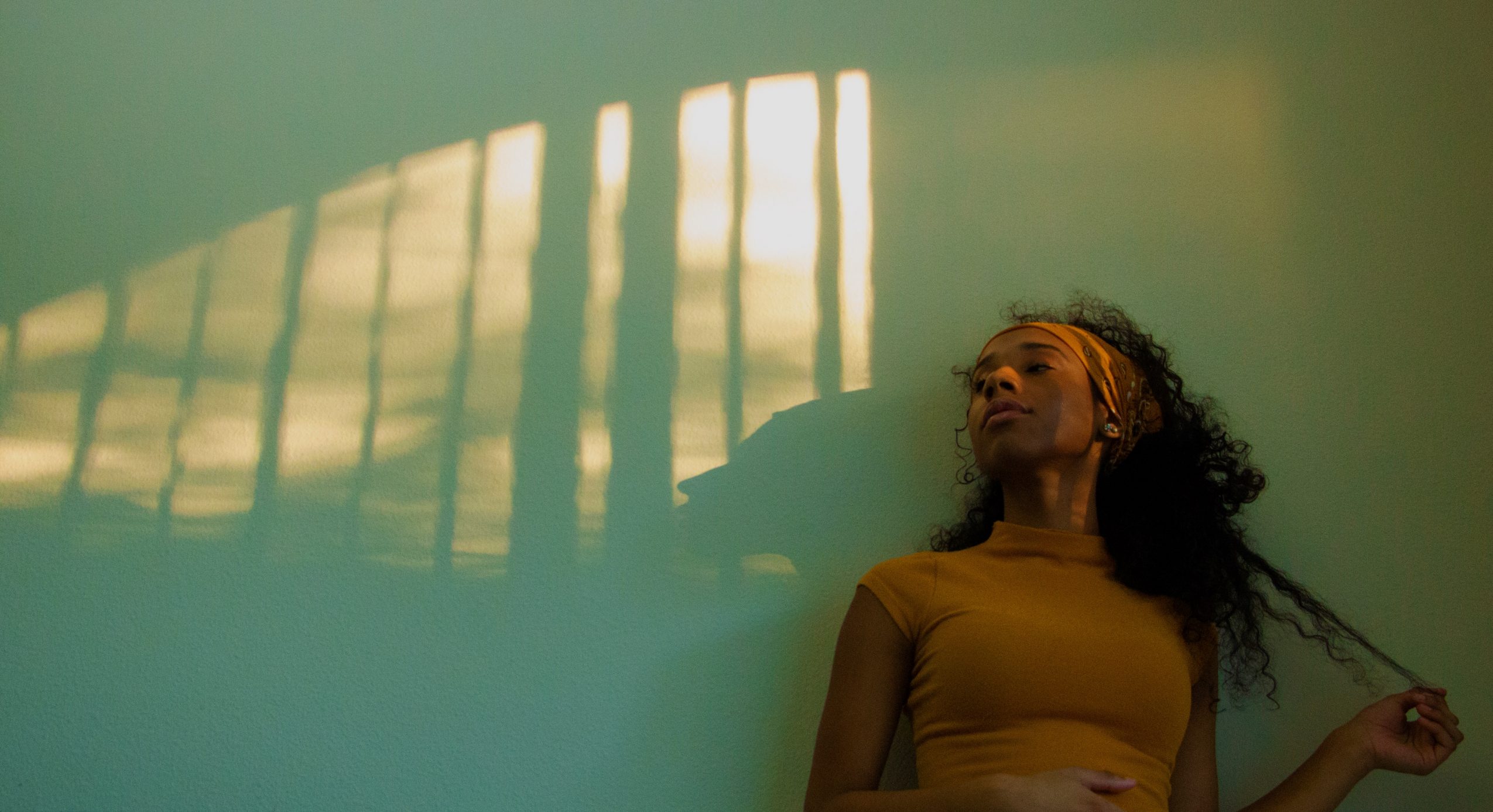 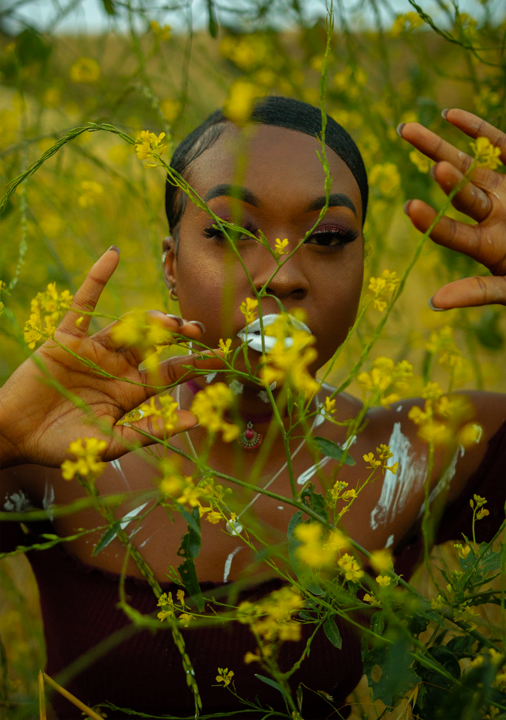 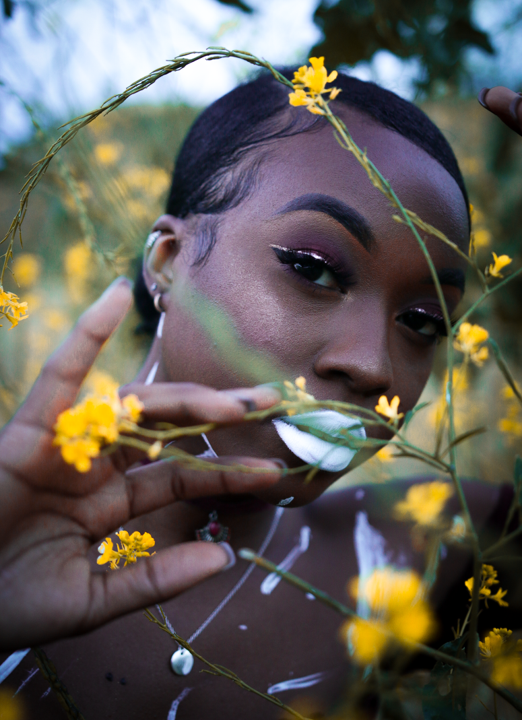