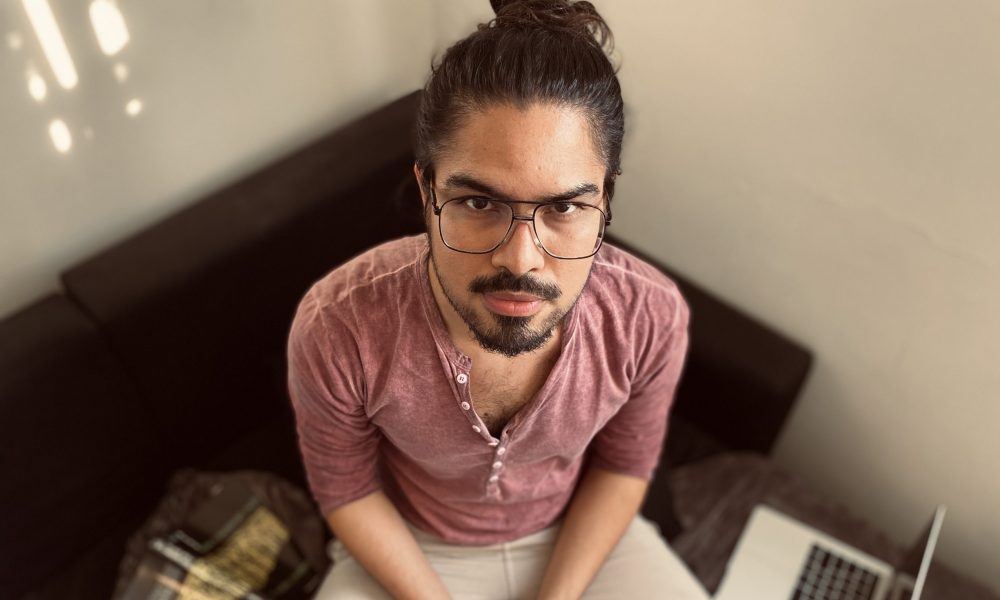 Today we’d like to introduce you to Andres Vergara.

Andres, please kick things off for us by telling us about yourself and your journey so far.
I remember this Spanish class in school, in which we talked about symbolism and how it applies to films. I could go on about the things we talked about and how I was utterly amazed about this way of looking at movies, but let just leave it as “it changed my life”.

Ever since, I found any excuse to turn anything into a movie-making opportunity: homework, school presentations, Mother’s Day’s gift but never really contemplated it could be something I could grow up to do for a living. I’m from Colombia, and in a country where the movie industry is quite small, you wouldn’t expect a filmmaker to afford to eat anything but instant ramen, and getting good grades in high school worked against my favor when I decided I wanted to go to film school. Everyone was… I want to say supportive, but I still got stingers like “We would love to have a doctor in the family”, “Have you considered having that as a hobby?”, or my personal favorite from my Math teacher, “Are you really going to waste that brain yelling ‘action’ and ‘cut’?”.

Even though the most prominent film festival of the country is held in my hometown, Cartagena, a couple of decades back, the biggest production was when my aunt brought her video camera to the family gathering. I had to move to Bogota, the capital, switching a nice, warm, seaside city for a cold, rainy urban jungle. It was okay because I was going to school to become a film director, right?

Wrong! More than once, I found myself wondering if I had made the right decision, and being an engineer started to sound very appealing. There was something that just wasn’t clicking, and it took about eight semesters to figure out what it was. I was passionate about film and TV, but what really hooked me from the beginning was the storytelling part of it. Thanks to my mentor, my screenwriting professor, I discovered that what I really wanted to do is to write, and the very last project that we produced before getting my diploma was a short film I pitched: Problemas Técnicos (Technical Difficulties). It was a boost to my confidence that made me think I might actually not suck at this. I still remember that feeling I got when I heard the actors say the lines that I had written.

I was lucky enough to get an internship at a renowned TV production company, but it was for editing of a gossip show; picture the Colombian version of TMZ. I learned a lot about editing and which celebrity was sleeping with whom and even though being on set every day was cool, it just wasn’t my jam. So the second my internship was over, I knocked on the Executive Producer’s office and asked for a chance to write for this anthology series they produced, and I got a nod! However, I managed to screw it up.

My lack of experience shined through my pitch and I wasn’t allowed to write a single word. I took some time to feel like a failure, but then after a couple of months of working in hell — I mean, a call center, I was fed up enough to knock on the same door. This time, I had been ghost-writing for a friend who was staffed and knew a little more about the show. They were cool enough to give me another try, and I made sure to give a great second impression with the little experience I still had.

A month or two later, I got some great news: the episode I wrote had a very high rating compared to the show’s average. For whatever reason people watched it, they were convinced that I was a good writer and also managed to convince me. I became a regular writer and then moved up to be the script coordinator for that same show. Pretty cool for a potential starving artist.

After a couple of years working for that company, things started to go downhill. Ratings dropped, shows were cancelled and we didn’t have anything on air or even in production. I had been looking into taking another step and doing a Master’s in Screenwriting in LA, but the cost of the tuition was really high for the regular American, you can just imagine what that would look like for a Colombian whose Pesos are worth a third of a dollar. The future didn’t look too bright and then, the dreaded day came. Even though I saw it coming, the company had its last show cancelled and everyone was getting the boot… including yours truly. But then, after freaking out about my future, the universe did its thing; I got the email I was waiting for. I got the scholarship I had applied for!

Just like when I left my hometown to go to the capital, I packed my bags and came to Los Angeles to get a Master’s in Screenwriting at the New York Film Academy. I finally got a chance to study knowing exactly what I wanted to be and got the chance to work in the Hollywood industry for the first time. I was fortunate enough to intern at Inclusion Management. Their amazing literary manager focuses on diverse voices, mainly in the Latinx space. Being a gay Colombian writer, I was thrilled to see that there are people in the industry pushing for underrepresented talent. This made me realize that the industry and the whole world is changing towards embracing diversity and it’s our job to help them do that.

Right now, I’m working at another management company that focuses mainly on talent. Lately, they’ve been flirting with the idea of producing content and they have trusted this little Colombian writer to be on the front of that. At the same time, I’ve been working as a reader for a screenplay competition as well as working on my own projects, which I’ve been shopping around and submitting to different programs and competitions myself. Lately, I have been talking to a small production company about one of my projects… We’ll see how that goes. I will never be the doctor in my family, but I’ve managed to make them proud by following my dream all the way to The San Fernando Valley. I might eat instant ramen from time to time, but at least I’m doing what I love.

We’d love to hear more about your work.
I’m a screenwriter who has deluded himself into thinking he’s funny, which is why most of my work is comedy. The anthology series I worked for back in the day was mostly dramatic with a straight-up telenovela tone, very characteristic of what we used to do in Colombia. However, I always found a way to have fun with the format, and whenever I saw a chance, I turned my episodes into dramas full of comedy.

Rom-Coms, parodies… That’s my jam! But now that I’m here in LA, I’ve been really honing deeper into my identity, my roots. I’m all about the Latino experience; more Hispanic than a chancla, and I’ve been combining that with my style to create entertaining stories based on my culture and that speaks to my experience as a Colombian, as a Latino, as an immigrant in the U.S., and as gay man.

My most recent work are a couple of pilots with a Latino character as the lead. My passion project is based on Colombian legends: myths so ridiculous that you have no idea if you should be scared or laugh about them, so it was only natural to turn this into a horror/comedy. This is the pilot I’ve been shopping and submitting to competitions and fellowships, and lately, I’ve been working on doing a short version of the premise for a small production company that seems interested. Hopefully, it will see the light!

Hollywood is embracing diversity more than ever, and the stories with the most potential of touching a bigger audience are the ones that are much more specific. Colombia has the richest culture, like I’m sure every country does, so as a screenwriter from that not-so-little piece of land, I’ve taken upon myself to showcase our traditions, our views on life, even our stereotypes, and give whoever sees/reads my work a little taste of that… with one or two jokes.

In your view, what is the biggest issue artists have to deal with?
The expectation of the audience is higher. We are in a time in which there’s a whole lot of content out there, and the saturation makes the viewers demand a certain quality, not only in terms of the visuals but the stories themselves. As screenwriters, you always hear that every story has already been told, and that might be because we are looking at storytelling from the perspective of what has usually appealed to bigger audiences. The challenge is to be able to go deeper into what could make your creations special or unique.

Myths and legends, for instance. Everyone culture has its own for sure, but let me tell you about this very weird Colombian folktale I grew up within which a very fast one-legged woman devours promiscuous men because she was cheated on and also, she only has one leg because the other one was cut and burned with corn cobs… Weird, huh? But also very specific. That’s where the future of storytelling in the industry lies. Technology might also represent some kind of challenge to the way we tell stories. There are interactive ways to consume stories, but I’m one to think that, for writers in particular, as long as you have something great to say and a great story to tell, the format is just a compliment, not something to rely on.

What’s the best way for someone to check out your work and provide support?
All of what I have had produced so far, you can find in my Wix page. You’ll be able to see some excerpts of the produced episodes from the first couple of series I wrote for – of course, with English subtitles and even read the original scripts if you know Spanish and are feeling curious about Telenovela style screenplays. You can also get a sense of some of my produced short films and read a little of the projects I’ve developed more recently. If there’s anything that jumps out, there are many ways there you can hit me up.

As for support, I will say that it’s more about elevating diverse stories. Hollywood and the audience have been great about embracing shows that feature POC, LGBTQ or other minorities, whether it’s content or characters, but this is just a little step of everything this diversity wave could become. I’m an advocate for Latinos, of course, but I’m also talking different races, cultures, sexuality. All kinds of voices that have not been represented in Hollywood as widely as they should. Support is watching them on TV or paying a ticket to see these movies. This will help us get to a point in which they are no longer referred to as diverse stories, but just as “stories”. And this applies to the whole spectrum of the arts. 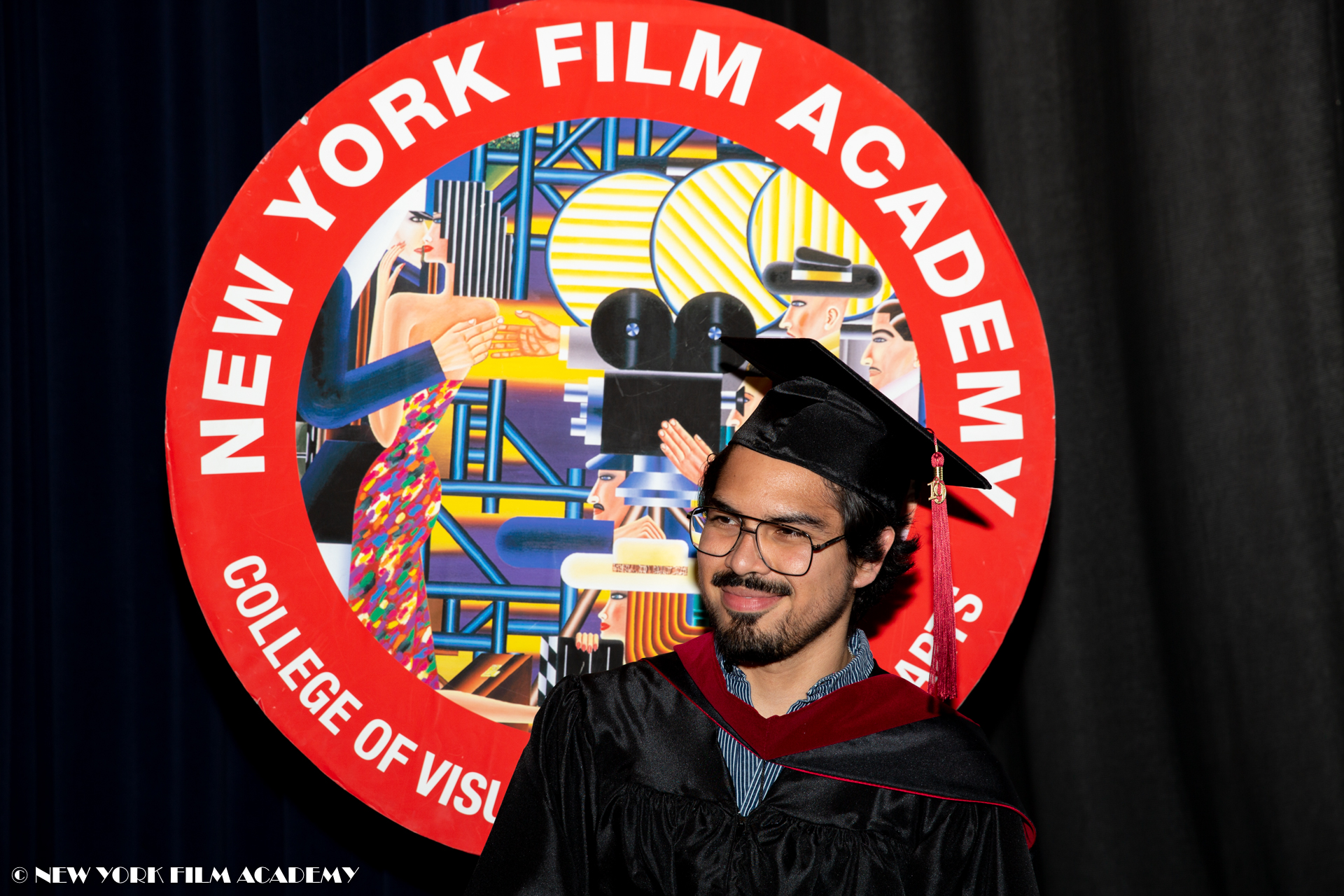 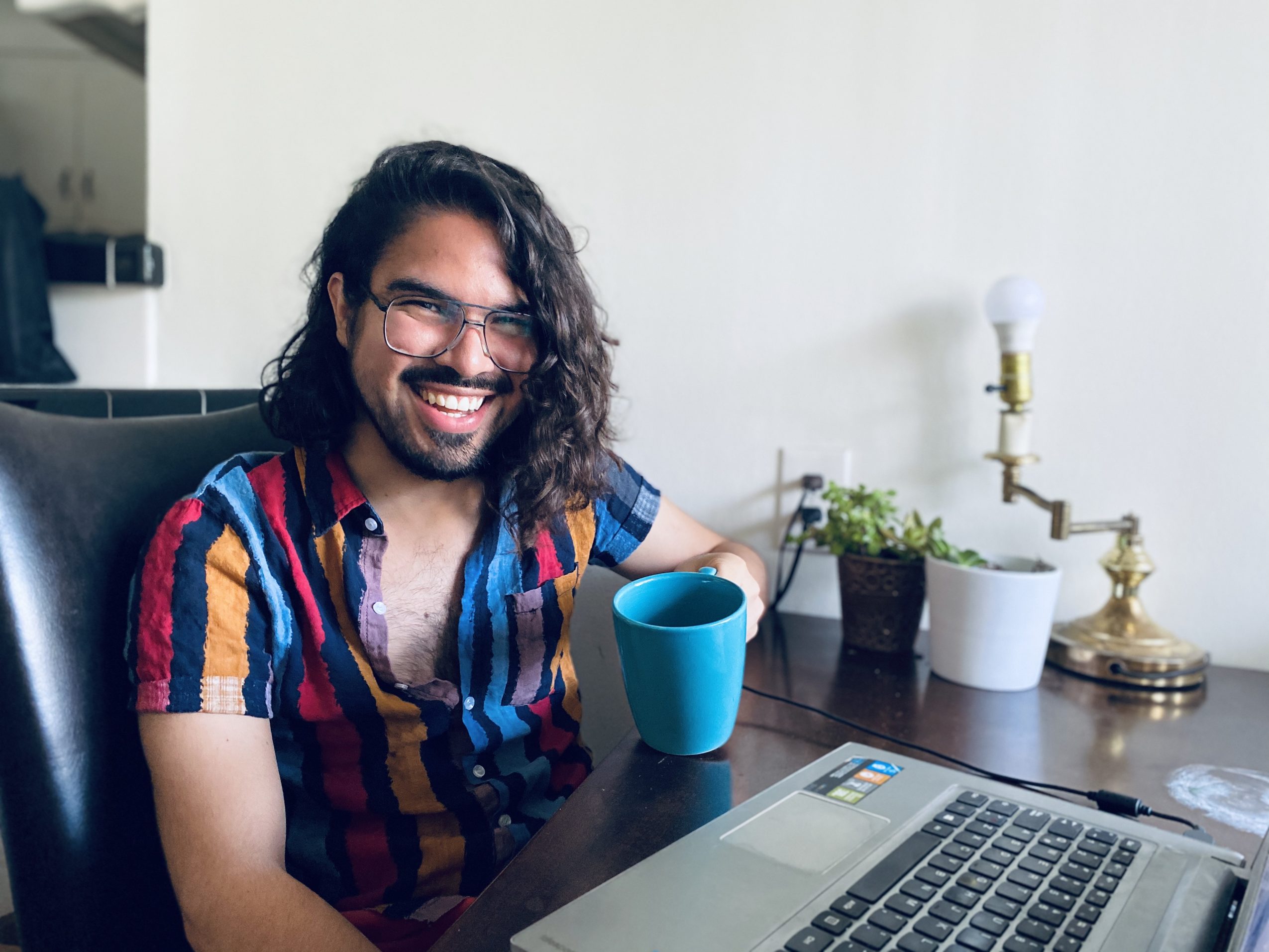 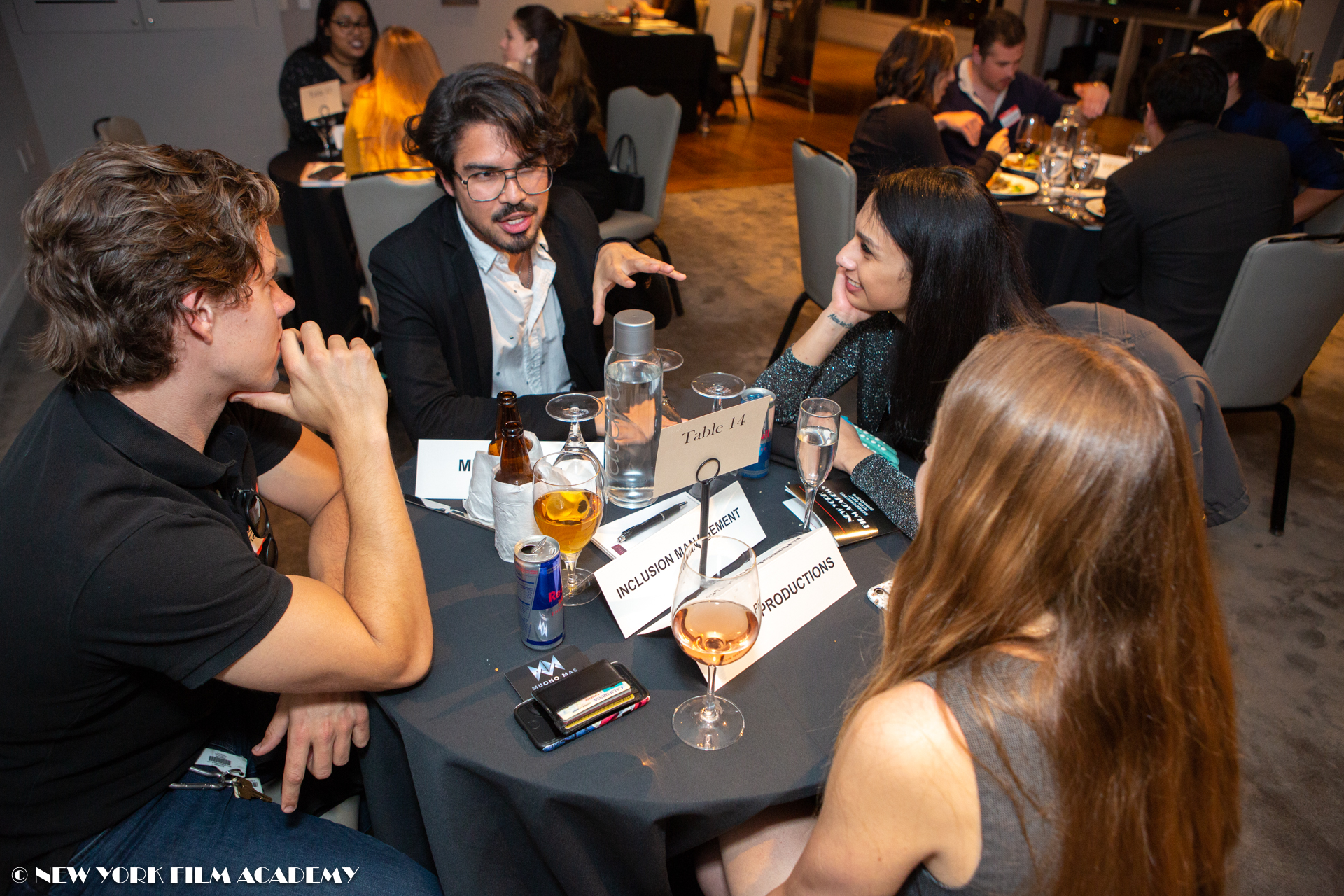 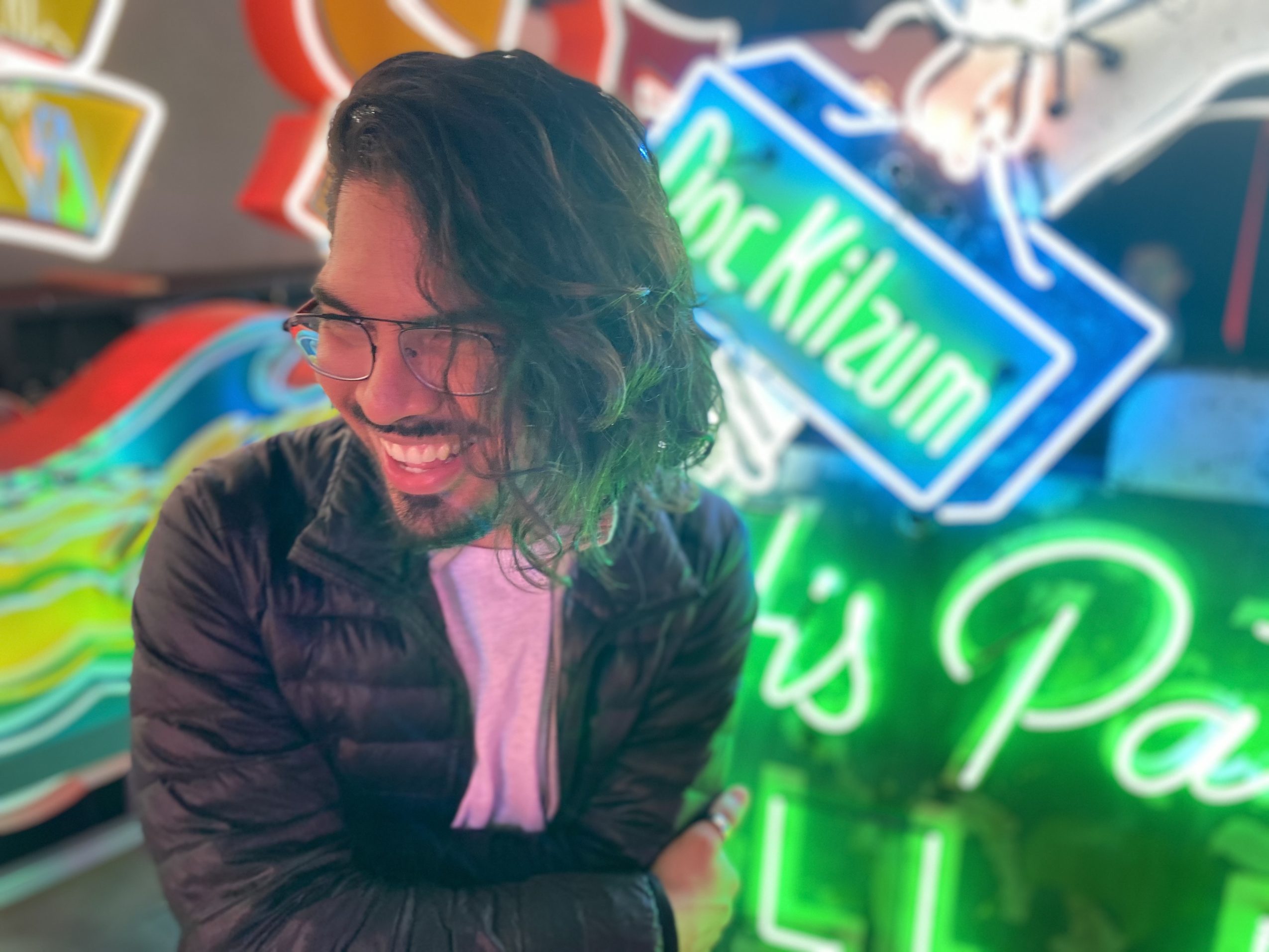