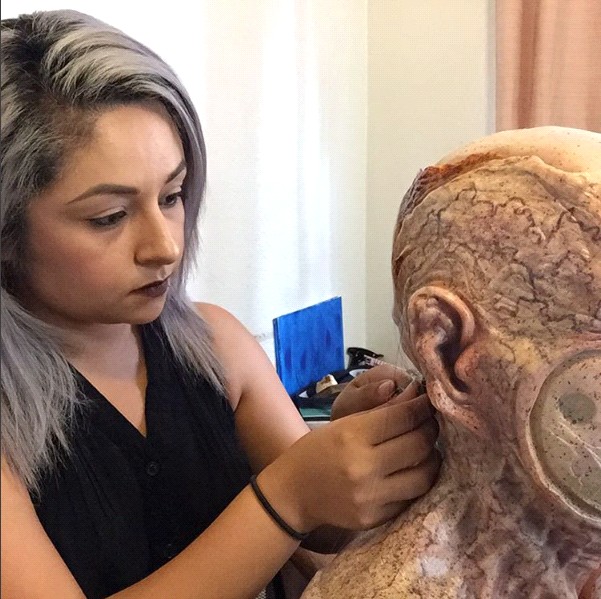 Today we’d like to introduce you to D’nelle Almanza.

D’nelle grew up as an academically gifted tomboy, uninterested in makeup.  Her goal was to work for NASA and she had began preparing for her dream job as early as high school.  After a few years, she felt burned out and her mother suggested that she should a summer off and just relax.  She followed her mother’s advice and at the end of her time off decided that she wanted go to beauty school – her family was shocked.  Some felt she was just going through a phase, others felt she was throwing her life away and a few felt it just wouldn’t work out.  D’nelle isn’t one to be swayed by others uncertainty, she was determined to do well and she enrolled in beauty school and learned hairstyling.  After working at a salon for a few months, she became pregnant with twin boys – needless to say she had to take a break from work to take care of two newborn boys.  After they were old enough, she enrolled in makeup school and realized that she had a passion for film makeup.

This new found passion coupled with her raw intellectual horsepower, work ethic and history of success has allowed her to build a name for herself within LA’s competitive makeup scene.  Her work has appeared in the press and on red carpets and she is one of our city’s rising stars.

We love D’nelle because she is the perfect mix of beauty and brains.  Check out her work below: