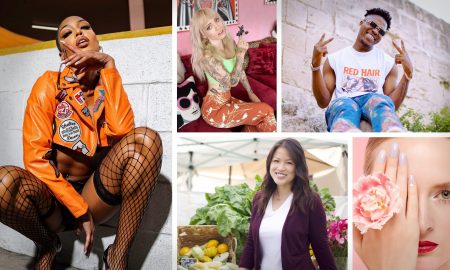 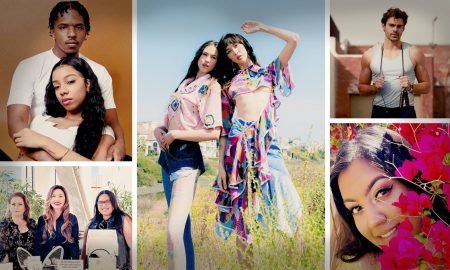 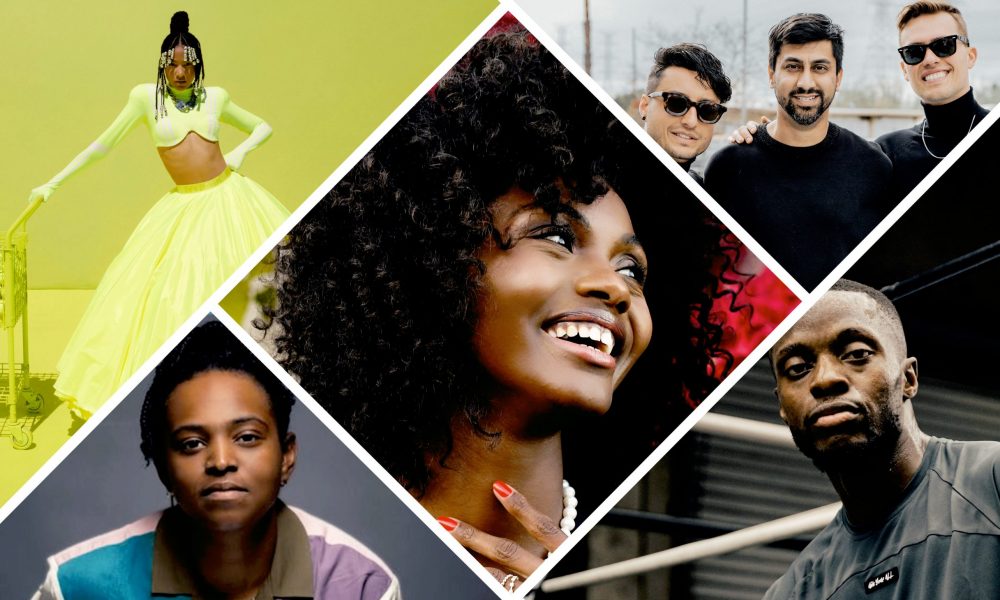 It’s more important to understand someone than to judge them. We think the first step to understanding someone is asking them the fundamental questions about who they are and how they became the person they are today. Understanding and empathy are essential building blocks for a better, more compassionate world. We’re incredibly fortunate to be able to ask these questions each week through our interview series. Below you’ll find inspiring interviews from in and around Hollywood. 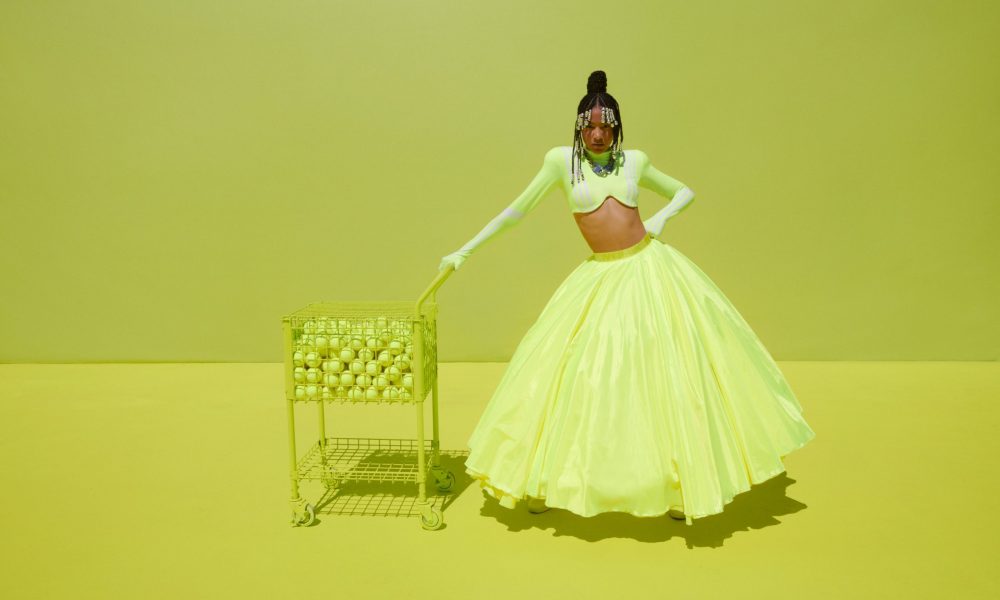 My move to LA was my ultimate leap of faith. What originally started as a month stay to get a feel for the area, turned into two additional months, to officially moving. My decision to move was a no brained after having the amazing opportunity of singing alongside Beyoncé during my third month here. From that opportunity to the ones I am presented today, all stem from networking and being myself. I am never afraid to meet new people and build new relationships. I also remain true to who I am in any room that I step foot in. Networking is key. Read more>> 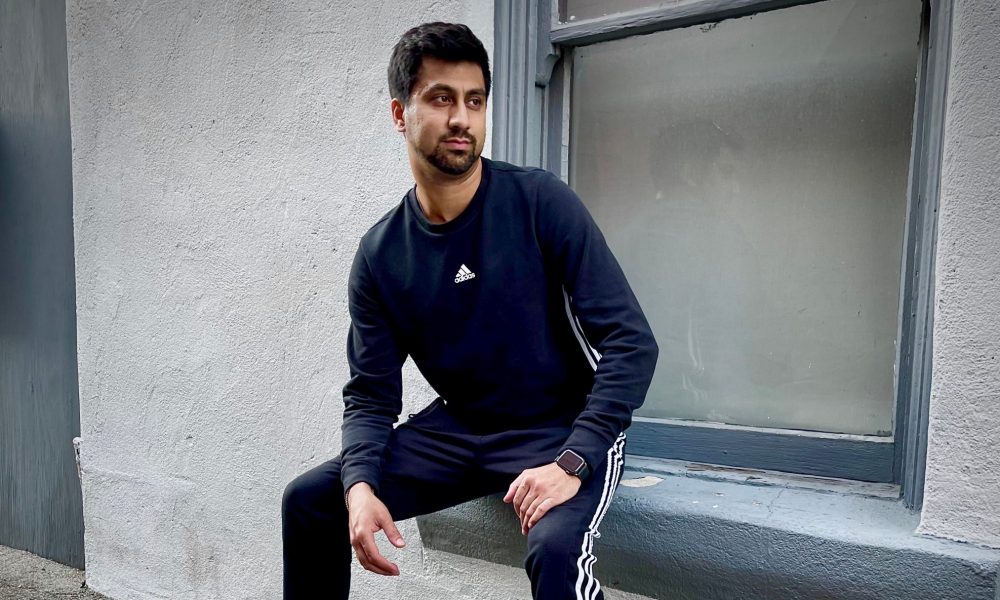 Raised in Fairfax, Virginia to immigrant parents that moved to the states in the 1990, when I was 2 years old. I watched my parents start from working minimum wage at McDonald’s to delivering packages for FedEx and eventually becoming the success stories they are today. My parents studied hard then got into IT during the early days of AOL which heavily influenced me to get into the same field. I worked in software development until the age of 28 when I realized I was struggling to find happiness and fulfillment. I remember feeling so frustrated with life one day after a rough conversation with my mom and knew I needed to make a drastic change. It was now or never. Read more>> 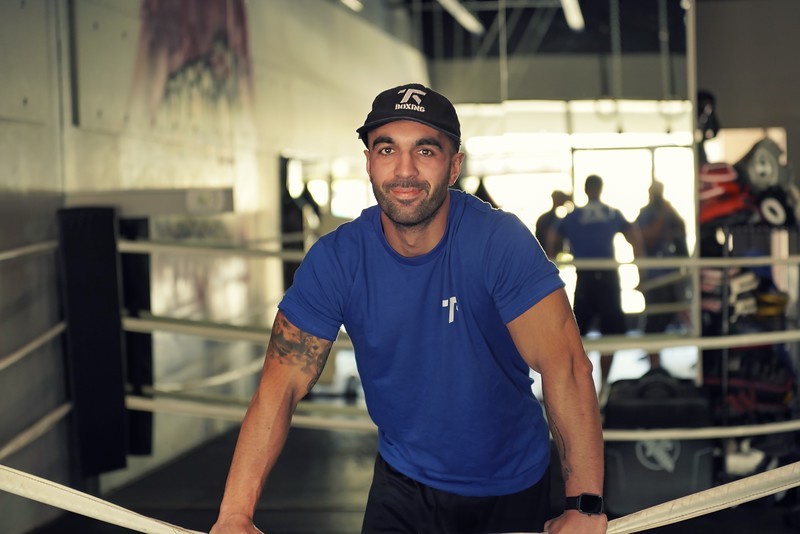 I am Greek-Albanian i was a professional boxing fighter and i came in US 6 years ago. I came without knowing anyone i wasnt speaking english i had no money and living in a house with 16 more people, so while i was training to fight professional boxing i had to make money for living so i start working in a pizza place and eventually in restaurants. Due to some inconvinience i wasnt able to fight but my passion for boxing was always there, so i started training people while i was working in the restaurants. Read more>> 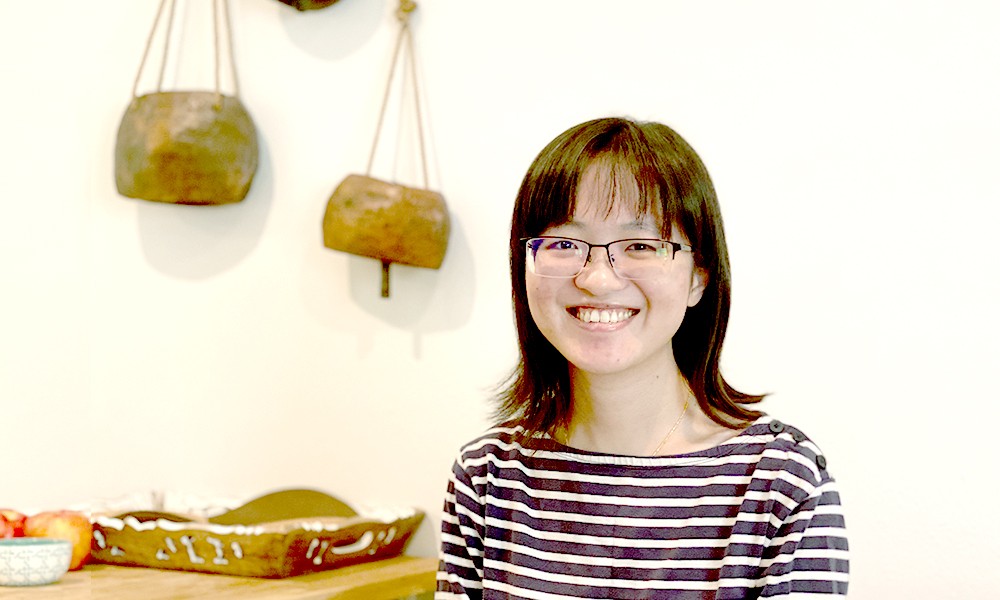 It took me over ten years to figure out what I really wanted to do as my career. I was born in Taiwan. I was the kid who always doodled on her textbook but was not good at the study. I loved drawing, comics, and movies, but was not interested in studying at all. That caused me always felt not confident about myself until I finished high school. The only thing that could make me proud of myself was drawing. I didn’t know what should I do during that time. Struggled with my study and application to college  Read more>> 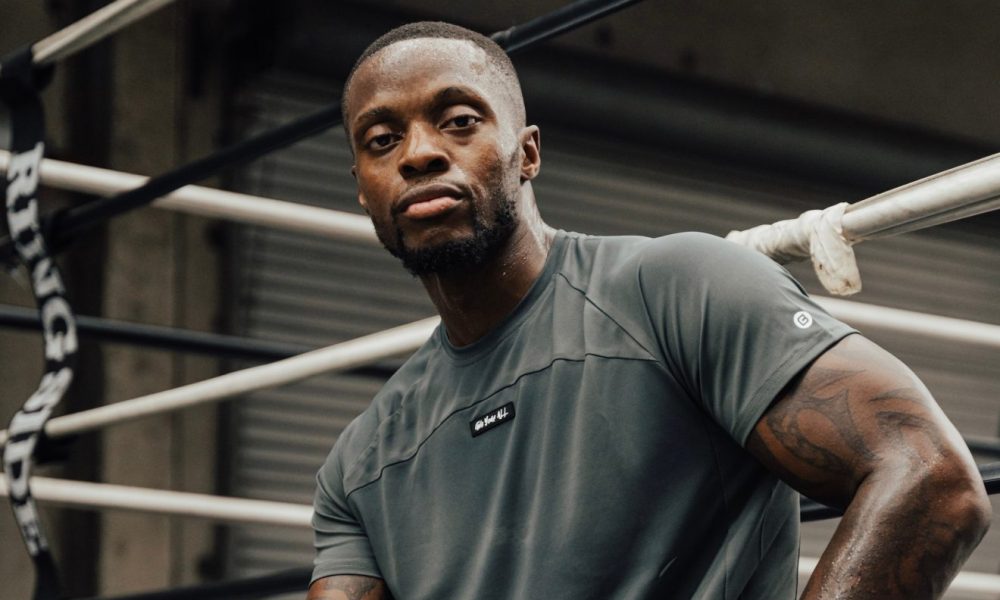 A first generation born American kid to a West African mother who came to the United States to give her children a better life, growing up in a small 2 bedroom apartment 4 siblings and my mother I grew up first hand witnessing the meaning of sacrifice and hard work through a ton of ups and downs. A majority of my life was being raised in Washington D.C. and Virginia. Sports and Martial Art played a huge factor in my life growing up as an athlete wasn’t much of an option for me, it was a way for my mother to keep me out of trouble and away from things that she knew would hinder my growth as a good person.  Read more>> 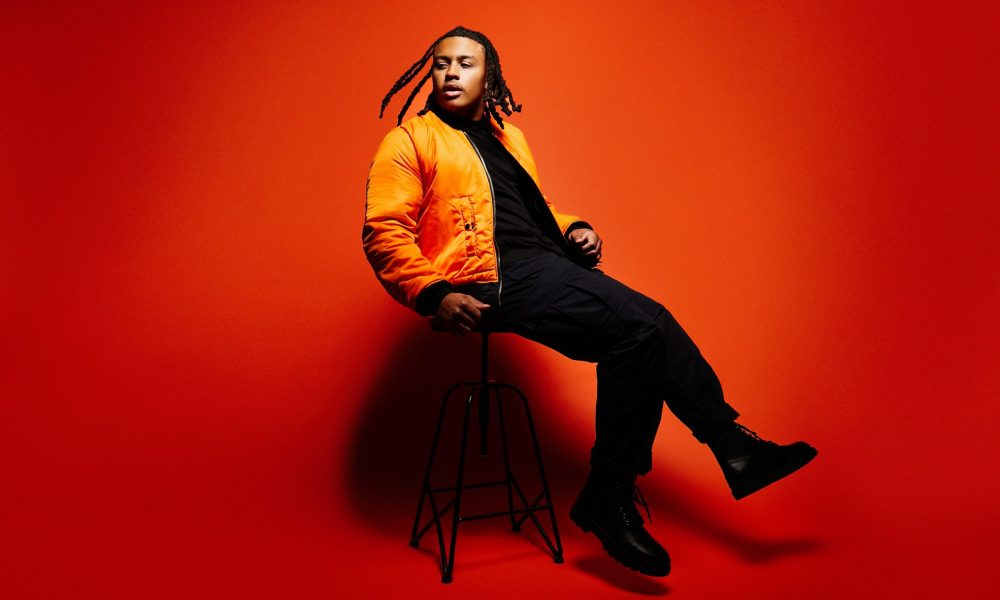 Born and raised in Ohio. I started making music in college in 2017. I learned to record, mix/master and produce my own music over the years. It all started as a hobby and developed into a passion. Since then I’ve been synced with the NFL, HBO, Paramount, and Bally Sports. Read more>> 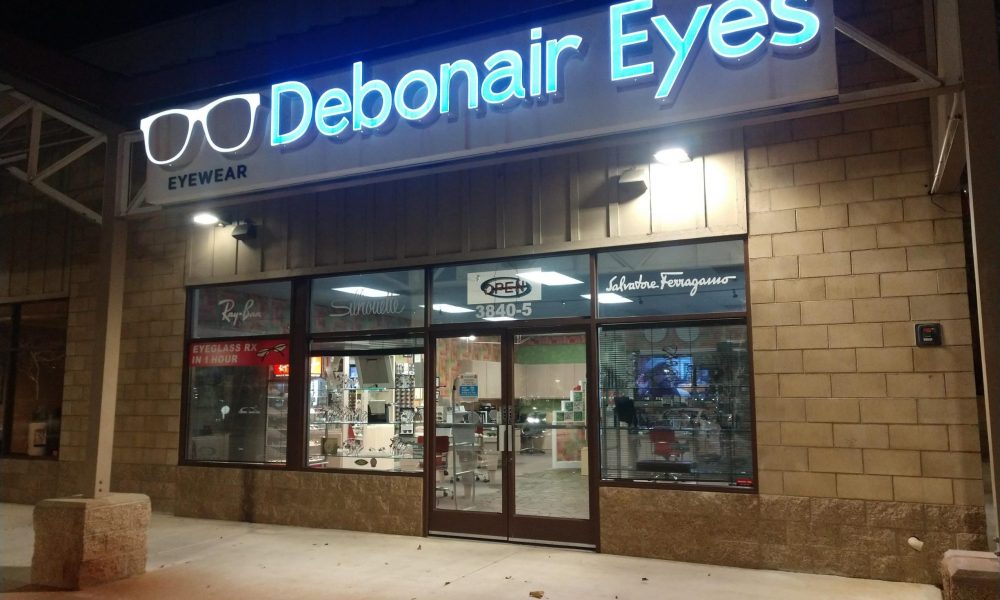 I was raised in Santa Maria, CA (just inside Santa Barbara County) during the late 80s and early 90s to two loving parents. My father was a young Optometrist, and my mother went to work with him as an Optician in 1991. I got more and more interested in the medical field after realizing my dreams to be an N.B.A. basketball player fell through (I rode the bench in a small town for 3 years and boy was my rear end sore). As a senior in High School I decided to work instead of play sports. This ended up being the right move for me. Read more>> 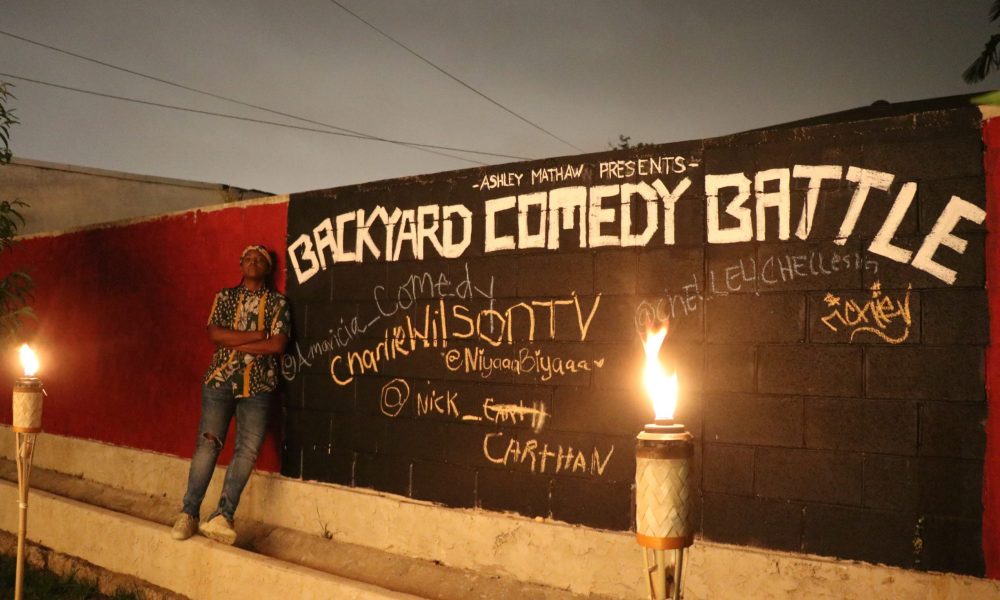 I grew up on the westside of Detroit with my two sisters, brother, my mommy and dad. I had a big family outside of my intermediate family and we saw each other everyday. We were close knit. We got to play outside until the street lights came on. Detroit usually gets a bad rep but I have gotten to experience a better side of the city. I loved growing up in Detroit. Read more>> 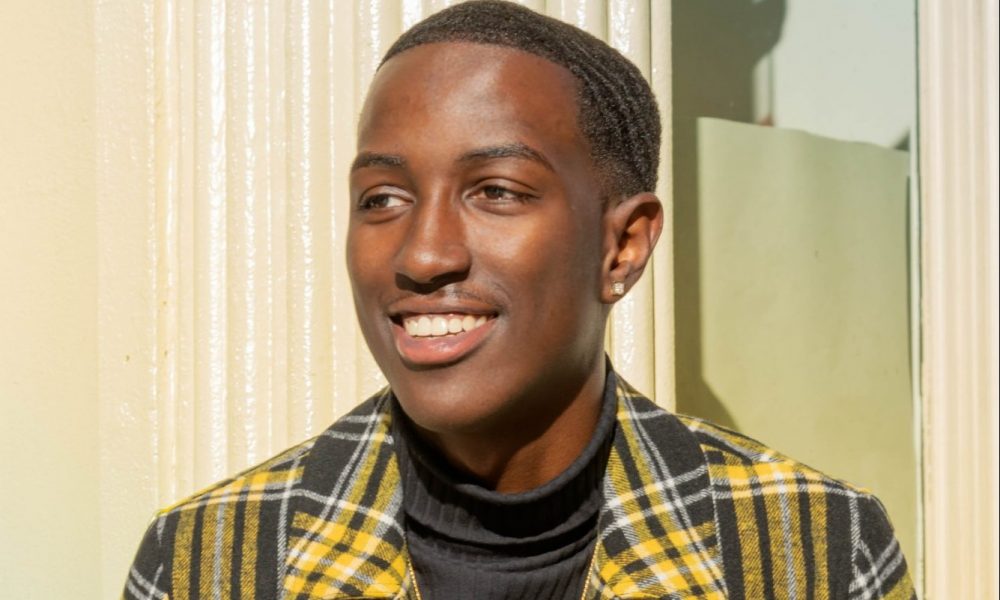 Diallo Duke (born January 27, 1999) better known as “Holli”, “HolliTv” Is a popular Actor/Comedian/ Entertainer best known for the comedic skits he posts to his “HolliTv” accounts on Instagram, TikTok, Youtube & more. He has earned over 200,000 followers on both his Instagram & Tiktok accounts. HolliTv launched his TikTok account in September 2019 and has now accumulated over 3.1M likes in a year. He has posted relatable videos and posts that can encourage people to be and love the real them.  Read more>> 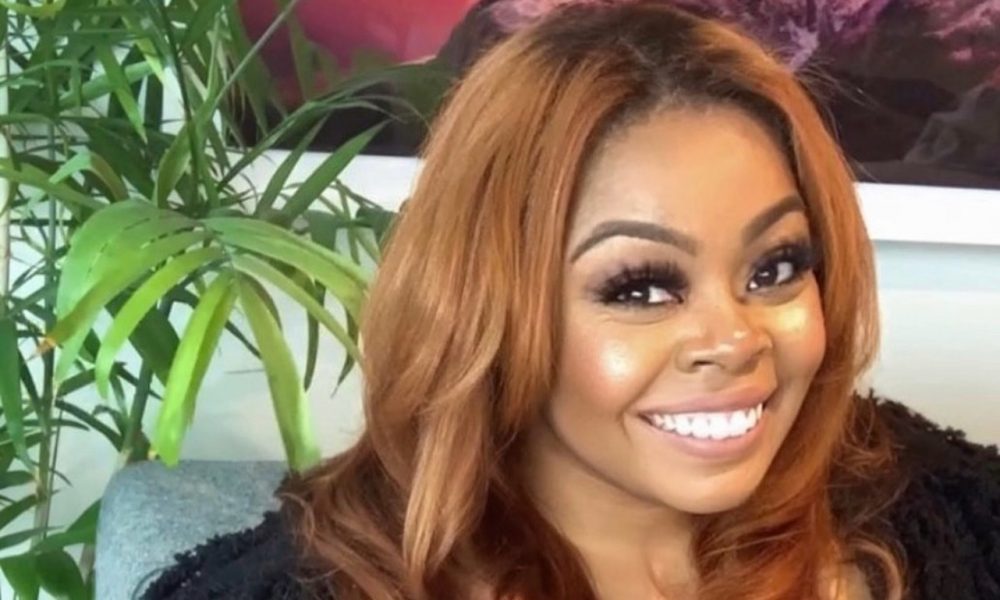 Growing up, I faced many disadvantages of discrimination in a school system where me and my sisters (Jolie and Nia) were the only African Americans in K-12. Having educators doubt your potential at such a young age had a major impact on my confidence for success. It wasn’t until the age of 13 in Ms. Naganawa’s elective course for “Creative Writing” where I felt someone outside of my family believe in me and nurture a budding talent. Writing has always been an outlet for myself and very pivotal to my career journey. Read more>> 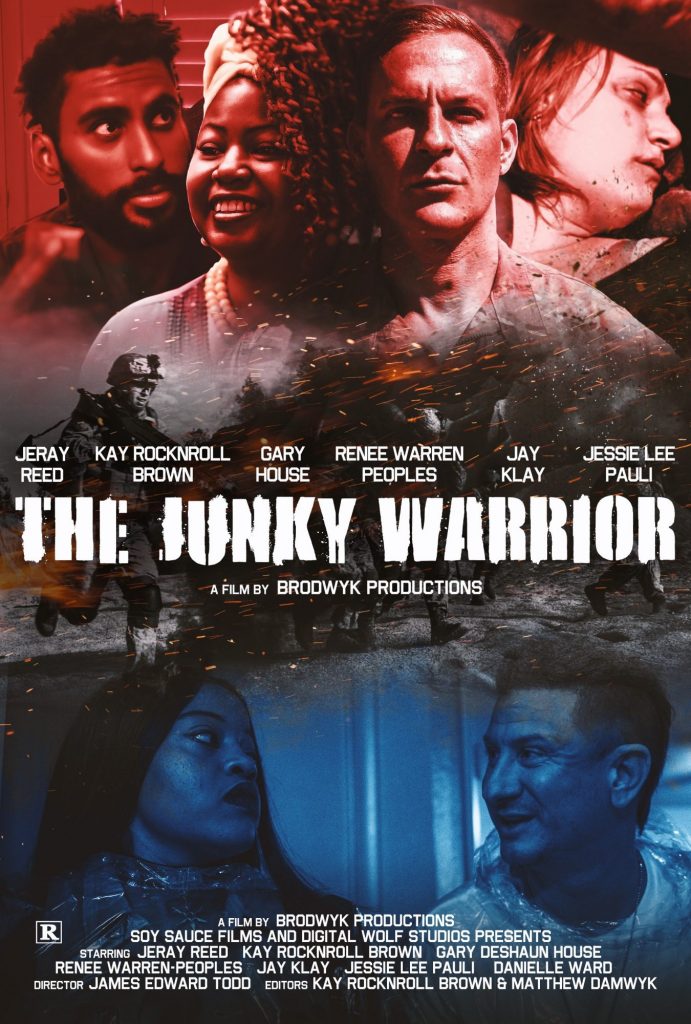 I was born in Manhattan, NYC to a mother whom was a nurse at the time as well as to Disk Jockey. Shortly after beihn born, around the age of 3 I was transported to Texas, where I resided in San Antonio until I was 21 years old. Moving to Corpus Christi Suburb, where I founded a janitorial business Tip-Top Cleaning whom still operates today in Nevada. In 2017 Hurricane Harvey arrived at our shores in Corpus Christi- encouraging me to uproot not only myself but my daughter and her father as well. Once arriving to Nevada I was told I should model- just like the movies- but my journey wasn’t always as lucky as it seems. Read more>> 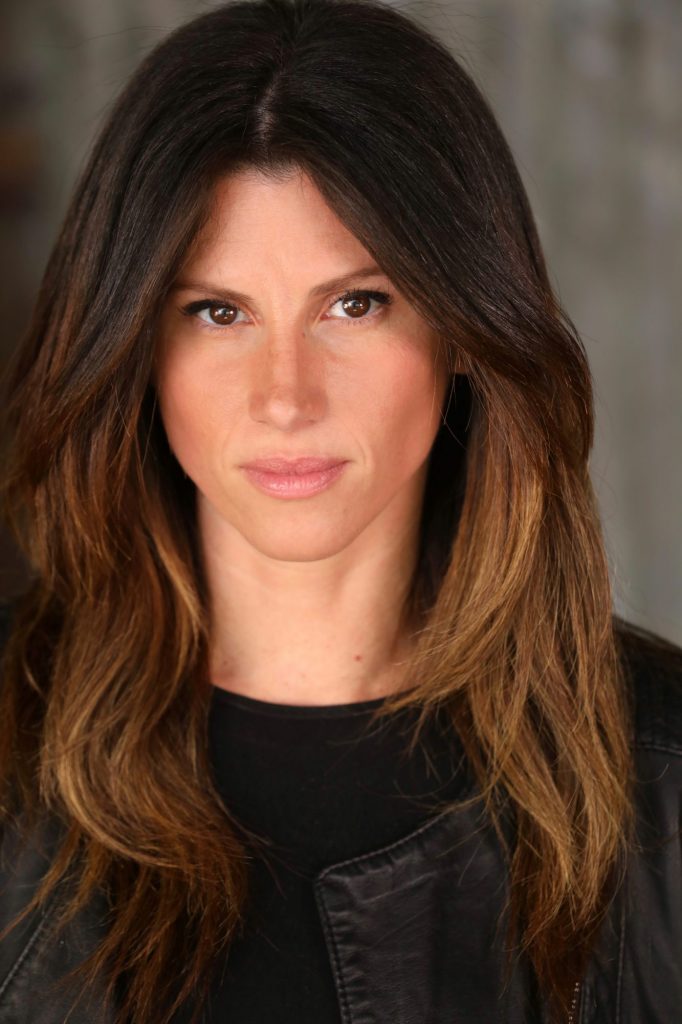 This is my fourth year here in LA as an actress and it’s bean an amazing journey so far. Working on several short films during the first couple of years in the City of Angels helped me to develop so many different skills and acting techniques that I didn’t acknowledge during the acting school. I’ve had the pleasure to work with lots of incredible and inspiring filmmakers who opened up my mind in so many different ways and contributed to make me a better artist. As an actor I had to commit with the fact that the entertainment industry is a jungle, is wild and it’s scary and fascinating at the same time. Read more>> 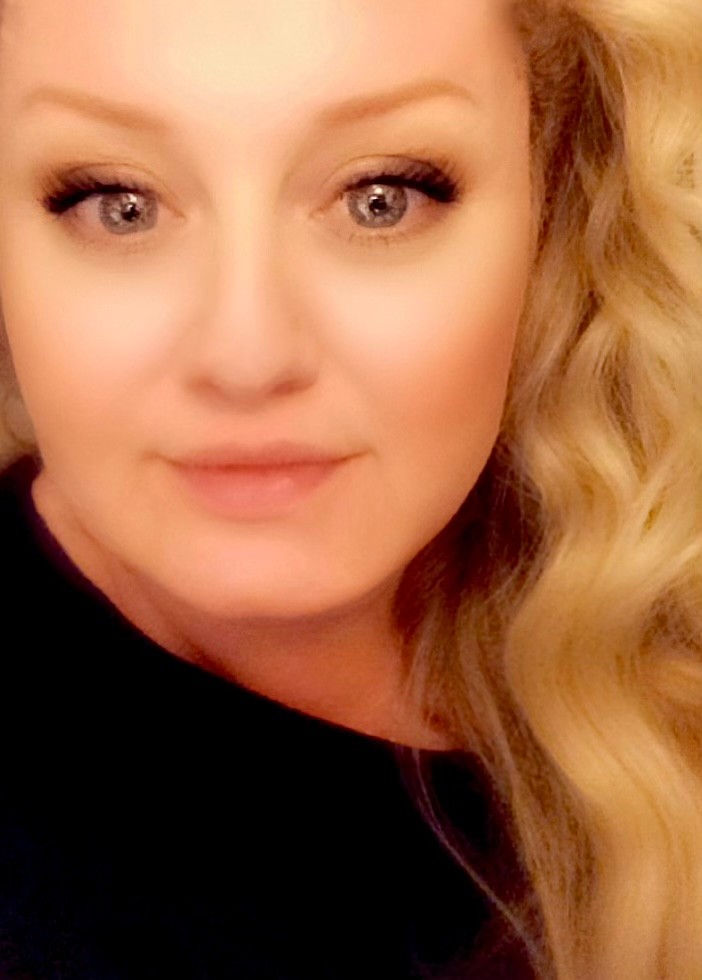 My name is Dena. I grew up in a small rural town. I was raised by a beauty queen mom surrounded by make up, music fashion and art. As a child I would paint my Barbie’s nails and give my cousins makeovers. As teens my friends and I spent hours doing our hair, putting outfits together and watching music videos. We talked about plans to leave our sleepy little town. One day I got a license and did just that. My first job in LA was in West Hollywood on Robertson. Robertson was a celebrity hotspot at the time with stores like Kitson and Ed Hardy being all the rage. Read more>> 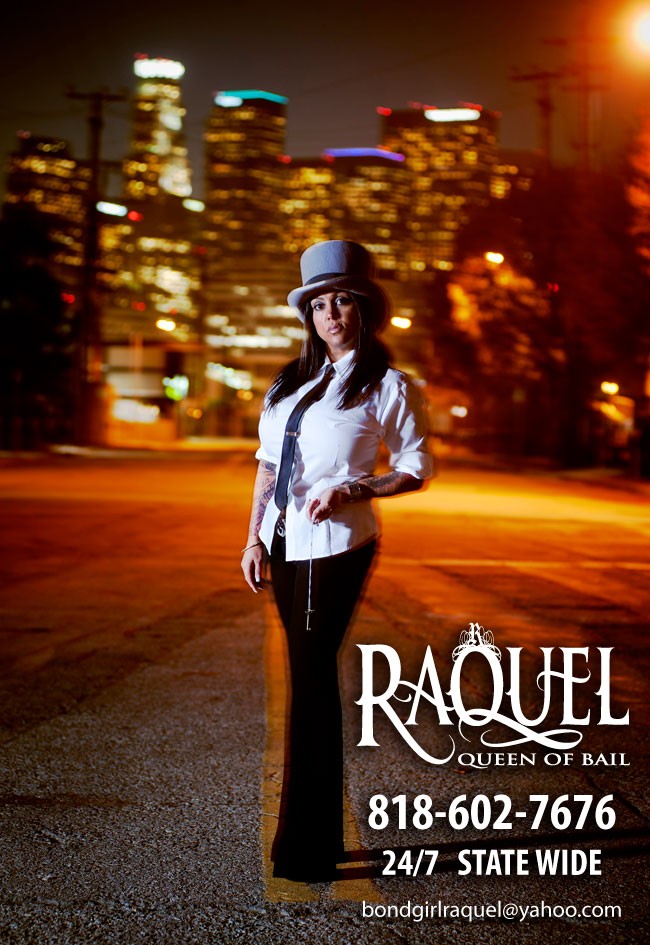 This is a great question: How does a young girl in Hollywood become a bail agent? What could possibly have triggered that? I promise you I never dreamed of becoming a bail bondsman. This career fell in my lap, and not knowing what I was getting into, I decided to run with it. The passion may not be specific to your dreams. But if the opportunity is there give it your passion and everything you’ve got! RAQUEL QUEEN OF BAIL has a book coming out that tells all of the dirty details of this unknown mysterious business! Read more>> 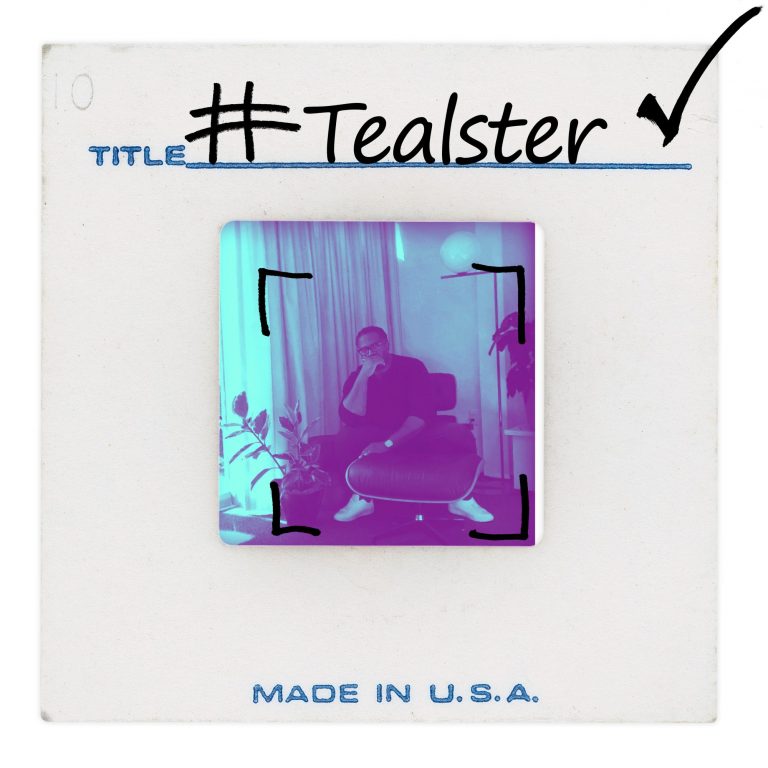 Art, Music, Film and Photography has always been elements of me. Blessed to do the things I’ve loved since childhood. As a Photographer I’ve worked on TV Shows, Films, Private celebrity events, and have had my work in over 30 magazines and newspapers. As Art Director of Photography for Cue the Culture Magazine, creating art on images has been an added bonus, because I get to design from what I see to building a world around each image. Read more>> 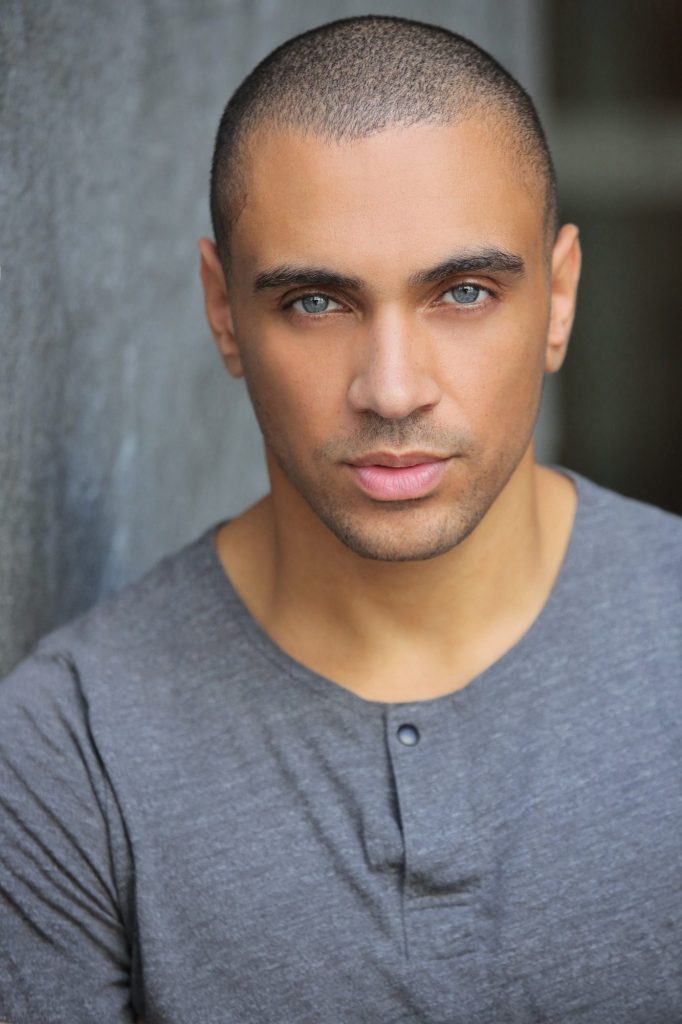 I grew up in the small town of Taunton, Massachusetts, which is located 45 minutes south of Boston. Growing up, I fell in love with watching movies at a young age. It created a feeling of how a movie or show had the potential to take you away from your reality and have you pause and think about things differently, which became something I greatly admired. Upon graduating high school, I started taking acting classes that summer in Boston and it deepened my passion for acting even more. Read more>> 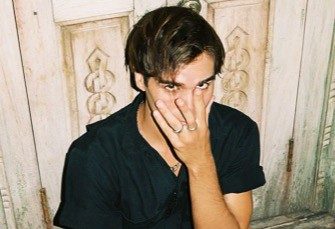 Oh man, my story is a wild one that’s for sure. How do you sum up your life journey how you started and how that led you to where you are today? I was born in Los Angeles CA and was instantly thrown into entertainment when I started booking roles on television with my twin brother Kevin at the age of two. My father is a phenomenal artist, painter, graphic designer, and photographer I was definitely blessed to be raised in a supportive creative household where we played music, watched old films and used photography darkrooms. Read more>> 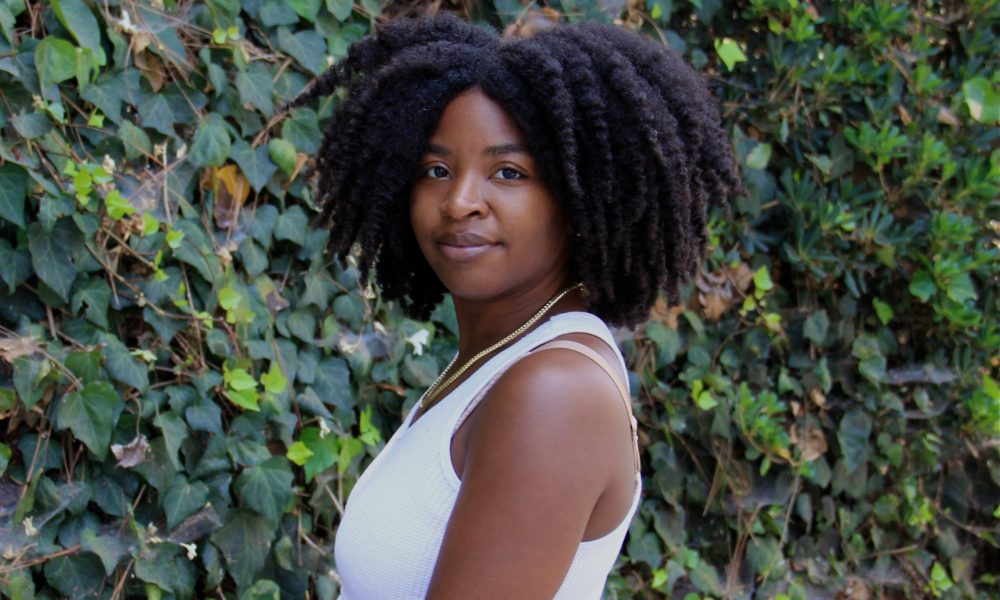 I’ve been living in Hollywood since 2013, though I’m originally from South Florida. I’ve always loved stories and storytelling from a young age. Especially books and movies, two forms that are intimately connected for me. They gave language to the things I was unable to express. Growing up, I was (and still am) an intensely emotional and sensitive person, so books and movies became a haven for me, offering portals to slip down, a way of encountering other modes of being and perceiving. Read more>>