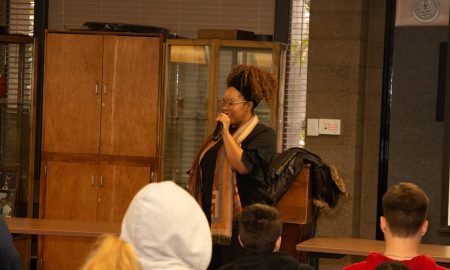 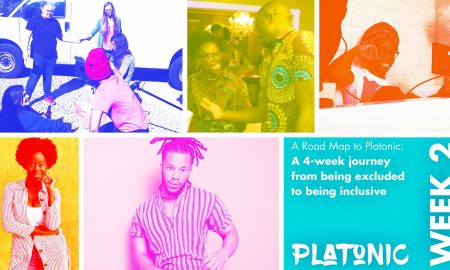 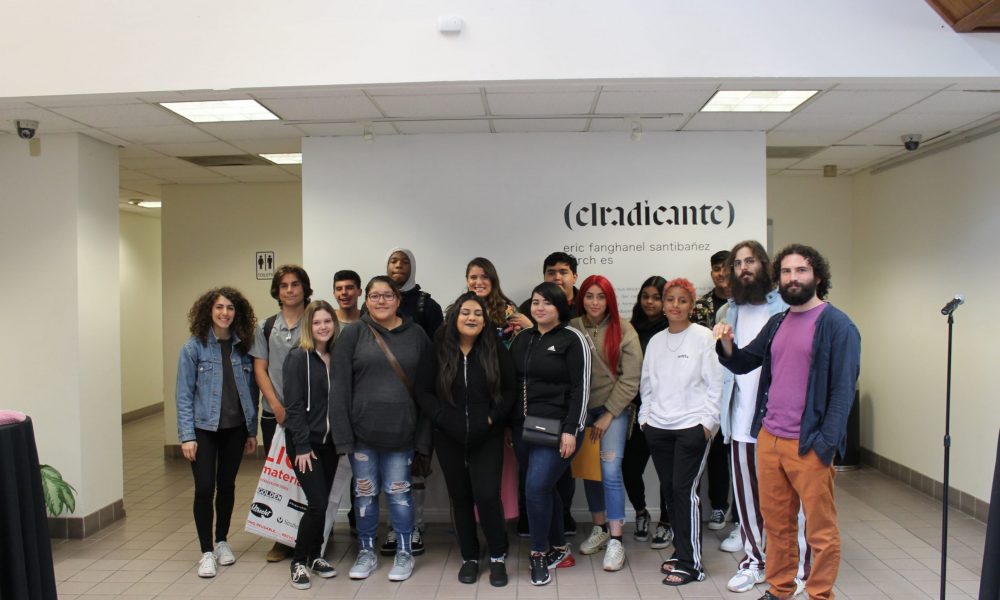 Roberta Bárcena , Cultural Manager, Department of Cultural Affairs at the Mexican Consulate in Los Angeles recently introduced us to an art installation by Eric Fanghanel and Parch Es in the CCCM in Los Angeles.  The installation challenges the fixed idea of identity and proposes an everchanging, fluid, moving identity in exchange. Below you’ll find her interview with the artists. 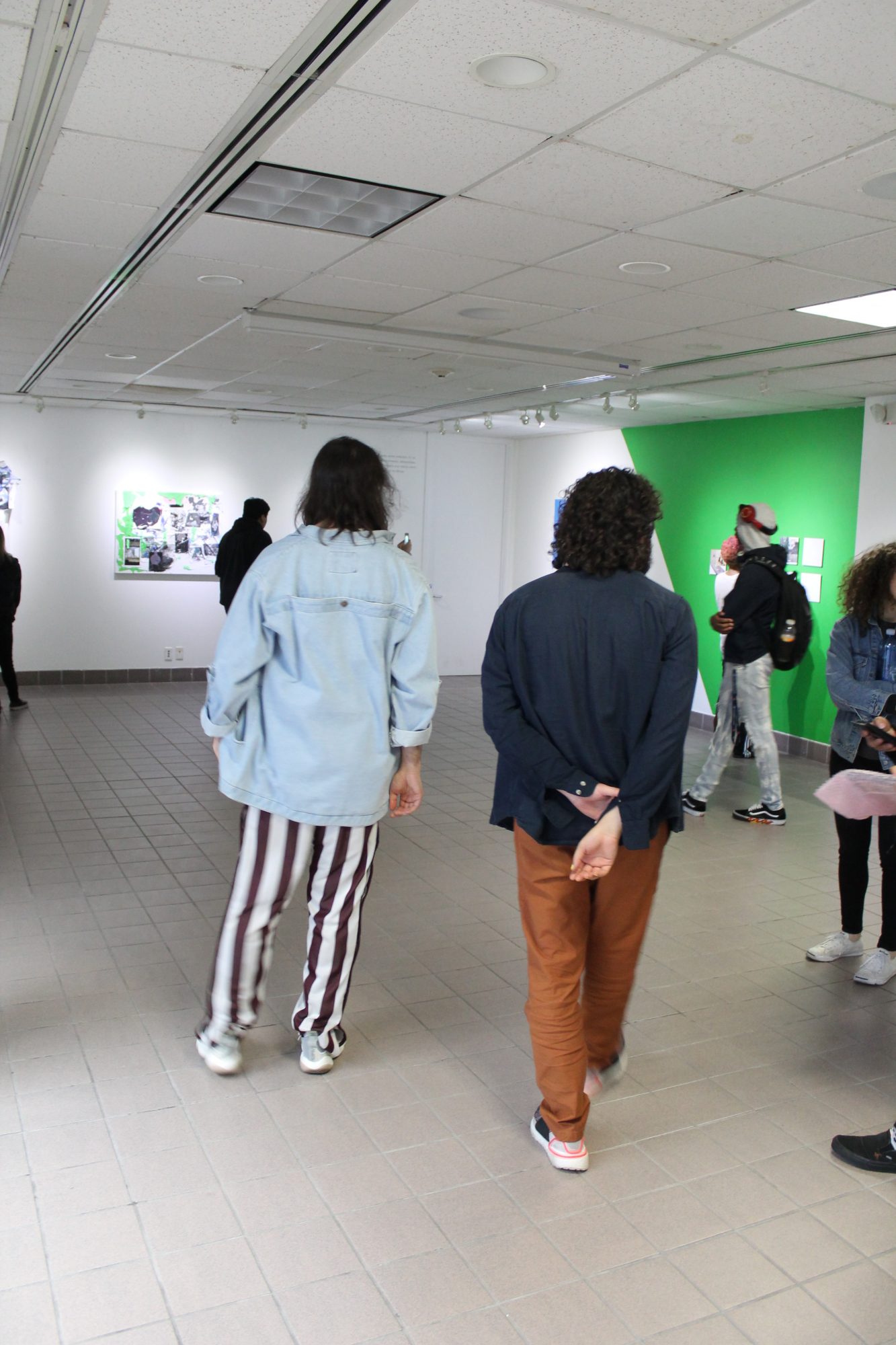 If you have read me before, you know I love to write in the first person, because sharing stories is about points of view and I can only speak clearly from the vantage point I stand on… I had the greatest privilage to work with both Eric and Parch Es as the curator for their exhibit, and I have to say, I am convinced of their perspective.

Art has always been a way to express ideas, feelings, emotions, political agendas, you name it… but in this case I believe both Fanghanel and Parch Es are inviting us to become whole by understanding that we are all connected. They portray this in their art by bringing in elements like slime, technology, internet images, fan page snapshots and comment threads.

The idea of their art installation is for people to immerse themselves in the theme, to question their identity and the origin of the things that people consider their own, and maybe to plant the seed of this idea of constant recontextualziation and resignification of identity. I believe if we all shared this inviting point of view we would see each other in a different light; we would see each other as humans or just plain fun gypsy wanderers. Who knows?

If you visit the show you might not get this incredible subtext right from the get go, but if you step in the shoes of the traveler, wanderer, you might start exploring the installation with a sense of wonder and curiosity and discover the beautiful messages this two young contemporary mexican artists have shared.

Ok, ok, so now the real juicy stuff… the interview with these talented men.

Can you talk about your background, in terms of education, type of artwork you produce?

Parch Es studied recorded music and philosophy in New York, while Eric studied industrial design and critical theory in Mexico, after which he relocated to Berlin. Later we both came to LA for grad school, doing transdisciplinary media arts programs at CalArts and UCLA. We produce work that moves fluidly across media boundaries, spanning from painting and sculpture, through performance and installation, to virtual reality and social experiments. We like to think of the work using the term “assemblage”, which can mean both “collage” and “network”.

Tell me about your influences, such as other artists, events, elements of popular culture?

Growing up in a giant metropolis, raised on the internet and having had radicant lifestyles, we have been exposed to an accelerated torrent of information from an early age and through our working careers. We like to borrow indiscriminately from online culture, from writers like William Burroughs and Julio Cortázar (“There was a time when I thought a great deal about the axolotls [… ] Now I am an axolotl.”), from boleros and tríos, and from speculative thinking and science fiction.

Describe the evolution of your work and the history of your ideas.

Our first project together was called Loop, a multimedia album-object featuring collaborations by a few dozen artists living around the world. Here already we were interested in exploring decentralized and distributed identities mediated by technology, a way of producing work that was less linear and blurring the boundaries between individual and collective creation. Since then our work has branched out into new forms, but remains concerned with assembling elements both original and appropriated to disrupt linear identity.

What was intriguing about showing your work at the CCCM that prompted you to seek the space?

For all the rightful complaining one could do about state support for the arts in Mexico, we are very fortunate to have this space and this team dedicated to promoting Mexican art in Los Angeles. The context was also a perfect opportunity to address the themes of radicancy that are prevalent in our work.

How have perceptions and experiences of Los Angeles impacted your choices as an artist?

In El Laberinto de la Soledad, Octavio Paz discusses his own experience living in Los Angeles which made him question his condition as a Mexican in ways he might not have otherwise. Our own experiences living in various cosmopolitan and international cities have forced us to reconcile with our identities as reconstructed and re-articulated in their displacement. While Paz looks to describe the essence of the Mexican, we have become more interested in the ways that Mexican identities exist today as a collage//assemblage, always already syncretized and scrambled.

Tell me about the impact you hope to have through your collaboration with the CCCM with the mexican community as well as residents and visitors of Los Angeles.

Our hope is simply to provide some original strategies of the itinerant (radicant) condition. The circumstances and experiences of the Mexican community in Los Angeles are far from universal, yet no foreigner can help their identity being transformed and re-signified in a changing context. In this show we hope to offer our own perspective of that, and also to expand and diversify the meanings of Mexican art within the cultural discourse of Los Angeles.

Can you share with me what you think, believe or hopes an artist brings to the conversation, through your artwork, its placement or medium?

Depending on the artist, piece or context there could be multiple and contradictory meanings to bring to a conversation (and which conversation?) and it’s hard to decide a priori what somebody will get out of a piece. However, we do hope that at least our audience comes out with, if nothing else, a sense of wonder.

What was the most exciting aspect of working in this space?

The opportunity CCRM offered of turning our virtual reality installation into a full exhibition allowed us to expand on the themes in the piece working in diverse media, and gave us a chance to delve more deeply into painting and sculpture and draw from our experiences and perspective as Mexican citizens and world travellers.

Learn more about the artists:

The Mexican Center for Culture and Cinematic Arts of the Mexican Consulate in Los Angeles (CCCM) has a very clear objective, to promote Mexican culture and Mexican and Mexican inspired creatives. The venue is open to the community, to use and partake on the multiple activities and events that take place weekly. All the events are free and open to the public, and go by a first come, first served basis.

If you are mexi-curious, you love Mexican culture, or if you are a Mexican artist or your work is inspired by Mexico and its people, please don’t hesitate to contact the CCCM and pitch your project. This Cultural Center is a space for the community to call home. 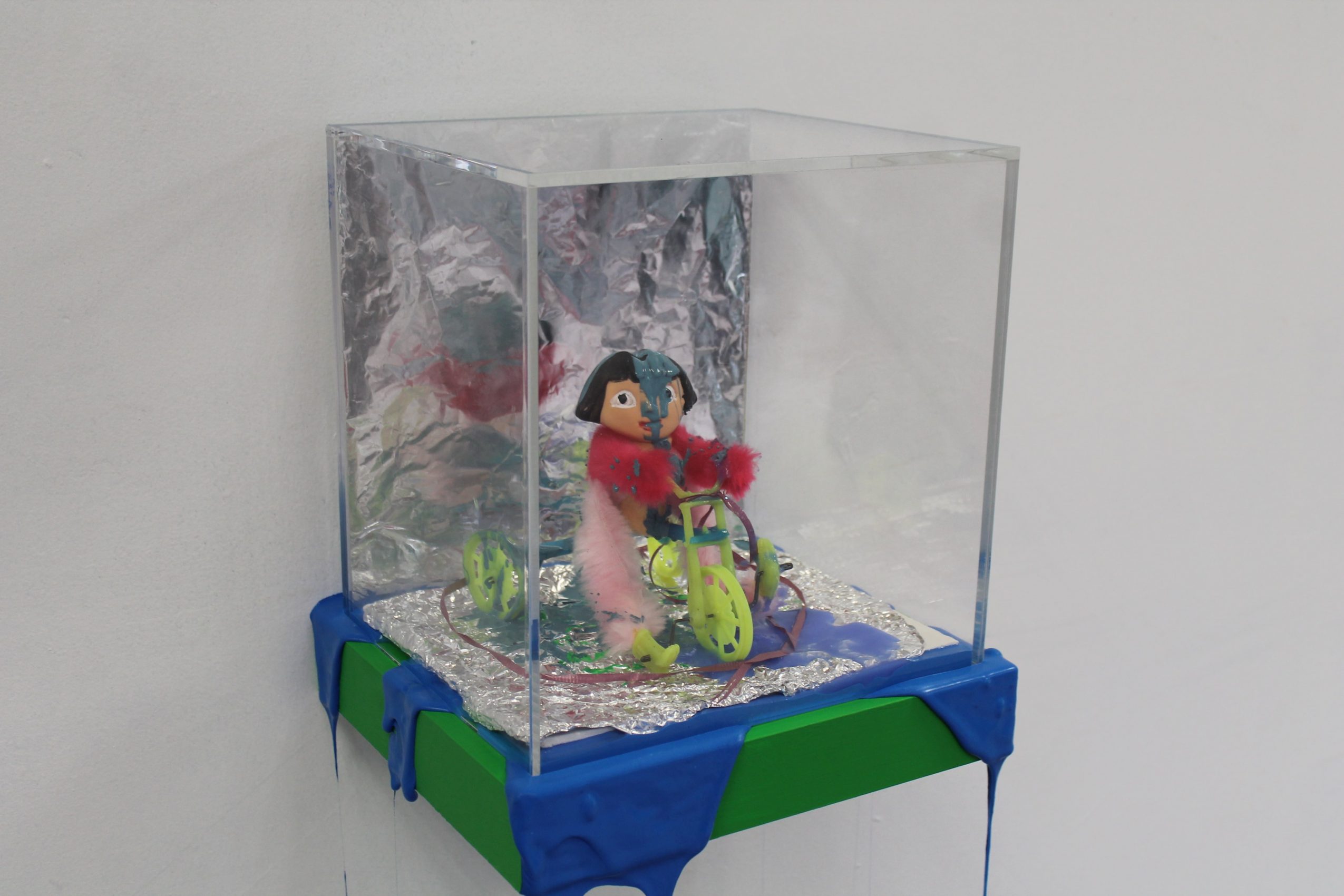 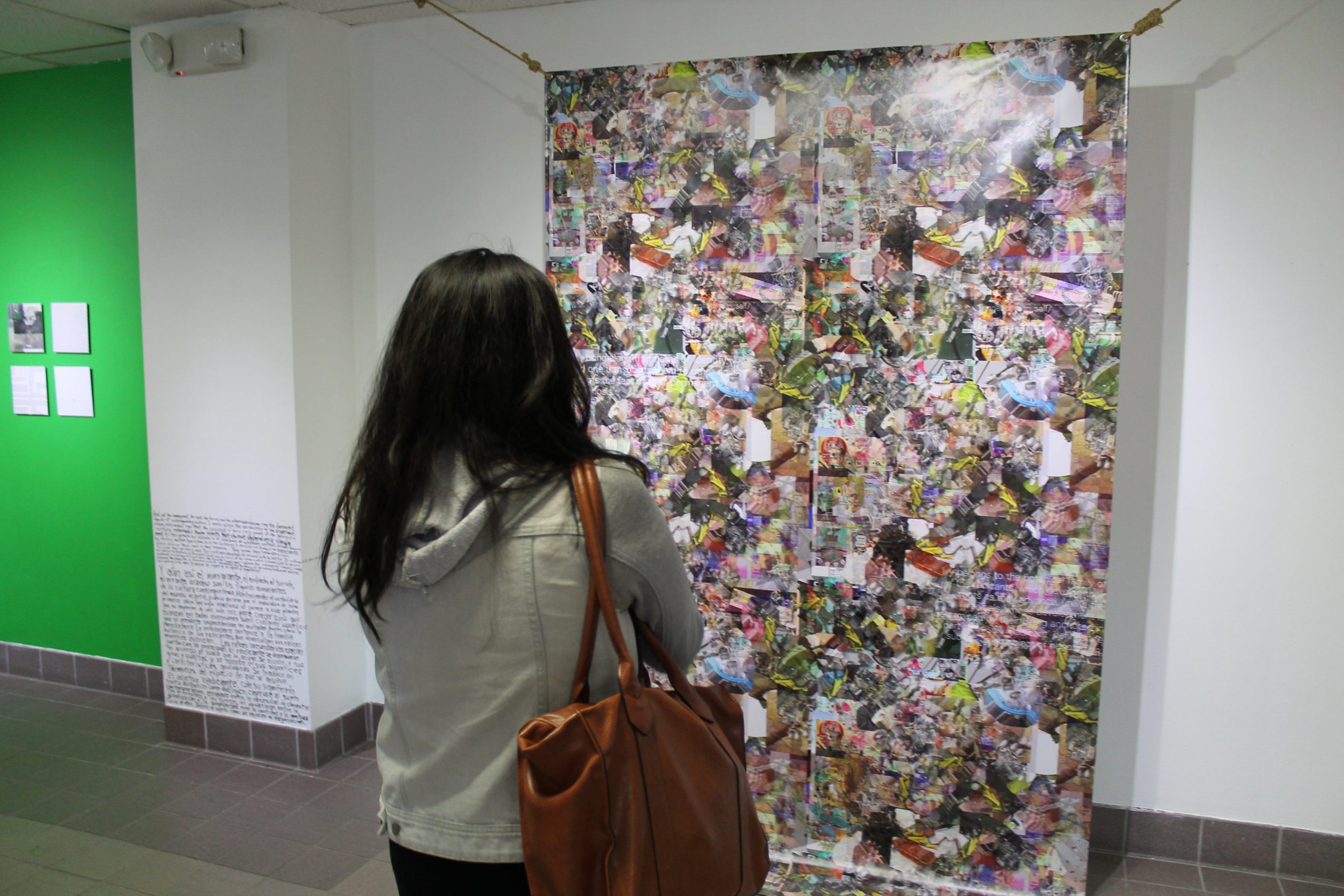 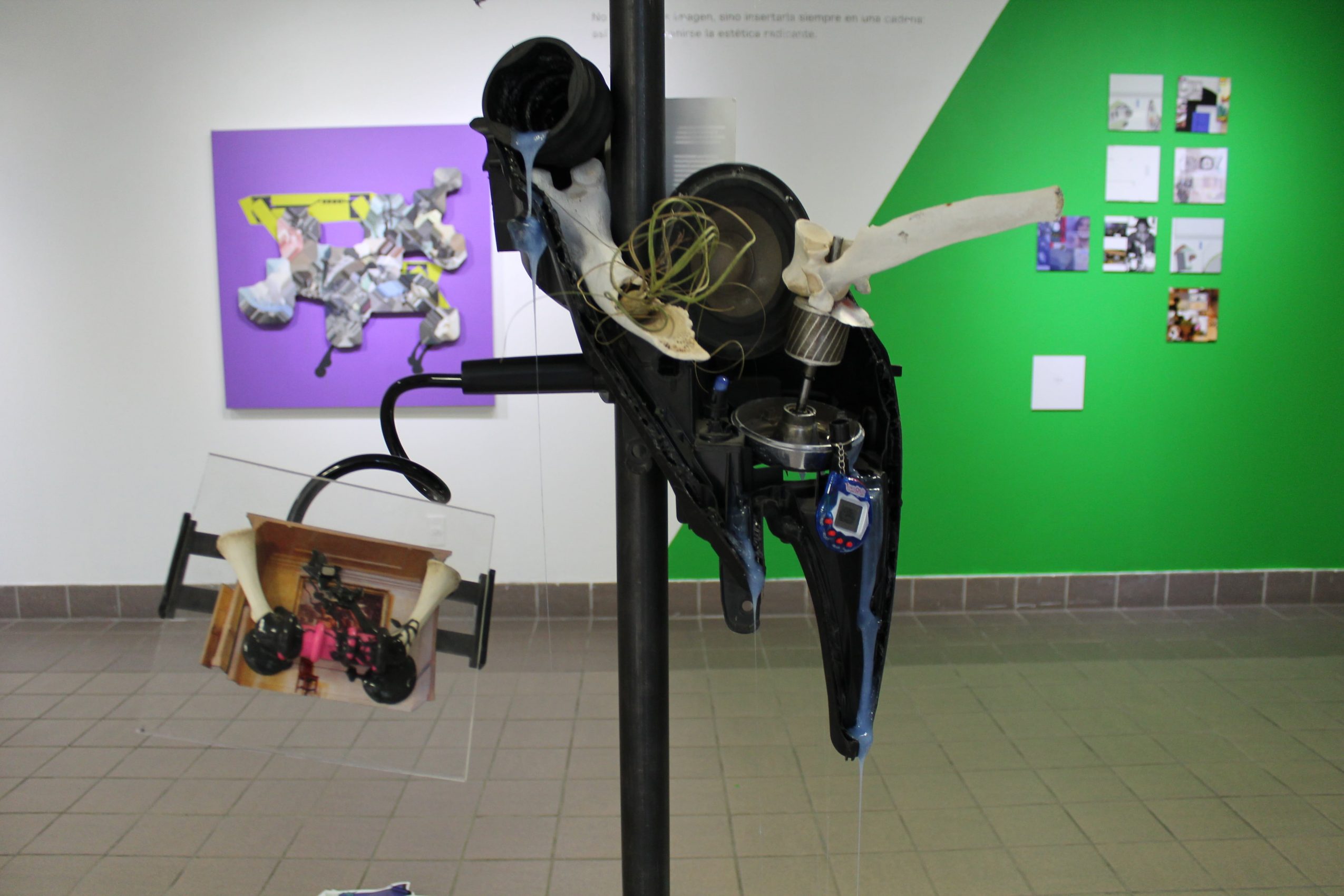 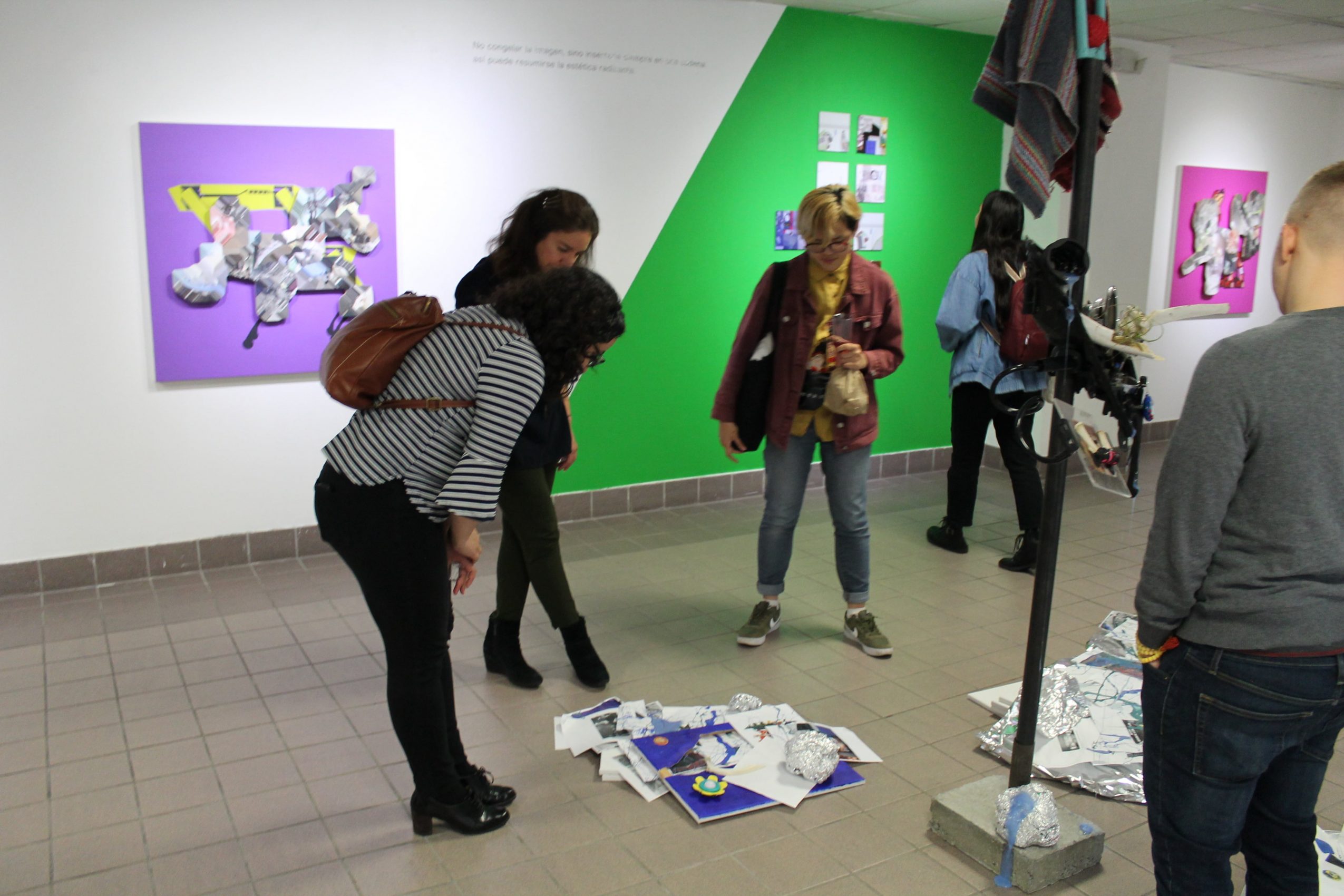 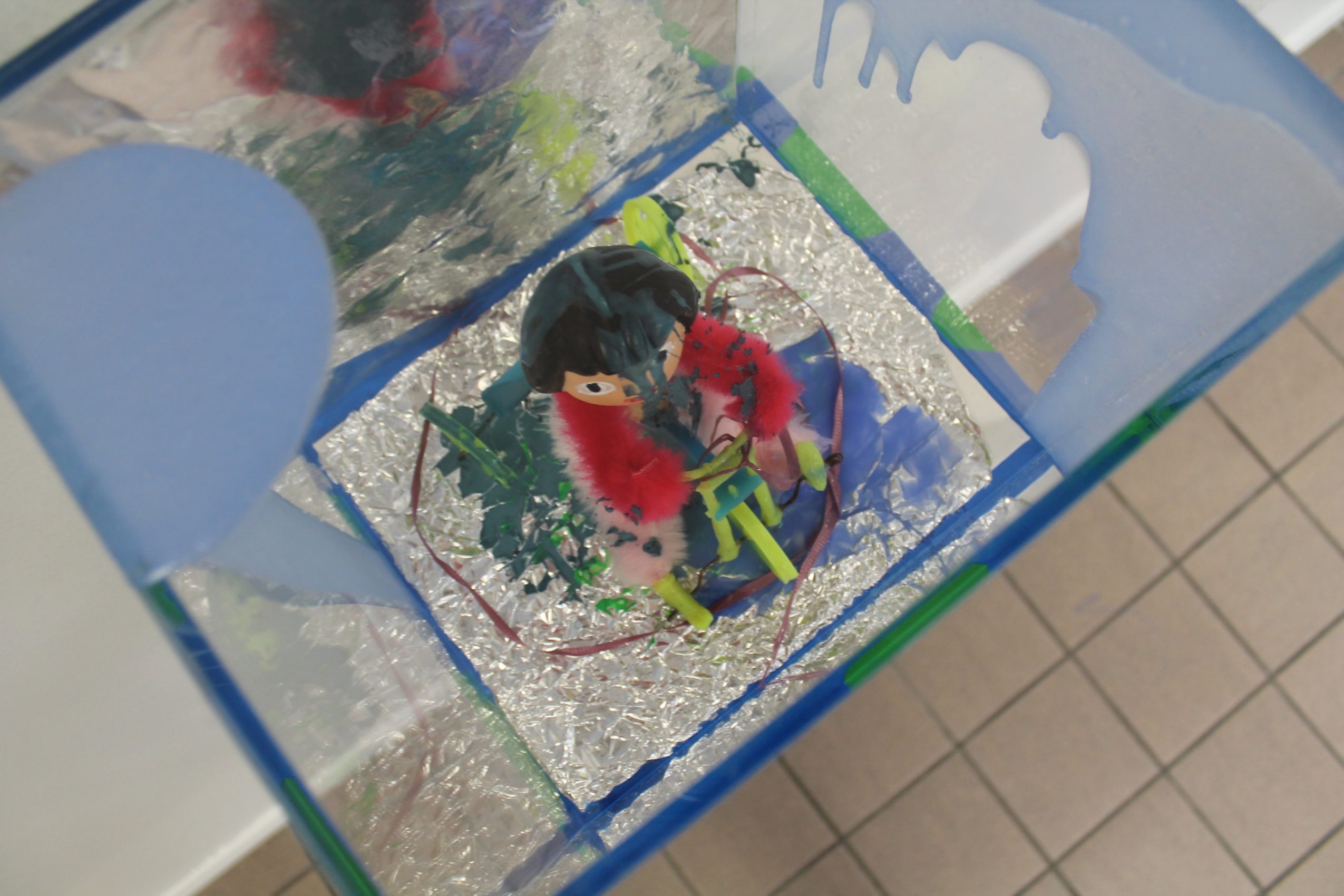 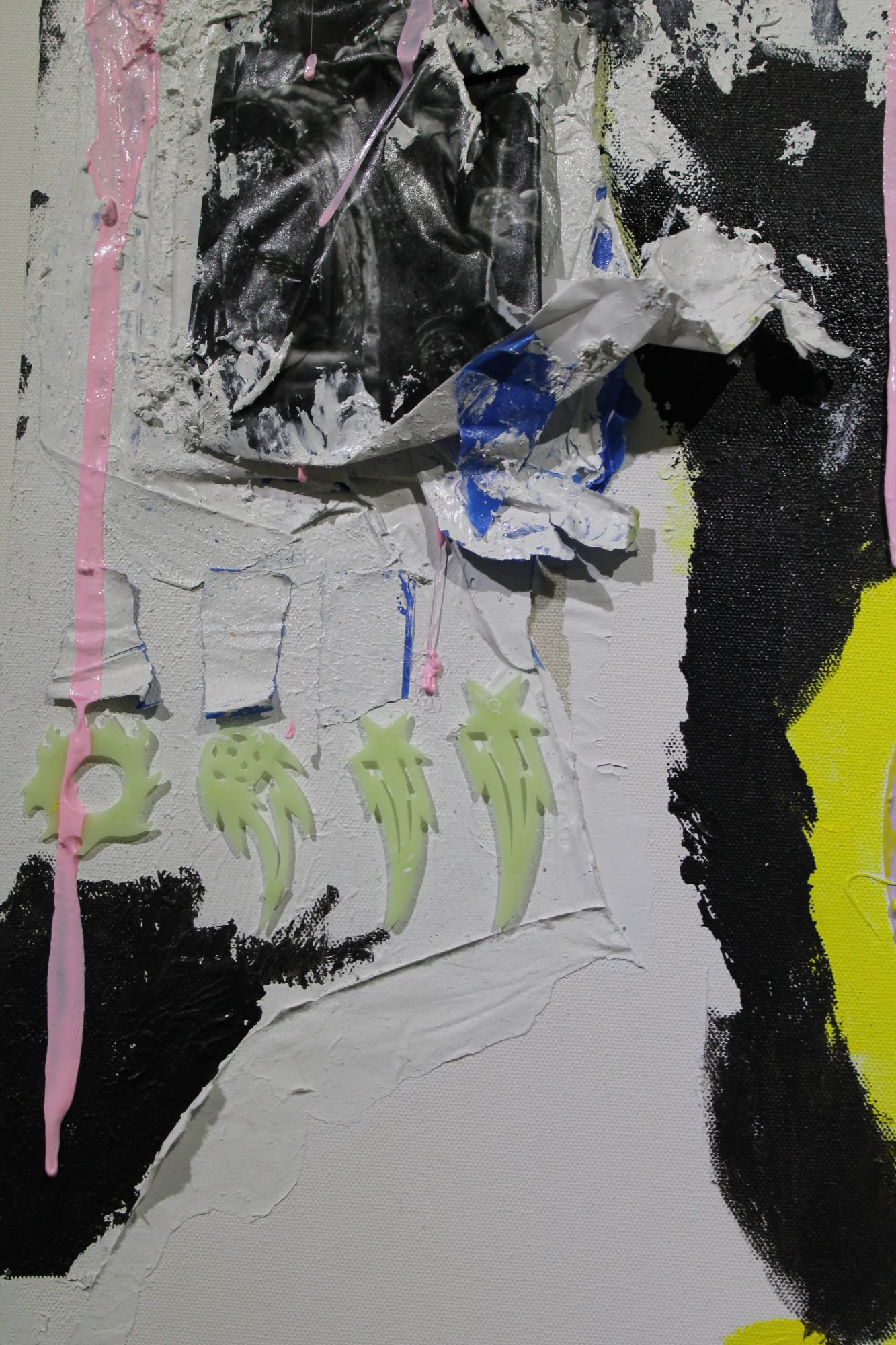 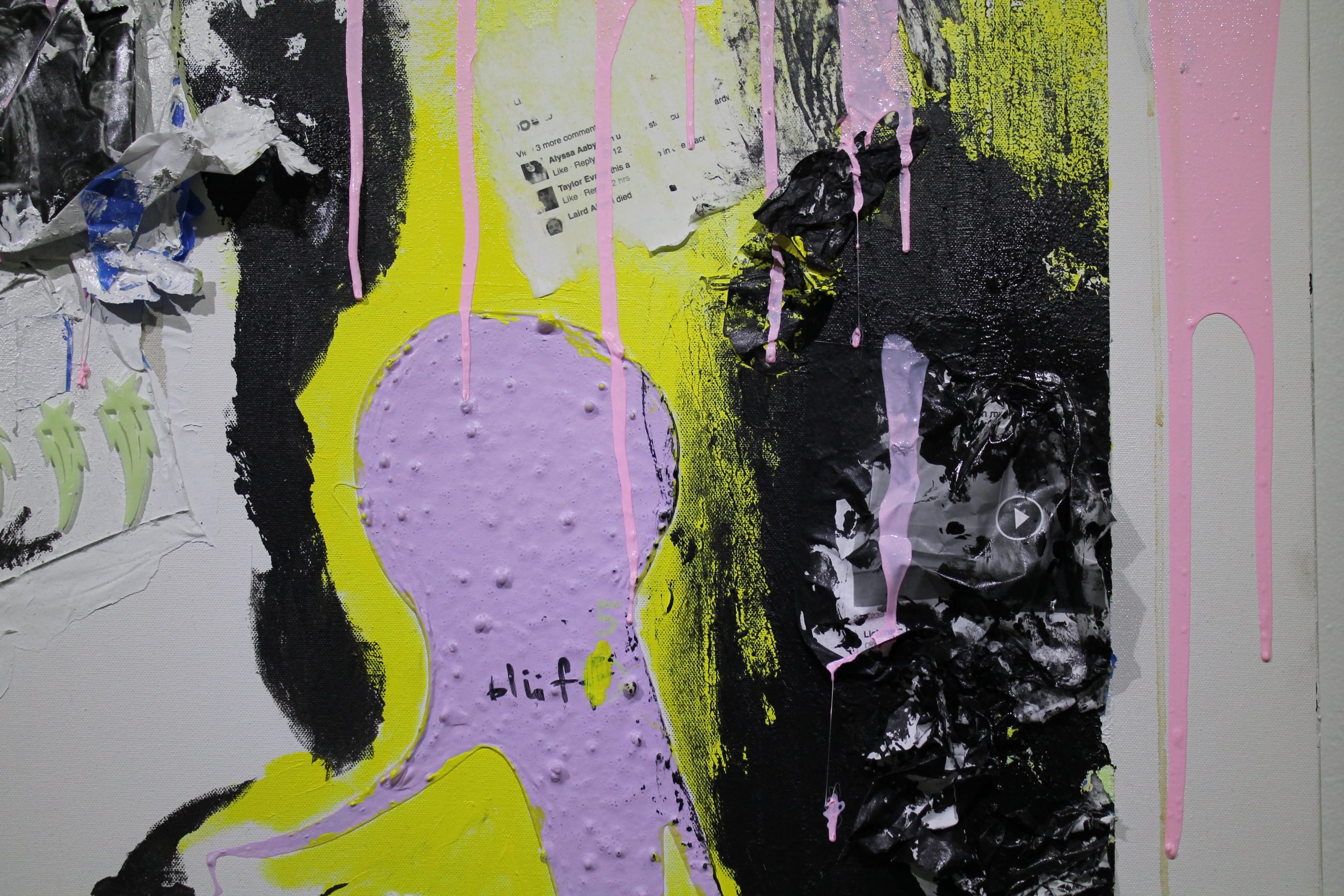 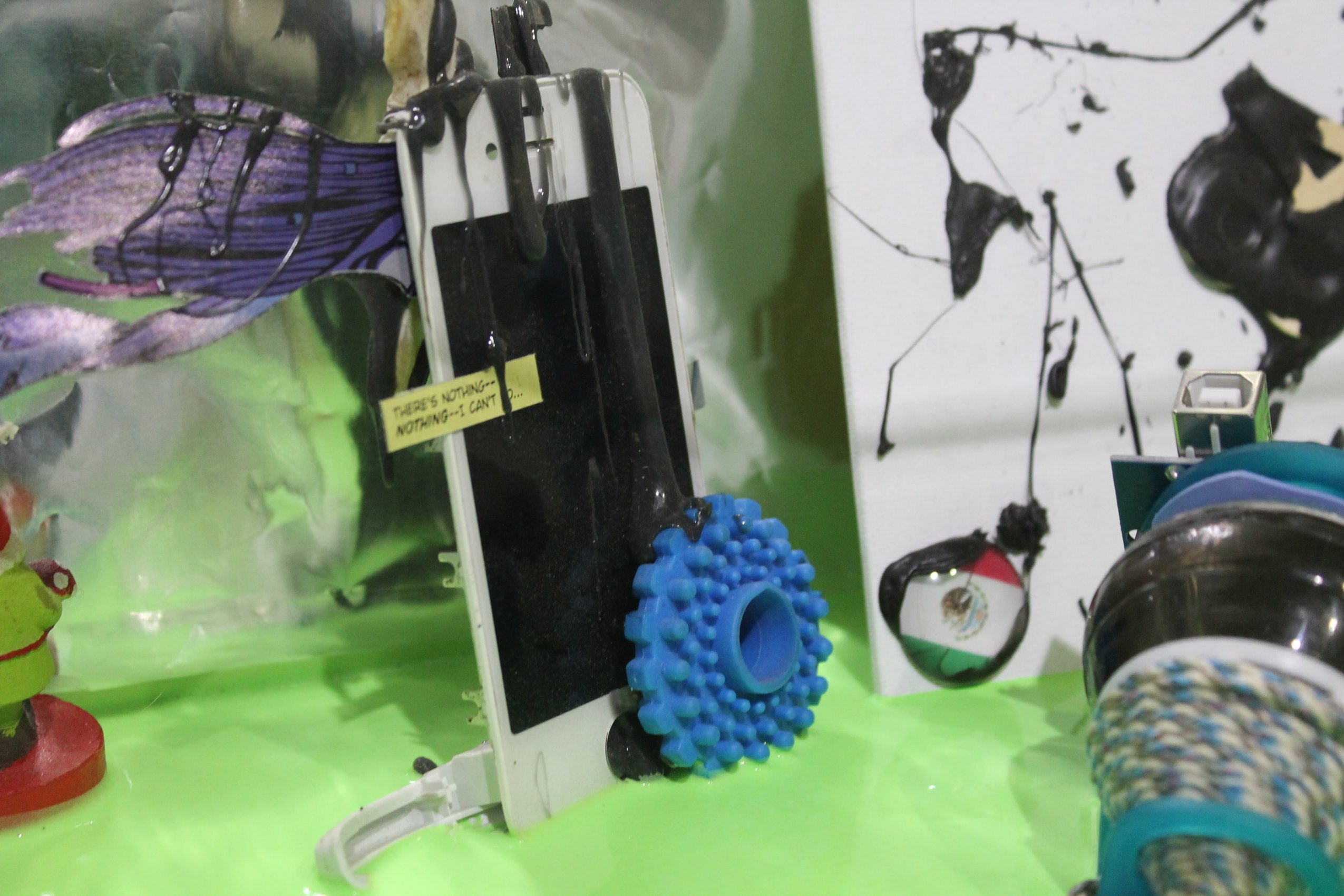 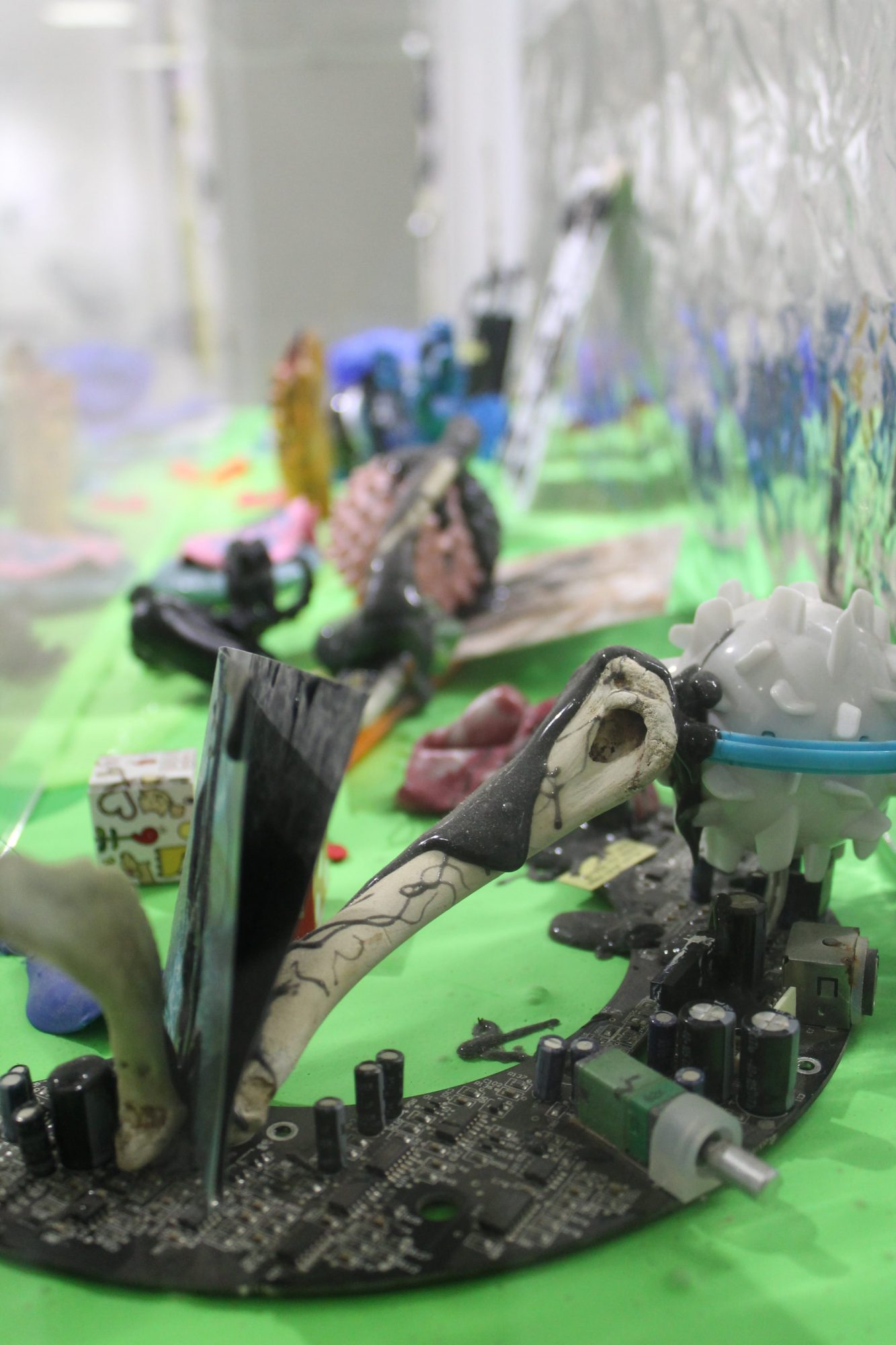 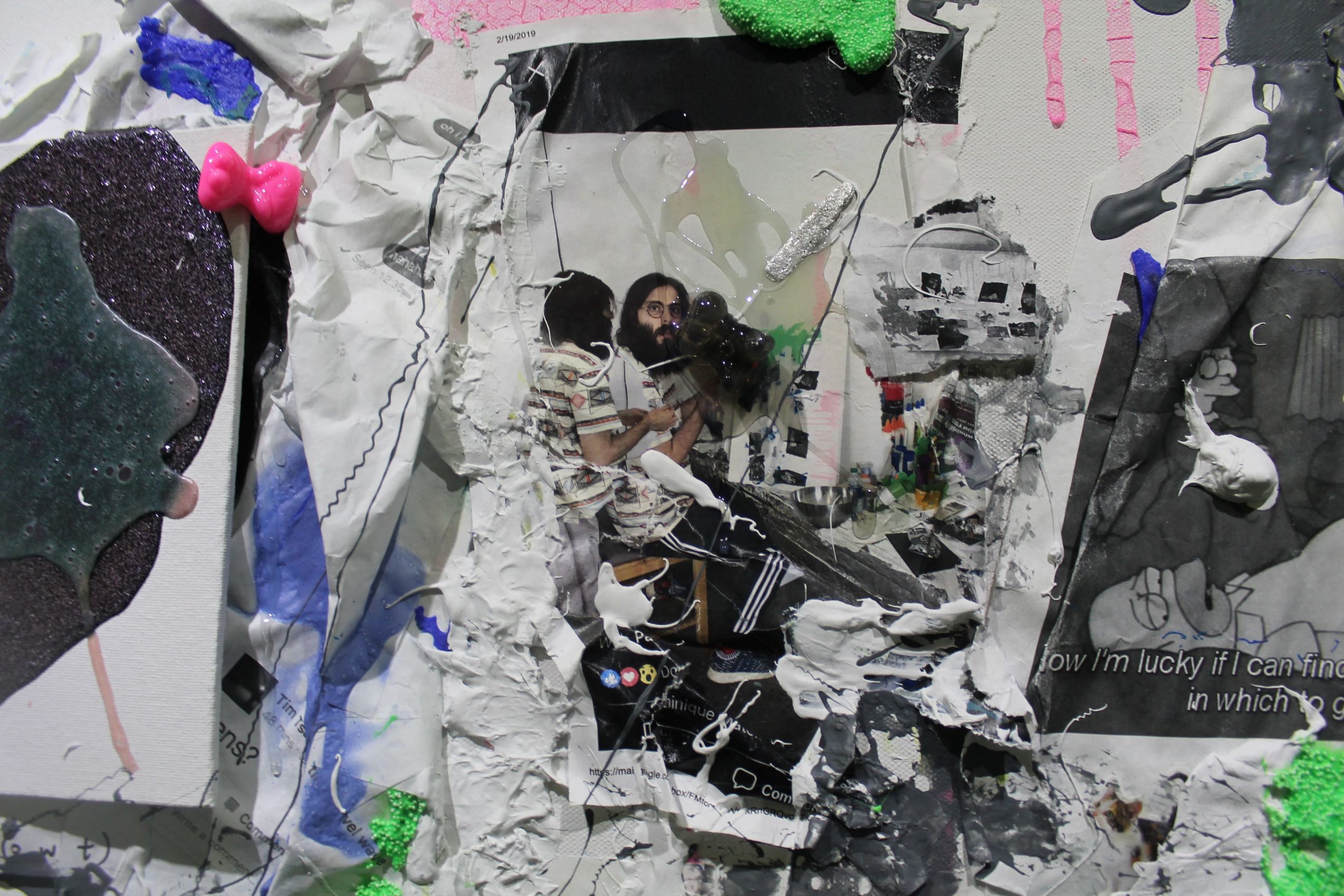 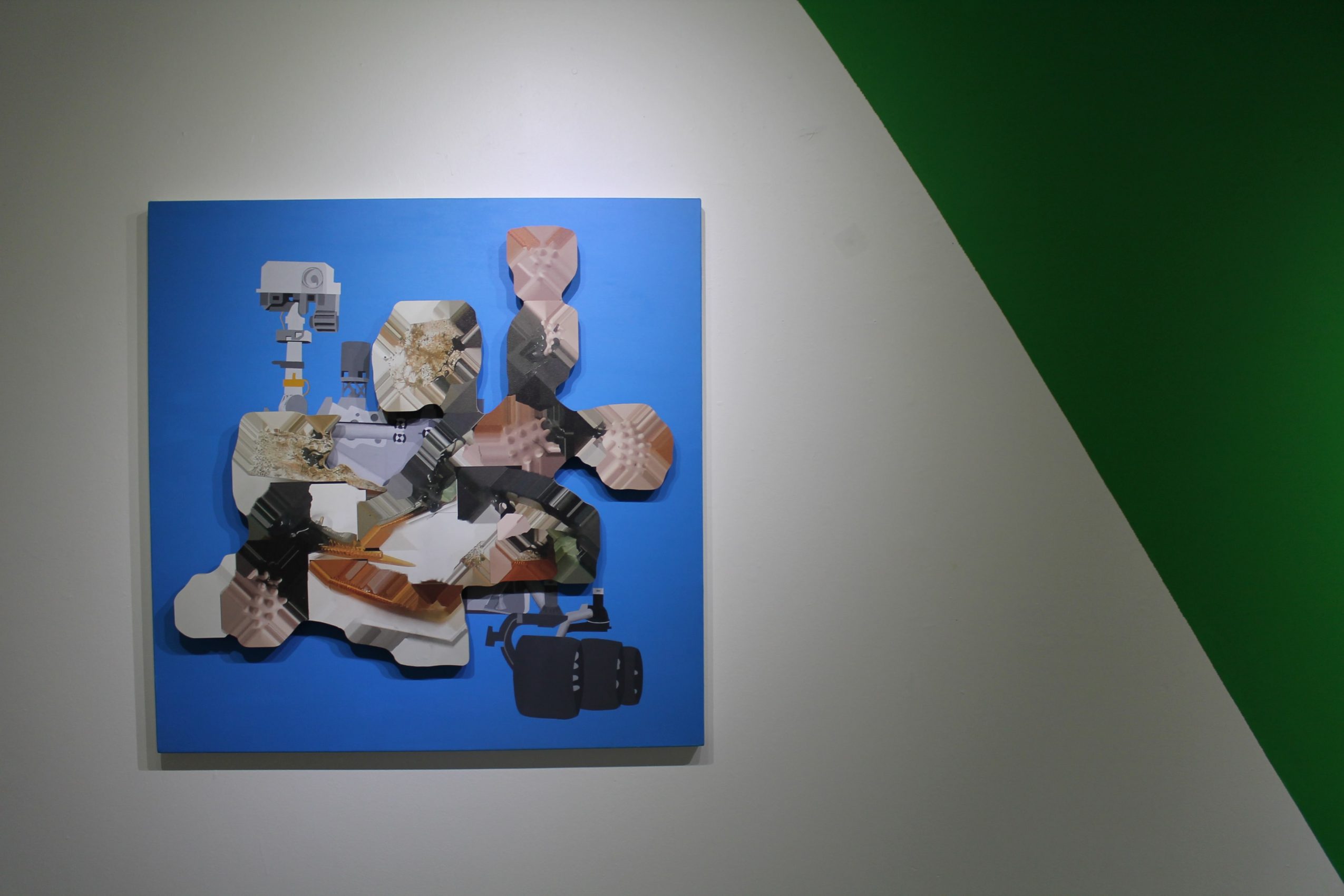